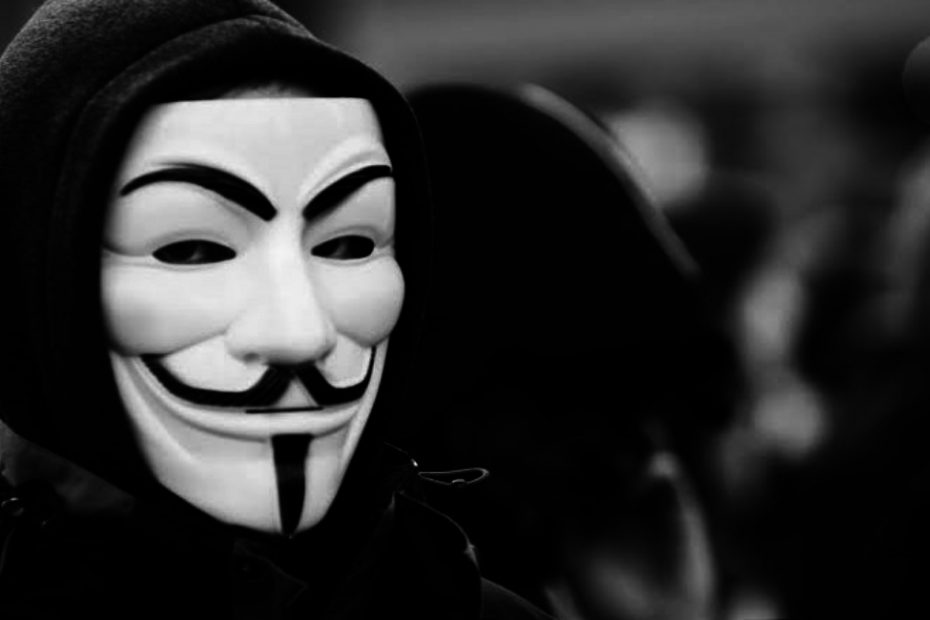 10 Most Dangerous Hacking Groups: Hackers are found in vast numbers in countries such as Russia, China, India, and the United States. These nations have aided in the theft of high-profile networks, websites, banks, and defense systems. A computer hacker can get into a system and obtain unlawful data with the use of superior computing abilities. As the internet grew in popularity, various groups of geniuses, hackers, cyber criminals, crackers, Villains, and cyber pirates formed, each with their own agenda. Although hacking and cybercrime are prohibited, some of these individuals will do so in order to achieve popularity.

Cyber-criminals are hackers who pose a threat to the data of an individual or an organization. Many well-organized hacker organizations exist across the world, and they are well-known for stealing data, breaking into confidential systems, and even causing network damage. Some of these organizations are just as hazardous as each other. Millions of dollars have been lost as a result of the hacker gangs. 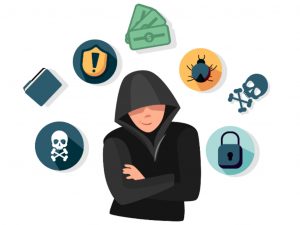 Recommended: Programming languages you need to learn for hacking

10 Famous, Deadliest and Dangerous Hacking Groups in the world

1. The Level Seven: The Level Seven Crew is the world’s most dangerous hacking organization, well known for defacing (The US Embassy in China’s Website) on September 7, 1999, in response to the 1998 US embassy bombings. Vent and foil, whose initial specifics are unclear, established Level Seven in the mid to late 1990s. The gang finally disbanded after the FBI raided the nominal leader ‘vent’ on February 25, 2000. 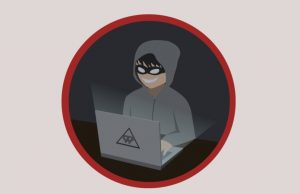 Level Seven is recognized as being the first gang to successfully hack a Moroccan .ma domain and server. By claiming credit for over 60 illegal computer system penetrations in 1999 alone, the organization was named to Attrition’s Top 20 most active groups of all time. Some of the well-known websites hacked by the organization include First American National Bank, the Federal Geographic Data Committee, NASA, and Sheraton Hotels. 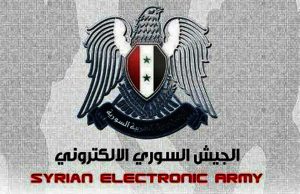 Most dangerous hacking groups in the world

Assad’s The SEA is “the first Arab country to create a public Internet Army housed on its national networks to publicly conduct cyber-attacks on its opponents,” according to a 2011 report. Several hacking tactics were utilized against opposition groups, western news organizations, human rights organizations, and websites that seemed to be unrelated to the Syrian war.

The nature of the connection with the Syrian government is now unclear, and it has evolved over time. From 2011 to 2015, this deadly group of hackers hacked a number of websites.

Also see: Famous Scientists in history and their inventions

3. Lizard Squad: Lizard Squad is comparable to Xbox Underground in that they are both focused with game networks like the PlayStation Network and Xbox Live. The community is well known for launching distributed denial-of-service (DDoS) assaults on gaming-related websites. The Lizard Squad proclaimed its disbandment on September 3, 2014, but then launched a series of attacks. Malaysia Airlines’ website was hacked on January 26, 2015, diverting viewers to a page with a picture of a tuxedo-wearing lizard and the words “Hacked by Cyber Caliphate.” 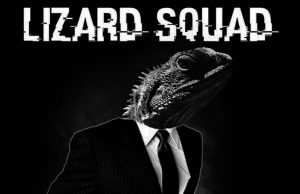 Which are the best hacker groups in the world

According to media reports from around the world, some versions of the takeover featured the phrase “ISIS will prevail,” which cited fears about Lizard Squad’s ties to the Islamic State. Aside with gaming services, the gang took down the North Korean Internet, the Sybil assault on the Tor network, and Machinima.com. Julius Kivimaki (zeekill) is a member of Lizard Squad from Finland who has been charged with 50,000 counts of cybercrime.

Recommended: Top 10 Countries with the highest number of scammers

4. Anonymous: Anonymous is an open online creation group extending throughout various corners of the world, most known for its vengeance (pun intended) against ISIS while sporting Guy Fawkes masks. They fight the injustice of all kinds, in keeping with their vigilante personas, which are revealed by their Guy Fawkes masks. 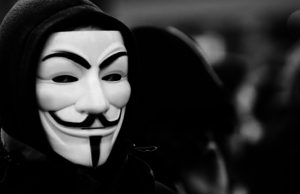 Best hacker groups in the world

They attacked the Church of Scientology, hacked the Pentagon, targeted Visa, PayPal, and MasterCard for refusing to fund WikiLeaks, and shut down several ISIS-affiliated websites. Many people from the Netherlands, the United States, the United Kingdom, Australia, Spain, and Turkey have been detained for alleged membership to Anonymous.

5. LulzSec: LulzSec, or Lulz Security, is a well-known Black Hat hacker outfit that has gained access to Sony, News International, the CIA, FBI, Scotland Yard, and other notable accounts. The organization was so well-known that when it hacked into News Corporation’s account, it spread a bogus claim that Rupert Murdoch had died. 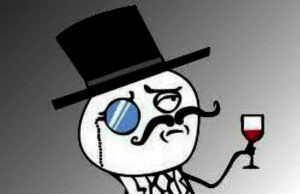 Despite the fact that the gang claims to have ceased its heinous activities, the group’s motto, “Laughing at your Security since 2011!” is still going strong. According to reports, the group hacked into media websites such as The Times and The Sun to announce their retirement news. Many others, however, believe that this group was formed to raise awareness about the scarcity of skilled security hackers.

6. Tarh Andishan: Tarh Andishan, a squad of 20 highly competent individuals, is thought to have been founded in Iran in reaction to the Stuxnet worm assault, which Iran blamed on a combined US-Israeli effort. The organization declared its presence on the global cyber security landscape as a “power to be reckoned with” with Operation Cleaver. 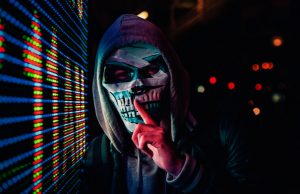 Most Notorious Hacking Groups of All Time

In 16 nations, Operation Cleaver targeted essential infrastructures such as military sites, the oil and gas sector, electricity and utilities, airports, transportation, and hospitals. The organization is reported to have successfully hacked into US Navy networks. SQL injection, automated worm propagation systems, back-doors, and other techniques were used by the group.

6. Xbox Underground: One of the most harmful hacking organizations for gaming websites is Xbox Underground. The group is notorious for hacking into Microsoft’s computer network in order to read the source code of Microsoft games and Xbox consoles. The hack sprang from a desire to learn more about upcoming Xbox releases. The group also hacked the data of Activision, Epic Games, and Valve. 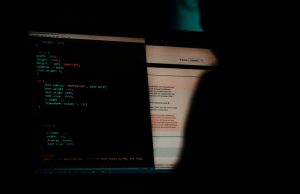 Xbox Underground frequently infiltrated Microsoft’s computer networks between 2011 and 2013. The crew spent hundreds of hours examining, studying, and interpreting the source codes, logs, user credentials, technical specs, and other crucial game data on Microsoft’s network. A substantial attempt by the gang to breach the US military’s security network was also made.

7. Chaos Computer Club (CCC): CCC is a good hacking group that has been teaching the general people about technology since the 1980s, and it was founded in Berlin in 1980. It is one of the largest European hacking groups. CCC’s mission is to find security flaws in major government and private sector services. They said that they had to engage a number of legal advisers before determining what constitutes unlawful hacking and what constitutes a legal grey area in hacking. 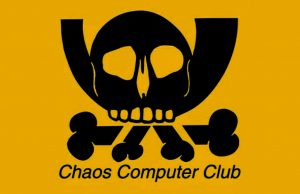 When they stole 134,000 marks from a bank in Hamburg using their Bildschirmtext website, they confirmed their aims. They demonstrated their actual intentions by repaying the whole sum after discovering the website’s security issue. They were found guilty, however, of supplying source code to the KGB from US firms and the government.

8. GlobalHell: This was a hacking organization founded by Patrick Gregory, a member of a street gang. The group’s activities include compromising 115 websites and deleting their data, causing millions of dollars in losses. Despite the fact that Gregory turned to computers, his gang acted like a street gang, routinely putting “global hell shall not die” on the US Army’s website.

Also see: Biochemistry or Microbiology, Which Is Better? Answered

9. UGNazi: In 2012, UGNazi was one of the hacking groups that shut down Twitter throughout the world. The site remained out for two hours, and it was one of the worst outages the site has ever experienced. UGNazi is for Underground Nazi Hacktivist Group, which was founded in 2011 and is responsible for Distributed Denial of Service (DDoS) assaults on US government websites in protest of the CISPA and SOPA bills.

Cosmo, or Cosmo the God, a 15-year hacker from the UGNazi gang, was condemned to juvenile court in 2012. The gang has targeted a number of well-known US government websites, including the CIA, the Washington Military Department, and others.

While some of these hacking organizations have a social or political objective driving their creation and operations, others are simply gangs of people looking to scare people. While some, like Anonymous, have acquired favor among people for attacking terrorist organizations like ISIS, others have attracted widespread contempt and condemnation for making public services powerless simply for their personal benefit. Their stomping out is akin to chopping down a tree with seeds in its blooms; the seeds spilled from one tree grow many others.