Most Famous Scientists in the World and their Discoveries 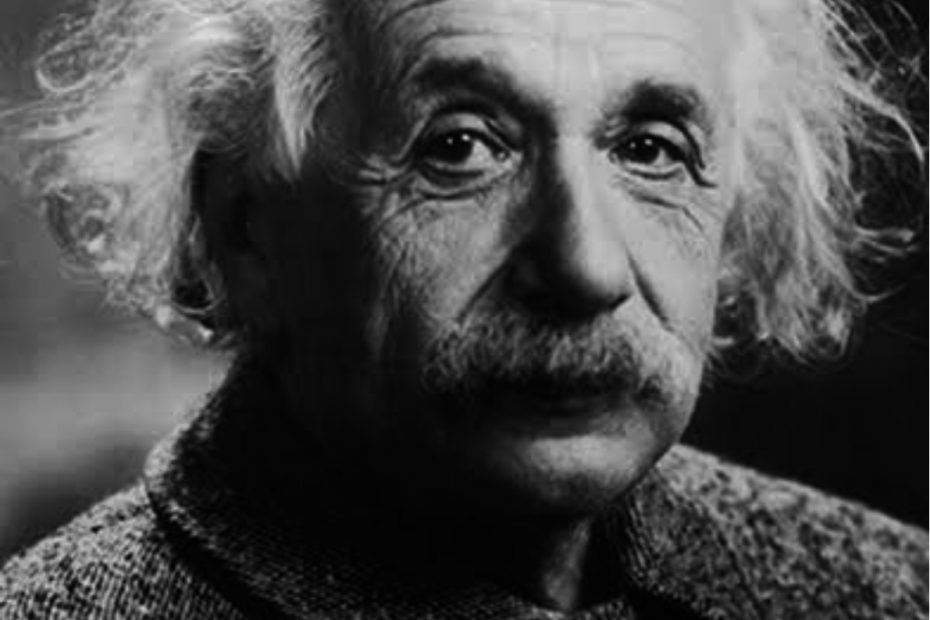 Famous Scientists and Their Discoveries: Numerous scientists and thinkers have worked tirelessly throughout the ages to keep the engine of development spinning. We honour some of the most prominent scientists of all time in this article, as well as their significant contributions to science.

All of the innovations that improve our lives, all of the medications and hospital instruments that save human lives, and even our whole knowledge of the world are the product of the painstaking work of all of those scientists who spent hundreds of hours creating and finding these things.

Each of these great minds has made incalculable contributions to humanity, which will be remembered forever. In no specified sequence, here is a list of several of the world’s finest and most renowned scientists, and including brief explanations of the items they developed or discovered.

Top 10 Famous Scientists in the world and their Discoveries 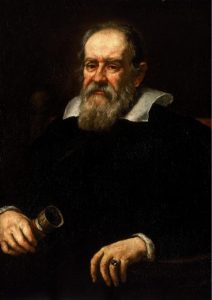 Timeline of famous scientists and their discoveries

Galileo Galilei was an Italian scientist, mathematician, physicist, engineer, and philosopher who lived during the Renaissance period. He is considered the founder of modern astronomical observation, modern physics, and modern science. Galileo is primarily renowned for his accomplishments in astronomy, among his many inventions and discoveries.

He used the telescope to affirm Venus’ phases, identify and report Jupiter’s four biggest satellites, which have been dubbed Galilean moons in his honour, and examine and analyze sunspots. He even advocated for heliocentricism at a time when the majority of the world believed in geocentrism. 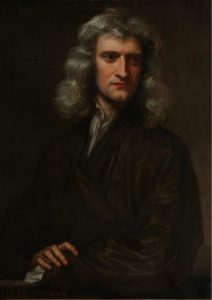 Scientists and their contributions

Sir Isaac Newton, an English mathematician and astronomer, is largely regarded as among the finest and most important scientists in history. He was a crucial figure in the invention of calculus and, as a result of his considerable research into light, he created the first workable reflecting telescope, a tool that is still used to examine the skies today.

However, it was his discovery of gravity that was possibly the most important and well-known of all. Newton was able to explain why an apple fell towards the Earth rather than away from it, as well as establish the mathematical foundation for this theory and characterize object motion. His discoveries laid the groundwork for classical mechanics and are regarded as among the most important contributions to the field of physics.

Also see: 10 Best science courses to study in the university 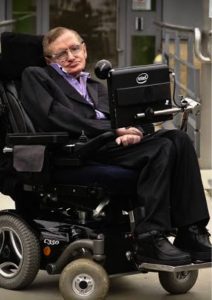 Stephen William Hawking is a quantum physicist, cosmologist, author, and Research director at the University of Cambridge’s Centre for Theoretical Cosmology. Hawking had a slow-progressing type of ALS since the age of 21, which eventually crippled him. Despite this, he went on to be among the most well-known scientists of the contemporary era.

In the context of general relativity, he teamed with Roger Penrose and formulated the gravitational singularity theorems. Hawking radiation was named after him because he predicted that black holes would produce radiation. He was also the first to attempt to explain cosmology using a synthesis of general relativity and quantum physics. 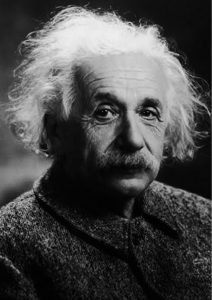 Timeline of famous scientists and their discoveries

Albert Einstein was a particle physicist born in Germany and is largely considered as among history’s most brilliant brains. He was solely responsible for the formulation of the present theory of gravity, as well as a portion of the advancement of quantum mechanics, as these are foundational concepts in contemporary physics.

For decades, his regular and special theories of relativity have captivated the scientific world, and they are regarded to be so difficult that only a few individuals can fully comprehend them. Einstein is well renowned for his equation E=mc2, which describes the relationship between energy and mass and is used to generate atomic energy. 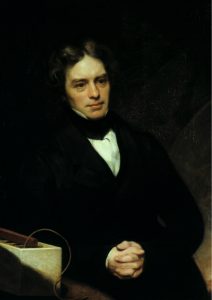 Famous Scientists and Their Discoveries

Michael Faraday, a British citizen born in 1791, was the child of a blacksmith who had to drop out of school at grade 4. He began working as a bookbinder while also learning to read and write. After studying several significant academic books during his days, he acquired a passion for physics, particularly electricity.

Faraday is most credited with discovering electromagnetic inductions and rotations, as well as field theory, dia-magnetization, and the magneto-optical phenomenon. The electric motor and Faraday’s ring were both created by this modest genius.

Faraday’s inquisitive and interested personality led him to take chemistry classes and then teach as a lecturer at the Royal Institution after Humphry Davy departed. 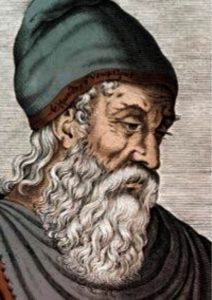 Famous Scientists and Their Inventions

Archimedes, known as the greatest mathematician of all time, created significant and influential knowledge in the world of mathematical physics and engineering, which is still employed in machines and buildings today. Archimedes, who was conceived in 287 BC, is among the greatest scientists who made breakthroughs in both theory and practice.

He established the concept of infinitesimals and set the groundwork for calculus. He explained the first finite geometric progression and calculated the areas and volumes of spheres and parabolic segments.

In the areas of statics and hydrostatics, he also formulated the principle of the lever, density, fluid balance, and buoyancy. He is deemed as the forerunner of formal science, which began in Ancient Greece. 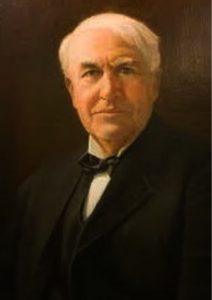 most famous Scientists and Their Discoveries

Thomas Alva Edison, also known as “The Magician of Menlo Park,” was conceived in 1847. Edison was a brilliant engineer and inventor who registered 1,093 innovations throughout his lifetime. The majority of Edison’s inventions include battery cells, phonographs, cement, mineral extraction, telegraphs, lights, and power.

He also enhanced Graham Bell’s telephone and created the kinetoscope, which was used to watch moving pictures. He was spotted working about 20 hours daily.

With his electro-graphic vote tracker for the legislature, Edison conceived of the electronic voting system. He also devised methods for preserving fruits by vacuuming them. Edison developed the storage battery concept, which was eventually adopted by Henry Ford in his car.

Marie Curie bears the distinction of being the first woman to receive a Nobel Prize. Curie was birthed in the year 1867 in Warsaw, Poland, to a family of five children.

Because of her commitment to work, Marie Curie has always been a source of encouragement for many female scientists. She developed the first transportable X-ray machine, which assisted in the examination of injured infantry soldiers.

She is also responsible for the discovery of radium. Curie tested the radioactivity of many elements and discovered thorium. She also developed the pitch-blend, a radiation source that was more potent than uranium or thorium. With her development of radioactive materials, she has been dubbed “the mother of the nuclear bomb.”

Recommended: Impact of colonialism in African

In the disciplines of physics, technology, and medicine, Louis Pasteur made significant contributions. This brilliant scientist was born in 1822 and dedicated his life to biochemistry and microbiology.

Pasteur was the first researcher to investigate the effects of bacteria on the degradation of dietary ingredients. He also discussed biogenesis and presented the “Germ Theory”. He also developed a method of toning and treating milk that was free of microbes that caused harm, which he dubbed “pasteurization.”

Pasteur is also credited for discovering the treatment for puerperal fever and developing rabies and anthrax vaccinations. On a molecular level, he also described the asymmetry in many crystals.

Aristotle was a brilliant Greek philosopher and scientist who studied under Plato and served as a teacher to Alexander the Great. Aristotle, who was born in 384 BC, was a scientist, naturalist, ethicist, political scientist, and rhetoric and logic master. He also offered physics and metaphysics theories.

With his broad thinking and voluminous writings, Aristotle garnered expertise in a variety of subjects. However, just a small portion of his writings have been saved. Aristotle organized plant and animal specimens into collections and categorised them according to their qualities, establishing a standard for future study. He also presented theories on scientific philosophy.

Also see: How to become a mathematics guru

It’s crucial to remember that the above list is by no means complete. There have been innumerable scientists throughout history who have made significant contributions to humanity, both major and little, and we may expect many more names to emerge in the years ahead.