Exceptions to Delegatus Non Potest Delegare: The Rule of Non-Delegation 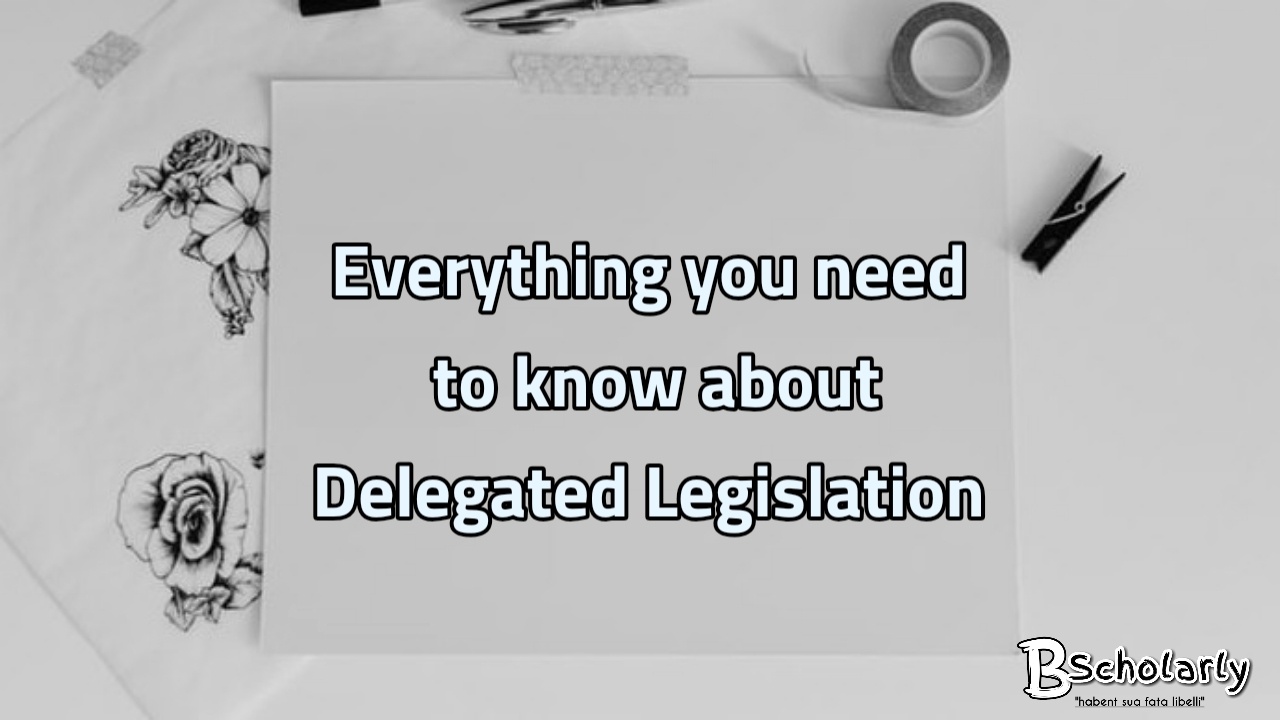 Exceptions To Delegatus non Potest Delegare: Delegation is basically the act of transferring authority temporarily by a person having authority to do a specific act, to another person. It is the entrusting into another person the cloak of authority, empowering him to act as representative however, entrusted the power in the first place to do a certain act.

In delegation, the person who is entrusted the power must be someone who ordinarily would have no such authority to act in that capacity in the first place. It is important to note that power doesn’t leave the principal (the person entrusting) completely.

The features of delegation are:

a. Pursuant to the Latin maxim, ‘quit facit per alium, facit per se’; meaning one cannot delegate what he has not got the power to do. Hence, the act delegated to another person must be something the principal can do for and by himself.

b. The principal doesn’t bequeath all his authority to the person being delegated, as he still reserves the right to ask for accountability. Also, this authority can be withdrawn any time by the principal.

c. The delegation may be to do a specific act, that is, limited to a specific operation or for a series of transaction (general).

d. Delegation creates a corresponding obligation between the principal and the person being delegated (agent). The agent owes the duty to perform the act personally and in the interest of the principal. In the same vein, the principal owes the duty to remunerate the agent if it is included in the contract, and indemnify him for any loss occurring as a result of the delegation.

Also see: How to become a successful lawyer: Qualities of a good lawyer

The term ‘delegatus non protest delegare’ is a Latin maxim which means that a delegate cannot further delegate his delegated duties and authority to another person. It’s most most significant in the fields of constitutional law and the law of agency. 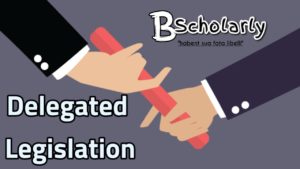 Exceptions to the doctrine of non-delegation

The doctrine posits that when a delegate delegates his duties, it is deemed that the sub delegate (the person the delegate delegated to) has no authority to act, and hence, every act done by the subagent is deemed voidable. This is because there is a trust/confidence present in the initial entrustment, probably due to close relationship between the principal or the agent, or knowledge of the capacity of the agent to perform the required judiciously.

The law of agency has developed over the years to allow for a transfer of authority from the principal to the agent, empowering him to step in the shoes of the principal and act in his stead. However, the agents do not have absolute authority and are restricted to the terms stipulated in the contract between the principal and the agent. Hence, where the agent begins a journey of frolic on his own, his actions are not bound on the principal. 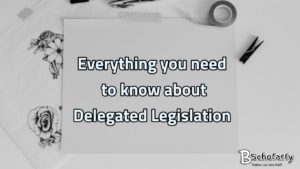 What are the exceptions to delegatus non potest delegare? Answered

Agency relationship can be created in the following ways:

a. By express appointment: this is when the principal (person delegating the authority) expressly, without mincing words, delegates to the agent, authority to execute certain acts or transaction. The agency relationship could be via writing, by conduct or verbally. There are of course exceptions where appointment of agents must be by writing. Examples are when the relationship is in relation to a deed or execution of the deed. In the case of Abina v Farhat, it was held that under appointment by deed, it must be in writing.

1. The principal must be known and identified to the third party

2. The principal must be abreast with all the full facts

3. The principal must be ready to ratify all the agreement in the contract

4. The principal must be in existence at the time of the contract.

d. By Estoppel: this is where the principal is bound to act as a principal for the actions of the agent where he makes the third party think the agent is really an agent for the principal, even when no such relationship in fact does exist. The principal is estopped by law from stating otherwise.

Recommended: 10 Law books every lawyer and law students must read

e. By Implication of law: Under this, there is agency by co- habitation and agency by necessity. Under co- habitation, the husband is seen as a principal to the wife, or girlfriend, by virtue of co- habitation, as stated in the case of Ryan v Sams, and is expected to pay for necessaries bought by the woman. There are of course exceptions to this rule. The exceptions are:

1. Where he has told the tradesperson not to sell goods to the woman on his credit

2. Where he can prove that he has provided her enough necessaries

3. Where he can prove that she has enough money to provide for herself enough necessaries

4. Where the goods were sold on the wife’s credit, and not his.

For necessity, the agency relationship is created where there is an existing exigency, and the agent cannot communicate to the principal, so he does acts not authorized by the principal, but presuming them to be in the bonafide interest of the principal.

For a better understanding of the principle of delegatus non potest delegare, I highly recommend that you watch the YouTube video below. Trust me, you will learn more by watching.

2. The principle of ‘delegatus non protest delegare’ also loses its grip where the delegation is necessary. That is, the act cannot be carried on efficiently to the satisfaction of the principal if the duties are not delegated.

3. Another exception is where the custom and practice of the profession requires or allows for delegation. Here the agent is allowed to delegate to a sub agent.

In conclusion, the principal delegating the act should delegate the things he can do personally. However, where the authority to do a certain act occurs as a result of the principal holding a public office, such authority cannot be transferred to another person.

Furthermore, the law is not against delegation of authority to other people. However, the agent is banned from delegating act delegated to him because it would be a betrayal of trust reposed in him. An agent owes to his principal the duty of personal performance. But the rule, as every other rule in law is not without exceptions.

1 thought on “Exceptions to Delegatus Non Potest Delegare: The Rule of Non-Delegation”