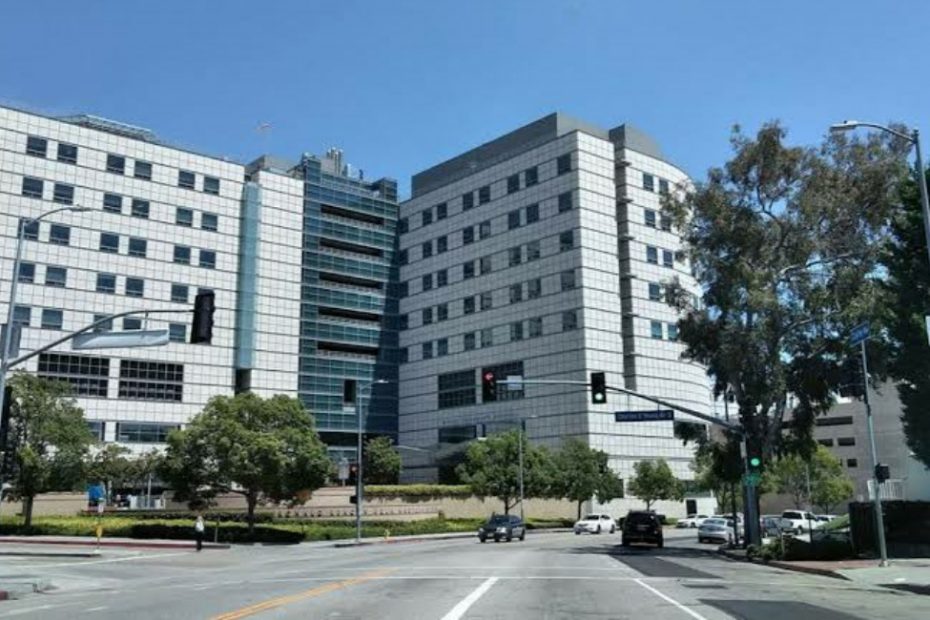 Top 12 Best Hospitals in the World: Health care is the most politically difficult, closely regulated, scientifically significant, and commercially significant of all the industries on the verge of transformation. The healthcare industry is undeniably among a country’s most important sectors. That is why it is frequently awarded large sums of money to enhance hospitals and research centers. The healthcare industry is being confronted with a slew of issues.

Advances in medical research, health dangers, strict healthcare laws, expensive expenditures, and many more factors are among them. To be considered among the greatest in the world, a hospital must be able to deal with the obstacles listed above. It must also be able to provide high-quality healthcare to its patients. If you’re curious about the top ten best hospitals in the world in, we’ve compiled a list for you.

Top 12 Biggest/Best Hospitals in the World 2022 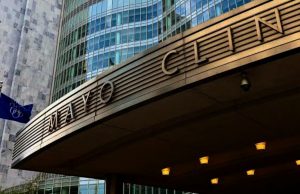 Best private hospitals in the world

The Mayo Clinic in Rochester, Minnesota, has given patients with comprehensive medical treatment for more than a century. According to research, Its healthcare system currently serves over 1.3 million people yearly, including facilities in Arizona, Florida, and Minnesota, and also over 19 clinics throughout five states.

But it’s the nonprofit’s unrivaled teaching arm, which includes the Mayo Clinic Alix School of Medicine and 57 research institutes, that sets it unique, bringing critical innovation to the medical community as a whole (more than 7,200 peer-reviewed publications to date). The Mayo Clinic takes the top rank thanks to this, as well as excellent patient care. 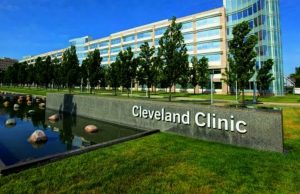 The Cleveland Clinic is among the world’s largest medical providers, with almost 8 million patient visits in 2017 at facilities in the United States, Canada, and the United Arab Emirates. The Miller Family Heart & Vascular Institute’s heart and heart surgery program has been named #1 in America every year since1995, and it was the first major medical center to collaborate with patient-centered institutes to integrate clinical services around a specific disease or organ system.

It has also held the Patient Experience: Sensitivity & Innovation Summit for the past ten years, the world’s largest conference on the integration of patient experience and digital medical technology.

Recommended: Advantages and Disadvantages of being a lawyer 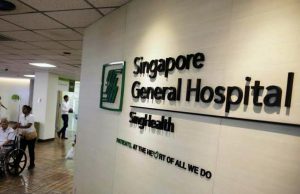 Founded in 1821 as a British imperial soldier cantonment at the banks of the Singapore River, Singapore’s oldest hospital has developed into the island nation’s biggest health facility, servicing over 1 million patients yearly. The SGH, as a tertiary referral hospital with auxiliary on-campus specialized clinics, serves patients with affordable treatment, leads patient-driven clinical research, and educates students and medical professionals from undergraduate to postgraduate levels.

The American Nurses Credentialing Center gave it the Magnet certification for nursing excellence in2010, making it the first hospital in Asia to do so. 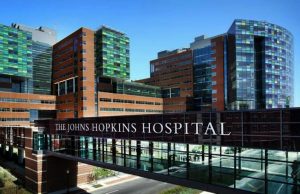 Johns Hopkins University’s School of Medicine is the second-highest-rated medical school in America (after Harvard Medical School), offering some of the most advanced clinical research in the world.

The Baltimore-based institution was founded in the late 1800s by the banker, philanthropist, and abolitionist for whom it is named. Up to 3 million patients are seen yearly by the hospital’s health system, which includes six academic and commercial hospitals, four health care and surgery centers, and over 40 patient care sites. The Hopkins Gender Identity Clinic, a pioneer in neurosurgery and child psychiatry, was also the first in the United States to perform male-to-female reassignment surgery.

Recommended: Countries with the best infrastructures in the world 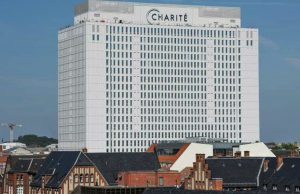 This Berlin-based research hospital, affiliated with Humboldt University and Freie Universität Berlin, employs 13,700 people (including more than half of Germany’s Nobel laureates in physiology or medicine) who work on over 1,000 patient-oriented research projects through interdisciplinary collaboration.

With biotech startup laboratories, advisory positions, and commercial efforts centered on the intersection of technology and health, Charité—which marked its tricentennial in 2010—is on the cutting edge of biomedical innovation as a hospital. 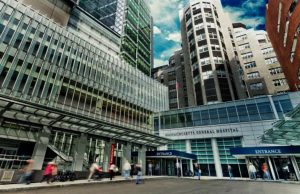 MGH, which is based in Boston, is the country’s third-oldest hospital. Moreover, it serves as a teaching hospital for Harvard Medical School, the nation’s best medical school, with nearly several of its physicians working as Harvard Medical School professors. It also boasts the biggest hospital-based research program, with an annual research expenditure of more than $912 million.

At any one moment, Mass General is conducting approximately 1,200 clinical studies. MGH ranked first on the Nature Index in 2016–17, publishing more publications in “strong” journals than any other American hospital. Combating the opioid crisis and investigating the influence of social and economic status on health are two current efforts.

Also see: Countries with the highest cost of living 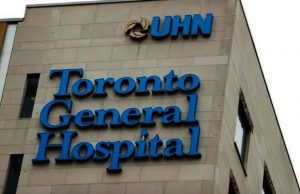 TGH is among nine locations that make up Canada’s University Health Network. It is also the country’s largest and best-funded research organization, as well as North America’s largest transplant facility. It dominates transplantation research and innovation as the teaching hospital for the University of Toronto, having performed several “feats,” such as a triple organ transplant (double-lung, liver, and pancreas) in 2015.

The Peter Munk Cardiac Centre, a worldwide pioneer in open-heart surgery and cardiovascular health (named after the founder of Barrick Gold, who gave more than $175 million), is housed within TGH.

Japan’s important medical center has enhanced medical research and practice while also training the country’s finest physicians and researchers. The hospital’s focus in Japan and across the world is on patient well-being.

In 2017, the company’s specialist clinical divisions completed 35 studies and treated over 1 million patients. The institution pioneered the Department of Disaster Medical Management in 2012.

The world-class CHUV is a teaching hospital for the country’s French-speaking people, located in Lausanne, Switzerland, beneath the snowcapped hills encircling Lake Geneva.

The World Health Organization picked it as one of just two hospitals in Switzerland’s “Health Valley” (home to over 1,000 biotech and medical technology businesses) to perform the crucial Ebola vaccine trials in October 2014. CHUV is also dedicated to disseminating cutting-edge medical practices via its free magazine, In Vivo, which is published in both French and English.

The Tel Aviv University-affiliated tertiary referral hospital comprises centers for practically all clinical divisions and specializations, and serves approximately 1 million patients yearly. Its cutting-edge facilities host more than a quarter of all Israeli medical clinical research, and as a hospital, it collaborates with practically all Israeli medical institute to teach students and promote the medical profession’s future.

Robert Regan The UCLA Medical Center, also known as UCLA Medical Center, is one of the most prestigious and well-known teaching hospitals in the world. It is located in Westwood, Los Angeles. It is a part of UCLA Health, a network of hospitals and medical centers that provides care to the Los Angeles area. One of the nation’s most cutting-edge healthcare networks is UCLA Health. 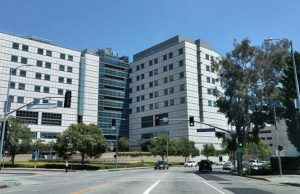 Nearly all of the top 10 medical specialties in the nation are present at the hospital. The greatest level of care is given to trauma patients in its emergency room, which is certified as a Level I trauma center. Another notable feature of UCLA Medical Center is its nursing division. The hospital was given the “Magnet” organization designation by the American Nurses Credentialing Center in 2020.

Also see: Countries With The Best Quality of Life 2022 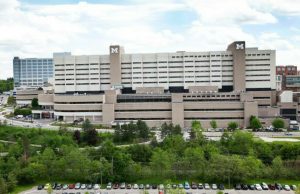 A surgical center with a high patient volume. The hospital used 82 operating rooms to accommodate around 67,514 procedures in 2021. The Children and Women’s Hospital and an eye facility with specialist equipment have about 18 of them operating rooms. In terms of gynecology, pulmonology (the study of diseases of the lungs), and urology, the University of Michigan Hospitals-Michigan Medicine is ranked second in the country by U.S. News and World Report in 2022.

With technological developments and researches continuously redefining its limitations, the healthcare business is rapidly evolving. To stay relevant and provide comprehensive medical services, hospitals at the forefront of the market must react fast to these changes.

The hospitals on this list range from a medical institution that employs half of the country’s Nobel Laureates to a non-profit hospital in the United States with an unparalleled research facility. These hospitals are undoubtedly reshaping medicine and healthcare in the future.