Best News Channels In The World 2023: Top 12 Most Popular 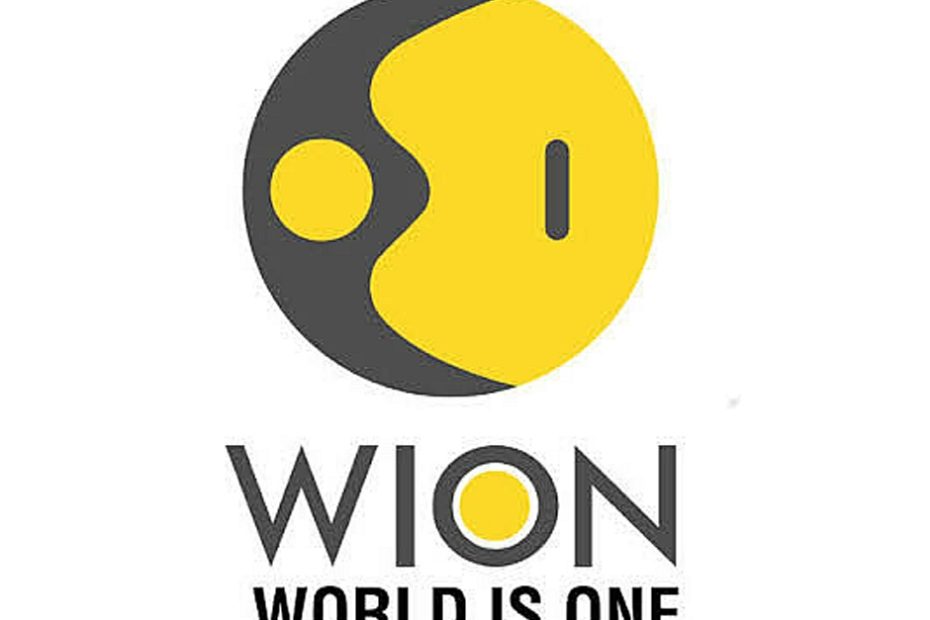 Best News Channels in The World 2023: Nowadays, people spend less time reading journals and news pamphlets primarily because they have the option of simply reading captions of news. With the latter, a summary is provided via headlines and paraphrased forms for the listener/viewer. So the quickest way to learn any new update in our world today is most likely through a news channel. Any person can easily access different channels with different formats.

In this article, we will be discussing the most outstanding news channels that have managed to achieve global relevance with massive listening audiences. But first, let’s look at what a news channel is in the first place.

What is a News Channel?

A news channel is any outlet that serves the purpose of broadcasting news updates, events, and daily highlights through television, radio, or the internet. Workers in these channels, collect every sliver of information around the earth and reintroduce it to the general public in the form of videos or audio. The processing of data happens in a television or radio studio by an independent producer or network.

The news channel has evolved into the most prominent means of sharing or broadcasting information to the world. Television programs can vary their focus. Some channels discuss international or national affairs, some focus on weather, movie promotion, celebrity news, or sports news, and some focus on regional or local matters.

The content carried by the channel would depend on the focus of the channel itself. There are distinctions between different channels and the type of content they broadcast. Some channels concern themselves with national and international political news, while some lean towards more entertaining programs.

Recommended: Most technologically advanced countries in the World

Most Reliable/Best News Channels in The World 2023

There are thousands of channels and networks around the world, but here are some of the best right now:

1. Fox News: Popular for its slogan ‘Fair and Balanced’, Fox News is a transnational television network established by media company; Fox Corp in 1996. It has its head office in New York, as well as several studios across the city. With a deeply interactive 15-hour daily broadcast and some of the widest audiences on this list, it is only fair that they make the top of the list. 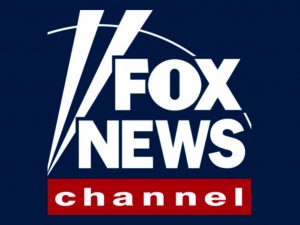 most-watched news channel in the world

FX has a reach of over 85 countries across the globe and has been proclaimed the most-watched channel by the general public. Although some people consider the idea that they broadcast completely unbiased content rather fanciful, the quality of their extensive programs is laudable.

2. MSNBC News: At no.2, we have another American television network that broadcasts significantly diverse reports, commentary, and recent updates. It was created in the late 90s by media enthusiast; Tom Roger, but after a few runs, Microsoft made an investment of over 200 million for equally split stakes. 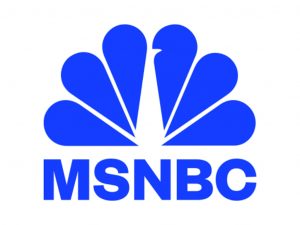 News Channel In The World In Terms Of Popularity

Due to this move, this channel was able to expand and broadcast live news across numerous countries, eventually earning the second spot among the most-watched TV channels.

Also see: Countries that offer free education around the world

3. BBC News: Created in the early 20s, BBC News is one of the oldest channels in the world. It is also the largest, employing over 3000 employers from different continents across different formats including radio, Television, and Internet platforms. Their reach is one of the most formidable considering the numerous formats they engage. It has its central office in London. 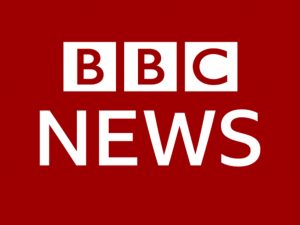 The most interesting fact about this giant in news broadcast is that each country develops and broadcasts its local news and content. This way subscribers can have access to news and updates about their local environment through a reliable source like the BBC network.

4. Sky news: Sky News is a British free-to-air TV communication medium and institute. It is owned by sky group (Comcast). The news channel was inaugurated on 5 February 1989. Under the strong leadership of the head of the company; John Ryley, news and live updates are broadcast across different formats, including television, radio, and podcast channels. 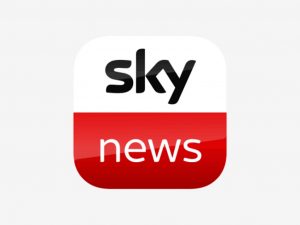 Most reliable news channel in the world

They also deliver an all-day service on demand. On the streaming front, it is one of the best performing channels in the world, with platforms on Amazon, Youtube, Hulu, etc.

Recommended: Best Countries to start a business in Africa

5. CNN news: The Cable News Network was launched in 1980 by Ted Turner. Now the third most-watched news channel, CNN started as the foremost news channel in America. It kicked off with twenty-four news broadcasts, eventually adding on other programs and content from around the world. 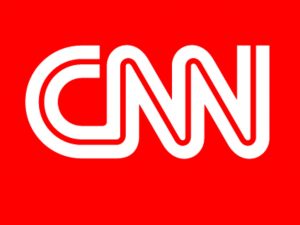 Now of the most popular channels in the world, CNN News has all programs broadcast through CNN international across 212 countries and hundreds of millions of viewers.

6. Al Arabiya: Al Arabiya is one of the foremost middle eastern channels in the world. It was created by the company; MBC Group and launched in 2003. They broadcast news on sports, events, stock updates, weather, and the financial market. 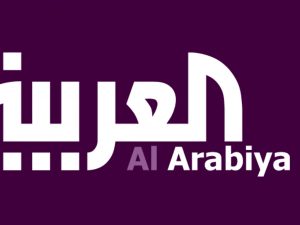 The main broadcasting language on this channel is Arabic because the bulk of their audience is Middle Easterners and North African citizens. However, non-local broadcasts are in English language, Persian, and Urdu.

Recommended: Most Capitalist Countries In The World 2023

7. Al Jazeera: AlJazeera was launched in 2006 by the Al Jazeera media company and run by the government in Qatar. This channel is one of the fastest-growing news outlets in the world, launching nearly a hundred offices in several parts of the world. 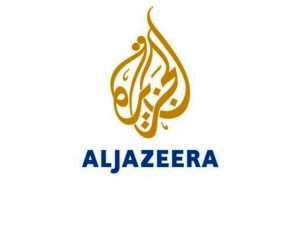 It has been praised by several outlets for the extensive coverage achieved by the channel in such a short period. Formerly this channel was exclusively for Arabic news in the local language but expanded its language options after the great war of Afghanistan.

8. Euro news: This channel was launched in the 90s by the media conglomerate; Media Global Networks. Headquartered in France, this channel has become the heart of European news. With a set of language options, Euro news spreads across over a hundred and fifty countries, providing news updates to a hundred and seventy million households in Europe. 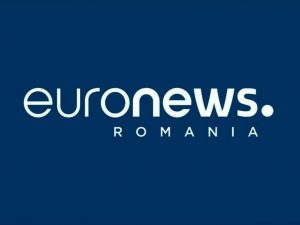 Which is the most popular news channel

The great thing about this news powerhouse is that it not only provides news through physical cable and satellites, it also has a massive streaming presence; enabled by a Youtube space, mobile apps, and media players.

9. NDTV News: New Delhi Television is a news outlet created by foremost Indian economist; Prannoy Roy and his journalist wife. It was the earliest news medium to run an all-day news broadcast and the foremost lifestyle outlet in India.

With massive weekly ratings, this news giant ranks fourth on the list of most-watched news channels in the country. With a functioning website, an app, and several digital investments, NDTV is embracing digital relevance in a formidable news-streaming era. They also have several subsidiary channels.

10. Geo News: The Geo News channel was birthed in 2002 by a parent company known as the Jang Group. In only a few years, it became the most famous information channel in native Urdu.

The newspaper empire rose further to become a parent press channel itself; producing several other news channels. Its legacy as one of the biggest newspaper franchises with a non-global language remains one to be greatly admired.

11. Zee News Channel: This is a news channel in India which later changed its name to “Zee Media Corporation Ltd (ZMCL)” in 2013. It was incorporated in August 27th 1999 and is the largest in the country today. This is because it can reach more than 150 million Indians through a slew of regional and national news channels. There is a phrase in the channel which is “Soch Badlo Desh Badlo”, it means that the channel focuses on serious and hardcore news. 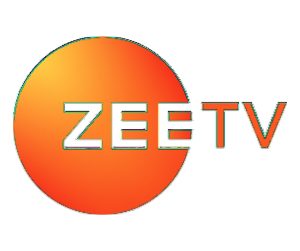 Most reliable news channel in the world

However, in 2020, Zee news channel was subjected to an ongoing case of criminal defamation against one of Indian legislators. As at 2023, this channel has broadcast fabricated news stories on multiple occasions and has been involved in several controversies. However, it is still one of the best in the world today. Wow!

Recommended: Richest Men In South Africa And Their Networth 2023

12. World is One News (WION): This news channel is also in Indian with its headquarters located at New Delhi. WION is a multinational English language news channels, owned by the Essel Group, and is part of the Zee Media network of channels. It is the first privately owned international news channel in India and today, it covers current affairs and global news. 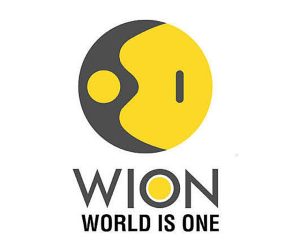 In 2016, WION website was launched in many countries as a free-to-air satellite service and its television channel began that same year. As at 2022, WION has over 7 million subscribed followers on Youtube, 2 million followers on Facebook, and 470,000 followers on Twitter.

These numbers are not always guaranteed permanently. The world we live in has become so digitalized that systematic programming is losing its grip. At least the way we know it. However, with the strong-enough structure, these channels on our list have managed to build, we most likely will be getting our news and favorite programs from them in the coming years.