Home » Fashion Updates and Trends » Most Dangerous Sports In The World 2023: Top 12 Deadliest

Most Dangerous Sports In The World 2023: Top 12 Deadliest 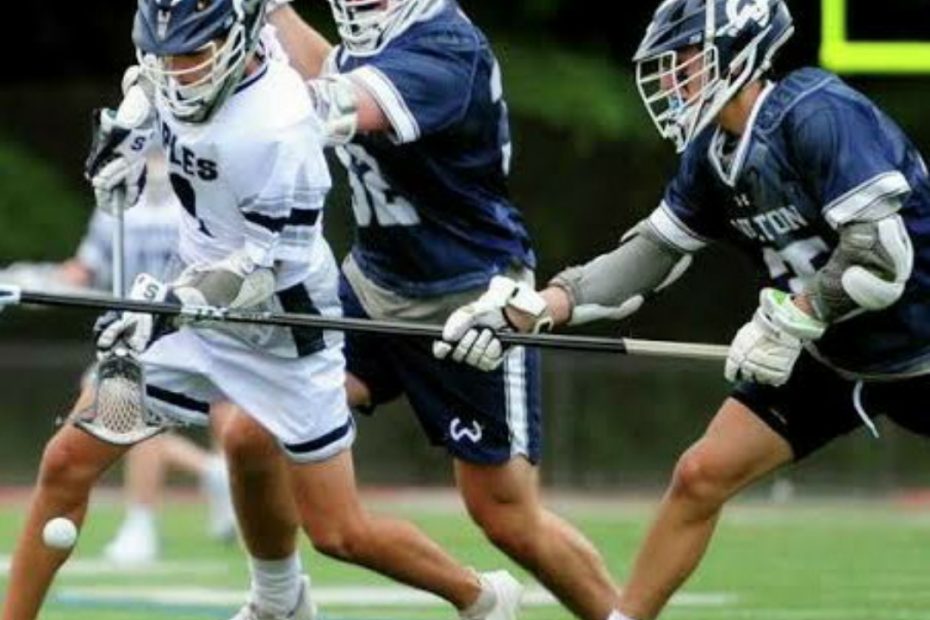 Top 12 Most Dangerous Sports In The World: Sports may be a fantastic source of fun for everyone involved, from the opponents to the viewers, but accidents and even fatalities can occasionally throw a shadow. It’s no surprise that any sport that involves a lot of bodily contact has a risk factor.
But which of them do you think is the most dangerous? Here are ten of the most dangerous sports in the world, ranging from extreme sports like base jumping to well-known ones like football.

Recommended: Most Famous Persons in The World currently

Top 12 Most Dangerous and Deadliest Sports In The World 2023

1. Bull riding: This is a rodeo event in which the rider attempts to stay balanced on a bull as long as possible as the bull struggles to throw the rider. The very notion of riding a 1000kg bull causes us to tremble, so I suppose there isn’t much to be said about the dangers involved with the sport. 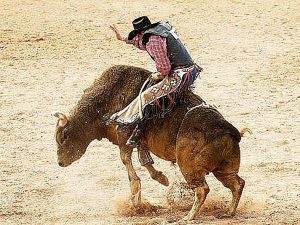 What are the Most Dangerous Sports in the UK

It is regarded as among the world’s most hazardous sports, with injuries to the neck, head, and face, as well as trauma, accounting for the majority of injuries. After a bull gored and perforated cowboy Lane Frost’s heart in 1989, safety jackets made of ballistic material were mandatory. This, along with a plethora of other safety precautions, has reduced the number of accidents in the sport, but still remains the “most deadly 8 seconds in sports.” Although rodeo injuries are prevalent, deaths are uncommon. Since the Professional Bull Riders’ beginning in 1992, just three bull rider fatalities have been documented.

2. Mountaineering: Mountaineering, often known as mountain climbing, is the sport of reaching or attempting to reach high points in steep terrain, usually for the purpose of climbing delight. It is one of the world’s most dangerous sports. Every year, thousands of individuals get injured while mountaineering.

What is the most dangerous sport in the Olympics

Sliding or tumbling on a rock causes the majority of these wounds. The outdoors, on the other hand, poses an almost overwhelming number of dangers. Mountaineering is considered one of the most dangerous and deadly sports, since it has claimed the lives of many individuals.

Also see: Differences Between a Lawyer and a Barrister

3. BASE jumping: If you though jumping out of a plane from 15,000 feet above earth is risky, think again. Many people appear to find this weakly tough, so they opt for cliffs and man-made structures such as skyscrapers. While jumping from such heights may appear to be safer, it is not. 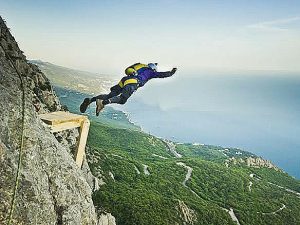 Jumping from these heights may appear to be safer, but in actuality, it is more difficult since there is little time to release the parachutes or deal with any complications. The abbreviation BASE refers to the kind of things from which people jump. Buildings, Antennas (towers), Spans (or bridges), and the Earth (cliffs, canyons, gorges, etc.). Carl Boenish conceived it in1978, and it has received increased attention since then.

It’s also the world’s fastest sport, at speeds of up to 400 km/h. Base jumping has the greatest fatality rate of any sport on this list, with 37 fatalities in 2016. BASE jumping has a 43-fold greater death and injury rate than parachuting from an aircraft.

4. Gymnastics: Gymnastics, one of the most dangerous sports, includes physical exercises that need balance, stamina, flexibility, agility, coordination, and endurance. Gyms. Gymnastics activities help to improve the muscles of the arms, legs, shoulders, back, chest, and abdomen. Wrist injuries, spine fractures, torn ligaments, and cartilage damage are just a few of the possible injuries. 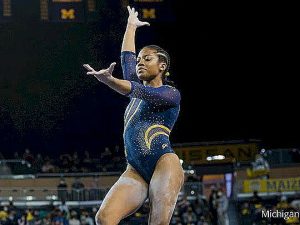 What Is the Most Dangerous Sport in the World

Julissa Gomez was associated in among the most heinous gymnastics mishaps in history. In May 1988, months before the Olympics, she slipped and cracked her skull during a warm-up, leading in a neck-down paralysis that persisted until her death in 1991. There are several hazards of injury involved with this activity, some of which may result in death.

Recommended: Countries with the Highest Number of Scammers/Fraudsters

5. Soccer: Soccer is not only the most well-known sport on the planet, but it is among the most deadly. Football injuries are a common occurrence. Athletes typically race for a single pitch and clash with their opponents via one or two feet, which is a terrible action. 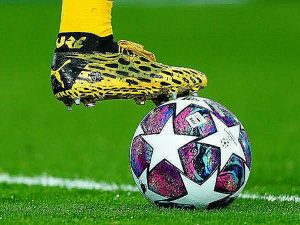 Most dangerous sports in the world ranked

Almost every football game is disrupted by the medical staff rushing onto the field to assist an injured player. Leg and joint muscles are frequently injured. All of this, nevertheless, does not stop players in professional leagues throughout the world from battling it out.

6. Scuba diving: Scuba diving is among the most dangerous activities that is becoming increasingly popular worldwide. The Self-contained Underwater Breathing Apparatus (SCUBA) aids you to stay underwater for an extended period of time, allowing you to appreciate the tranquil beauty of the marine life. 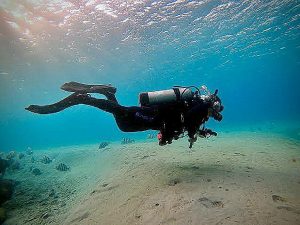 Most Dangerous Sports In The World 2022

In this sport, pressure changes are the principal cause of danger. These pressure changes can cause a lung, eardrum, or sinus to break. Long-term exposure to high-pressure gases can result in tissue damage, small blood vessel blockage, and even blood supply failure. Other people may have died as a result of faulty diving equipment.

Also see: Safest Means of Transportation and Why

7. Auto racing: Auto racing is a competitive motorsport in which automobiles compete against one another. Auto racing has existed since the invention of the automobile. Races of various types were held, including the first that was held in 1867. Blitzing around a course in a carbon fiber box at 175mph while striving to avoid crashing is only for the brave or the dumb. 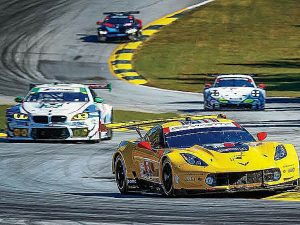 What is the most dangerous sport for females

Drivers are protected with fire-resistant jackets and helmets, however they aren’t always effective. Smashed bones, major blood loss, head trauma, and other common injuries are all prevalent, which is why it’s considered among the world’s most deadliest and hazardous sports.

8. Boxing: Boxing is a contact sport which involves two individuals  who fight while wearing protective equipments including gloves, hand coverings, and mouthguards. Participants in this martial art, which appears to be on the list, risk having their brain function diminished, especially if they start boxing at an early age and persist for a long period.

Boxing may also result in catastrophic injuries that can result in death. This sport needs a brave heart to participate, which is why it is considered among world’s deadliest sports.

9. Luge: A luge is a supine, feet-first sled that may accommodate one or two people. A luger directs the sled by flexing the runners with his leg muscles or exerting opposing shoulder pressure to the seat. In any vehicle, approaching 90 mph is dangerous. Imagine doing it on a frozen track that looks like a long halfpipe.

Athletes lie down on their backs and fling themselves down the lane, trying not to fall over the halfpipe. Nodar Kumaritashvili, a luge racer from Georgia, died on the first day of the 2010 Winter Olympics in Canada, making him the most recent death in this sport.

10. Rugby: There will undoubtedly be horrifying injuries with 15 big athletes on each team slamming into each other for 80 minutes. Players must carry the ball down the field with only a mouth guard and spiked boots for protection.

Rugby players employ their entire body to play the game, which has led to the usage of contentious techniques such as shoulder barging, body checking, and the lifting tackle. Players can suffer concussions, ruptured ligaments, dislocated shoulders, and even tetraplegia as a result of these plays.

According to new research, athletes who sustain several concussions are more likely to acquire Chronic Traumatic Encephalopathy (CTE), brain damage, and dementia. Over a dozen professional rugby players have died as a result of accidents and harsh tackles since 2001.

11. Heavy padding: Heavy padding is permitted for paintballing, but you can’t completely hide everything. Bruises and welts that can persist for days to weeks are frequently left behind when players are hit by paintballs and they manage to evade the padding.

Commercial venues sometimes impose the restriction that players cannot shoot an opponent within 15 feet, however it would be unrealistic to assume that everyone abides by this restriction, increasing the risk of accidents. Headshots have resulted in the most severe paintball-related injuries. When their helmets were off, several people have even sustained severe eye damage as a result of being shot.

12. Lacrosse: Because lacrosse is the quickest sport played on two feet, collisions frequently have a strong effect. Fast speeds and rapid cutting are especially hard on the lower body’s joints and tissues; around 17.1% of sports-related injuries are ACL tears. 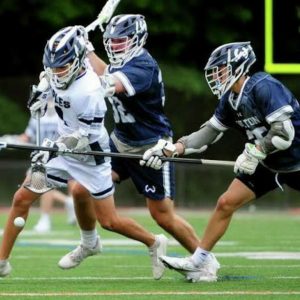 Most dangerous sports to play at the moment

Since lacrosse players are similarly outfitted from the waist up as hockey players are, it is safe to argue that many of the risks in hockey are also present in lacrosse. Because it is permitted in the sport, body checking and stick checking frequently result in bruises, strains, and sprains. Speaking of bruises, they also happen when the rubber ball makes contact with one of the few unpadded body parts, leaving behind what is called in lacrosse lingo as “badges of courage.”

Recommended: Countries With the Best Doctors in the World 2023

While sports may be a time of excitement and enjoyment for everyone involved, from the players to the spectators, injuries and even fatalities can occasionally cast a pall over the event.

Depending on where the athletes choose to display their athleticism, sport can be dangerous on the water, in the air, or on land. Many sports did not make this list, but that does not mean they are any less hazardous. But keep in mind that being prepared and following the proper precautions may go a long way, and may even preserve your life.