Richest Men In Zimbabwe: The number of investments made by millionaires and billionaires in Zimbabwe has increased, which has led to a significant improvement in the nation’s economic status. These guys have created empires that are advantageous to both the nation as a whole and themselves thanks to their exceptional managerial abilities and original vision. They offer services that increase value, create employment, and boost Zimbabwe’s economy.

Additionally, they bring in foreign currency through their business endeavors, which significantly strengthens Zimbabwe’s economy. Now let’s spotlight these visionary men that Zimbabwe is fortunate to have. The Top 10 Wealthiest Men in Zimbabwe are listed below.

Net worth: Estimated US$1.9 Billion

Strive Masiyiwa, the creator and executive chairman of the Econet Group, is ranked #1 on the list of the wealthiest people in Zimbabwe. The business has investments in East Asia Pacific Rim, Africa, Europe, South America, and North America. Approximately 50% of the mobile phone firm is owned by Strive Masiyiwa. 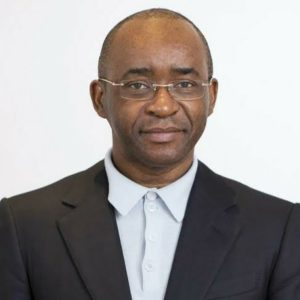 In Zimbabwe, Strive Masiyiwa is a renowned artist. He rose to prominence after overcoming government objections to build Econet Wireless Zimbabwe, an independent mobile phone network, in 1998. He also owns 52% of Econet Wireless Zimbabwe, which is a subsidiary of his bigger Econet Group and is featured on the Zimbabwe Stock Exchange. His major Econet Group is headquartered in Mauritius.

In addition to his riches, he also controls 50% of Cassava Smartech and blue-chip liquid Telecom Group. The business is renowned for offering satellite and fiber optic services to several telecommunications companies throughout Africa.

Net worth: Estimated US$1 Billion

Zed Kuodounaris is another businessperson who has successfully tapped into multiple sources of riches. Together with Fowler, he helped form Innscor Africa Limited in 1997. 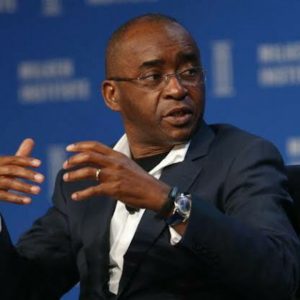 Furthermore, each of them holds a significant stake in the following ZSE-listed businesses: Axia Holdings, Simbisa Brands, National Foods, Padenga, and Colcom. It is also well known that their firm, Innscor, has holdings in Irvines, Profeeds, ProBrands, NatPak, and Profeeds. It is one of Zimbabwe’s most successful conglomerates due to the company’s strong performance. Real estate, agriculture, mining, and tourism are some of Zed Kuodounaris’ other interests.

Net worth: Estimated US$900 million

Michael Fowler, whose name was referenced previously in this essay, is where we now are. He is one of the co-founders of Innscor Africa Limited, which began as a chicken store but has now developed into a significant manufacturing business that also works with many types of FMCG companies.

Innoscor is one of Zimbabwe’s top corporations as a result of the two magnates’ immense to the growth of their business. This company has grown and established itself not just in Africa but also on a worldwide scale. He is worth more than $900 million.

Net worth: Estimated US$740 million

In Zimbabwe, Billy Conrad is a well-known businessman. In fact, he is also referred to as the African Napoleon. He received the moniker as a result of his rapidly expanding commercial empire, which now spans over twelve (12) nations in Africa, including Zimbabwe, South Africa, the Democratic Republic of the Congo, Angola, and Mozambique. 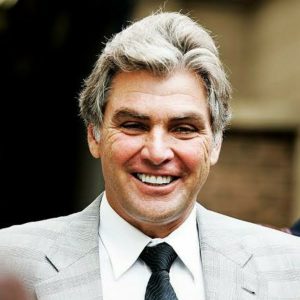 Billy’s businesses mostly focus on haulage, farming, wildlife safaris, cobalt mining, and automobile manufacture. He took over the family business, Wheels of Africa, after being born in 1959. Since he took charge, the business has grown to become one of Africa’s major transportation enterprises. Business interests of Billy Rautenbach include truck sales, gold and diamond mining, vehicle manufacture, and agriculture. He is also reputed to provide financial services to a few chosen clients, both inside and outside of Zimbabwe. He is a recognized businessman who, via his multiple business endeavors, employs thousands of people in Zimbabwe.

Net worth: Estimated US$750 million

Although Nicholas Van Hoogstraten was born in England, he spent a significant amount of time there and became a citizen there. Nicholas began his commercial career at the age of 11 by selling stamps from private collections to renowned collectors. Nicholas was born in England in 1945. He enlisted in the merchant navy six years later, but just for one year. 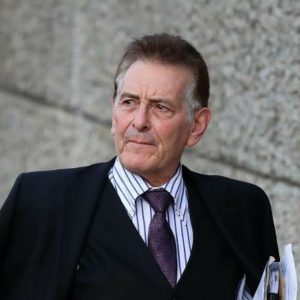 Richest Men in Zimbabwe & Net Worth

Then, at such a young age, he started his real estate company. At age 28, he was the country’s youngest millionaire. After that, he relocated to Zimbabwe, where he now controls a number of enterprises and more than 1600 square kilometers of land. He is also a significant investor. Additionally, he owns many diamond mining operations in the DRC. He gained notoriety for lending Mugabe more than $10 million.

Nicholas Rudnick, a lawyer, ranks as the sixth-richest person in Zimbabwe. Born in Bulawayo, Zimbabwe, he first worked for Kantor and Immerman before relocating to the UK. Along with being the company’s creator, he established Liquid Telecom Group, which is renowned for laying fiber optic cable to link nations including Tanzania, South Africa, Lesotho, and the Democratic Republic of the Congo. 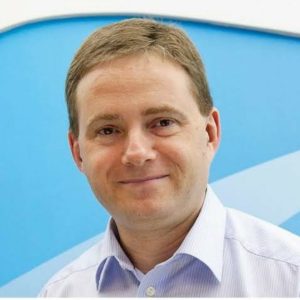 How many billionaires in Zimbabwe

He has served in that capacity as the business’s CEO since 2004. He resides in the United Kingdom and holds the position of Director for the Econet Wireless organization.

Also see: Hardest Universities To Get Into 2023

Rob Davenport is another significant foreign investor in the nation. In fact, it is well known that his significant investments are what propelled him to the seventh spot on the list of Zimbabwe’s wealthiest individuals. He is heavily invested in Tripple C Pigs. 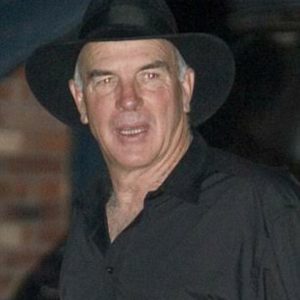 Who is the richest man in Zimbabwe now?

The business is also well-known for being a component of the Colcom, SeedCo Zimbabwe, SeedCo International, and Garfunkels organizations in Zimbabwe. Additionally, he and his family own property in Harare.

Charles Davy, who was born in 1952, is the seventh wealthiest person in Zimbabwe and is well-known for owning over 1300 square miles of property there through Lemco Safaris and HHK Safaris. In Zimbabwe, the Safaris first operated as a hunting safari company. He is also widely known for having a tight relationship with Robert Mugabe.

In Zimbabwe, it’s a prevalent misconception that he became wealthy in the late 1990s because to his hunting company. Additionally, it is stated in the record that his companies employ about 600 Black families nationwide. Chelsy Davy, his daughter, was Prince Harry’s on-and-off lover between 2004 and 2011.

Recommended: Best Science Courses To Study In The University 2023

John Bredenkamp, who was born in South Africa in 1940, later migrated to Rhodesia as a young child. In 1976, he founded the Caselle Group of Companies. Before becoming the fifth largest tobacco retailer in the world, the firm was predominantly a leaf tobacco trader.

After selling the firm in 1993, he expanded into other industries, including the grey market for weaponry, sports marketing, and real estate. He has interests in the trading of tobacco, diamond mining, and sports marketing. He is a very wealthy guy now.

As the creator of the Miekles Group of Companies and a distant relative of Thomas Miekles, John Moxon is well recognized. He also has interests in a wide range of other industries, such as banking, farming, and hotels.

He owns a large portion of the locally owned department store Barbours as well as the ZSE-listed Miekles.

Recommended: Most Famous People In The World 2023

Zimbabwe is one of the emerging nations with the fastest rates of growth. This is as a result of the substantial contributions made by the populace to the advancement of the nation. The majority of the nation’s millionaires and billionaires are also renowned for making substantial investments in the telecommunications industries.