Smith v Selwyn: Facts, Issues and Decision of the Court 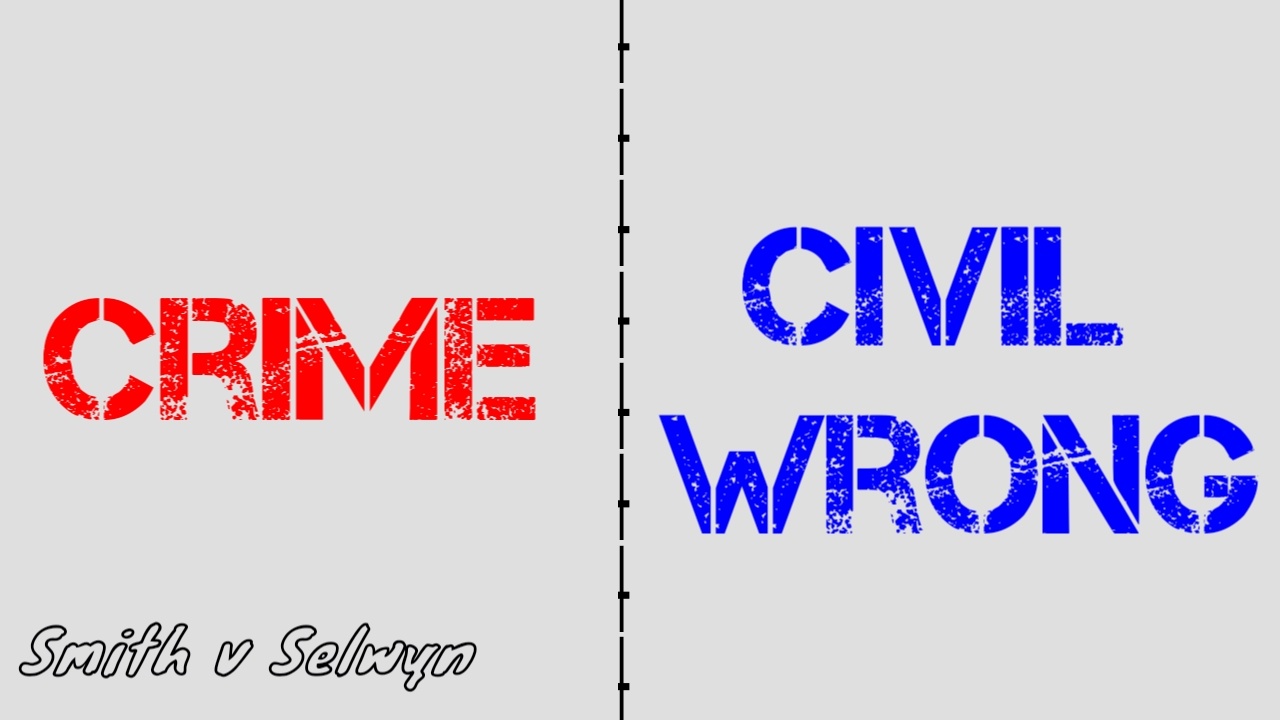 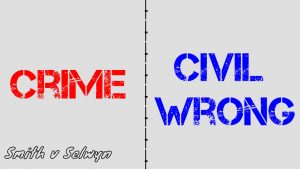 The rule in Smith v Selwyn

This is generally referred to as the Rule in Smith v Selwyn. Many states are currently following the decision of the court in Smith v Selwyn, not minding the fact that the so called rule has been abolished in England where it was made.

In this page, the facts and decision of the court of appeal in Smith v Selwyn will be extensively discussed. I enjoin you to read the facts carefully so as the grasp the logic behind the argument canvassed by the counsel representing the parties in the suit. Here we go!

The facts of Smith v Selwyn are given below:

The plaintiffs were husband and wife. They alleged in their statement of claim that the defendant intending to corrupt and violently or otherwise have criminal relations with the female plaintiff by inducing her to attend a party at a certain place, and that, while the said plaintiff was there, he induced her to partake of some liquid which he alleged and she believed to be brandy, but which, as the defendant well know, was not just brandy.

It was brandy mixed with some noxious narcotic or other drug, which was calculated and was by him intended to have the effect of rendering the plaintiff powerless and incapable of muscular control or resistance and of reducing her to a state of collapse and insensibility.

In Paragraph three of the statement of claim, the plaintiff alleged that being induced by the defendant, drank part of the liquid, and almost immediately thereafter in consequence thereof became injuriously affected and was rendered powerless and incapable of muscular control or resistance, and was reduced to a state of collapse and insensibility while she was so affected as aforesaid and under the influence of the drug the defendant unlawfully and indecently assaulted her and violently against her will, had attempted to have carnal knowledge of and intercourse with her.

This made the plaintiff became ill and suffered much mental and physical pain and for long time feared pregnancy. She was unable to discharge her household duties and her marital relations with her husband became strained and impaired and she lost for a long time, the consortium of her husband, and was unable to follow her occupation and was injured in her character and reputation.

In return, the husband lost the services of his wife in the discharge of her household duties, and his marital relation with her bacome strained and impaired. The plaintiff therefore claimed damages.

C. W. Lilley who was representing the defendant contented that the the plaintiff’s statement of claim was founded upon a felony, alleged to have been committed by the defendant, within S. 22 of the offense against the Person Act, 1861 (24 & 25 Vict. c. 100), and the defendant has not been prosecuted for it nor has any excuse been shown for his not being prosecuted.

The drug is alleged to have been administered by the defendant to the female plaintiff with intent to enable him to commit an indictable offense. The section is therefore a felony.This section is not affected by Section 3, Subsection 3, of the Criminal Law Amendment Act, 1885 which makes it a misdemeanor to administer to a woman a drug with intent to stupefy her so as to have unlawful carnal connection with such woman.

He went further to state that the plaintiffs are claiming damages for a felony and the action cannot be proceeded with unless the defendant has been prosecuted or a reasonable excuse shown for his not being prosecuted. This is clear law and has been laid down in many cases. He cited the following cases:

In reply to his argument, C. E. Jones, for the plaintiff, stated that the claim is not necessarily based on a felony. It is based on section 3 subsection 3 of the Criminal Law Amendment Act, 1885, under which the offence of a misdemeanor and not section 22 of the offense against the Person Act, 1861. It is admitted that paragraph 2 of the statement of claim leads up to paragraph 3, and that the only one cause of action is alleged.

The counsel for the defendant opposed this argument quoting the dictum of Lord Tenterden in Stone v Marsh 6 B. & C. 551, at p 564 where he said thus “There is, indeed, another rule to the law of England, that a man shall no be allowed to make a felony the foundation of a civil action, that he shall not sue the felony.”

Judgment of the court of appeal in Smith v Selwyn

According to Phillimore L.J,

“i am of the same opinion. It is established rule of law that a plaintiff against whom a felony has been committed by the defendant cannot make that felony the foundation of cause of action unless the defendant has been prosecuted or a reasonable excuse has been shown for his not having been prosecuted. The prosecution need not be at the suit of the injured person.”

There you have the facts, issues and decisions of the English Court of Appeal in Smith v Selwyn (1914) 3 KB 98. Like I stated before, this case is one of the leading cases when discussing the classification of offences and civil wrongs.

Hope this topic was helpful? If you still have questions to ask or contributions to this, I enjoin you to send it via the comment section below this work. I will be glad to here from you.

6 thoughts on “Smith v Selwyn: Facts, Issues and Decision of the Court”