Advantages and Disadvantages of Adversarial System 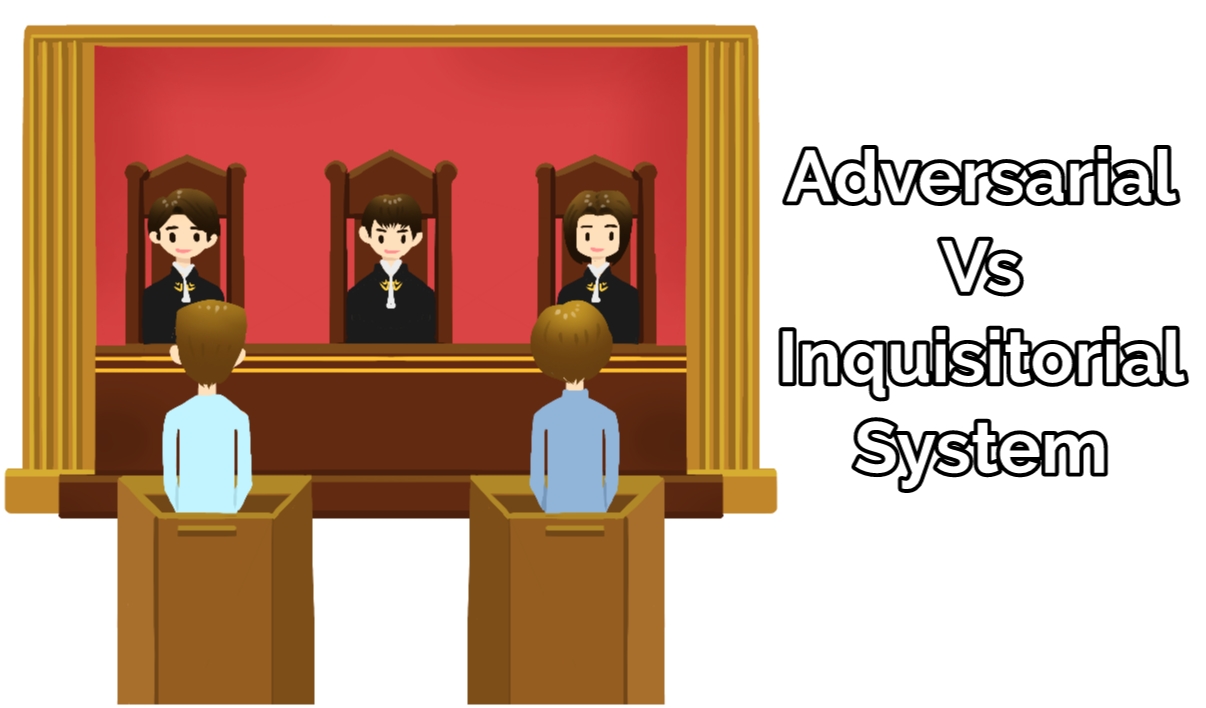 Meaning, advantages and disadvantages of Adversarial System: Criminal justice systems exist in societies or states and it’s primary purpose is to punish offenders and protect the innocent citizens of the state. As it is well known, offenders are the threat to the society, hence the state machinery is operative to prevent the crime and penalize the offender. But it is also a matter of great concern for all, that the innocent must not suffer in the name of justice.

There are two systems in general which provides different measures to deal with the offender and bring him to justice and they may be  termed as the inquisitorial system and the adversarial system of justice. Both justice systems insist upon right adjudication of the accused and protection of the innocent.

However there are basic differences as well as similarities as to rules of procedures in each of these systems, each system has its own advantages and disadvantages and  can serve the purpose of justice if it is always informed of the disadvantages relating to it and takes the measures necessary to minimize such downsides.

Advantages and Disadvantages of Adversarial system

The adversarial system is practiced in countries like Australia, Britain, the United States, and New Zealand. According to LegalAnswer, It is a system where there are two advocates who represent their parties’ positions before an impartial person or group of people, usually a judge or a jury, who attempts to determine the truth of the  matter brought. In this system, the role of the court is to be an impartial observer, referee, or decision-maker while listening to prosecutors and defendants.

It is a system that is used primarily where a civil legal system is in place for a country instead of a common law system and it is opposed to the inquisitorial legal system under which the courts take active parts in the inquisition, questioning and other processes on public hearings to lead to a smooth dispensation of the case. The lawyer who represents the cases of the parties are very important in the adversarial system because they determine the outcome of the case. 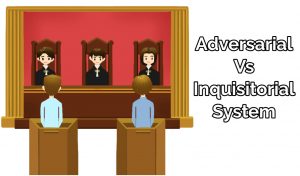 Merits and demerits of Adversarial system

An inquisitorial system is a legal process where part of the court, if not the entire court, is actively involved in the investigation of the facts of a case. It is different from an adversarial system where the role of the court is to be an impartial observer, referee, or decision-maker while listening to prosecution.

Whereas, with the inquisitorial system, the trial judges become inquisitors who participate actively in public hearing, through questioning of all parties and participants be it defendants, prosecutors, and witnesses. The judge can also order that certain items of evidence presented before it be examined if they feel that the presentation of it by any of the parties in the case was inadequate. Some of the countries that practice the inquisitorial justice system are Belgium, France, Germany, Italy and Netherlands.

If your society engages in an adversarial system of justice, then the quality of your outcome is dependent upon the experience of your lawyer. The people who have the most money in adversarial systems typically experience a different outcome when compared to those who must use public attorneys or represent themselves during a proceeding.

The inquisitorial system eliminates this benefit because the judge(s) in the case have the option to question and investigate just as law enforcement and the lawyers do during the proceedings.

Advantages of the Adversarial System

a. Saves time: in comparison to the inquisitorial system, the adversarial system where the parties are represented by the lawyers and the cases are more articulated and less time consuming although cases here also take years to complete sometumes. It is the opposite of the inquisitorial system under which the court fully throws itself into the investigation and other part of the trial thereby prolonging the duration of the case.

Must read: Features of the Nigerian Legal System

b. Right to remain silent: under the adversarial system especially as seen in practice in the United States of America, the right to remain silent otherwise known as the Miranda rights is taken very seriously and  accused persons are warned to not voice out anything which may be used against them in the trail but under the inquisitorial system, this right does not exist,  here all hands must be on deck to secure justice.

A person accused of a wrong may have to face the possibility of having himself convicted based on unintended statements if such statements are seen to be factual by the investigatory group.

Under the adversarial system, the right of a citizen to fair hearing and trial us upheld.

In the adversarial system, a high standard of proof is required to get a conviction and this is good because it ensures unambiguity of evidence and certainty of the verdict.

Disadvantages of the Adversarial System

a. The class bridge: the adversarial systems often create two categories in the justice systems, one for the rich and the other for the poor. Most of the people in the prisons are poor, with the vast majority of them coming from families living below the poverty line.

This occurs because the poor do not have money to get good lawyers to represent them and  fight their cause and in the adversarial system, the outcome of your case titled is highly dependent on quality of your lawyer. However this situation is avoided in the inquisitorial system based on the practice whereby the judges are able to go into questioning and investigation on their own and all is not left to the lawyer alone.

Also see: Salary of lawyers in the United States

b. Silence of the judicial system: in the adversarial system the judge or jury as the case nay be are not allowed to play a substantial role in the proceeding since they only act as an umpire and this is bad for a judicial system as the judge will not be able to straighten out the evidence given to him even when it is apparent to him that such evidence us an anomaly.

c. Distortion of evidence: unlike in the inquisitorial system where the court can fully involve itself in the investigation and even questioning of the several parties to the proceeding the adversarial system only employs the use of a lawyer for their client and this situation can very easily lead to the distortion of or misrepresentation of evidence by the lawyer so as to wrongly protect his client.

The rights of the citizen to fair hearing and trial cannot be upheld if he is a poor person with no money to afford legal representation.

Conclusion: In conclusion, an inquisitorial system is a legal process where the court, is actively involved in an investigation of the facts of a case before it thereby leading to a prompt dispensation of justice. This us totally different from an adversarial system where the role of the court is to be an impartial observer, referee, or decision-maker while listening to prosecutors and defendants.

1 thought on “Advantages and Disadvantages of Adversarial System”