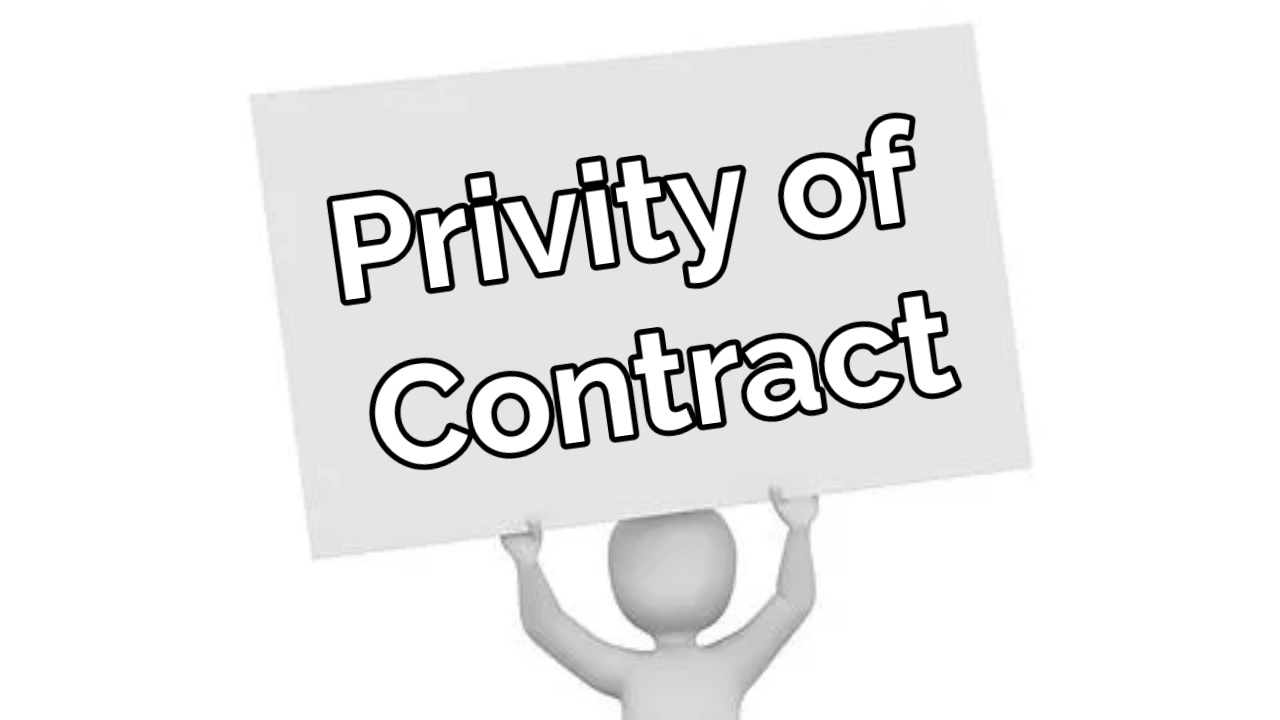 The doctrine of privity of contract is one of the important doctrines in the law of contract. This is so because, almost every contract applies the principle to ensure the sanctity of every agreement between two or more persons. For this reason, it is my opinion that everyone should be familiar with the doctrine since a contract/agreement is inevitable in every society.

Be you a lawyer, law student or a normal person who only has little knowledge of the law, the doctrine of privity of contract is something you must know because contract permeate all facets of everyday life. Consequently, in this article, i will be discussing the doctrine of privity of contract with special reference to its exceptions. I therefore enjoin you to read this article carefully as everything you need to know about the principle is explained comprehensively here.

Exceptions to the rule in Adams v Lindsell

Read the case of Smith v Selwyn: Facts, Issues and Decision of the court

21 Leading Cases in the law of contract you should know

Doctrine of privity of contract

The doctrine of privity of contract posits that only a party to a contract can enjoy rights or suffer burdens pertaining to the contract.

Put in a different way, the doctrine states that a person who is not a party to a contract cannot sue nor can he be sued on that contract. 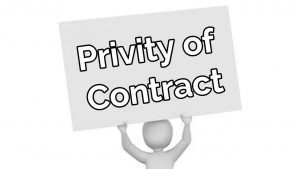 Exceptions to Privity Of Contract

In effect, a contract can only affect the parties who entered into it and cannot be enforced by or against a person who is not a party, even if the contract was made for his benefit and purports to give him the right to sue or to make him liable upon it except in cases where the third party to the contract has acquired some legal interest.

Reasons why most women don’t participate in politics

See the problem of local government in Nigeria and solutions

Exceptions to the doctrine of privity of contract

1. Where the third party is an agent

One of the major exceptions to the doctrine of privity of contract is where the third party is acting as an agent in the contract. Under the law of agency, it is possible to avoid the doctrine of privity. What an agency does is to regard the agent as being in the eyes of the law, the principal person so that rights and liabilities which the agent acquired under a contract are regarded as rights and liabilities of the principal.

It works in this way: If A enters into a contract with B and B commits a breach of the contract. In such a case, under the law of agency, it is possible for C to step in and bring an against B if C can prove that A entered into the contract as his agent.

In Sruttons Ltd v Midland Silicon (([1962] AC 446)), the court held that the stevedores could rely on an exemption clause contained in the contract between the ship owners and the cargo-owner on the ground that in that particular case, the shipowners contracted as agents of the stevedores.

2. Where there is an assignment of contractual right

Another exception to privity of contract is where there is an assignment of contractual right. Here, a third party, to whom contractual powers were transferred to, can sue and be liable in a contract.

Under certain circumstances, both in equity and under statute, it is possible for a party to a contract to transfer all his rights under a contract to a third party to step into the shoes of the transferor and enforce the rights transferred. This transfer of right is called an assignment.

In this case, the assignor can accomplish the assignment with a third party, that is to say the assignee, without seeking or requiring the consent of the debtor. And assignment can also be called Novation. It is indeed one of the exceptions to privity of contract rule.

Advantage and disadvantages of an unwritten constitution you should know

Statutes has also introduced two exceptions to the doctrine of privity of contract in the area of insurance law. The first exception is contained in section 2 (1) of the Third Parties (Rights Against Insurers) Act 1956.

And such beneficiary will therefore be able to enforce it directly even through were not parties to it. This is apparently an exception to the privity of contract rule provided for in the Act.

4. Where the contract affects a land

Another evident exception to the privity of contract rule is contained in section 5 (1) of the Real Property Act 1845. The sections provides as follows:

One of the Best example of the application of this provision in order to determine its scope is the case of Beswick v Beswick (([1968] AC 58)). In this case Mr Beswick, a coal merchant, transferred his business to his nephew, another Beswick, the transfer, the sum of €6 10s a week during the remainder of Mr Beswick’s life and after Mr Beswick’s death, the nephew should pay his widow the sum of €5 a week for the rest of his own life.

Mr Beswick, the Nephew, complied with this arrangement during the transferor’s life. After his death, he paid the widow only once and then stopped. Thus, Mrs Beswick brought action against the nephew, seeking to enforce the terms of the transfer agreement made with her late husband and she relied on the above statutory provision.

Positive and Negative Impacts on Colonialism in Nigeria

Causes and Solutions to corruption in Nigeria

A covenant is a promise contained in a document under seal. There are two principles concerning covenant affecting land transactions which are actually exceptions to the doctrine of privity of contract. That is, a third party may be bound by the obligation created by the covenant.

The first principle is the rule that a covenant affecting land, for example a lease which “Touches and Concerns” the land, binds seccessors in title of either party.

Thus, in Smith v River Douglas Catchment Board (([1949] 2 KB 500)), in order to prevent flooding of their individual land, eleven owners of land through which a river ran, made an agreement with a catchment board, under which the Board agreed to widen, deepen and make good the banks of the river and thereafter to maintain them in that condition.

The land owners, on their part, agreed to contribute towards the cost of such maintenance. In 1940, the 1st plaintiff bought the land of one of the original parties to the agreement, and the deed of conveyance expressly conveyed the benefit of the 1938 agreement to him. In 1944, the 1st plaintiff let the land to the 2nd plaintiff as a yearly tenant.

Having held that there had been a breach of obligation on the Board, the court considered whether the plaintiff was entitled to bring the action in spite of the absence of privity of contract between the parties. It was held that the covenant ran with the land and that it was the intention of the parties that the covenant should attach to the lands, no matter into whose hands and lands came.

The covenant was therefore binding on the Board and enforceable by the plaintiff even though he was a stranger to it.

The second principle under which a third party may be bound is a covenant concerning land in the rule in Tulk v Moxhay (([1848] 2 PH 774)). Under this rule, a restrictive covenant relating to land and accepted by the purchaser of that land as part of the contract of sale will bind subsequent transferees of the land even though such transferees are not parties to the original contract of sale.

Where there is a trust of property

Apparently, the doctrine of privity of contract does not apply in cases where there is a trust of property in law. It is equally one of the exceptions to privity of contract. A trust is an arrangement whereby a person (a trustee) holds property as its nominal owner for the good of one or more beneficiaries.

For instance, If A and B by contract create a trust for the benefit of C, C acquires a proprietary right in the trust property and for this reason he will be able to enforce his rights directly even though he is not a party to the contract under which the trust was created.

Features of democracy: 10 essential features of a democratic government

However, if the court finds that the exceptions does not apply, then it will hold that it does not apply and no third party will be able to bring action against any party in the contract.

Hope this article was helpful? If you still have any question concerning the exceptions to privity of contract discussed above, kindly let me know using the comment section below for clarity.

1 thought on “Exceptions to Privity of Contract: 6 Major Exceptions”