Exceptions To The Rule In Adams v Lindsell: Contract Law 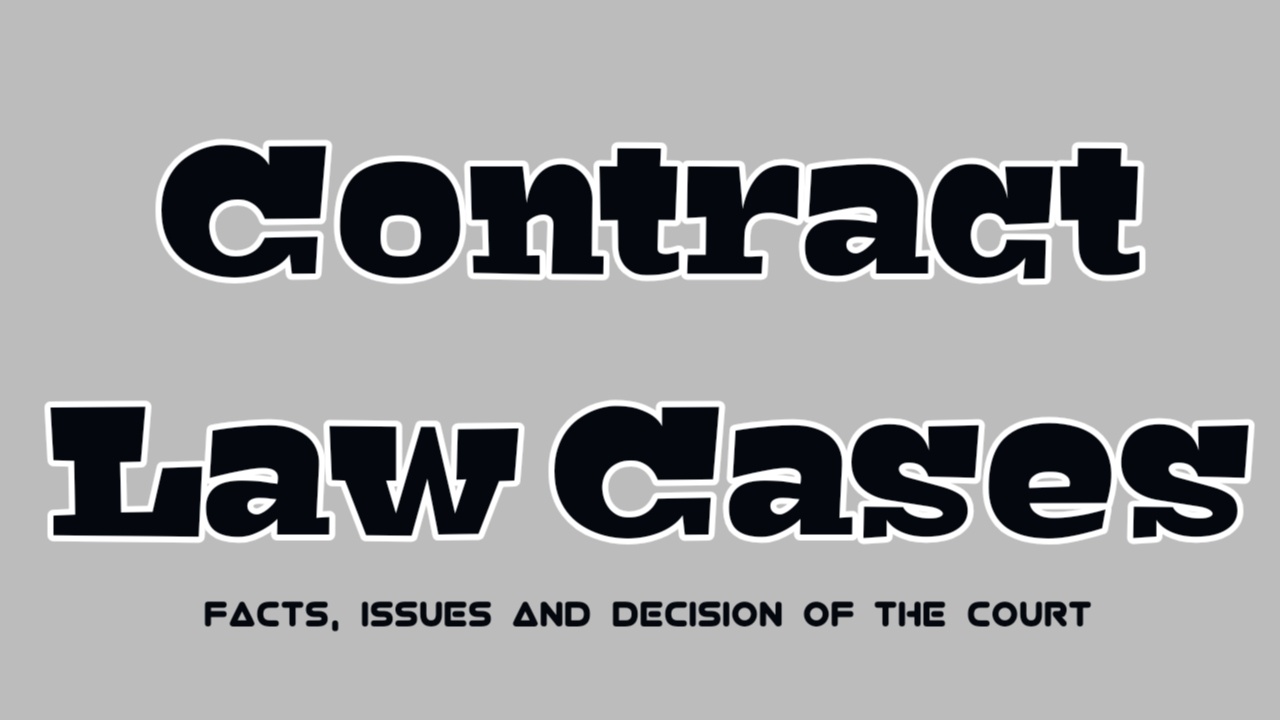 In this article, i will comprehensively discuss the rule in Adams v Lindsell [1818] 1B & A 681, stating the facts for the case. Coupled with that, I am going to show you the various exceptions to the rule. On that note, if you are a researcher or a student and you really want to know the exceptions to the rule in Adams v Lindsell then relax and read this work painstakingly. This article contains everything you need to know about the rule. Now here we go! 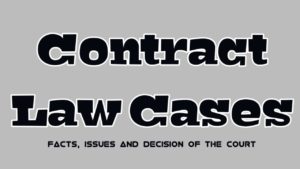 Exceptions To The Rule In Adams v Lindsell

The rule in Adams v Lindsell [1818] 1B & A 681 is also called the postal acceptance rule. It states that where acceptance is by post, it is completed and effective the moment the letter is posted.

Many scholars have tried to brainstorm the reason behind this legal principle. For instance, some legal schorlars posit that since the post office is the common agent of both parties, a letter put in the post is technically acceptance communicated to the offeror.

Accordingly, some legal scholars also suggest that with the posting of the letter of acceptance, a contract is complete in that no other act is necessary to bring it into existence. The Acceptance is merely assented to the offeror’s very proposal.

It has also been suggested that the rule in Adams v Lindsell is the best because any other rule would lead to fraud and delays in commercial transactions, for the offeree must now wait to hear from the offeror that he has received the acceptance.

Lastly, according to Anson’s Law of Contract, the rule in Adams v Lindsell is most convinient of all alternatives.

Facts of the case of Adams v Lindsell

It should be noted that the postal acceptance rule will also apply where the letter of acceptance is layed in the post, and even where it is totally lost. This was corroborated in the case of Household Fire Insurance Co Ltd v Grant [1879] 4 E & D 216. Here, the defendant applied for share in the plaintiff’s company and the company posted a reply accepting the offer and stating the number of shares allotted to the defendant but the letter was lost in the post.

Subsequently, the company went into liquidation and the defendant who didn’t even know that he was a shareholder in thr company was suddenly called upon to pay for the shares in the company. The court held that, on the basis of the rule in Adams v Lindsell, he was liable to pay for the shares because, the moment the company posted their letter pf acceptance, it was effective and therefore contract came into existence. It didn’t matter whether the letter got to him.

Exceptions to the rule in Adams v Lindsell

The rule in Adams v Lindsell is subject to 5(five) exceptions. These exceptions are given below:

Where it will lead to absurdity:

In the case of British & American Telegraph co v Colson [1871] LR 6, the court was of the view that the rule in Adams v Lindsell will not apply where the application would produce manifest inconvenience and absurdity. Take for instance, If a man proposed marriage and the women was to consult her parents and let him know, it would not be enough if she wrote and posted a letter which never reached him.

Where the terms of the offer specifically or impliedly say that acceptance must accurately reach the offeror:

This is another key exception to the rule in Adams v Lindsell. It will not apply where the terms of the offer specify expressly or impliedly that acceptance must accurately reach the offeror. Where this is the case, the Acceptance does not take effect at the moment of posting, but at the moment when the letter reaches the offeror.

According to Lawton LJ, a “notice” is a means of making something known. If a notice is to be of any value, it must be an intimation to someone. Thus, a notice which cannot impinge on someone’s mind is not functioning as such.

Where the letter is wrongly posted:

Another important exception to the rule in Adams v Lindsell is where the letter was actually posted wrongly. This was seen in the case of Re London and Northern Bank, ex parte Jones [1900] 1 Ch 220. In this case, the bank wrote a letter accepting Dr Jone’s application for share and handed it to one of its employees for posting early on 27 October 1900. The employee took the letter to the General post office at 7.00am that morning but instead of posting it himself, handed it over to the postman.

The postman took the letter to a district office where he posted the letter. It was not delivered until 7.30 pm. Meanwhile, Jones had earlier written a letter withdrawing his offer. The letter was received atrl the bank at 8.30am and opened at 9.30 am. It was held that handling the letter to the post man outside the General Post office was not “posting“.

Where it is unreasonable to use post as a means of communication:

Apparently, this is another exception to the rule in Adams v Lindsell. Where is it absolutely unreasonable, this rule will not be applied. Take for instance, where the offeree knows that the postal service is disrupted but still insist on posting the letter it will not be valid. This was laid down in the case of Bal v Staden [1902] TS 128.

Where from the circumstances of the case, the negotiating parties could have intended that a communication must be made:

Lastly, one of the exceptions to the rule in Adams v Lindsell is where from the circumstances of the case, the negotiating parties could have intended that there should be a binding agreement until the parties accepting the offer had in fact communicated the acceptance.