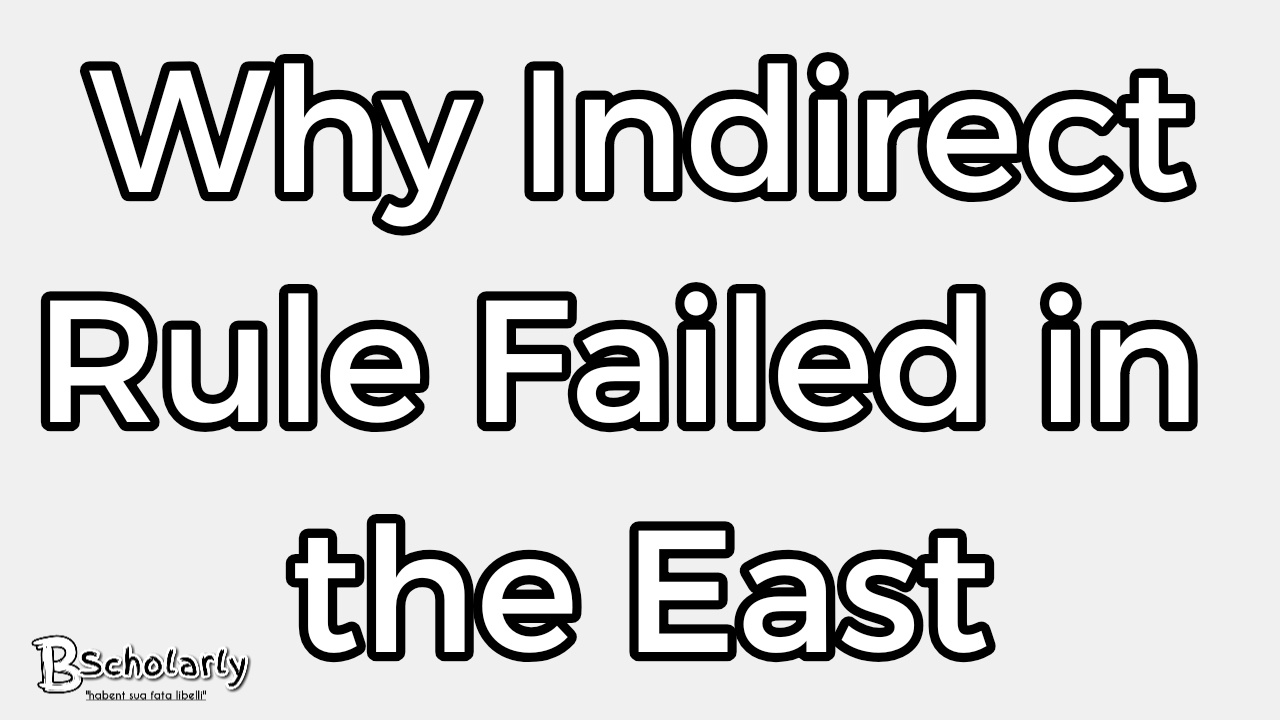 Why Indirect Rule failed in Eastern Nigeria: To understand Nigeria, you need to know some of the things that happened during the colonial erra. There is no doubt that almost all the things we identify as problems of Nigeria currently, began during the colonial erra. Some were caused by the colonial masters themselves, and some started as consequences of the leadership of the military in Nigeria. For instance, it is my view that the reason why there is ethnic disunity in Nigeria is because, the colonial masters divide and administered the country differently during colonialism.

Well, that is not the topic I will be discussing today. In today’s discussion, we will be looking at why indirect rule failed in Eastern Nigeria. Conversely, I will share with you the reasons why the eastern part of Nigeria vehemently opposed indirect rule by the colonial Masters. 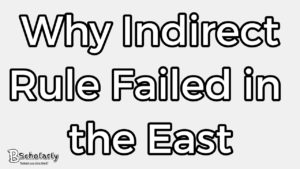 But because I will go into the crux of this topic, i would like to explicitly explain to you what indirect rule is. Trust me; this will go a long way to help you understand the reasons for the failure of indirect rule in Eastern Nigeria when i begin to mention and explain them. So, what is indirect rule?

In Nigeria for instance, the traditional leaders were employed by the British to administer the affairs of the local people. Basically, the reason why the colonial masters chose to use this system for Nigeria was to reduce the cost of leadership.

Below are the reasons why indirect rule failed in the east:

In short, these are the reasons why indirect rule failed in Eastern Nigeria. Nonetheless, if you really need information on the points raised above, i enjoin you to keep reading this work as i will painstakingly explain everything.

One of the major reasons why indirect rule failed in the the east was because of the decentralized system of government in the east. Apparently, the east was made up of majorly Igbo, and the precolonial political system of the igbos was democratic in nature. That is to say, powers were not concentrated in the hands of one single person. 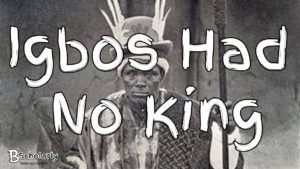 failure of indirect rule in the east

It was obviously unapt to practice indirect rule in that kind of system because there was the absence of a particular political authority. Thus, when the British brought indirect rule to the system it didn’t work smoothly for them. They had to look for authorities in the Eastern part of Nigeria who they could use, but they didn’t find any.

Following the failure of the colonial masters to find a Supreme authority in the east, they decided to introduce the warrant chiefs, whom they gave powers to control some of the political affairs of eastern Nigeria. Warrant chiefs were influential men appointed by the British to take charge of the local administration.

This step was vehemently opposed by the people. Naturally, Igbos (easterners) were acephalous in nature. That is to say, they didn’t have any particular political head. Thus, the introduction of the warrant chief was against the world view of the Igbos.

They actually did everything to wreck the introduction of warrant chiefs into their system but they could not stop the colonial masters. In my view, the idea of warrant chiefs was strictly imposed on the east to ensure the success of colonialism in that region. Evidently, this was why indirect rule totally failed in the east.

reasons why Indirect Rule Failed in Eastern part of Nigeria

Some of the educated elites at that time started enlightening the young and illiterate ones among them, not to accept whatever the colonial masters proposed. This was very fatal to indirect rule in that region. In my view, it contributed to about 40% of the reason why indirect rule did not succeed in the east.

Introduction of the tax system

Do you remember what led to the Aba Women’s Riots of 1929? It was a revolt against the tax system introduced by the colonial masters. Tax is something that is unusual to the east before colonialism. They were not paying tax to any authority until the colonial masters opted that market women should pay their taxes through the warrant chiefs.

When the tax system was introduced, market men and women vehemently opposed it. It was totally against the Igbo system. This apparently led to the Aba Women’s Riots of 1929. During this riot, market walked naked on the street to show that they were against the tax system. All these things contributed to the reason why indirect rule failed in the east.

Non-participation by the educated elites:

Knowing fully well that their core aim for using indirect rule will not succeed if the educated elites in the Igbo society were allowed participate in the leadership of the east, the colonial masters decided not to invite the educated elites to participate. They went to the illiterate and weak leaders; who were not able to figure out what exactly their plan was.

By way of conclusion, i must let you know that many other factors contributed to the failure of indirect rule in the east. However, these are the major reasons why indirect rule totally failed there. In summary, it is clear that the core reason why colonial masters failed in trying to introduce indirect rule in the east was because, the features of the system was oppose to what was practiced in the Eastern part of Nigeria.

Hope you enjoyed reading this awesome work? If you still have any question or contribution on this topic, please let me know using the comment section. I will be very glad to hear from you!

3 thoughts on “Why Indirect Rule Failed In Eastern Nigeria: 5 Reasons”