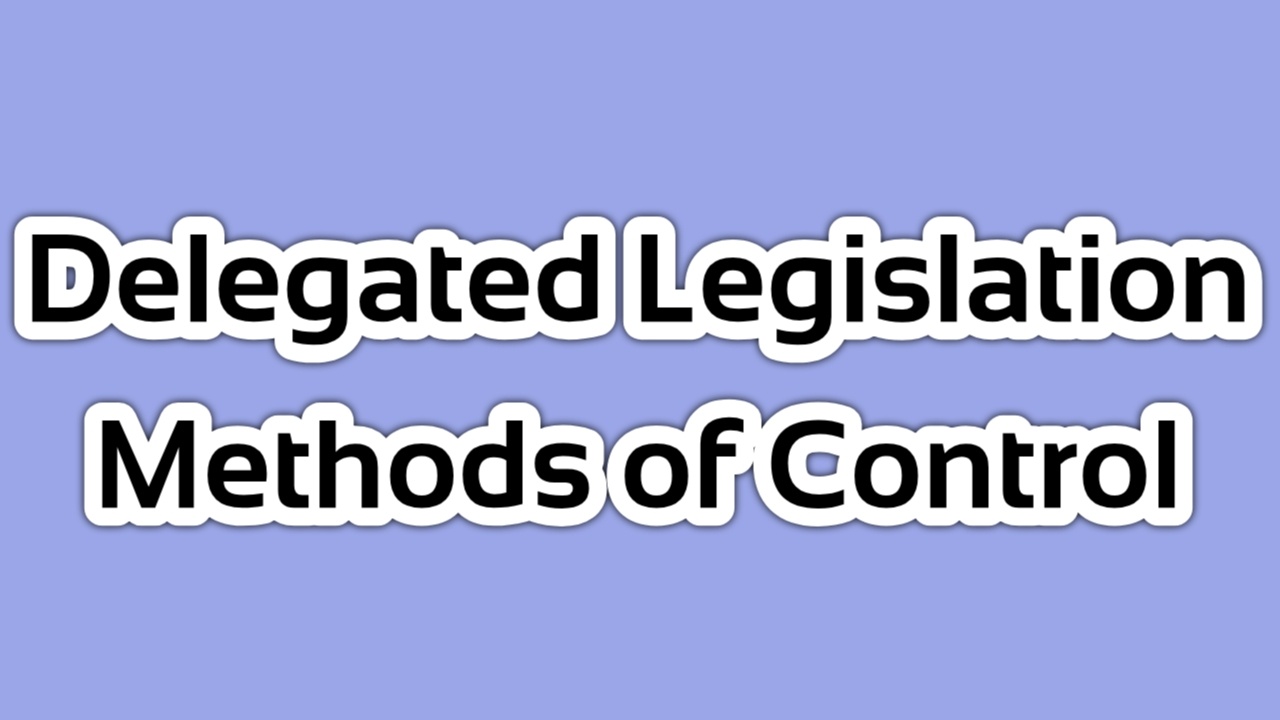 In Nigeria for instance, the president has ministers in different sectors of the country to support his administration. According, a Governor at the state level, has commissioners who assist him to carry out his executive duties. Delegation of functions or duties obtain in many areas of life. It reduces the workload of the person who has the authority or primary responsibility. This way, duties are not neglected and things get done.

In many countries of the world, the law actually provides for delegation of any function. However, the function or duty must be delegated appropriately and supervisory measures must also be put in place to avoid abuse of the powers. 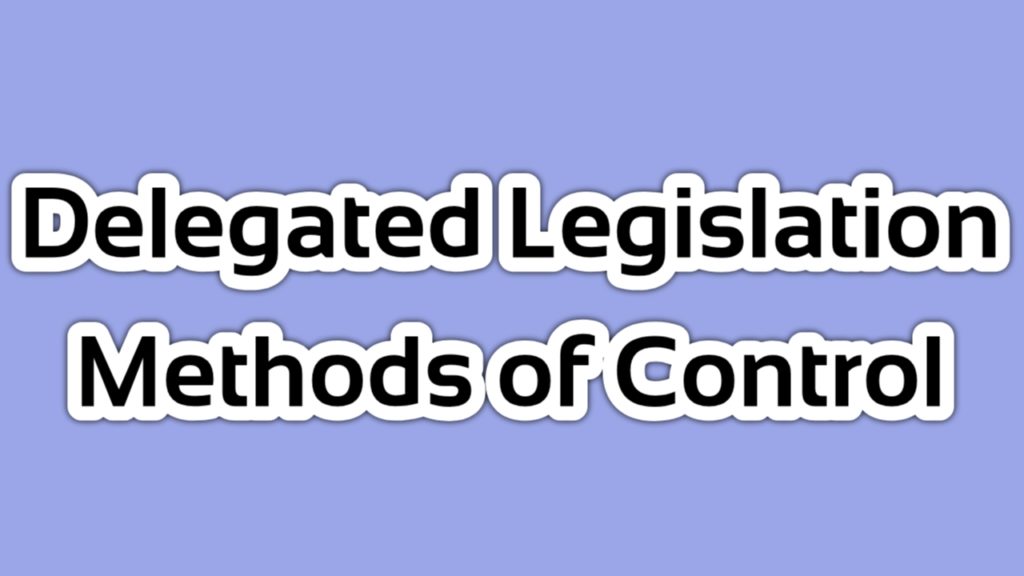 Today, we will be looking at the various ways to controlling delegated legislation to avoid abuse of powers and infringement on the rights to citizens. I enjoin you to read painstakingly as I tide you over!

How to become a successful lawyer in Nigeria

Criticisms of a democratic government

Types of control over delegated legislation

Below are the modes of controlling delegated legislation:

It is pertinent to note that when a particular power is delegated to an administrative agency, the legislature can revoke back that power at any time. In Anekwenze v. Aneke (1985) 1 NWLR Pt. 4 p. 771, one of the issues was whether the donor of power divest himself on the power when he donates the power to a delegate to act for himself.

The Supreme Court held that the rule is that an authority which delegates its power does not divest itself of the power delegated and therefore it has the power to revoke and resume his power and therefore should undertake the responsibility to supervise the delegates in its use for the general good of the society.

Therefore a donor of power as a general rule has the power to control the donee of the power or delegate in the use of the power. In this case, the Supreme Court cited with approval, the words of Lord COLERIDGE in Huth v Clarke 25 QBD 391:

“But delegation do not imply a denudation of power and authority. The word delegation implies that powers are committed to another person or body which are as rule, always subject to resumption by the power delegating it and many examples of this might be given. Unless therefore, it is controlled by statute, the delegating power can at any time resume its authority”

Now I will explain how the legislature can control delegated legislation. I enjoin you to read painstakingly so that will be able to understand the crux of this work.

Also read: How to prepare and pass WAEC examination in Nigeria

Where the donee of the power is a sole administrator, the legislature may enlarge it by setting up a council or board to exercise the power to make rules or to consider and take action.

Executive control over a delegate of power or the administrative law maker and his delegated legislation is usually by the executive arm of government or a higher administrative authority. It may be exercised in a number of ways including:

2. Submission of the proposed rules or planned line of action to the relevant supervisory body or authority for his slighting, perusal, Consideration, approval, modification, suspension or outright rejection of same. Local government councils, for instance submit Bye-Laws to the Ministry of Local Government or the Governor as the case may be for approval before they take effect as laws.

MUST READ: Major Achievements of the military in Nigeria

Delegated legislation is subject to the scrutiny of court in the exercise of the power of judicial review. This is in order to see whether or not a particular exercise of delegated power or delegated legislation is ultra vires, inordinate or otherwise. However, a court usually exercise its power of judicial review realistically and not unduly narrowly. Judicial control is usually exercised by the court at the suit or application of an aggrieved party. A court may grant relief subject to the following prerequisite:

A court may hear an application for judicial review of a delegated legislation or other act or omission of an administrator and exercise it’s judicial power to review the law or action in question by granting such legal remedies as are appropriate, which remedies includes:

A court may grant any of the above mentioned order or review, annul or set aside a delegated legislation or act. On the other hand, the court may unhold the action of the delegated and consequences not granted any relief not make any order in favour of the applicant.

In DSSS v Agbakoba’s (1999) 3 NWLR Pt. 595, p. 134 SC, the Supreme Court affirming the judgement of the court of Appeal made an order for the defendants respondents State Security Service Operatives to release the applicant’s passport to him as they had no power to impound it in the circumstances. The act was beyond the powers delegated to them in the enabling statute which established the State Security Service.

Accordingly, in Labiyi v Anretiola (1992) 8 NWLR Pt 258 p. 139 SC, the Supreme Court held that the constitution (Suspension and Modification) Decree No. 1, 1984 enacted by the Federal Military Government was the organic law, Supreme Law or Groundnorm of Nigeria. That subject to the limitations placed by the Decree itself, it gave unlimited legislative powers to the Military Governor of the State to make laws within his area of authority and competence.

However, the Governor in making the Edict in the instant case acted ultra vires his legislative powers. This is because, a Military Governor of a State is precluded from making laws with respect to any matter in the Concurrent Legislative List which affects Federal Legislative Powers without the prior consent of the Federal Military Government.

A declarator may ratify the act of the delegate

In certain circumstances, it is legally possible for a superior or donor of power to ratify, confirm or approve the acts of his subordinate, or donee. However, this is not often possible in a constitutional democracy as it may not be legally possible to pass a law to retroactively legitimise and ratify wrongful acts which were previously done before the ratifying law was enacted.

A delegator may therefore ratify the actions of his delegate, in instances where it is legally possible to do so.

Offence of rape in Nigeria: Effects and punishment by the law

Hope this article was helpful? Well, if you still have any question or contribution to the control of delegated legislation, please send them using the comment section. I would love to hear from you now!