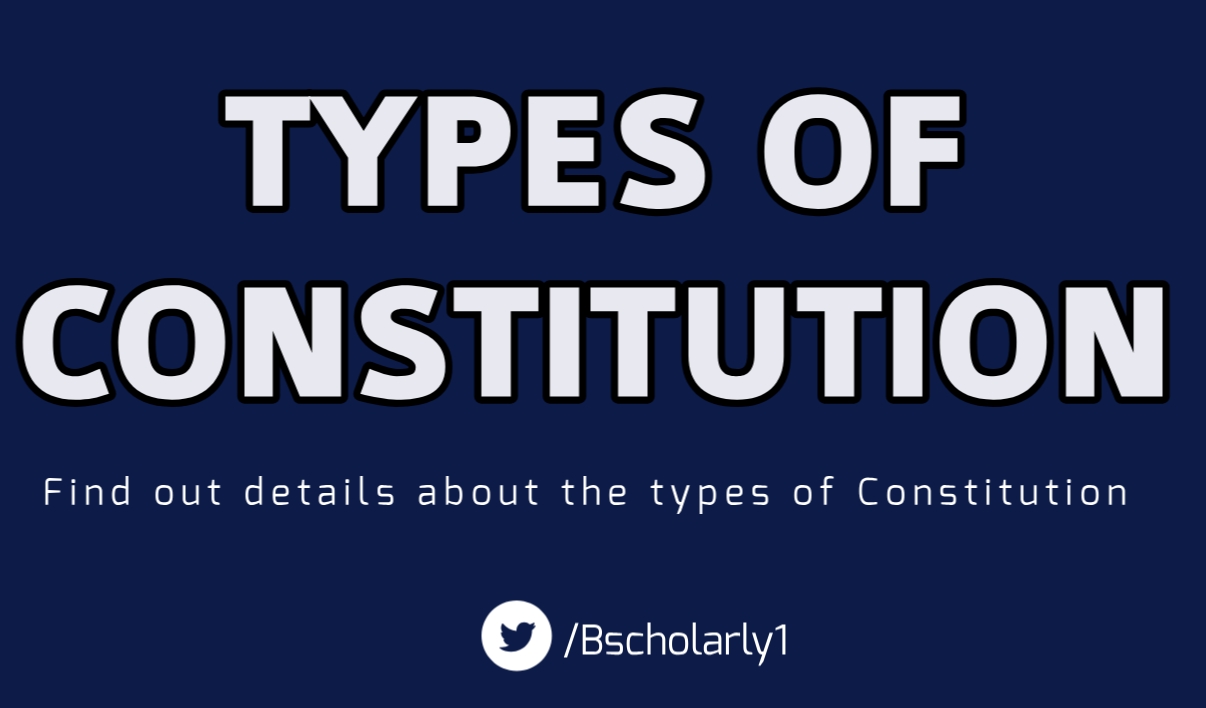 The first nature or way of viewing the constitution is as an expression of the will or desire of the people. Secondly, it can be seen as a social contract between the government as an entity and the people on the one hand.

In the second instance, the constitution is seen as a legal, social and a political contract between the people and the government or those holding public offices.

This contract as laid down in the form of a fully written, or partly written form usually provides that; the people must not be ruled by a government, except with the consent of the people. 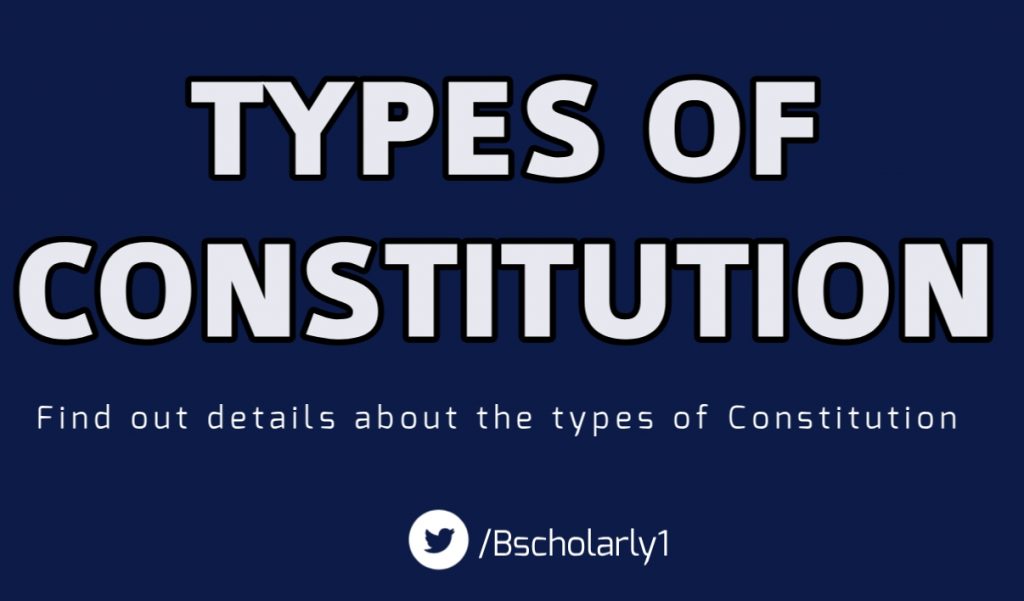 The British constitution is the best example of an unwritten constitution. It is not in one document, but can be found in various sources, such as statutes, conventions and judicial decisions.

As a result of being partly written and partly unwritten, the British Constitution relies on many practices or conventions. That is, constitutional practices which are not legal rules, but are accepted as binding by the British people.

On the other hand, a written constitution is a type of constitution that is contained in a single document and can be easily procured and consulted on any issue covered by it.

A written constitution is usually rigid in nature because of its cumbersome mode of amendment. Although it can actually be amended when found necessary.

ALSO READ: Advantage and disadvantages of an unwritten constitution

A flexible constitution is a constitution, which can be easily amended or changed without a cumbersome procedure. This type of constitution may be amended just like any statute, with a simple majority of vote of the members of the parliament.

The enactment or amendment of an ordinary law is usually by simple majority vote in the relevant parliament that has authority to make or amend such law.

ALSO READ: Differences between a rigid and flexible constitution

A unitary constitution one of the types of constitution which provides that governmental powers should be concentrated on the single central government, which does not share powers with other body in the country, but delegates powers to regional, local government and other subordinate bodies.

Put in a different way, in a unitary constitution, all government powers are concentrated in the central or national government as the only source of authority from which powers emanates.

A country operating a unitary system of government usually adopts a unitary constitution. The constitution though Supreme, is usually flexible and not rigid, as the government has power to amend it as maybe necessary.

Conversely, a federal constitution is one that provides for separate structures of government at the national, state and local councils, with each tier having its own constitutional assigned powers and duties.

The powers of the different tiers of the government are usually spelt out in legislative lists of the federal constitution.

ALSO READ: Differences between a federal and unitary system of government

In light of the above, a democratic constitution is a constitution that allows the people to choose their leaders by way of election, or to reject such leaders and their programmes, when they are no longer serving the interests of the the people. You might want to see the problems of democracy here.

ALSO READ: How to become a successful lawyer: 7 Important Qualities

A republican constitution is a type of constitution that provides for the position of an elected head of state for a fixed term of office who is usually known as President.

To understand a Monarchical constitution, you must understand that a monarchy is a government lead by a King, Queen, or Emperor.

A Monarchical constitution is actually a dynasty where the monarch is succeeded by his or her child or other heir from generation to generation or from one ruling house to another.

There are actually two subdivision of a Monarchical constitution namely:

Absolute monarch: This is a type of Monarchical constitution where the monarch has absolute powers and was and absolute ruler. He rules by divine right and his powers were not limited by the constitution if any. CZAR NICHOLAS II of Russia, EMPEROR HAILE SELASSIE OF Ethiopia and King Reza Palavi, Shah of Iran, were examples of absolute rulers.

Constitutional Monarch: This is a type of Monarchical constitution where the monarchy is a ceremonial head of state and a symbol of the nation with only limited powers.

The powers of the president is to maintain the constitution and to apply all the laws made by the parliament for the time being in force.

In countries where this type of constitution is practiced, the head of state who exercises only ceremonial functions may be a monarch, or a president, who is the figure head, symbol of the state and the Father or mother of the nation as the case may be.

It is important to note that most times, the prime ministers in the cabinet are all members of the same party or coalition equals.

This is where I am going to drop my pen on this topic. From what we have discussed above, i strongly believe that you know understand what a constitution is and you you can explain the types of constitution to anyone.

Anyways, if you have any contribution or questions to ask on this topic, do no hesitate to send them using the comment section. I will be glad to hear from you!