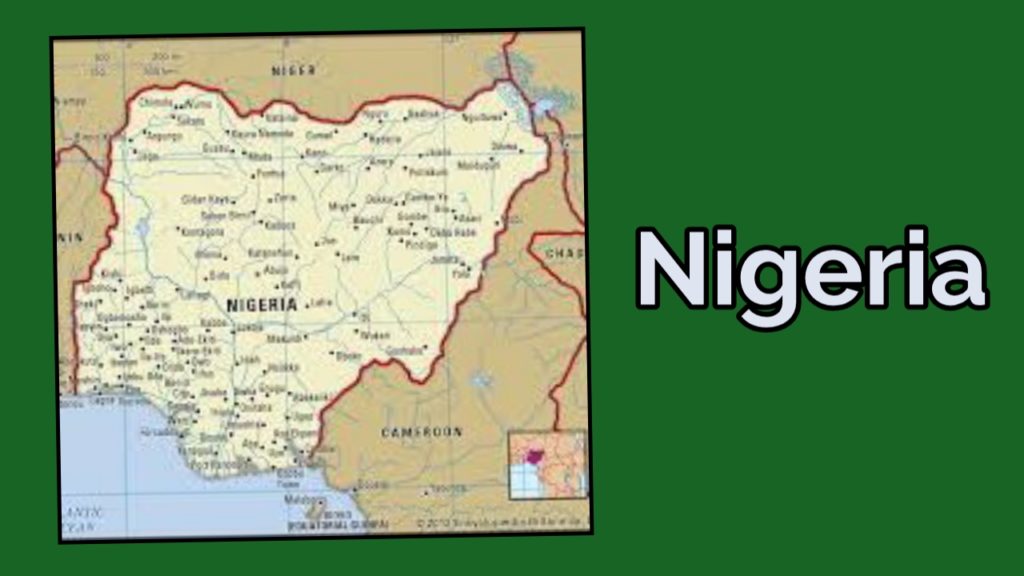 Apparently, Nigeria is a federation with 36 different states and about 774 local government area. State governments are usually independent because they play major role in the growth and development of the whole country.

However, at the beginning of every year, the federal government usually allocate revenue to both the state and local government, so as to ensure that activities of the government at those levels are active.

Conversely, the federal government considers, amongst other things, the size of states when allocating revenue to them.

This is apparently why some states are allocated more revenue than other in the country’s yearly budget.

Also read: List of states in Nigeria and their Local Government Areas

As we continue, i will show you the largest states in Nigeria this 2020. The states mentioned here are those that will likely to receive more revenue from the government because of their size.

Below are the largest states in Nigeria and their land area:

Okay! There you have the largest states in Nigeria this 2020. Well, if you need more information about these states, i enjoin to continue reading below as I share everything you need to know about the states mentioned above.

Niger state is undoubtedly the largest state in Nigeria this 2020 with 76,363km² land area. It was created in 1976 when the then North-Western State was bifurcated into Niger State and Sokoto State.

Niger state is located at the central Nigeria. It was named after the popular Niger river. This is apparently one of the major rivers in the state.

If you have noticed, Niger state is one of the major places travelers pass when going into any other states in Nigeria. I personally got to know about Niger state very well because it usually takes time to pass Niger State whenever I am traveling to Abuja. This actually corroborates the fact the Niger state is really large.

Borno State is the second on my list of the largest states in Nigeria with 70,898km² land area. Borno state is Popularly known as the “Home of Peace“. It was created in 1976 to foster the principle of federalism in Nigeria. Apparently, the capital and largest city in Borno state is Maiduguri.

Accordingly to Wikipedia, Borno state is ranked 11th position in the list of most populated states in Nigeria with about 4,171,104 population currently. Islam is the predominant region in the state, however there are still few Christians and traditionalist there.

Just after Borno State is Taraba State. It is truly one of the largest states in Nigeria with 54,473km² land area. It will surprise you to know that Taraba state was created out of the former Gongola State on 27 August 1991, by the military government of General Ibrahim Babangida.

Today, Taraba state ranks 33rd in the list of the most populated states in Nigeria. It has about 2,294,800 people currently living there. The biggest city and capital of the state is Jalingo. Just like Niger, Taraba state is known for the Taraba River which traverses the southern part of the state.

It is evident that this is the reason why the state is called Taraba state. Research also shows that the state probably contribute more to the agricultural sector of Nigeria than any other state in the country.

Next on my list of the largest states in Nigeria is Kaduna State. Its land area is 46,053km² according to Wikipedia. Research shows that Kaduna state is the 18th state that was created in Nigeria. Apparently, it is located in the northwest zone of the country.

Kaduna state is among the top 3 most populated states in Nigeria with about 6,113,503 population according to the census conducted in Nigeria (2006).

It will surprise you to know that Kaduna state was given its name by Lord Frederick Lugard and his colonial colleagues when they moved the capital of the then Northern Region from Zungeru to Kaduna city in 1916. Kaduna State’s economy is apparently not the worst in Nigeria. I mean, it made up 3.3% of Nigerian GDP around 2002 – 2008.

Also read: Reasons for federalism in Nigeria: See Why

Bauchi State is another large state in Nigeria. Its capital is the city of Bauchi, which apparently is the biggest city in the state. Bauchi state has a total land area of 45,837km². This has been corroborated by many newspapers and magazines in Nigeria.

Research shows that Bauchi State was created in 1976, when the former North-Eastern State was broken up. It currently has a population of about 4,676,465 and ranks 7th of 36 in the list of the most populated states in Nigeria 2020.

History also suggest that the name of the state was gotten from a hunter known as Baushe, who settled in the region before the arrival of Yakubu, the first traditional ruler of Bauchi emirate.

Also read: Best commercial courses to study in the university

Yobe State is another powerful and popular state in Nigeria. It is one of the largest with 45,502 km² land area, which makes it the 6th out of 36 states in Nigeria. Yobe state was created in August 1991 out of the old Borno State by Ibrahim Babangida administration.

It also 32nd most populated states in Nigeria with a population of 2,321,339 according to the census conducted in Nigeria in 2006. As you already know, there are many tribes and languages in Yobe state. Currently the state has of 17 local government areas (or LGAs).

Zamfara State is also one of the most populated states in Nigeria with 39,762km² land area. The state is located at the north-western region of Nigeria. According to Wikipedia, Zamfara state was one of the old Hausa city-states like Kano, Katsina, Gobir, Kabi and Zazzau. Its capital and biggest city is Gusau.

The current governor of Zamfara State is Bello Matawalle, a member of the People’s Democratic Party (PDP). Over the years, this state has been doing very well. In my opinion, Zamfara State is one of the states that is really contributing greatly to the growth and development of Nigeria.

Also read: Can the supreme court of Nigeria reverse itself? See answer here

Adamawa is a state located in the north-eastern part of Nigeria. It was created in August 1991 to foster federalism and ensure equitable development of the country.

As one of the most productive states in Nigeria, the major occupation of citizens in the state is farming as reflected in their two notable vegetational zones, the Sub-Sudan and Northern Guinea Savannah zones.

Adamawa State is another large states in Nigeria. Its land area is about 36,917km², which makes the state among the top 7 largest state in Nigeria. It will also surprise you to know that Adamawa state currently has a population of about 3,178,950 people according to the 2006 census.

Currently, Adamawa state is known for producing cash crops and food crops such as; maize, yam, cassava, guinea corn, millet and rice. No doubt, it is one of the largest states in Nigeria in 2020.

Also read: Names of Nigerian Presidents From 1960 till Date

Kwara State was created on the 27th of May 1967. It is populated with about 2,365,353 citizens, which makes the state 30th position in the list of the most populated states in Nigeria. Research shows that the size of Kwara state has reduced considerably due to the further state creation exercises in Nigeria.

Kwara state is located in Western Nigeria. Its capital is Ilorin. The primary ethnic group in the state is Yoruba, with significant Nupe, Bariba, and Fulani minorities.

History have it that Kwara State was one of the first state that was created by General Yakubu Gowon in 1967. At that time, the state was very large. It was made up of the former Ilorin and Kabba provinces of the then Northern Region and was initially named the West Central State but later changed to “Kwara“, a local name for the River Niger.

Kebbi State is the last on the top 10 largest states in Nigeria currently. Its land area is about 36,800km² (this was reported in the 2006 census). Surprisingly, Kebbi is also one of the most populated states in Nigeria with about 125,594 people living there.

Birnin Kebbi is a city located in northwestern Nigeria. It is the capital city of Kebbi State and headquarters of the Gwandu Emirate.

As you already know, most of the states in the northwest are Islam. Kebbi is not exceptional anyway. The state is domimated by Hausas and Fulanis, with Islam as the major religion.

That notwithstanding, there are still some Christians and traditional worshipers in the state.

By way of conclusion, i must remind you that this list was not fabricated from thin air. This is actually a compilation of the largest states in Nigeria after doing thorough research with some of the authoritative and top media companies in Nigeria.

If you enjoyed this world, don’t forget to like and share it! I will really appreciate if you do so.