Home » Scholarly Articles » Computer Science and Computer Engineering, Which Is Better to Study?

Computer Science and Computer Engineering, Which Is Better to Study? 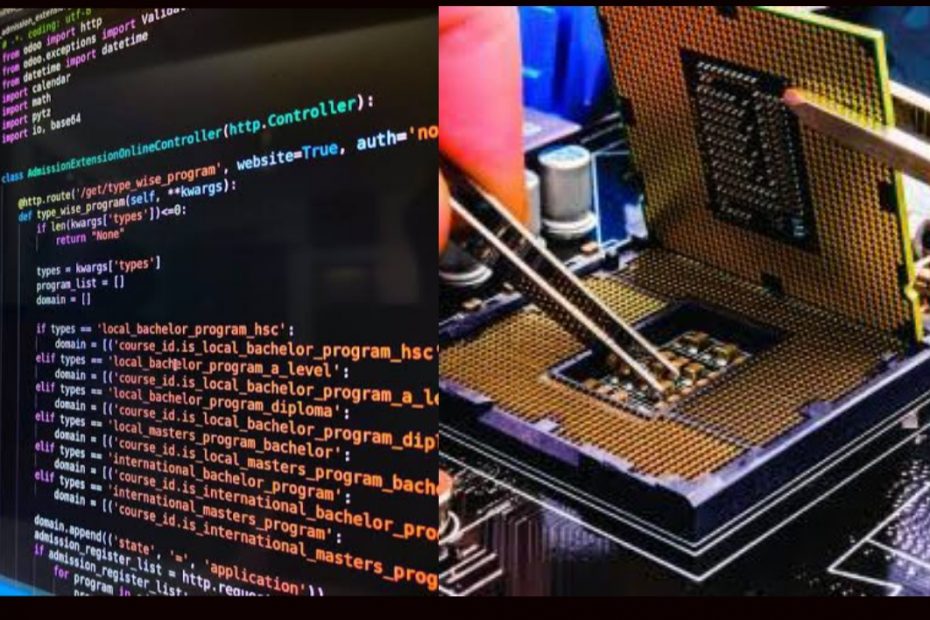 The misconception is most likely because both disciplines have nearly identical employment options and are challenging to study.

We’ll examine the two fields; computer science vs computer engineering in this article to help you choose the best career choice. 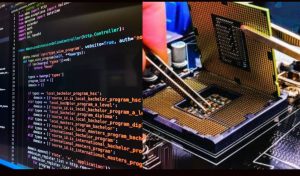 Computer Science and Computer Engineering, Which Is Better to study

Computer Engineering blends electrical engineering concepts with notions from the realm of computer science. Computer engineers deal with the hardware and software that computers utilize. This might include everything from small microchips to massive supercomputers. They devote a significant amount of effort to hardware and firmware development. They concentrate on creating, testing, and upgrading these products. 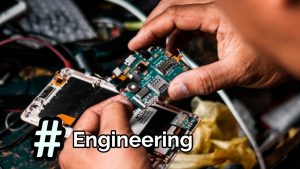 Computer Science vs Computer Engineering, what’s the similarities and differences

Computer engineering majors may pursue careers in hardware, firmware, or software engineering after graduation. Network architect and systems analyst are two other common jobs in the sector. Telecommunications and logistics are two industries where computer engineers may work.

Computer science is a mathematical discipline that deals with the application of algorithms and models to computing systems. Computer Science includes both theoretical and applied aspects. 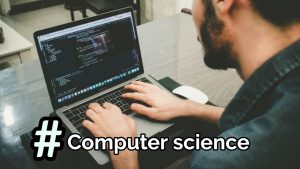 Why should I choose computer engineering over computer science

Computer scientists, for instance, may look into the theory of computation. Thinking about abstract concepts such as this can lead to the discovery of answers to real-world problems. Consequently, computer science now covers issues such as how to create networks, protect the integrity of data, use artificial intelligence, and accelerate computer processing.

Advanced arithmetic, algorithms, data structures, programming languages, and operating systems are commonly studied by undergraduates in a computer science curriculum. Courses on the software development lifecycle and software quality assurance are likely to be included in the curriculum. Specializations in computer science include big data, artificial intelligence, and computer systems.

Graduates in computer science can work in software development, mobile app design, or web development. Some go on to work as IT administrators, researchers in information systems, or data scientists. Many people work in the field of computer systems design.

Recommended: Best Universities in the UK for Computer Science: Top 10

Given that both areas employ computers to solve real-world issues involving data and human interaction, there is no disputing that there are some parallels between the two fields. In general, the two programs rely on one another to develop and generate products. Any gadget you use, whether it’s in your laptop or your automobile, was created and tested by a team of computer scientists and engineers.

As previously said, computer science is solely concerned with programming and the creation of complicated and efficient algorithms. So, in general, it’s more software-driven than hardware-driven.

Computer engineering, conversely, focuses on creating good computer components and ensuring that they perform well together. As a result, it is more hardware-based than software-based.

Experts in both computer science and computer engineering must collaborate when developing gadgets for commercial usage, thereby incorporating the two components (hardware and software). It might be difficult to decide which degree to pursue, yet both alternatives lead to more work chances.

Recommended: How to become a guru in Mathematics

Here are some reasons why computer science is great to study:

1. Graduates in computer science are in great demand: After graduation, computer science students have a better probability of finding full-time work. Even if the job market is insanely competitive, studying computer technology makes it simpler to find a job with a decent income.

2. You can work as a freelancer: Freelancing is a thriving industry. Because computer science focuses on creating programs, being a freelancer and earning excellent money is easy. Consider the numerous websites, mobile applications, and other features that need programming, and you may be certain of a plethora of freelancing prospects once you are a graduate of computer science

3. You learn how to solve problems: Some coursework in computer science requires you to create software to aid with issue solving. Understanding how to address software problems, such as bugs and code challenges, can prepare you for a future profession as a problem solver. Furthermore, the patience you develop while solving software difficulties will help you grow into a key figure in your future job.

4. You become more inventive and imaginative: Programming is only a small part of what computer science entails. Computer scientists create software that assists in the resolution of real-world issues.

Consider how many platforms we interact with daily. Facebook, Instagram, Twitter, and other social media platforms are just some of the options. Every one of these forums aids in the resolution of issues. Connecting with our family and friends used to be difficult in the past. But we can now communicate and interact with friends, exchange images, and so on, thanks to social media. All of this is thanks to the ingenuity and imagination of computer science students.

5. There are several opportunities in the future: The internet is always changing. Thanks to computer science graduates who are helping to alter the internet, what used to take over an hour to download now takes only a few seconds. There are far more prospective options for computer science students than one may expect.

As the world’s markets grow, so does the demand for computer science degrees.

Also see: How to know an intelligent person

Here are a few reasons why computer engineering is a great career path:

1. Job options abound: Every day, new technological businesses emerge. There are several work options for computer engineers, ranging from Intel to HP to Apple, to name a few. Furthermore, you may devote your entire career to programming, become a programmer, and work on all parts of systems.

2. Increased pay: Computer engineering jobs are incredibly lucrative. According to a survey published on the top essay writers UK site, systems analysts, hardware engineers, programmers, and network architects make between $82,000 and $150,000 per year on average.

4. A chance to travel around the world: Given that many major cities in the globe have large tech enterprises that employ computer engineers, computer engineers have no restrictions as to where they live. You can work as an information security consultant, advising businesses on how to protect their relevant data. This permits you to travel and work with a variety of firms all around the world.

As previously stated, computer science is concerned with software, whereas computer engineering is concerned with hardware and firmware. In a word, whether computer science or computer engineering is preferable depends on your professional objectives and if you want to work with physical objects or prefer to work with theories. All areas lead to profitable and stable employment opportunities.

1 thought on “Computer Science and Computer Engineering, Which Is Better to Study?”