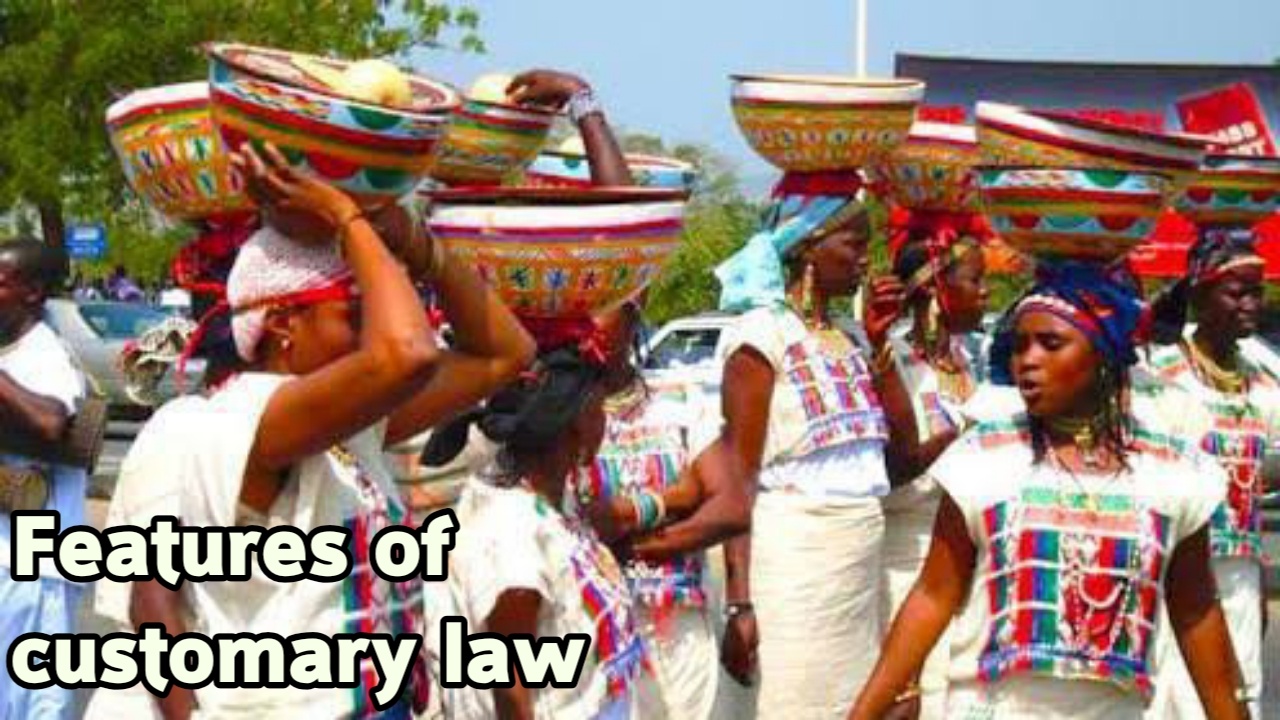 In this article i will highlight some of the characteristics of customary law in Nigeria. It is pertinent that every citizen of Nigeria know these characteristics because they are one of the basic things everyone should have an idea about. Accordingly, knowing these characteristics will help you to evaluate the status/strength of those local laws practiced in your local areas.

On this note, I enjoin you to read this article painstakingly. Trust me; I will use the simplest language i can to explain this topic. So don’t worry if you are not a lawyer or law student. Just read carefully and ask yourself questions if you have any.

What is customary law?

Andrew Obasiki, J.S.C defined customary law as the “organic or living law of the indigenous people of Nigeria regulating their lives and transactions. It is regulatory in that it controls the lives and transactions of the community subject to it“. This definition was given in the case of Oyewunmi v Ogunesan [1990] 3 NWLR (PT. 137) 137. Customary law can also be defined as the law which has from long and consistent usage, obtained the force of law.

Following this definition, it should be noted that a custom may only reflect the common usage and practice of the people in a particular matter without having the force of law. In other words, a custom may exist without the element of coercion or sanction. This was why John Austin defined custom as “positive morality, a long as it does not receive judicial pronouncement.” The element of law is important because it is that which in reality carries sanction in the event of breach. Having known this, we will now look at the characteristics of customary law in general.

MUST READ: RICHEST LAWYERS IN NIGERIA 2020

Below are the features of customary law in Nigeria:

Okay! That is a list of some of the features of customary laws in Nigeria. However, to make sure that you fully understand these features, i will quickly explain each of them.

One of the striking characteristics of customary law is that, it is totally unwritten. What this means is that, customary laws are not contained in a single document. For instance, the customary law of a particular village can be that only male children are allowed to inherit the estate of their fathers. This law does not necessarily have to be contained in any document but it will still be recognized my members of the society.

Evidently, the source of customary law is usually the recollection of elders and others whose traditional roles enable them to have special knowledge of the custom and traditions of their people. They make laws based on the usual practics of people in that community.

In the celebrated case of Lewis v Bankole (1909) 1 NLR, it was stated that one of the striking features of customary law is its flexibility; it appears to have been always subject to motives of expediency, and it shows unquestionable adaptability to altered circumstance without entirely losing its character. This was also corroborated in the case of kimdey v military Governor of gongola state and others.

Other authorities such as the Black’s law dictionary, professor Obilade, Taslim Elias etc, has also corroborated their fact that it is the obligation of the people who practice a particular custom to translate it into a binding law.

It is also contended, that the diversity of customs in Nigeria, is the major obstacle to the uniformity of customary law system in Nigeria.

Also read:
Best lawyers in Nigeria you should employ
Most populated universities in Nigeria 2020
How to become a successful lawyer in Nigeria