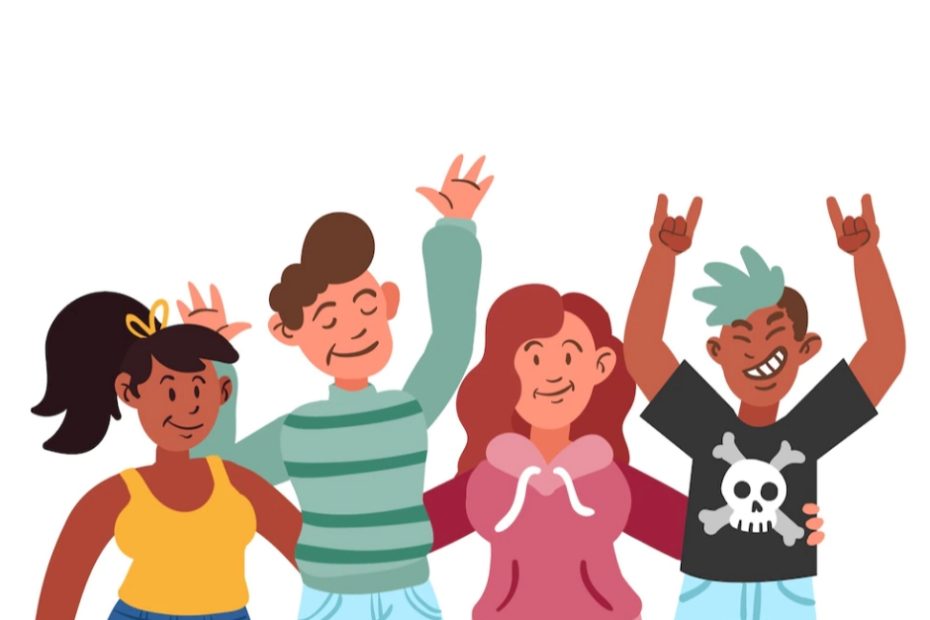 Common Problems of Adolescence: Adolescence refers to a transitional stage of growth and development that occurs between childhood and adulthood. Adolescents are those between the ages of 10 and 19 according to the World Health Organization (WHO). This age range falls under WHO’s definition of young people, which includes those aged 10 to 24.

On one hand, adolescence is sometimes slightly equated with puberty and the progression of physical changes that lead to reproductive maturity in many societies whereas, the term is viewed in other areas in broader terms that go beyond the purely physical elements of maturity to include psychological, social, and moral domains. Adolescence, which is generally equated to the word teenagers in these settings, is often used to describe the time between the ages of 12 and 20.

For young people, adolescence is not an easy period since these individuals are forced to make a variety of modifications as a result of the transition to self-sufficiency. Knowing about and being prepared to address the demands and problems of this phase can go a long way to help both the parents and the young person involved. This article explores the common problems of adolescence.

1. Physical Changes: Changes in hormone levels cause physical changes in adolescents. Girls may first experience discomfort when their breasts grow fully. Some girls may begin to feel self-conscious about their physique. Possibly the most noticeable change that occurs throughout puberty is a boy’s voice shift and the development of facial hair. Other physical changes experienced during adolescence include:

a. The development of acne which is a serious issue

b. Muscle gain which can sometimes result in increased body weight in adolescents.

c. Both boys’ and girls’ development of pubic hair

2. Emotional changes and problems: Hormones influence an adolescent not just physically but also emotionally. Adolescents are frequently conflicted about their roles and torn between their obligations as evolving adults and their childhood aspirations. 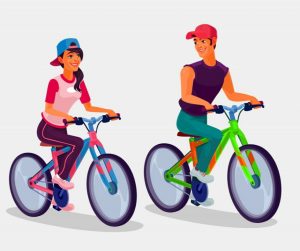 Facing The Challenges Of Adolescence

They tend to be overly emotional (blame it on the hormones). They may get thrilled, furious, or elated about just about anything. Teenage females are prone to sobbing. Additionally, Both teenage boys and girls frequently experience mood swings, meanwhile, self-consciousness arises from physical changes. At this point, feelings of superiority or inferiority could appear. Moreover, early onset puberty might even make children feel strange.

Also see: How To Introduce Yourself To A Girl

3. Behavioural changes: Overwhelming emotions might cause impulsive conduct, which could be detrimental to the young person and other people. Typically, it’s just the usual adolescent behaviour that persists throughout that period. 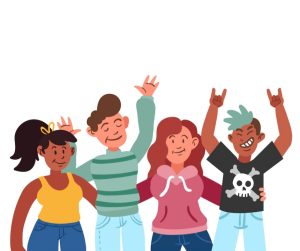 a. Children gain and assert their independence during adolescence. This could lead to them challenging their parents’ rules in an argumentative way and defending what they think is correct (seen as stubbornness).

b. Adolescents are cranky, exhausted, and challenging to deal with due to significant developmental changes.

c. Adolescent males may even be driven to engage in violent altercations by their surging hormones. Additionally, they would love to listen to loud music.

d. Adolescents may desire to explore new things and take risks as a result of their newly found freedom, which can lead to reckless conduct.

e. Pressure from peers and the desire to “fit in” can sometimes cause adolescents to act in certain ways or form difficult-to-break habits.

f. Additionally, an adolescent’s appearance, sense of style, and grooming change often in ways that do not garner approval.

g. One of the prevalent behavioural problems among adolescents is lying. Adolescents may tell lies out of fear or to avoid conflict with their parents.

4. Substance use and abuse: Adolescents are impressionable and readily influenced, making them particularly susceptible. Substance abuse is one of the most serious problems that parents of adolescents face across the world. One of the main reasons why they start using drugs, drinking, and smoking is peer pressure. Most adolescents try smoking or drinking before they are old enough to do so due to their propensity for taking risks. If left unchecked, what may begin as a “thrill” might develop into a habit. 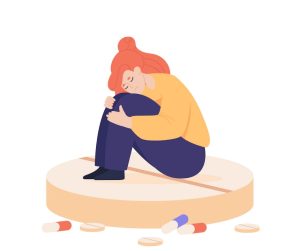 What Are the Most Common Problems during Adolescence?

Moreover, adolescents may smoke or drink because of low self-esteem and a desire to fit in. The temptation to try illegal substances may be increased by the availability of access to things like cigarettes, alcohol, narcotics, and anabolic steroids.

5. Health problems: Adolescents are both emotionally and physically vulnerable. They are prone to illnesses without sufficient dietary intake and medical care. A 2015 WHO estimate revealed that 1.3 million adolescents died in 2015, the majority from illnesses that could have been avoided.

a. Adolescents have a packed lifestyle and seldom have time to properly eat or rest since they scurry from one activity to the next. They are unable to obtain the nourishment they require due to unhealthy eating habits.

b. In girls especially, body awareness can result in eating problems. Adolescent females who obsess about their weight and attractiveness run the risk of developing anorexia or bulimia.

c. In young children, stress can also cause appetite loss and disrupted sleep.

d. Obesity can also be brought on by poor eating patterns and a sedentary lifestyle, which is often the case when adolescents consume a lot of empty calories from fast food and beverages.

6. Psychological problems: Studies have shown that over half of all mental health illnesses in adults begin at the age of 14. In fact, depression-related suicides account for one-third of all adolescent deaths. Anxiety and mood disorders are the mental health conditions that are seen most frequently in adolescents. In this age bracket, social phobias and panic disorders are prevalent. 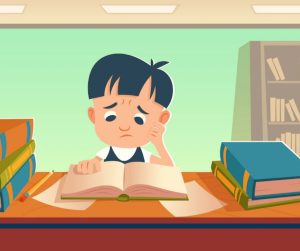 What are the main problems of adolescence?

a. Adolescents may struggle with low self-esteem or lack of confidence. Their appearance and acceptance of their body—skin colour, attractiveness, and figure—often cause them to feel inadequate or superior.

b. Low IQ and poor academic achievement might also demotivate them. They start to live their lives with a “I’m not good enough” mentality.

c. One of the frequent psychological issues linked to adolescence is depression.

d. Adolescent stress and pressure can result in anxiety-related problems, and mood swings can cause conduct disorder or oppositional defiant disorder.

e. Eating disorders are also psychosomatic since they begin with the adolescent having a negative self-perception and feeling the urge to alter their appearance in any way possible.

7. Social problems –Dating and Relationships: Puberty is the starting point for attraction to the opposite sex. Adolescence is the period during which their sexual or reproductive organs begin to develop. Adolescents typically feel uncomfortable in social interactions at such a sensitive age. During this time, they appear to be preoccupied with engaging with friends on social networking sites, over their phones. 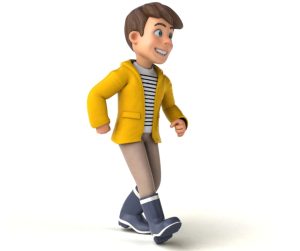 Common Problems Of Adolescence, And Their Solutions

Furthermore, because everything appears to be happening very fast around adolescents, They face the problem of having to comprehend and accept their sexuality. Boys and girls begin to have “strange” sentiments toward the opposite sex and may not know how to handle them. They may feel guilty for having sex-related thoughts and sensations because they believe they are improper.
Another significant component of a teen’s social life is competition. Their competitive attitude reveals a lot about their sense of self, whether that is a positive or negative one.

Also see: Best Countries For Business In The World 2023

8. Sexually Related Problems – Unplanned Pregnancy and STIs: The development of secondary sexual characteristics during adolescence gives rise to new sensations which could motivate them to experiment with their bodies.

So, adolescents who are not properly guided may become sexually active before they are ready and this could lead to unwanted pregnancies. The most serious challenge that adolescent females are posed with is unwanted pregnancy. Additionally, unprotected intercourse might result in STDs like HIV.

Also see: Oldest Sports In The World (With Pictures)

9. Addiction to cyberspace: The introduction of social media has altered how we communicate with one another. In the lives of adolescents, this is another common problem that affects them.
Most adolescents are hooked to the internet, and typically these ones have fewer friends and are less involved in social activities.

They lead isolated lifestyles and are content to spend hours online. Their physical activity is also reduced due to addiction to the internet, leading to an unhealthy and sedentary lifestyle. Let’s not forget, academic performance is also negatively impacted by internet addiction.

10. Aggression and violence: Adolescent males are particularly vulnerable to aggression. As the males begin to bulk up, get taller, and have a manlier voice, they are also sensitive, irritable, and prone to letting people get on their nerves. So, we see boys in their adolescence might get into fights at school.

But that’s not all, a common problem seen in adolescence is bullying which is a serious issue that both males and girls struggle with. As shown in a WHO estimate, interpersonal violence accounts for around 180 adolescent mortality worldwide.

Adolescents undergo a variety of changes as they go through the transition from childhood to adulthood. A young person’s life at this point is also quite delicate since they might be dealing with several issues related to adolescence.