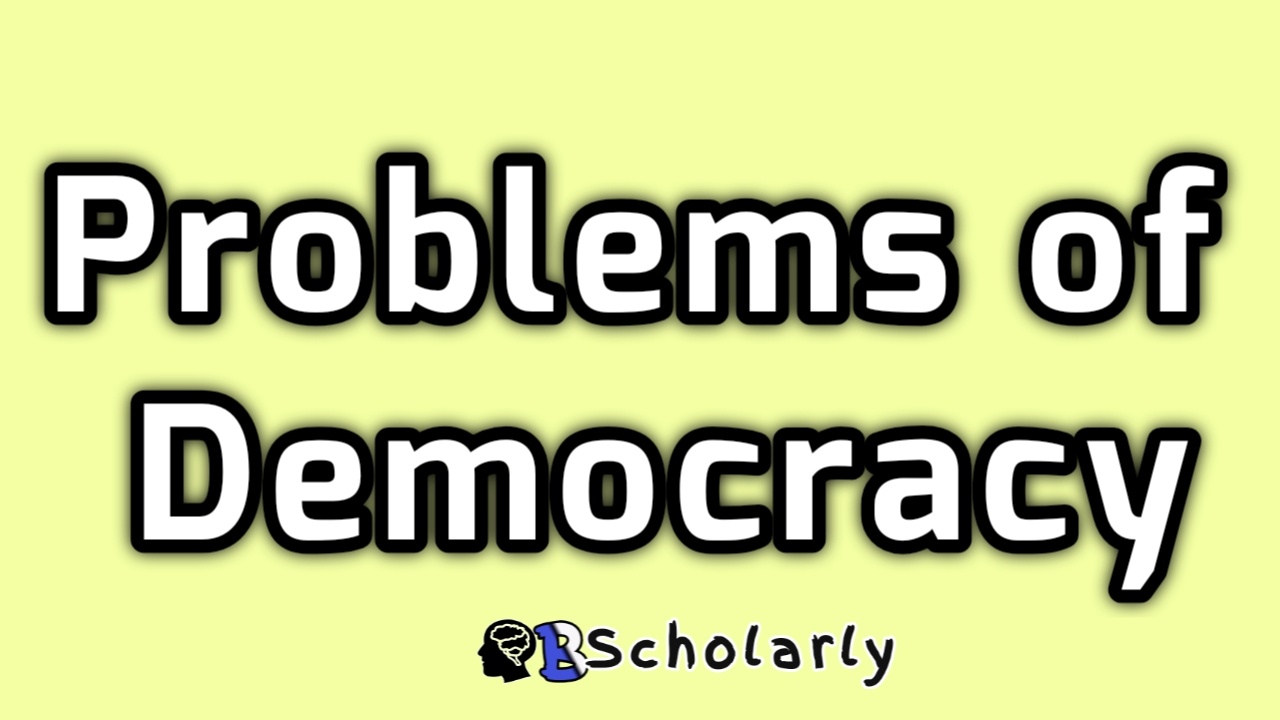 For one to explicitly discuss the criticisms of Democracy, it is pertinent to consider the concept of Democracy in detail, this will enable us to understand exactly what is being criticized and the reasons for making such criticisms.

The major Criticisms of Democracy as a system of government

Democracy is defined as a system of government where all adult citizens share the supreme power directly or through their elected representatives. It is strictly based on popular consent, it is a government that drives it power on public opinion.

In the opinion of Abraham Lincoln, whose definition of Democracy has become axiomatic views it as “the government of the people, for the people and by the people“. Franckline Roosevelt was apt when he opined that politics is not an alien power over us, and that the ultimate rulers of our democracy is not the President and Congressmen but ourselves.

This point to the fact that in democracy, the PEOPLE remains the focal point. The fusion of two Greek words Demos(People) and Kratia ( rule or government) gave birth to the word democracy. Democratic system of government therefore started in the ancient Greek city states.

Such government is representative of all peoples and interest within the state and it is described as open government, because it permits freedom of speech and idea. Democracy is regarded as the best form of government that can be adopted in a country.

Arguments against democratic system of Government

Below are the criticisms of a democratic system of government:

1. Imposition of election candidates: A critical analysis of democracy in practice has shown that there is actually no free choice of leadership, but the imposition of leaders from different political parties. This is so because, democracy is usually practiced with either a two or a multi party system. Consequently, the people can only choose their leaders from those that are mad available to them. They is no actual freedom to elect anyone into political offices to leader the people.

This can be clearly seen in the United States. The United States has only two major political parties: the Democrats and the Republicans. Thus, the people only have two leaders from which they can elect. Those who have other choices may have to reshape their dreams and aspirations to fit any of the two politial parties above instead of elect someone that really wants to represent their interests. This is why democracy in the practical sense, is seen as the imposition of leader rather than the freedom to choose any leader.

Not only in the United States does this happen. There are many other democratic countries where leaders are imposed on the people through political parties.

Also read:Past leaders of Nigeria from 1914 till date

This is equally one of the problems and criticisms of democracy and it can been seen in almost every country practising democracy today.

3. Power struggle: In a democratic state, there are many political parties struggling to contest election and take over the government. Most times, these political parties play extremely dirty games to win their elections.

This argument has be corroborated by a professor of law in the University of Lagos (Ese Malemi), who argued that democracy with the various political parties campaigning for votes of the people in order to form the government is competitive and may make some parties resort to thuggery, arson and rigging in order to win elections. No doubt, power struggle is one of the major problems or criticisms of democracy.

4. It is too expensive: Democracy has also been criticized because it is very expensive to run a democratic government. This is one of the reasons why most of the developing countries that claim to be practicing democracy are not getting it right.

First and foremost, it is pertinent to note that democracy as a system of government that involves a lot of people and structures, which are expensive to maintain. Take for instance, the cost of conducting an election in a democratic state is very expensive. Aside from that, the election must be conducted regularly; which means that the country will spend a lot of money anytime an election is conducted in the country.

If unwittingly the electoral process is monetized, politics then means money, more money and much more money. This creates a cache and carry politics, where only the rich can stand for the expensive elections, which turn out to be the, mere selection rather than election.

5. Strict Compliance with the Rule of Law:

Strict Compliance with the Rule of Law is one of the major criticisms of Democracy, this is because some sensitive matters can only be maximally addressed by following leadership instincts, but democracy does not condone such.

It is said that the law is made for man, not man for the law, but democracy does not recognize this, that is why people who understands the workings and weakness of the law can easily use it against the society, because they know that the hands of the law cannot catch up with them. Example is the executive immunity granted to the Presidents, Governors and House members.

Human Rights are the inalienable rights of humans enshrined in the Constitution. Because the elected representatives have no right whatsoever to derogate from these provisions, terrorist, bandits and hoodlums use it against the government.

Simply because it is provided that a terrorist have the right to be arrai Ed before a law court an obvious terrorist who is a threat to human existence cannot be silenced once and for all. In a military setting such heinous crime are met with immediate results like shooting or imprisonment, but that is not the case in democratic systems.

7. Decision making is very slow: In most cases under democratic systems, for a change to occurred, it takes a very long time. Process of making a structural change change captured in the Constitution itself is not feasible, the unending process of going from the lower House to the upper House, and to the Senate, and going through the rigorous process of first reading, second reading and presidential ansent is very slow and weak.

8. Democracy breeds enemity: In most cases, the system also breeds enemity because those that didn’t support the incumbent government authomatically becomes enemies, and even after the election, those who might not support their selfish policies might be tagged potential enemies.

Democratic systems of electing representative were the majourity determines the leader, one section with the majority of population could continue producing the representatives at the detriment of the minorities.

9. Inadequate political Education: During elections, people who are not well schooled politically may not understand the issue at stake there by using their political sovereignty power wrongly. For example buying of votes.

This is very common along African climes where majourity of the electorates are illiterate. Moreover, political demagogues use their hypnothising sugar coated tongue to deciev the ignorant voters since they are on the majority, and bad governance will continue to thrive.

Below is a video that further highlights the criticisms of a democratic government:

In more advanced country like US, Canada etc, some of these criticisms of democracy are also evident.

So you see, democracy is not without its own defects. Meanwhile, if you have any question or contribution to make to this topic, i would like to hear from you! Tell me what you really think about democracy.