Features of Macpherson Constitution of 1951

Also see: Factors that led to the breakdown of Macpherson Constitution of 1951

Establishment of Macpherson Constitution of 1951

Sir John macpherson was made the governor of Nigeria in 1948. The criticisms of Richards constitution sharpened his political mind and prepared him for a new political leadership in Nigeria. Following his initiative, a committee of the legislative council was set up in 1949 to examine the problems and prospects of introducing a new constitution for Nigeria.

The committee report was positive. It suggested a wide measure of consultation with the people, starting from the village, town, district, to provincial level before the new constitution was drafted. Regional conferences met at Enugu, Ibadan and Kaduna and made recommendations to the constitution drafting committee headed by the Chief secretary Sir Hugh foot. An all-Nigerian constitutional conference was held in Ibadan in 1950 under the chairmanship of Sir Gerald.

At the end, The conferences drew up series of recommendations among which were the setting up of a federal system comprising Eastern, Western and Northern Regions: the renaming of the federal legislature, House of Representatives and the central executive, council of Ministers.

They also recommended that the regional legislature should have legislative power instead of advisory power only, while the House of Representatives should have a power of review. It was also proposed at that each regions should have a measure of autonomy in specified subjects and that Lagos should have an independent municipality. 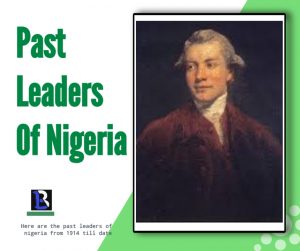 Establishment, criticisms and advantages of Macpherson Constitution of 1951

Features of Macpherson Constitution of 1951

Below are the features and characteristics of Macpherson Constitution:

1. The constitution provided for a central legislative and a central executive known as House of Representatives and council of Ministers respectively.

2. It also provided for a public Service Commission.

4. The House of Representatives legislated for the whole country but its powers were limited service.

5. The governor’s reserved power inherent in the 1992 and 1946 constitution persisted in the 1951 constitution.

6. The executive council named Council of Ministers at the centre was made up of governor as president, twelve ministers (four from each region) and six ex-offio members. The council was charged with responsibilities over external relations; defense; civil service; legal and financial matters. The twelve ministers had no portfolio i.e. they were not political executives of their ministries. They however worked in cooperation with the council to ensure that decisions were properly executed.

7. At the regional level the constitution provided for two houses of legislature viz; House of chiefs and House of assembly in the Northern and Western regions.

8. The constitution gave limited powers to the regions in the legislation of certain matters. Matters which the regions had powers to legislate on included social welfare, education, regional public works, native courts, health, regional finance, town and community planning.

9. The house of Representatives had over-riding power over regional legislature and could legislate on any matter.

10. Although the 1951 constitution gave each region power to make laws for the peace, order and good government of its area, the power of the House of Representatives remained superior to that of the regions. There was no clear definition of areas of influence.

11. The Northern and western regions had House of chiefs and House of assembly.

12. The Eastern region had only House of assembly.

13. The Northern House of chiefs was made up of lieutenant governor as president, three official members, all first class chiefs and thirty-seven other chiefs with an adviser on Muslim law.

14. The House of assembly consisted of the president, four official members, ninety elected members and not more than ten special members representing the interests of communities not adequately represented.

Kindly watch the YouTube video below for more explanation about the establishment and features of Macpherson Constitution of 1951:

1. Governor Macpherson did extensive consultation before drafting the constitution than his predecessor.

2. The constitution allowed for an increase in the elected majority in both the central and regional legislatures.

3. It granted more powers to the Regions more than power allowed them by the Richards constitution.

4. The constitution created bicameral legislature in both the northern and western regions and Unicameral at the center and Eastern Region.

5. The constitution played great role in realization of self-governance in Nigeria.

6. It initiated a system of revenue allocation in the country between the Central and Regional Governments.

7. The constitution encouraged true spirit of federalism by dividing powers between the central and the regions and granting considerable autonomy to the regions.

8. It granted the Centre greater authority than the regions.

Past leaders of nigeria from 1914 till date

Demerits (Disadvantages) of Macpherson Constitution of 1951

Even though the 1951 constitution was the result of series of consultations with the various levels of government and educated elites, it received some criticisms from the Nigerian nationalists who saw it as a constitution built on compromise.

The continued appointment of special members in the House of Representatives, House of assembly and the Electoral college system of election, were some of the serious criticisms.

There were also criticism, on the creation of unequal status and adoption of two houses of legislature (bicameral in the Northern and Western regions only).

In the executive council, The ministers were not given portfolios. They acted as mere officers of government. They had no power to issue orders to their directors. However, they were collectively responsible for all policy decisions.

Apart from these defects, The constitution recorded its own merits, which included the creation of a House of Representatives with elected majority and a council of Ministers, creation of a regional autonomy and public service Commission.

2 thoughts on “Merits, Demerits & Features of Macpherson Constitution of 1951”