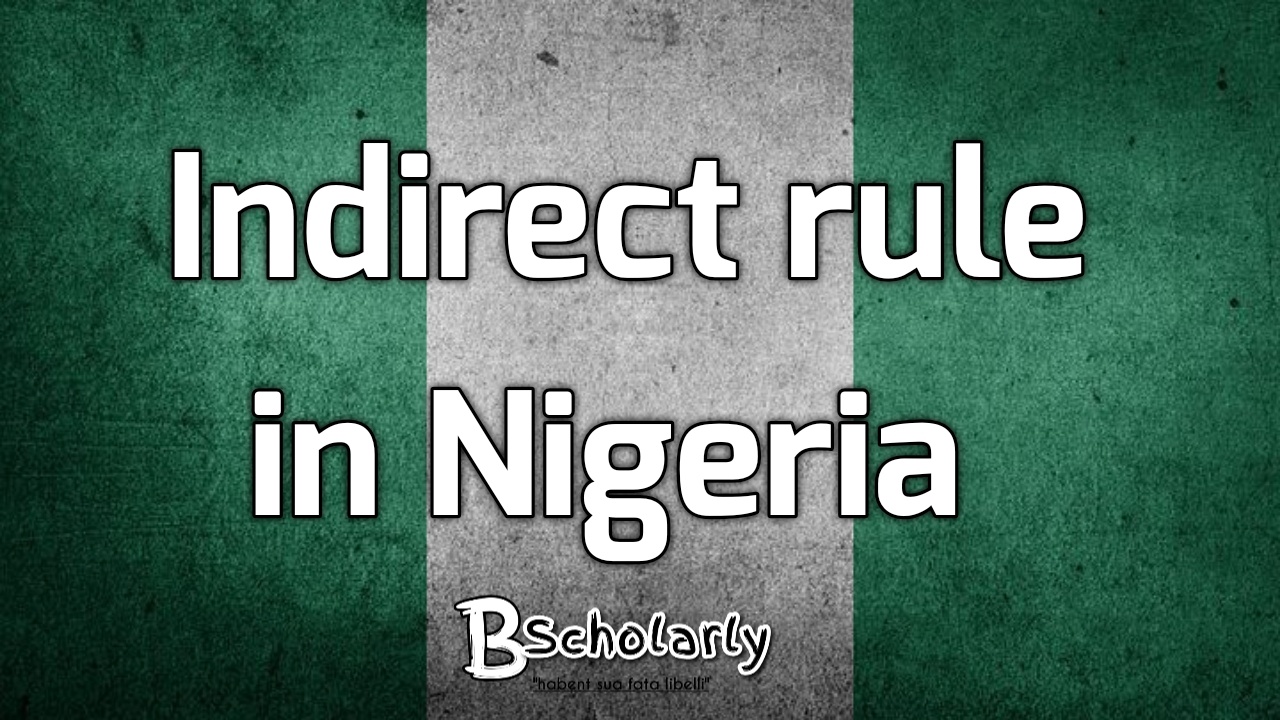 Indirect rule may be defined as a British system of ruling her colonies with the use of local chiefs or other appointed intermediaries and traditional laws and customs with British officials merely supervising the administration.

Indirect rule was introduced in Nigeria by Sir Lord Lugard who described the system of administration as a “child of necessity”. It was introduced in 1960 by Lord Lugard and that made him the “Father of Indirect rule“. The system totally succeeded in the Northern part of Nigeria but didn’t succeed in other parts of the country. This was due to some downsides which some Easterners and Westerners opposed to. In this article, we will be taking a critical look at the advantages and disadvantages of indirect rule in Nigeria. 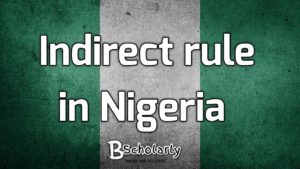 1. Its Cheapness: The system of indirect rule was adopted in Nigeria because, economically, it was not expensive. To employ and pay its personnal to run Nigeria as a whole could have been the highest stage of financial extravaganza on the part of Britain.

2. Favourable political Atmosphere :The political atmosphere in Northern Nigeria at that period was favourable for the introduction of the system. The method of traditional administration at that time was very difficult for Britain to displace the Emirs from their position so aburuptly.

The Emirs were respected by their people and the British did not want to attract the hatred of the people of Northern Nigeria by destroying the premier position occupied by the Emirs.

3. Its Beneficial Effects: Lugard introduced the system with the hope that it will be beneficial to both Europeans and Africans. For instance, by using traditional rulers, Lugard viewed it as a way of providing employment for them.

4. It reduced language difficulties: The system of indirect rule was adopted in Nigeria by Lord Lugard in order to reduce the problems posed by language. Lugard was aware that the people of Nigeria at that time did not speak nor understand English Language, and therefore going through traditional rulers to govern the people would reduce the language problems.

5. Vast Areas Involved: The large areas of Nigeria especially the Northern Nigeria where the system was first introduced contributed to the adoption of the system of indirect rule.

6. Lack Of Knowledge Of The Areas Involved: This and the fear of the introduction of the system of indirect rule.

1. The system of indirect rule alienated the educated elites in preference to the illiterate ones.

2. Traditional rulers were made to be autocratic as a result of power vested in them by the Indirect rule system.

3. The system brought about division between the traditional rulers who looked upon as British puppets and the alienated educated elites thereby, strengthening the policy of divide rule.

4. The system denied the people the power of appointment and deposition of cheifs which was given to the British governor.

5. The system contributed in the concentration of power in the hands of few traditional rulers thereby, marginalising majority of the people.

6. The system contributed in the delay constitutional development mainly because, the puppet cheifs did not want any change that may deny them of the enormous powers they were enjoying.

8. The concentration of too much powers in the traditional rulers led to serious abuse of power.

9. Traditional rulers under the system of indirect rule became corrupt and enriched themselves at the expense of their subjects as there cases of embezzlement and mis management of tax money.

10. The system denied the people the democratic system of checks and balance that were existing before the advent of the British.

11. Traditional rulers were deprived of their personal initiatives and the power to defend the interest of their people against British colonial rulers.

12. The system encouraged tribalism and sectionalism at the expense of national consciousness; no wonder one part of Nigeria did not want independence when other parts were clamouring for it.

13. The British indirect rule did not spell out how the system can metamorphose into a central government in Nigeria.

14. Another weakness of the system was its inability to state the limit of the functions of different local authorities which was one of the causes of many part of Nigeria, for example the Ana women riots of 1929.

15. Finally, the system had no universal application because it could not be applied to all environments, and that was why the system failed woefully in Eastern Nigeria.

So far, i have explained the advantages and disadvantages of indirect rule in Nigeria. It is worthwhile to note that some of the disadvantages here also contributed to the reasons why indirect rule failed in the east and west but succeeded in the North. I hope this article was insightful? Kindly drop a comment below if you enjoyed this work.