Home » Scholarly Articles » Anyway or Anyways, Which is Correct? (Answered)

Anyway or Anyways, Which is Correct? (Answered) 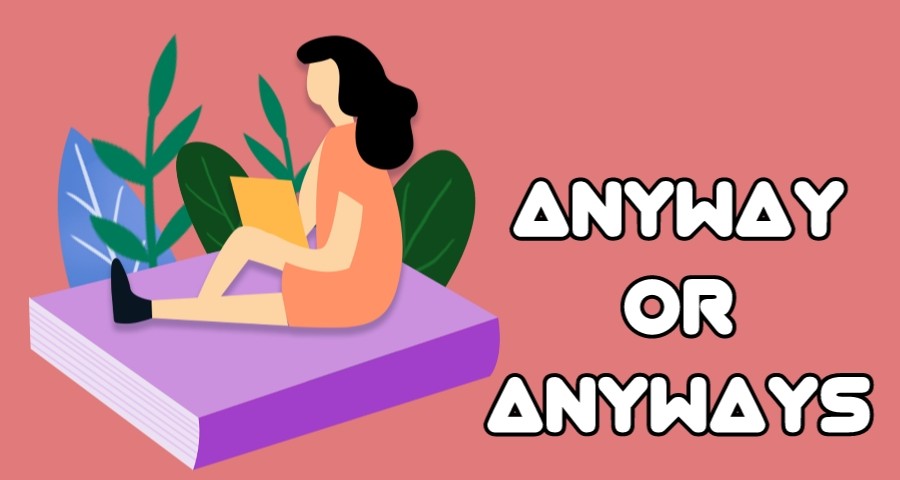 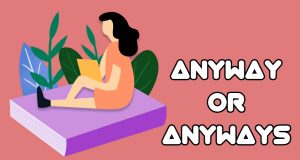 Anyway or Anyways Which is Correct?

Before we proceed further, It is imperative that we throw light on the meaning of these two words.

Recommended: How to prepare and pass any scholarship examination

Anyway is a Adverb (a word which modifies or qualifies an Adjective, Verbs, or other Adverbs), used when adding something to support an idea or argument. For example, Tochukwu this book is too big to finish reading, anyway it’s not even worth it.

Anyway may also be used when changing the subject of a Conversation. For example: When I am talking to a person, to revert the attention of such a person or bring up a new subject matter, I may say ‘Anyway, as I was saying’, ‘anyway, has the meeting been postponed?’

Anyway may also be used to illustrate that regardless of an Obstacle, you still proceeded with doing a thing. For example: Despite the Snow, I bathed with a Cold water anyway.

Finally, the Word Anyway may be used in a Situation where you want to change what you have said earlier. E.g. Frank is a smoker. He was when I last saw him anyway. 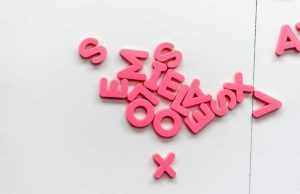 What Is The Difference Between “Anyway,” “Anyways,” And “Any Way”?

Anyways is an informal way of saying Anyway, or better put it is an informal substitute of Anyway. Hence, it has the same above considered meaning as Anyway. For example: The Situation is Complex, so you wouldn’t understand, anyways.

The fact that both words ‘anyway’ and ‘anyways’ have the same meaning and context begs the question which forms the subject matter of this Article.

Recommended: I am and Am, Which is Correct? Answered

Which is correct between anyway and anyways

Instances Where You May Make Use of Anyways

2. Informal Situation: The word Anyways may conveniently used in informal situations such as Informal speech, writing, or letter as the case maybe.

In these instances, it is correct for you to make use of Anyways.

Recommended: Most Spoken Languages in The World 2022

In conclusion, it is instructive to note that as established in this Article, Anyway is the grammatically correct word, this is due to the fact it’s universally recognized in English Language as correct, and it is also an adverb. One rule of an adverb is that an Adverb cannot be plural. Thus, it is wrong to add ‘s‘ to anyway, as it will make the adverb ‘anyway‘ plural. Hence, rendering it grammaticality incorrect.

Furthermore, as stated in this Article there are some instances ‘Anyways’ may be used. However, the fact Anyways may be used in those instances doesn’t make it grammatically correct in English Parlance, as those instances are informal. So therefore it is apposite you make use of ‘Anyway‘ whenever you are speaking or writing.