Home » Scholarly Articles » Application of Separation of Powers in Nigeria

Application of Separation of Powers in Nigeria

Simply put, separation of powers is the division of governmental powers into the three branches of Legislative, Executive and Judicial powers, each to be exercised by a separate and independent branch of government.

The theory was best expounded and popularized by the French political scientist, Baron de Montesquieu in his book “‘Espirit des Lois, Chapter XI” which means the “spirit of the law” .

It should be noted, however, that the theory of separation of powers has its root from the Greek political Ideas. Both Plato and Aristotle conceived the idea of a mixed state as a means of avoiding undue concentration of government powers in the hands of one class or group of people. Baron de Montesquieu is only noted because his work, gave a very detailed and eloquent treatment of the theory.

Complete separation of powers has never thrived in practice for various categories of governmental functions are so mixed that they usually run into one another in a manner that makes it impossible for any one to sort them out neatly into their appropriate groups.

Consequently, although we generally say that the legislature makes the law, the executive executives the law and the judiciary interprets the law and apply it in the adjudication of disputes, we are not unmindful of the fact that the functions of the three classes are not exclusively for one another.

It is correct to say that the classification of governmental functions is generally dictated by administrative convince and not by any natural or inherent quality distinguishing one function from another.

Since there is usually no clear difference between the functions of the branches of the government, it is also difficult to put the doctrine into practice. Nonetheless, some constitution has actually adopted it hook line and sinkers.

In Nigeria, the 1999 Constitution has provided for separation of powers in sections 4, 5 and 6. Sections 4 and 5 deals with the legislative and executive powers respectively, while section 6 is deals with the judicial powers.

“The legislative powers of the Federal Republic of Nigeria shall be vested in a National Assembly for the Federation which shall consist of a Senate and a House of Representatives.”

And Section 6 states as follows;

“The judicial powers of the Federation shall be vested in the courts to which this section relates, being courts established for the Federation.”

Application of Separation of powers in Nigeria under military rule 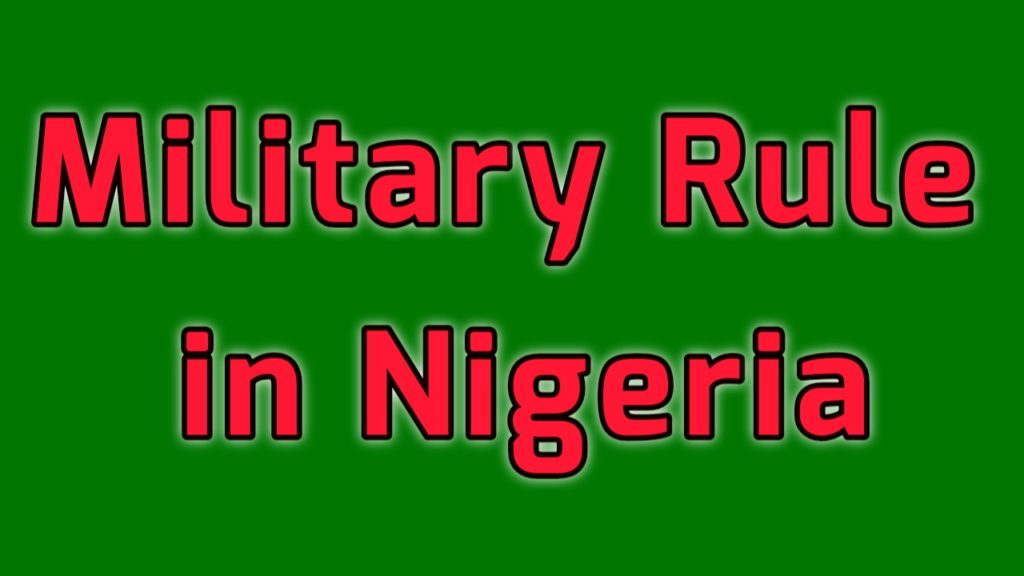 application of separation of powers in Nigeria

It also dissolved the parliament and fused Legislative and the Executive powers in the Supreme Military Council (SMC) which was the ruling military council. This fusion of both legislative and executive functions or powers is repeated in every military regime. The ruling military council has also been known as Armed Forces Ruling Council (AFRC) and Provisional Ruling Council (PRC), and so forth, in various military regimes.

In 1970, the military passed the Federal Military Government (Supreme and Enforcement of Powers) Decree No. 28 of 1970. In effect, this Decree jettisoned the constitution and made it impossible for any court to question the validity of any Decree or Edict.

Take for instance, whenever any Edict is clashing with the provision of a Decree, the jurisdiction of the court was ousted from looking into the matter. A popular case where this played out was the case of the Council of the University of Ibadan (UI) v Ademolekun (1967) All NL 225 SC.

Though the judiciary was never abolished nor its powers taken away by the military, it was usually not allowed to look into important matters in which the military government was interested in. Consequently, the theory of separation of powers was not practicable during military rule in Nigeria as the military wielded a lot of powers, especially leglislative and executive powers.

The reason why the Judiciary was left to still be in place was because, it is a very important branch of every government. That notwithstanding, the military still had judicial powers to themselves in most cases. An example is the case of Lakanmi v AG Western state (1971) 1 U.I.L.R. 201 and Governor of Lagos State and Ojukwu (1986) 1 NWLR (Pt. 18) 621.

It is essential to also note that while there was a total breakdown of the theory of separation of powers during the military rule in Nigeria, some smart judges were still able to circumvent the dictatorship of the military in some occasions.

The case of Tai Solarin & Ors v IGP Unrep. Suit No. M/55/84 Lagos High Court is one of the fortunate cases where the court was able to set the applicants free because their detention order were not made under the hand of the then Chief of Staff Supreme Military Headquarters as required by the statute.

Application of Separation of powers during civil regime in Nigeria

Nigeria has always entrenched the principles of separation of powers in her constitution, considering how important it is in a heterogeneous and democratic state. This is why Ogundare J.C.A in Ekpenkhio v Egbadon (1993) 7 NWLR pt. 308 p. 717 at 744 CA stated that;

“A Cardinal principle of our federal constitution in 1960, 1963 and even 1970 is the separation of powers of the Executive, Legislature and the Judiciary, but the judiciary has added the responsibility as a guardian and protector of the constitution.

Therefore, whenever the Executive or Legislative arm of government exceed their constitutional powers, the Judiciary on a proper application to it, will curb the exercise of such excessive powers and declare it a nullity”.

The current 1999 constitution of the federal republic of Nigeria has shared the government powers of the branches of government in section 4, 5 and 6. Section 4 provides for legislative powers, Section 5 provides for executive powers and section 6 provides for judicial powers.

Though, the constitution actually allows for checks and balances amongst the branches of the government, whenever any branch acts outside its powers, it will not be tolerated. This has also corroborated by the court of appeal in Orhiomwon Local Government Council v Ogeiva (1993) 4 NWLR Pt. 288 p. 468. In this case, the court held that;

Hope this article was helpful? Well, if you have any question or contribution concerning the principle of separation of powers during military and civil rule in Nigeria, kindly send your questions using the comment section below.

1 thought on “Application of Separation of Powers in Nigeria”