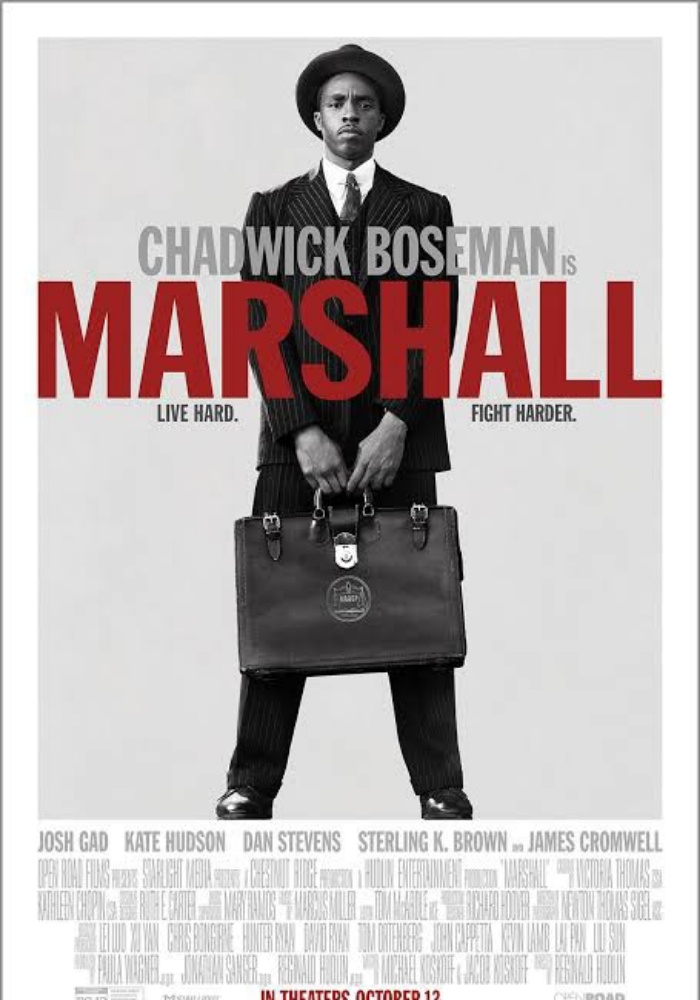 Best movie for law students: Movies are usually for pleasure, but at the same time it’s  an avenue to learn especially for Law students because it will help them understand the practical aspect of the legal profession. Thus for this purpose, I have compiled a list of 15 movies which will be a joy to watch and learn for every Law Student. 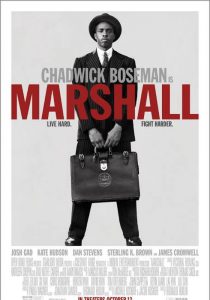 Though I’m not a movie freak, but this is one of the movies I have watched and really enjoyed. The movie tells the story of Thurgood Marshall who was the first African American Judge of the US Supreme Court.

In this movie, Chadwick Boseman acts the character of Thurgood Marshall who in his early days as a Lawyer was crisscrossing the whole of  U. S defending innocent African Americans from unjust indictment in Court and also defending people who have been wrongly accused of crimes because of racial prejudice (an occurrence which was prevalent at that time). 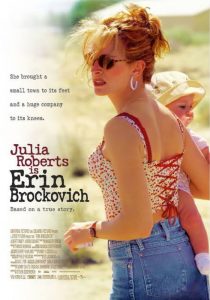 In this Movie, Julia Roberts acts as the Legal assistant who helps win one of the largest settlement ever against a California power company of polluting the City water supply.

This movie will teach every Law student the essence of Legal research and the importance of having a good Legal Assistant when you eventually become a Lawyer. 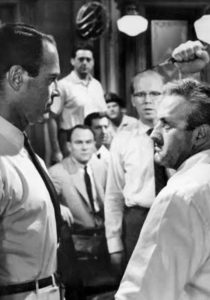 It’s a Classical Legal drama which tells the story of a 12 man jury as they deliberate the conviction or acquittal of an 18 year old Defendant on the basis of reasonable doubt. This case forced the jurors to question their morals, values and reconsider the evidence.

The movie is a good reminder that Jurors (who act like Judges) are humans who come into the Court room with their own experiences that will impact the way they view the case. Thus, watching this Movie will particularly help Law students when preparing for a Competition to understand that the Judge who will sit for that competition is a human being too, therefore you should apply techniques for your arguments and story facts to appeal to the conscience of the judge in order for the Judge to rule in your favour. 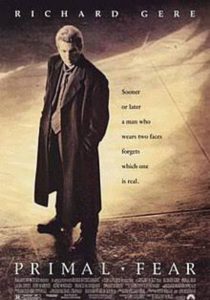 It’s a Legal thriller based on William Diehl’s 1993 Novel. This Movie tells the story of a Chicago defense attorney who volunteered his services when he heard that a 19 year old was accused of murdering an influential Catholic archbishop.

This movie is really interesting and as a law student it will teach you that the Legal profession is a game where you have to play your cards well for your client.

It’s an outstanding 126 minute movie, where every minute spent watching worth it. The movie is about a corporate defence lawyer who decides to take up an environmental Lawsuit against a powerful chemical company that exposes a long history of environmental pollution which has resulted in numerous deaths.

6. To kill a Mockingbird 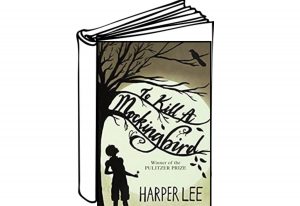 It centers on Attich Finch’s attempts to prove the innocence of Tom Robinson, a black man who has been wrongly accused of raping a white woman in 1930’s Alabama.

In the contemporary 21st century where Rape and False Rape accusation is still the order of the day, this movie is worth watching. 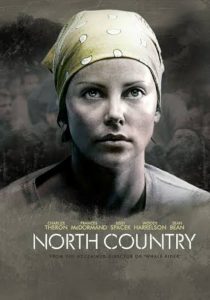 It’s a  fictitious telling of the first successful sexual harassment case in US- Jenson v Eveleton Mines, where a woman who underwent abuse while working as a Miner filed and won the important 1984 Law suit. 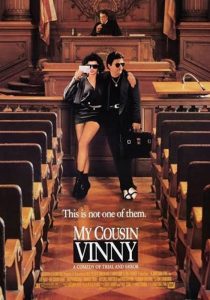 It’s a Comic movie with the storyline of two young New Yorkers who were accused of murdering a convenience store owner in rural Alabama while on their way back to college. These boys eventually hired Vinny a personal injury Lawyer who was newly admitted to the bar, loudmouthed and inexperienced in trial to come and defend them in the Criminal trial.

As a Law Student, this movie will help you understand the concept of Contempt, Criminal proceedings and the worth of cross examination. 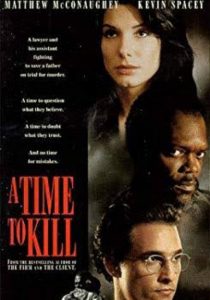 It is a 1996 American Court room Crime drama film based on John Grisham’s 1989 Novel of the same title. Carl Lee a heart broken black father avenged the brutal rape of his daughter by shooting the culprit. As they were now on their way to trial, Carl hires Jake Brigance an untested lawyer to defend him in Court and help him win the case. 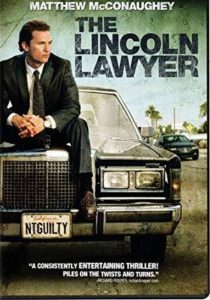 It’s a classic and entertaining Legal thriller that revolves around a low rent attorney who operates at the back of his Lincoln Continental sedan, and has spent most of his career defending Petty, lowly and gutter variety criminals. He eventually lands a case of a lifetime defending a rich Beverly hills Playboy who was accused of murder and you will love to watch the movie to see how this went.

This is another Courtroom drama crime film. As the name implies, it revolves around the crime scene of murder.

Paul Biegler a semi retired Lawyer takes the case of Army Lt who murdered a local innkeeper after his wife claimed that he Raped her.  The defendant claimed that he suffered temporary insanity after the victims Rape report.

On the course of an extensive trial, Biegler parries with the district attorney and out of town prosecutor to set his client free, but his case rests on the victims mysterious business partner (Grant) who is hiding a dark secret. 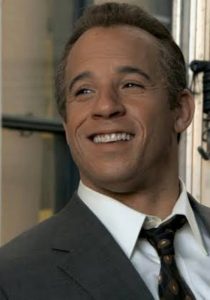 It is a classic movie were a gangster named Jackie defends himself in Court in what was known as the Longest Criminal trial in the United States of America Judicial history. 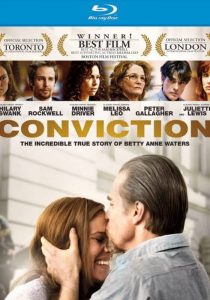 Betty Anne a hard-working mother had her older brother Kenny convicted of murder and sentenced to life imprisonment.

She therefore vows to get the conviction overturned and began an 18 year quest to exonerate Kenny wherein she was forced to attend College, complete Law school and with the help of her best friend she pores over piles of suspicious evidence and retrace the steps that led to Kenny’s arrest in the hope of  finally winning her brother’s freedom. 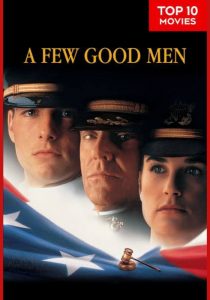 This is a Legal and trial drama with great performance from the wonderful array of actors.

The film revolves around the Court Martial of two US Marines charged with the murder of a Fellow Marine and the tribulations of their Lawyers as they prepare a case to defend their clients.

Also see: Are lawyers liars? Here is the truth 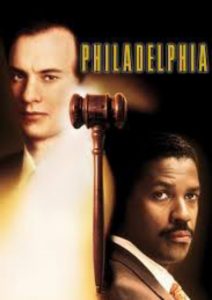 It is a thought provoking movie and the first Hollywood movie on Aids. The story line of the movie involves Beckett a skillful lawyer working in a big and old Philadelphia Law firm which didn’t know that Beckett had Aids until the senior partner of the head assigned to him the case the firms most important client and the truth was spilled four days later.

If you have watched any of these movie, kindly hit the comment section below and share your experience and if you are yet to watch any of them  kindly do so for your own good.