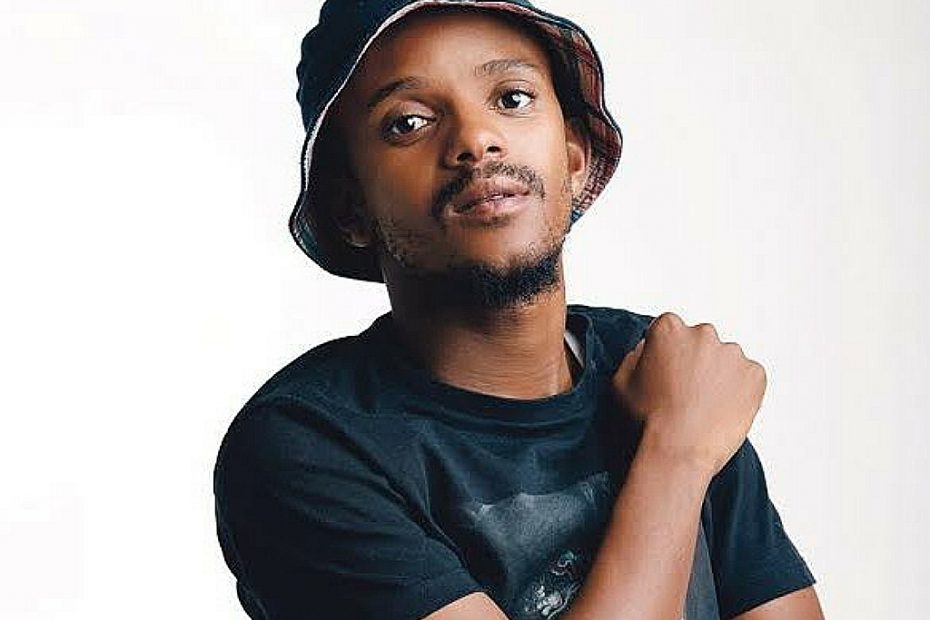 Best South African Musicians:Underneath the political squabbles and natural beauty, South Africa has a thriving music industry with a diverse range of indigenous talent. South African musicians have a lot to offer music lovers all around the world, from jazz to pop and everything in between. These musicians have wowed audiences all across the world and have made an unforgettable influence on music’s history.

A country having 11 official languages and musical subgenres like kwaito, gqom, kwela, and bubblegum. New artists are referencing these musical blueprints while tweaking them slightly: kwaito’s wavy, glitchy synths may be accompanied by menacing trap drums, while DJs are digging deep into record player archives to resurrect South African bubblegum pop samples and splicing them into new, more modern production. Rules are being broken, and the ramifications are gaining international attention.

Artists like Black Coffee, Nasty C, and Die Antwoord have gained global fanbases for a variety of reasons, but the focus is now being shined on newer artists or musicians whose works have been generally underappreciated by audiences globally throughout their careers. This list of the finest and most well-known artists in South Africa highlights those who are making waves in the industry. These musicians are making music that is just fantastic and worth hearing.

1. Nasty C: In South Africa’s rap music scene, Nasty C is a well-known name. He is a songwriter and record producer in addition to being a rapper. This South African music sensation, who was born in 1997, goes by the name Nsikayesizwe David Junior Ngcobo. His debut mixtape, “One Kid a Thousand Coffins”, was released fifteen years later, in 2013.
Following that, he worked tirelessly to establish himself as one of South Africa’s most well-known artists. In 2015, he was named Best Freshman at the South African Hip Hop Awards. At the time, he was the youngest artist to earn an award. 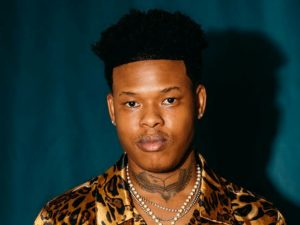 Nasty C inked a deal with Def Jam Records and released “There They Go”, his first official song in the United States. He has gained international prominence as a result of the single. Nasty C released a song, “They Don’t”, in June. It’s a social justice song starring T.I., the famed Atlanta rapper who was his boyhood hero.

2. AKA: AKA has been a favorite of the music and fashion worlds for almost a decade. Kiernan Jarryd Forbes is the true name of this South African rapper. AKA is a musician that performs as a singer, songwriter, and producer. He is also a business owner. The Cape Town-based musician, who was born in 1988, has been in the music industry for over two decades. 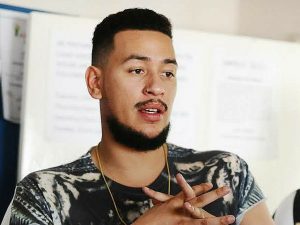 After releasing the track Victory Lap” in 2011, AKA became well-known. Alter Ego is his debut album, and this song is off it. Levels, “Touch My Blood”, “Be Careful What You Wish For”, and “Anatii” are some of the other albums that have contributed to his fame. Between 2014 and 2018, he created these albums.

“Finessin”, one of his most recent singles, has gotten a lot of attention around the country. AKA has also had the opportunity to collaborate with Burna Boy and other well-known African musicians. He appeared as a special guest at WWE live events in Johannesburg and Cape Town.

Recommended: Highest Currencies in The World 2022

3. Master KG: In many places, Master KG is well-known. This DJ and record producer from South Africa is also a musician. He was born in 1996, and his true name is Kgaogelo Moagi. One of his singles, “Jerusalema”, is well-known and well-liked across the world. 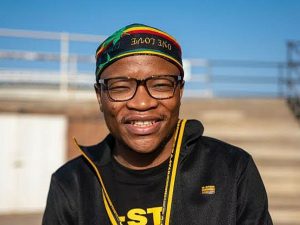 This track is from his second studio album, Jerusalem, which was released in December of this year. Burna Boy and Nomcebo Zikode are featured on the track. In mid-2020, it got viral. He won the MTV Europe Awards, the Feather Awards, the NJR Music Awards, and the Afrikan Muzic Magazine Awards with it.

At the age of thirteen, this South African music sensation began experimenting with beats on a computer. In 2016, his debut song, Situation, was released. Then he was signed to Open Mic Productions, his current record company. Skeleton Move, a chart-topping single featuring Zanda Zakuza, was also released by him.

4. DJ Maphorisa: In addition to being a DJ, DJ Maphorisa is a vocalist and a record producer. Themba Sekowe is his real name. He was born in the year 1987. Lawd Phori is another name for Themba. After composing hit tracks for musicians from many musical genres, this South African musician rose to fame. 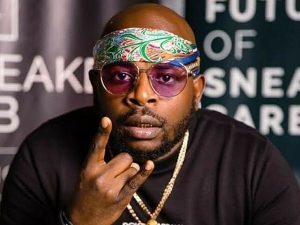 In 2018, he released a track called Midnight Starring and was nominated for two DStv Mzansi Viewers Choice Awards. He also received an award for Song with the Most Votes (Midnight Starring)
In the following years, it is expected that he would continue to win additional honors. He just produced Makosa and Nyota from the album Motion, which was released in October.

On Drake’s irresistible dancehall-tinged song “One Dance,” he receives a producing credit. The hit, which featured a guest verse from famed Nigerian rapper Wizkid at the time, quickly raised Maphorisa’s popularity, but in the years following, he’s continued to collaborate closely with fellow South African musicians, resulting in a back catalog of certified bangers. His latest solo work is characterized by the dark, pounding house sounds of gqom, but the afrobeats tint of “One Dance” is scrawled throughout his 2017 duet with Major Lazer, “Particula.”

5. Kabza De Small: Kabza De Small is unquestionably an example of someone who is fulfilling their aspirations. Music has helped him become the well-known South African artist that he is today. Kabza De Small, whose true name is Kabelo Motha, claims that music was his first passion. 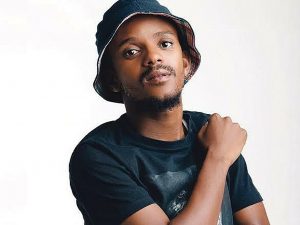 He also works as a DJ, which he began in 2009. He understood where he wanted to go and what he desired in his work, despite having minimal resources when he started. So, he used what he had to hone his abilities, and over time, he grew into a well-known brand. Kabza De Small has collaborated with Afrosoul Sax Tribe, Franko, and MRF Souls, among others.

In 2016, House Afrika Records released his debut album, Avenue Sound. He is a well-known musician from South Africa. Many people refer to him as the “King of Amapiano,” as he is credited with inventing the South African music genre. His songs have been well-received not just in South Africa, but also across Africa and beyond. Many times, the musician from Southern Africa has been nominated. He has been recognized for his contributions to the music industry and has received several honors.

6. Black Coffee: He hails from South Africa, where he works as a DJ, producer, and composer. Black Coffee was born in 1976 as Nkosinathi Innocent Sizwe Maphumulo. In 1994, Black Coffee debuted as a musician. In 2004, he won the Red Bull Music Academy, which catapulted him to stardom.

When his song Happiness was featured on the DJ’s at Work CD, he got his first big break. Nine studio albums and a live DVD have been released by him. Black Coffee’s left arm was crippled following a vehicle accident in 1990. 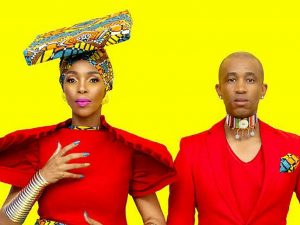 Mafikizolo has received a number of honors over the years, including Best Ring Back Tone, Best Group, and Duo of the Year. During the 24th South African Music Awards in 2018, they took home awards for Duo or Group of the Year, Best Afro-pop Album, and Best Engineered Album. Thandolwethu and Ngeke Balunge were released in 2020 and quickly became huge successes. 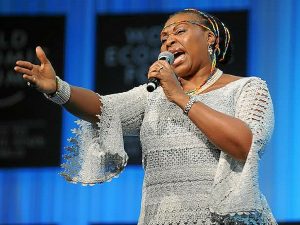 Yvonne Machaka is the true name of this South African musician. She is an expert in the pop genre. At the age of 19, Yvonne was found by Phil Hollis of Dephon Records in Johannesburg. Despite her difficult upbringing, which included her father dying when she was just 11 years old, she was nicknamed “The Princess of Africa.”

Yvonne rose to fame in South Africa during the apartheid era. Her debut record, I’m in Love with a DJ, was vital in her meteoric rise. Her worldwide music fame was boosted by her popular songs I’m Burning Up, I Cry for Freedom, Sangoma, Motherland, and Umqombothi. They, along with practically all of her previous hits, have become household names.

Also see: Advantages and Disadvantages of Being an Introvert

9. Shekhinah: South African artist Shekhinah Tandi Donnell is well-known. She started her singing career by participating in South African Idols Seasons 7 and 8. Despite never making it past the semi-finals, the Durban-born singer went on to have a successful career. 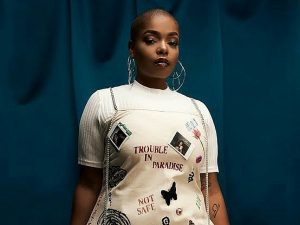 Her debut album, Rose Gold, was released in 2017. After a year, RISA awarded this album certification. She won the title for Best Female Artist of the Year later on. “Suited,” one of her biggest singles, with over 12 million views on YouTube.
Shekhinah has earned a slew of additional accolades, including the title of Best Female Artist in Southern Africa. Her musical diversity has helped her earn recognition throughout the years.

10. Die Antwoord: Die Antwoord, despite their contentious behaviors and punk manner, would be negligent if they were not included on this list; their contribution is undeniably valuable. Die Antwoord means ‘The Solution”. Ninja, Yolandi Visser (usually stylized as o-landi Vi$$er to represent their Zef image), and DJ Hi-Tek, who is responsible for the next-level tracks, make up Die Antwoord, a rap-rave group. 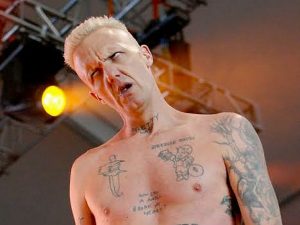 Die Antwoord is one of South Africa’s most successful musical exports, having performed with celebrities such as Johnny Depp and Marilyn Manson.