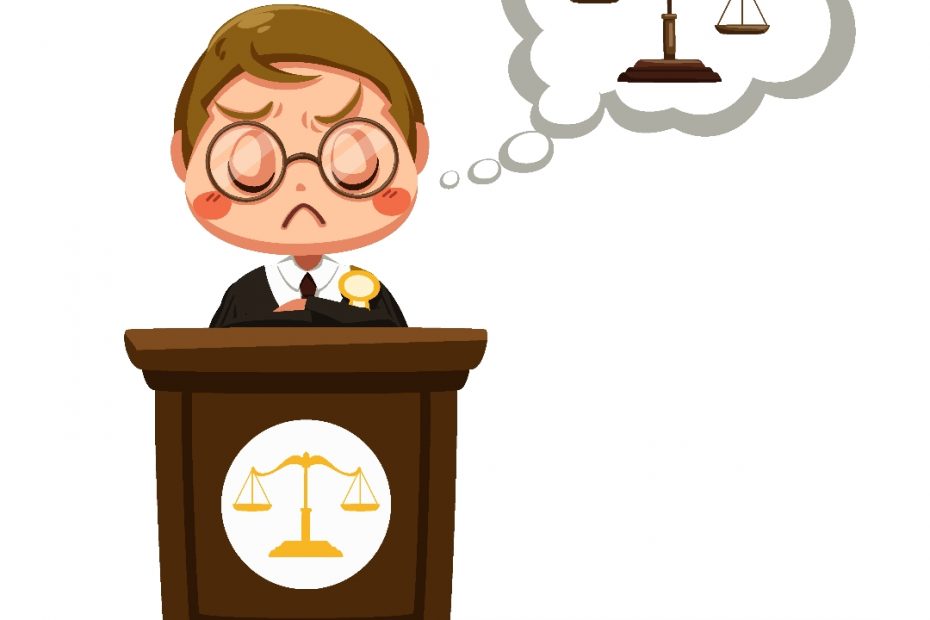 Edet v Essen (1932) 11 NLR 47 – 48: One of the cardinal principles of law is availing the parties to a suit the opportunity to access justice. Justice as popularly known in a civil suit is two-way traffic – justice to the Plaintiff/Claimant as the case may be and justice to the Defendant.

In whatever way justice is served, it is important to note that all the parties to the lawsuit must be heard or allowed to be heard. If this element is lacking in any proceedings, then, it will be reasonable to conclude that justice was not done in the case. This raises the issue of bias, preferential treatment, and favoritism which ought not to be seen or perceived anywhere around the temple of justice.

The right to a fair hearing is both constitutional and statutory. Section 36 of the Constitution of the Federal Republic of Nigeria 1999 (as amended) is instructive in this regard. The section provides for the right of any person to be heard in a matter involving him. The right to a fair hearing is so crucial that if lacking in any proceedings or adjudication, whatever decision reached becomes a nullity. Judgment delivered without the parties being heard or allowed to be heard lacks credibility and affects the jurisdiction of the court. It is subject to challenge.

It has been held in a plethora of cases including the case of Edet v Essien reported as Essien & Ors Vs. Edet & Ors to the effect that, fair hearing being one of the major critical components of justice is so fundamental that if denied any party or person, it can render useless the proceedings no matter how beautifully conducted. For justice is not only to be done but must have seen to be done.

The standard of measurement has always been what a reasonable man who was present in the adjudication of the matter would say or have done. Justice is not like dice throwing that is won based on probability or luck. In adjudication, nothing should be in doubt. All doubts must be displaced by the presiding umpire of the court or tribunal by allowing parties to a case to be heard or allowed to be heard.

This was the crux of the matter in the case of Edet v Essien wherein the Appellants who were the Plaintiffs at the trial court were shut out of hearing on their motion seeking to amend their statement of defense.

Recommended: Facts, Issues and decision of the court in Donoghue v Stevenson

At the trial court, the plaintiffs claimed against the defendants as follows:

a. A declaration that the Plaintiff is entitled to the customary or statutory certificate of occupancy over the land in dispute.

b. General damages for trespass and

c. Perpetual Injunction restraining the defendants from the further act of trespass.

Also see: Countries with the Best Education System in the World

On the application by the presiding Honourable justice Umoren J to the Chief Judge of Akwa Ibom State, an extended jurisdiction was granted to enable him to continue the case at the Ikot Ekpene Division. On the day fixed for the case at the Ikot Ekpene division, the plaintiffs and their counsel were present while the defendants and their counsel were absent although, the Defendants’ counsel had written for an adjournment to enable them to appear on a later date. This application for adjournment was vehemently opposed by the learned counsel for the plaintiffs.

The court found in favor of the plaintiffs and consequently refused the application for adjournment and ordered the plaintiffs to proceed with their case. The defendants were practically shut out of hearing their motion for amendment of their statement of defense. The situation resulted in the judgment being entered against the defendants. The defendants were dissatisfied with the judgment of the trial court, hence they filed an appeal on the grounds, inter alia denial of fair hearing.

The issue for determination in this suit is whether the defendants/Appellants were accorded fair hearing or allowed to be heard because there were not served with hearing notice and their application for adjournment was not considered.

Also see: How to become a successful Nigerian Lawyer

Decision of the court in Edet v Essen

The Court of Appeal found the appeal as being meritorious and allowed the same.
In delivering the leading judgment, Simeon Osuji Ekpe J.C.A offered striking and brilliant opinions when he stated thus: “In my view, in the absence of proof of service of the hearing notice as ordered by the learned trial judge, it is difficult for me to conclude that the appellants or their counsel knew of the proceedings of 9/7/96. The inference I therefore draw is that there was no service of hearing notice of the proceedings of 9/7/96. It is the law that an affidavit of service is a prima facie proof of service about how and where service was effected”.

In other words, where proceedings (except exparte proceedings) are conducted when no hearing notice has been served on a party who should have been necessarily served, the whole proceedings are rendered null and void, no matter how well conducted they were because the court lacks jurisdiction to entertain the matter”. It was based on the above reasons that the learned JCA of the court of appeal allowed the appeal, set aside the judgment of the trial court, and accordingly ordered for the case to be remitted to the Chief Judge of Akwa Ibom State for reassignment to another high court judge for hearing de novo.

Recommended: Top 10 Best Lawyers in Nigeria and Why

It is the trite position of the law that where the issue arises on the ground of non-service of court processes (hearing notice inclusive) it goes to the root of the case. It is a fundamental flaw that cannot be swept under the carpet. And once it is established to the satisfaction of the court, the court must reject any decision arising from the proceedings. Such a non-service of court process where it is necessary to do so raises the issue of fair hearing. And this was the bone of contention in the instant case.