Impact of Technology on Culture, Tradition and Social Values 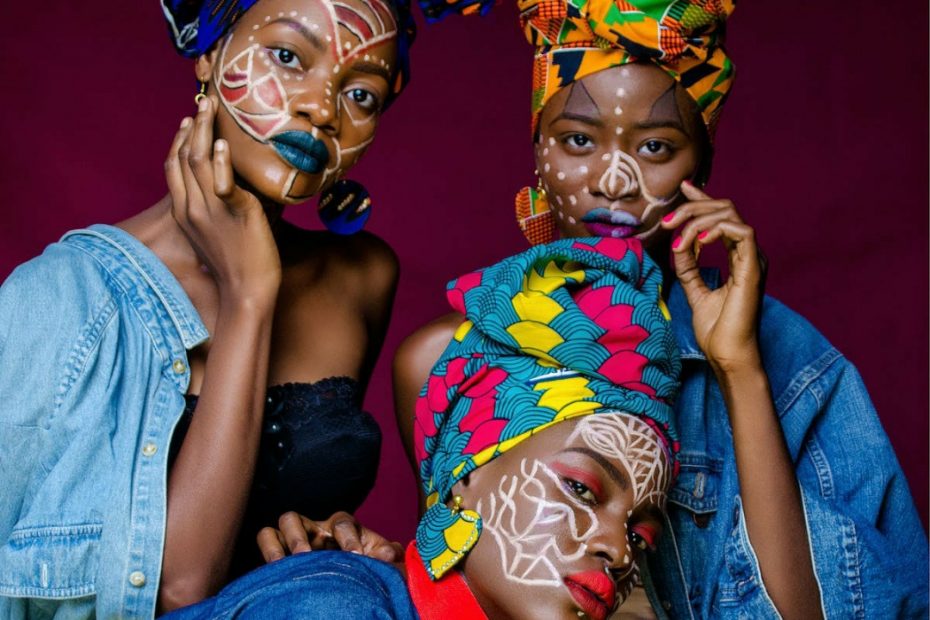 This symbiotic relationship began with the introduction of rudimentary tools and has continued through current technologies such as the printing press and computers. Whether technology is a blessing or a scourge for society has long been a hot topic.

The impact of technology on our culture, tradition, and social values is undeniably significant, and it may be classified according to how it affects our society now and how it influences human activities.

People created the language so that they could speak with elders and learn from their stories. They devised agricultural implements, built dwellings, and developed hunting and defense weaponry.
As the world’s population grows, more technology is developed. Human life expectancy has increased due to technological advancements, as has our manner of life. With the invention of the printing press, the masses could get news, read books, and attend school. 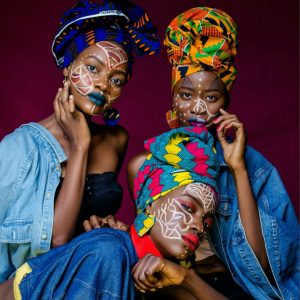 Discuss The Impact Of Technology On Culture And Culture

Within major cities, communities grew up to defend and preserve various cultures. Every nation and community have the same coherence, culture, tradition, and social norms and values. People’s living standards have grown dramatically as a result of technological advancements.

The beliefs, traditions, and practices of a society reflect its culture. Individuals observe culture to reflect their perceptions, habits, values, and technology transfer. Language, education, mobility, art, and religion are vital parts of our civilizations impacted by technology.

A community’s culture serves as a benchmark for perceiving, judging, and evaluating technology. Technology determines the path of cultural evolution since it affects all aspects of culture.
Technology must be in harmony with the social and cultural conditions of the community to occupy the greater cultural dimension; otherwise, there will be a conflict between technical advancement and the preservation of cultural values. 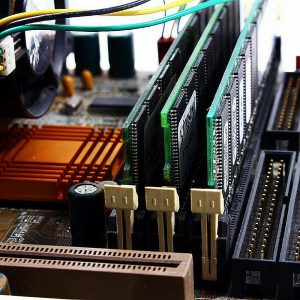 The Effect of Culture on Technological Change

A sensible equilibrium allows people to express themselves freely in the technological world, regardless of nationality, age, or degree of knowledge. People utilize it to fulfill their dreams, but a societal decline may arise due to lack of constraints, regulation, and repercussions.
Technological advancements are altering every area of our existence. The advantages that new digital approaches give are having a significant impact on our societies. However, one of the most significant business concerns is how we manage the process of cultural change, not the gadgets, software, or solutions.

Cultural differences influence many aspects of global communications today, including email, Skype, social media, and the telephone. Regardless of your preferences, I’ve found that the key to effective communication is recognizing and appreciating all of our differences to make a positive influence.

Humans are social creatures. Human interaction cannot be replaced by technology. To communicate across boundaries, we must integrate human and digital factors. Tacit communication accounts for 70 to 80 percent of our conversation, so human contact is important. Incorporating communications and body language can be a useful tool. 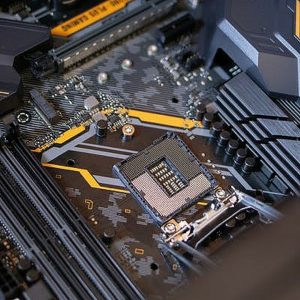 Communication is the key to creating magic. I’m referring to face-to-face conversation. Despite all of today’s technological marvels, you can still accomplish a lot by chatting to each other in person. This, in my opinion, exemplifies how digital change and personal connection can be combined to bring the “human” back into technology.

Also see: How to make learning fun and engaging

The diverse technical capabilities accessible and what users are permitted to utilize also contribute to the cultural gap. For example, the Internet of Things (IoT) has made quick inroads into various industries in Europe, just not enough communication speeds, or in some cases, connectivity potential, in both Africa and Russia to make this possible. As a result, we must be more creative while still satisfying user needs. 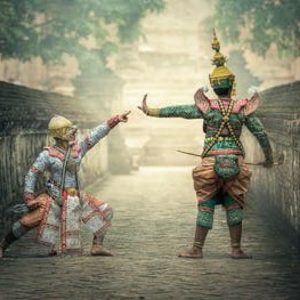 How does technology and culture influence each other

Of course, there is the global leapfrogging phenomenon, in which technologically less advanced countries acquire more advanced solutions by leapfrogging generations of legacy technologies. Because it was often impossible to create high-quality fixed networks, regions had to rely on mobile. Moscow is far ahead of the curve in terms of 4G, and its users pay less compared to many European countries. For unlimited 4G, Muscovites pay less than ten Euros.

This leapfrogging alters cultural legacy, employing cutting-edge technology that previous generations lacked alters mindsets. There are remarkable discrepancies between developed and developing sections of countries to consider when looking at statistics. I read in an article that 52% of Russians claimed the Internet would not impact their lives if it were not available tomorrow. Nonetheless, Russia has 900,000 software developers. This is a huge problem.

Recommended: Most Profitable Skills in the world 2022

In every community, there is always a battle between technology and tradition. Globalization has constrained the world into a global village due to technology. Consider how life would be now if there were no energy, transportation, or communication. It’s a journey across time. Technology is responsible for advancements in medical science, engineering, economics, and other fields. 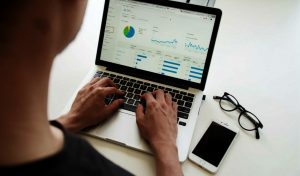 Impacts of Technology on Culture, Tradition and Social Values

As a result of the good impact of technology, industrialization, urbanization, modernization, and the development of transportation and communication systems are all conceivable. It also aids in the networking of society’s culture, tradition, and cohesion. Due to technological advancements, the twenty-first century has been a huge step forward.

We’re not forming relationships with one another but rather with technology as if it were a genuine thing. Connecting electronically can also lead to isolation due to the continual sensory stimulation of texts, tweets, emails, and other forms of electronic communication, rather than thinking and listening to one another. The dominance of western culture over recessive culture is a prime example of technology’s harmful impact. Technology causes societal ideals to be violated and traditional coherence to be lost.

Tradition style flourishes when its worth is recognized. Rather than destroying tradition, technology aids in modifying production methods or industrialization. As a result, if the beneficiary part is considered, technology provides for preserving tradition. Technology has several negative consequences in other areas of life as well. The overuse of chemicals in agriculture, combined with the use of equipment, lowers the land’s fertility.

In addition to the invention of machinery that could till, thresh, plant, and harvest, the demand for physical labor decreased. As a result, less rural employment resulted in society’s urbanization. The Internet and gadgets such as e-readers, e-books, and smartphones have had a significant impact on the reading of printed books in education. It is remarkable that the rise of digital technologies has had a significant impact on printed book sales.

Our lives are influenced by technology in both positive and harmful ways. However, how we use technology is entirely up to us. It isn’t easy to picture our lives without technology. Thus, separating technology from human life is unthinkable. Although technology has aided in the huge expansion of our civilization, we must be wary of its overuse and reliance.

Also see: Advantages and Disadvantages of a Limited Liability Company

Technology has paved the way for a wide range of themes for debate. People gain a vast understanding of any subject, and more information is efficiently disseminated. Technology aids in the development of the economy and the emergence of new social classes.

Technology has a critical role in enhancing human relationships. It has influenced all demographic factors, such as health, transportation, and electricity. For example, modern farming has replaced primitive farming, allowing for increased crops and less time investment. People spend more time with their technological gadgets and less time with their social environment. The decline of conventional media such as television and newspapers has been blamed on technology. The total use of technology has been restricted to the educated periphery. 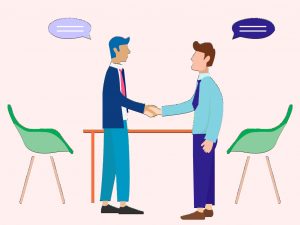 Impact of Technology on Culture, Tradition and Social Values

The more advanced technology becomes, the lower the human value becomes. Humans have become lazy and reliant due to the invention of robots and technology. Technology is responsible for the existence of bombs, nuclear weapons, and missiles.

Technology’s implementation impacts societal values by altering expectations and realities. People have lost faith as a result of the overemphasis on technology. Unemployment, cultural gap, and changes in social institutions can all be blamed on technology.

Despite the advantages and disadvantages of technology, for the most part, it has considerably aided in making our lives better. It has successfully saved valuable resources such as time and money, but it has also successfully united the world by transforming into a global village that has enabled individuals to easily cross cultural, racial, and geographical barriers.

As more individuals opt to contact online rather than in person, the ease of connecting through technology and conversing online impacts culture both locally and globally. Positive social change should be the goal of technology.

As a result, technology should be developed to design digital means to connect us not only to one another but also to promote our values, respect one another, and inspire innovation as we carve out a space for ourselves in the twenty-first century and beyond.