Oldest Museums In The World (With Pictures): Top 12 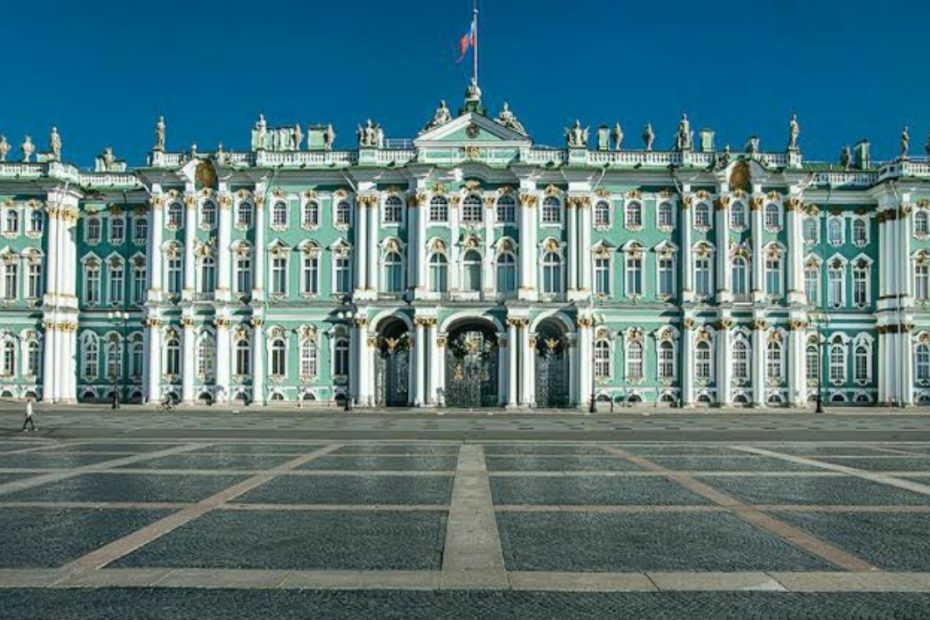 Oldest Museums in the World: Artifacts and sculptures from earlier eras can be found in museums. Ancient history is better stored and preserved this way so that it can be taught to future generations. We will discover some of the world’s oldest museums right here. The Louvre Museum in France, the most well-known museum in the world and the subject of films like The Da Vinci Code, Wonder Woman, and Red Notice, to name a few, is the first one that comes to mind when we talk about museums.

Museums serve as important sites in addition to being places for storing historical items and sculptures. A prince from Babylonia more than 2500 years ago was the first to suggest the notion of museums after seeing the necessity to conserve relics for future generations while also presenting artwork to the general public.

Let’s look at some of the oldest museums that are still operating today, which have done a fantastic job of conserving the works of fabled artists and historic cultures.

Recommended: Oldest religions in the world

Top 12 Oldest Museums in the World

Here is a list of the oldest museums in the world:

1. Capitoline Museum, Rome, Italy: The Capitoline Museum is the world’s oldest museum. Pope Sixtus IV oversaw the construction of this museum in 1471. Rome is where it is situated, close to the Colosseum. 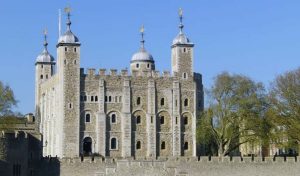 Where are the first establish museums in the world?

In 1734, the Capitoline Museum was made accessible to the entire public. When Pope Sixtus IV gave the museum a sizable quantity of paintings and sculptures, the museum received its first artifacts.

2. The Vatican Museum, Vatican City: The Vatican Museum is the world’s second-oldest museum. Pope Julius II established it in 1506. The Last Judgement by Michelangelo, School of Athens by Raphael, and Laocoön and His Sons, the museum’s first piece of art, are among the well-known pieces it also displays. 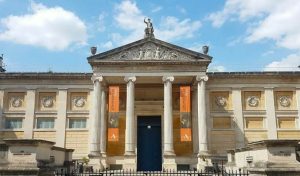 3. The Royal Armouries, London: After the Capitoline and Vatican museums, the Royal Armouries in London is one of the world’s oldest museums. The crown jewels were on display when it was made accessible to the public in 1660. The oldest and biggest collection of armies in the world are found there as well. 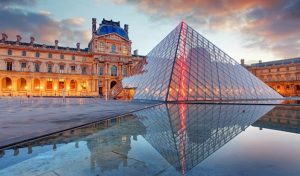 World’s Oldest Museums You Should Visit

4. Kunstmuseum, Basel, Switzerland: The Amerbach Cabinet is a sizable art collection that can be found in the Kunstmuseum Basel, a historical museum that was founded in 1661. The Ashmolean in Oxford followed as the first university museum in the world. 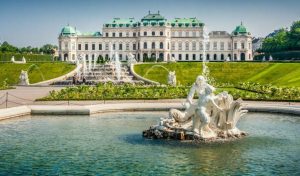 Oldest Museums in the World You Can Still Visit Today

5. Oxford’s Ashmolean Museum: One of the first museums in both Europe and the entire world is the Ashmolean in Oxford. It was founded in 1683 and was a crucial source for artifacts and sculptures connected to archaeological discoveries. 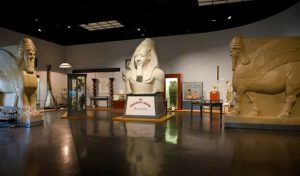 What museum has the oldest artifacts?

6. Louvre Museum, Paris: The Louvre, one of the most well-known museums in the world, was first built as a monarchs’ palace in the thirteenth century. However, the palace was turned into a museum when King Louis XIV decided to go to another one. 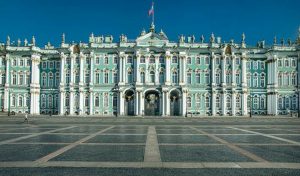 Where is the oldest museum in the world?

7. Belvedere Palace in Vienna: One of the world’s most ancient museums is Belvedere Palace. It was the Habsburg family’s royal palace before being turned into a museum in 1781. It includes works of art with Austrian roots. 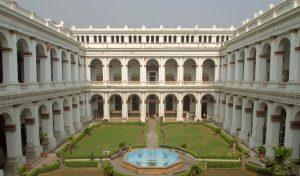 Oldest Museums in the World

8. Charleston Museum, United States: The Charleston Museum in the United States, which opened its doors in 1773, is where visitors may find decorative arts, Charleston stones, and significant historical artifacts. The skeletons of a sloth that is twice as big as a man and a shark that is 40 feet long are the museum’s main attractions.

9. Russian Federation’s Hermitage Museum, St. Petersburg: One of the first Russian museums, the Hermitage, was established in the year 1764. Public access was granted in 1852. According to gallery space, it is the biggest museum on earth. Since the museum’s opening, an estimated 3 million artifacts, paintings, and other items have been stored there.

10. Indian Museum, Kolkata: The Asiatic Society of Bengal in Kolkata created the Indian Museum in the year 1814. One of the world’s oldest museums is this one. The museum is home to historical empire-related artwork, artifacts, armor, and decorations.

Due to the fact that it houses priceless works of art and historical artifacts, it is very important.

11. France’s Besançon Museum of Fine Arts and Archaeology: Nearly a century prior to the opening of the Musee du Louvre, one of the oldest museums in the entire globe was founded in Besançon, a city in eastern France.

Jean-Baptiste Boisot, a charitable abbot of Saint Vincent, is responsible for sowing the seeds that have grown into a massive collection. The Benedictine monks of the cit were given his collection of books, artwork, and other priceless possessions so they could conserve them for public use. These pious individuals are just so giving!

Visit the Besançon Museum of Fine Arts and Archaeology if you find yourself close to the Swiss-French border. Numerous paintings and artifacts from ancient cultures can be found there. The name Bronzino suggests a rebellious Brazilian football player. Unfortunately, kicking a ball about won’t make you an expert in 16th-century painting, especially because football hadn’t even been developed at the time. It is easy to suppose that Bronzino, also known as Agnolo di Cosimo, wasn’t a sporting type. The masterwork Deposition of Christ by the Florentine painter, which is one of the museum’s main attractions, was completed in 1545.

A journey through art history can be appreciated by just walking through the museum, free from the inevitable throngs who visit famous museums in places like Paris. Many renowned artists, including Rodin, Picasso, Renoir, and Goya, have earned space on the walls. You can further enrich this establishment by including a few Egyptian mummies, Gallo-Roman mosaics, and medieval sculpture. This will make it deserving of its place among the oldest museums in the world.

12. The Prado Museum, Spain: For nearly 250 years, the Neoclassical Prado Museum in Madrid has stood tall with its columns and arches. This opulent structure was intended to serve as Spain’s Natural History Cabinet by King Charles III.

Thankfully, his grandson, King Ferdinand VII, decided to display precious artwork rather than dubious taxidermy in the rooms of the Museo Nacional del Prado. (Let’s say, based on zero evidence, that Ferdy was a tree-hugging, animal-rights activist).

Before the museum and its 300 artworks were opened to the public in Madrid, it was 1819. The artwork on display in the Royal Museum of Painting, as it was then known, was part of the Spanish Royal Collection, which had been amassed over the ages by Habsburg and Bourbon rulers through purchases, loans, and coercive acquisitions. The museum is currently one of many undeniable highlights of Madrid, and for tourists seeking out the city’s cultural attractions, it ought to be at the very top of the list. It’s not only one of the biggest museums in the world, but it’s also one of the oldest. Roman numerals are used to identify each of its 102 rooms, so it’s a good idea to review them if you start to feel lost in XL.

El Tres de Mayo 1808, a somber reminder of the price of rebellion and resistance by Goya, and Las Meninas, Velázquez’s enigmatic, almost photographic portrait of life in the 17th-century royal court, are just two of the treasures they have managed to conserve.

Recommended: Games That Will Make You Smarter

The world’s oldest museums are still operating today. These cultural centers offer a wealth of exploration opportunities, including exhibits on prehistoric animals and papal art collections.

The preservation of culture, religion, and history has long been a priority for museums. They acknowledge and record human accomplishment and support the telling of our triumphs’ stories (as well as a pretty extensive list of failures). In more recent times, they’ve also developed into the perfect locations to snap amazing Instagram pictures and eat pricey cake. I’m sure this blog post has been very helpful to you, whether you’re trying to soak up the oldest of the ancient on your next trip or just want to expand your cultural knowledge.