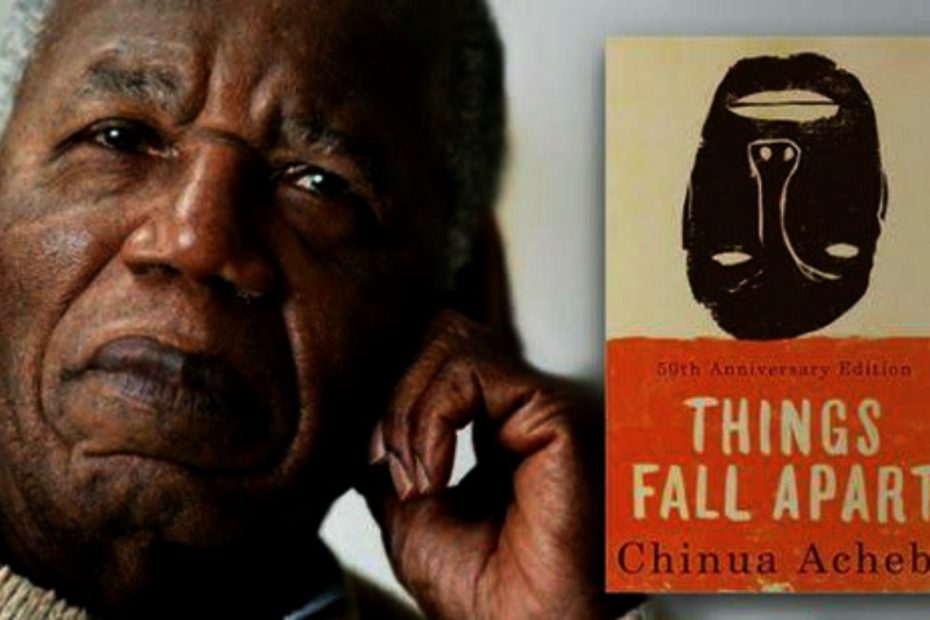 Themes from Things Fall Apart by Chinua Achebe: ‘Things Fall Apart’ is a novel penned by one of the legends of African Literature; Chinua Achebe. It analyzes a lot of topics that not only reverberate with Nigerians but the world at large. It is a tale of the journey of a man as much as it is about that of a people. Umuofia community in this story represents the general Igbo society in terms of social strata and tradition.

In 2022, decades after first publication, this book is still deeply relevant, not just because it served as a foundation for generations of writers in the world, but also because people deeply appreciate the cultural range of the writer and his piece. There are a lot of lessons, still, that one can gain from reading the book. 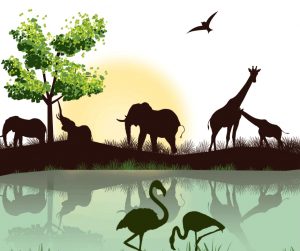 Contemporary issues such as masculinity, depression, and repression are also addressed in this book. It feels almost like Prof. Chinua was on a mission to bridge his era with the future generation through beautiful storytelling.

After deeply reviewing this classic, we have come up with nine lessons to share with you. This article contains very deep topics, and also issues you can encounter in your daily lives.

The following are themes from this African literary classic;

1. Hard Work: In the first chapter of the book, the writer tells us of a young wrestler whose driving force was to be greater than his father. Okonkwo hated his father; Unoka for being an unrepentant squanderer who barely made a living. Okonkwo also believed him to be weak and simple, and it didn’t help that he died with ill repute. These were two things Okonkwo feared the most; being poor and without status. This is why; he started working hard on his wrestling to make a name for himself. 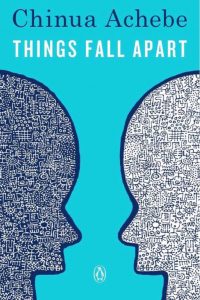 The crux of the theme is in the fact that Okonkwo did not just sit and whine about the fate he was dealt. He showed exemplary determination and strength in both wrestling and farmers, taking his place among the most important men in the community.

2. Toxic Masculinity: This book also explores the theme of masculinity extensively. One of the major character flaws of the lead character is his fear of emasculation and his struggle with the idea of what it means to be a ‘real’ man in Umuofia.

With Achebe’s writing, there is a foretelling of the scenery in the world today regarding ‘masculine’ expectations. Okonkwo paid the prize of his ego in the face of his already depleted sense of worth.

Recommended: Important lessons to learn before 30. 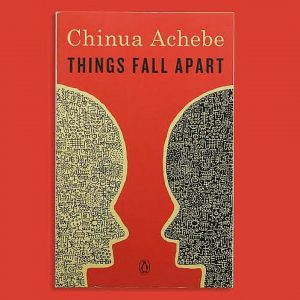 What is the theme of Things Fall Apart

3. Weight of Peer Influence: The theme of peer influence is both portrayed in a positive light and a negative one. The first is the influence Ikemefula had on Nwoye, Okonkwo’s first son. Before the arrival of Okonkwo’s surrogate son, the great wrestler was worried that his first son might be too weak and introverted for the world. He feared that his son could end up like his ‘weak’ father. He did not envision the influence the slave boy was going to have on his son. Nwoye only started showing signs of vibrant ‘boyhood’ after he found friendship in the boy who called Okonkwo father.

The above, when compared to the influence Okonkwo’s clansmen had on him throughout the book, you can learn the very important lesson that the outcome of influence is more dependent on the quality of the company than it is on the extent of the pressure itself. This means that different people can influence you differently. Learn to wisely pick your friends. 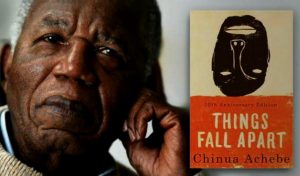 What does Things Fall Apart teach us

4. Conflict of Culture & Consistency of Change: Another vital theme from the book is that change is not only unavoidable, it is also largely unpredictable. On arriving in Umuofia after being exiled, Okonkwo was appalled by the absence of violent resistance on the part of his clansmen.

He took it upon himself to strike, and when he realized there was very little he could do in the scheme of things, he took his own life. With this book, the writer succeeds in teaching you about the futility of fighting change.

5. Role of Language in Building Worldview: Language is a very powerful tool in the building of perspectives. You can see this in the context of the writing, and the style in which the book is written.

The writer insists on writing certain words, and phrases in Igbo because certain nuances could be lost in translation. Literally. You also learn the powerful role language –read tone– plays in mediation. The latter is one of the most recurring themes in the book. 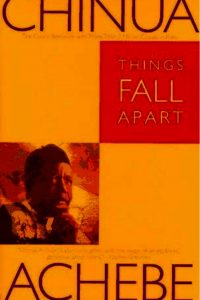 What is the moral lesson of Things Fall Apart

6. Role of religion in shaping behavior: Another major theme explored in the book ‘Things fall apart’ is that of religion and its influence. The central lesson in the several ways this theme is explored is that religion has its way of shaping how people in a given community perceive several concepts; from death to criminality to the essence of life itself.

In the book, parallels are also drawn between Christianity and Igbo cosmology to show how religion greatly influences their perspectives.

Also see: Reasons for the Colonization of Africa

7. Repression: Repression in human behavior is the involuntary rejection of intense emotions or feelings. Okonkwo found it very difficult expression how he felt, even to his close relations. The only feeling that Okonkwo thought valid was anger.

Right up to the time Ikemefula was killed by Okonkwo’s clansmen, he refused to let the boy see how broken he truly was. It is important to note that repression is rather involuntary, so some people would argue that Okonkwo had no true power over those moments. The truth, however, is that the constant repression was a result of the beliefs that Okonkwo held throughout his lifetime.

8. Pride: All through the book, we see Okonkwo struggle with his pride. Although he was a wealthy and influential man, who excelled at most things, he was virtually a slave to his pride. Okonkwo believed that a real man was supposed to think of how people viewed him before anything else. Reason always took second place to his ego.

His insistence to look good in the eyes of his fellow clansmen was his greatest motivator, but it was also his Achilles heel. You can learn, only a  few chapters into this masterpiece that it is easy for a person to become a slave of his pride.

Also see: Things you should look out for in a man before marriage

9. Self-will: Finally, the greatest theme of this book is perhaps the power of will. It encapsulates all of the lessons listed in this article. In all of the themes explored in the book; from religion to killing to suicide, you learn that there is so much a person can accomplish if they have the will.

You learn that you own your beliefs and your actions and your story. The writer tells his readers –in beautifully woven words– that will is the greatest trait in man. Things Fall Apart tells the story of a man who forged his path in this world, regardless of the question of whether his choices were the most ideal. It is something we can all learn from.

These are some of the major Themes in Things Fall Apart by Achebe. If you were in Okonkwo’s shoes, would you do better? Be better? A thorough self-evaluation would be the first step in learning from this character’s mistakes.