Home » Scholarly Articles » Advantages and Disadvantages of a Rigid constitution

Advantages and Disadvantages of a Rigid constitution 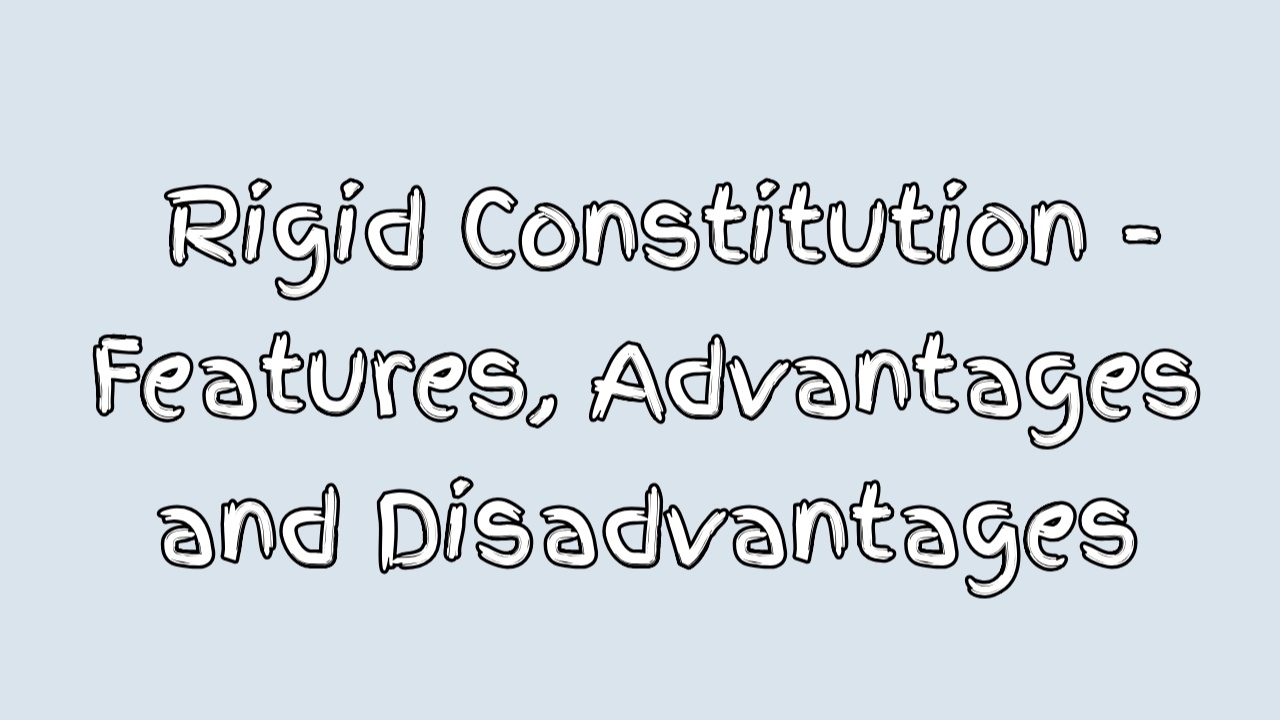 Advantages and Disadvantages of a rigid constitution: A constitution is basically, the sum/aggregate/totality of the basal doctrines or principles upon which a political unit or legal entity is founded and which serves as a control mechanism for all the activities in such entity. A legal entity could be a country/sovereign state, an organization, etc. 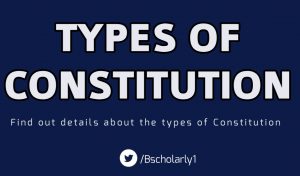 Merits and demerits of a rigid constitution

Constitutions are commonly classified as:

Sometimes, people also classify constitutions based on their being codified or uncodified.

For the purpose of this article, however, we shall dwell specifically on the rigid constitution, bringing to fore, it’s features, merits and demerits.

RECOMMENDED: Differences between a written and unwritten constitution

What is a rigid constitution? 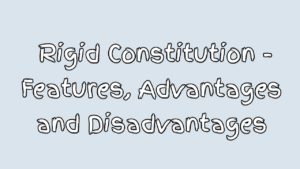 Advantages and Disadvantages of a rigid constitution

To get a better understanding of what Rigid constitution is, I highly recommend that you watch the YouTube video below. Trust me, it will educate you.

What are the features of a rigid constitution?

The following are the features of a rigid constitution:

b. Mostly written and codified

c. Owing to it’s codified nature, it is usually clear and precise

d. A rigid constitution is relatively stable, as no frequent or arbitrary changes are made in it’s provision.

Disadvantages of a rigid constitution (Demerits)

The following are some of the arguments against a rigid constitution:

1. Stringent process of amendment: As stated prima facie, amending a rigid constitution is an onerous task. The process is often slow, exacting, and seemingly interminable. Sometimes, the whole amendment process may not even hold water, or may be swept under the rug for a really long time.

In a country like Nigeria, for instance, for a modification to the constitution to be effected, it must be passed by a four-fifth majority of all the members of both the Senate and the House of Representatives, i.e  The National Assembly.

It must also, be approved by a two-third majority of all the state houses of assembly. This sums up to at least, 24 states, as there are currently, 36 states in Nigeria.

In the event that a bill of amendment does not get sufficient approval, such amendment process would be cut short.

Section 9 of the 1999 constitution of Nigeria stipulates the processes for the amendment of the constitution.

In the United States of America, the conditions for amendment are not less stringent.

In the United States, a proposed amendment submitted by the Congress, must be approved by two-thirds vote of both houses (House of Representatives and Senate). It must also be sanctioned by two-thirds of all the states, which totals 34, out of 50 states.

In the light of these, one should know that amending a rigid constitution is no walk in the park.

2. It’s amendment takes a lot of time: Consequent to the stringent processes involved in the amendment of a rigid constitution, as discussed prima facie, it is evident that a lot of time is wasted.

In Over 200 years, the constitution of the United States has been amended only 27 times. Some of these amendments took months to finalize, others took years, even decades, and that is a whole lot of time!

Recommended: Advantages and Disadvantages of an unwritten constitution

3. It is uneconomical: The cost of law making is more exorbitant in countries that have rigid constitutions. This is even more so, as these countries mainly operate a bicameral legislature. The effect of this is that there is a duplication of cost. The cost hits the skies when it is a constitutional amendment which involves all the states.

4. Tardy Response to pressing needs and changing times: Owing to the nature of amendment of a rigid constitution, it does not really keep up pace with societal trends, dynamics in the environment, economic and political innovations. Most times, the situation prevalent in countries having  rigid constitutions, is that of a cart pulling a house, instead of the other way round–the society runs ahead, while the constitution drags behind.

Rigidity of constitution places a constraint on the legal development of a political entity.

RECOMMENDED: Meaning and Functions of the Arms of government

Advantages of a Rigid Constitution (Demerits)

The following are the arguments in favour of the rigid constitution:

1. A relatively stable polity: Save for the stringency of the amendment process, every slight wave of dissatisfaction from any group on the most trivial of issues, could result in a move for a major alteration to the constitution, which would have more far reaching effects on other groups. This would eventually lead to instability.

2. It gives no room for arbitrary or imperious changes to the law: If laws were so easy to change, chances are there could be a preponderance of bizarre and totally inconceivable laws made at the whims and caprice of a corrupt or incompetent ruler.

Elite and aristocratic members of the society can not easily bend the law for their own aggrandizement. They cannot narrow the law to accommodate their selfish interests.

3. It provides for only careful and perpetually beneficial decisions: A rigid constitution gives no room for hastily made decisions which may prove to be lethal or cankerous in the long run. If there are any loopholes or grey areas in a proposed bill, they will be brought to light in the course of the critical scrutiny at various stages of law making, and eventually salvaged.

4. Legitimacy: When there is an established and consistent procedure for law making, which is tenaciously followed, it lends weight and legality to the laws made and compels more obedience from the people. Laws made on whims and caprice, or without thorough following of processes, laws which can be changed or replaced very easily, may not be considered by the people as having much legitimacy, and consequently, does not command much obedience.

NOTE: Most of the merits and demerits of a rigid constitution listed above, can as well be cited as the features.

RECOMMENDED: Differences in a deed and an agreement

The weaknesses of a rigid constitution, can be managed and minimized by a competent government, just as it’s strengths can and should be taken advantage of.