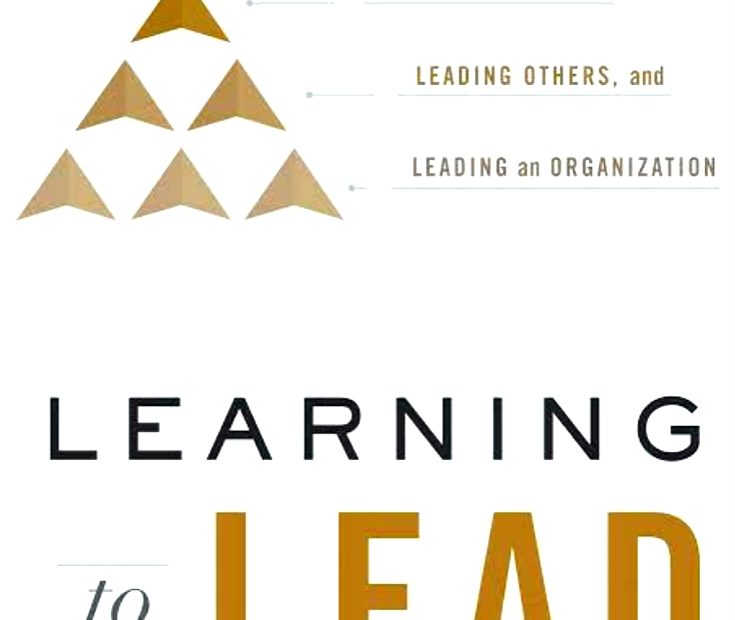 Top 10 Best Leadership Books: When we hear about leadership, our minds automatically go to our bosses, political leaders, church leaders and the rest. Yes it is no doubt that these people are leaders and even good leaders at that for us to make reference to them, however, that does not mean that leadership only revolves around those that we know and accept as leaders. We could be leaders at any angle or aspect of life we find ourselves, leadership is for everyone.

Leadership involves the ability of a person or an individual to lead guide or influence other people, teams, or organizations. Leadership as a word is always seen as a contested word. Various specialist literature debates viewpoint on the concept of leadership usually contrast the western approach and the modern approach to leadership.

The United States academic environments defined leadership as “the process of social influence, which a person can enlist the aid and support of others in the accomplishment of a common ethical task”.

Leadership can also be defined as the influential power in which the leader exercises, his power and promotes the movements or change in others who are the followers. Leadership has been traditionally considered as that which is owned or possessed by an individual due to their role,   authority, or position.

1. Learning to Lead: The Journey to Leading Yourself, Leading Others, and Leading an Organization by Ron Williams with Karl Weber: Ron Williams as a child grew up in Chicago, then went up to become a top health care executive, he also served as the CEO of Aetna. Learning to Lead as William’s points out isn’t a book for executives whom are advancing in their careers with the aim of climbing even higher, but for beginners who are just starting their careers, and who are struggling to get it on the right part of leadership. 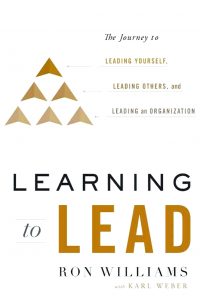 What is the best book to become a good leader? Answered

The lessons shared by Williams in this book range from broad and philosophical which entails, (“Do not let other people define who you are, what you can become, or what you can accomplish”.) To specific and practical (“Seek out jobs in sectors that are growing”). As a part of his illustration of this latter massage, he took a look with his own ride in healthcare, a field that nearly doubled as a share of the economy during his own time.

2. Developing the Leader within You and the Leader Shift, both books are written by John C. Maxwell: Maxwell, A pioneer in the field of leadership has published a new book and one newish book on leadership: an all-new volume, Leaddershift and a largely written “2.0” version of his old book, Developing the Leader within You. Maxwell’s new book on Leadership, interests itself with the way which leaders could prepare one to implement what the writer calls a Leadershift. 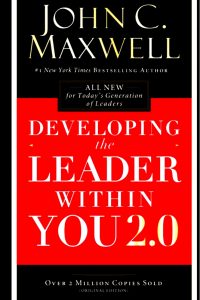 This brought Maxwell to defining a leadershift as a “leadership change that will positively enhance educational and personal growth,” which he illustrates through the example of the 11 shifts that the writer himself, made in the course of his career.

Developing the Leader Within You 2.0; is another of Maxwell’s release, which is an update of his 1992 classic book, with which he sold two million copies and has been a major influence in the field of leadership.

This new edition of the book, brings the language used in the book and the examples up to date, but however, retains the central massage of the original book, such as the maxim that “Leadership is influence” and also his five levels of leadership from the lowest level.

3. Humble Leadership: The power of Relationships, Openness and Trust by Edgar H. Schein and Peter A. Schein: Edgar H. Schein has been an expert on company culture. In this new book Humble Leadership, he pairs with his son Peter, a consulting partner to explore what he has long said is the other side of a culture coin which turns out to be ‘Leadership’. Based on this, the Schein’s employ the reader to “reframe the personal challenge of improving your leadership skills into a collective challenge of helping to improve how your groups perform.” 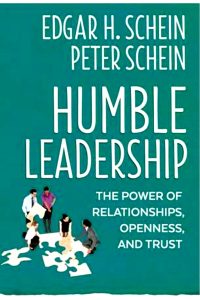 This type of leadership of is referred to “Level 2” and it is seen as distinct as the traditional model of leadership, which is being criticized as being hierarchic and dependent on the heroic performance of the individual.

4. Act like a leader, Think like a leader by Herminia Ibarra: The book is an unorthodox book on leadership, which gives bold advice for managers on how to improve their skills with regards to management. Herminia strongly advocates the idea that leaders do need to experiment more and also learn from those experiments instead of being too careful of taking risks. Yes it has been said too often that a leader needs to act and think like a leader, but the interpretations of this sentence may differ as understanding differ. However, the author offers the right way to follow this dictum. 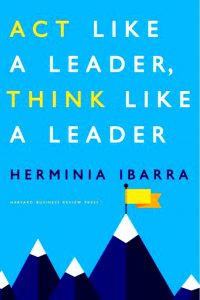 This particular book stands out for the practical advice afforded to its readers with emphasis on taking risks calculated not only to achieve more, but to motivate others to do better.

5. Turn the ship around by L David Marquet: This book was written by a former commander of the US Navy and it’s based on the true story of how he turned things around and went on to actualize his potential. He laid down the philosophy of developing leaders instead of followers, who are not afraid to question authorities when needed. The book is an exploration of how one evolves from leading to helping others lead. 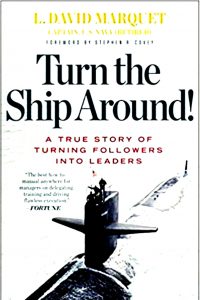 Books on leadership and influence

6. The Fifth Risk, by Michael Lewis: This book is one of the most important non-fictions published. Its amazingly hopeful treatise on how the dedication of long term employees in big organization can manage to keep things going for their customers in spite of the absence of leadership and how well they could do with just a smidgeon of support from above. 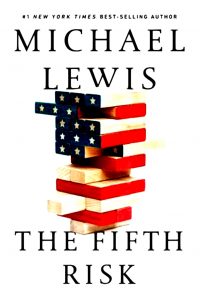 Best books on leadership and management

7. Leadership is an Art by Max DePree: The author is the former Chief Executive Officer Herman Miller Inc., he is a long time leader of home, and office furnishings, whose list of products include Eames Lounge Chair, the Aeron Chair, and the Noguchi Table. He recounts the decisions made by Miller which has led to business success, including its creative geniuses. 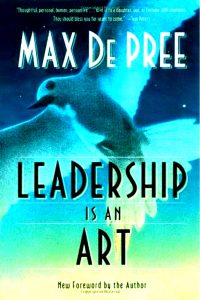 Best Leadership Books Every Leader Must Read To Achieve Success

8. Disrupt-It-Yourself: Eight Ways to Hack a Better Business-Before the Competition Does by Simone Bhan Ahuja: The fear of disruption is a wide thing in boardrooms today. The author proposes an antidote to this paralysis-inducing posture: innovate within your organization before the competition sends you out of business. She explains eight solid ways to do this. 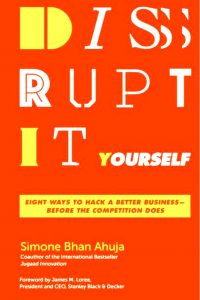 9. Excellence Wins: A No-Nonsense Guide to Becoming the Best in a World of Compromise by Horst Schulze with Dean Merrill: The author is one whose approach to leadership is widely influential. The book concentrates on empowering employees to provide leadership for themselves in the society. 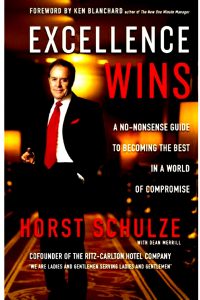 10. The Seven Habits of Highly Effective People, by Steven R. Covey: This book is a timeless lesson on success and leadership. When you change your mindset, you embrace an alternative perspective; the author walks one through the self-mastery Paradigm Shift. 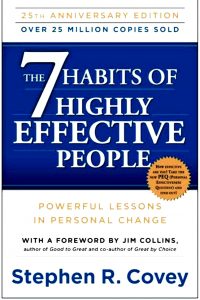 The process of achieving this is broken down into independence, continual improvement, and interdependence which results to a meaningful growth.