9 Characteristics of the First Generation Computer 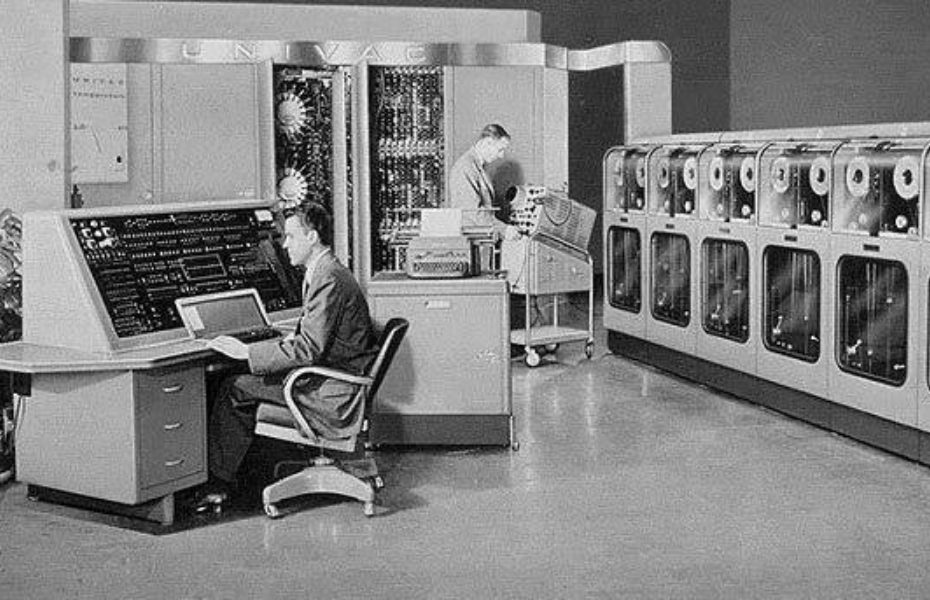 Characteristics Of First generation Computers: The usage of computers is unavoidable in today’s world, where information is critical in every part of human life. A computer can now be used to type documents, send emails, play games, and surf the Internet. It’s also capable of editing or creating spreadsheets, presentations, and even films. They are also now widely available, inexpensive, and portable.

Before modern computers, there were various generations of computers that marked technological advancements. Computers evolved over generations as technology progressed. Computer circuitry, size, and parts have been downsized with each successive generation, processing and speed have doubled, memory has grown, and usability and reliability have increased. 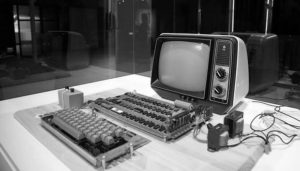 characteristics of the first generation of computer

This evolution process began in the 1940s with the introduction of the first Generation Computers and since then, further breakthroughs were made.

What is a Computer?

A computer is an electronic device that processes data or information. It can store, retrieve, and process information.

What Does Computer Generation Mean?

The term “generation” refers to various periods of civilization or technological advancement. Computer generation refers to the time during which the computer system was developed and improved upon. It encompasses the different technological advances that have occurred since the invention of the computer system till today. Since its inception, the size and attributes of a computer system have evolved and changed. Each generation of computers has advanced significantly over time, with considerable improvements in size, kind, and capacity. 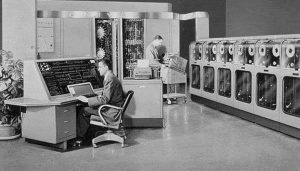 What are the features of a first generation computer

The five generations of computers and their period include:

The modern computer era owes a great deal to the tremendous technological achievements made during World War II. The search for an aid device in the scientific and military domains dominated this period. Electronic circuits, vacuum tubes, and capacitors replaced mechanical component production, and numerical calculation replaced analogue calculation. This era’s computers and devices are referred to as the “first generation” of computers.

The first generation computers were the first real digital and general-purpose computers. They arrived just in time to replace the electromechanical systems that were far too slow for the job at hand. The US Army needed devices that could compute artillery firing tables quickly because existing ones took nearly two days to finish. This requirement gave rise to the advent of new machines which were able to compute these table data in seconds.

This computer was enormous by today’s standards. It had 18,000 vacuum tubes, occupied 15,000 square feet of floor space, and weighed 30 tonnes. It was incredibly time-consuming to prepare the software or instructions, and mistakes were usual. At the Moore School of Engineering at the University of Pennsylvania in Philadelphia, John Mauchly, an American physicist, and J. Presper Eckert, an American engineer, invented and built the electronic digital computer.

ENIAC’s creators produced a new machine in 1949 called EDSAC, or Electronic Delay Storage Automatic Calculator, which introduced the ability to store programmes on the machine. In 1951, scientists John Presper Eckert and John Mauchly also developed the UNIVAC, or Universal Automatic Computer. The UNIVAC is widely regarded as the first modern computer. This machine also signalled the end of the first computer generation.

Batch processing operating systems were mostly used on the first generation of computers. As input and output devices, punched cards and paper tape were employed. This generation’s computers used machine code as their programming language. Machine language instructions were given to early first-generation computers, which is a code that designates the electrical states of the computer as combinations of 0s and 1s.

Characteristics of the first generation computers

Below are the characteristics of first-generation computers:

a. Main electronic component: The circuitry in the first generation of computers was made up of vacuum tubes. Vacuum tubes, which are used to control flow in electronic circuitry, were used as a switch/amplifier for the computing system circuits, allowing it to conduct digital computations.

b. Memory: Magnetic drums were employed as the memory in these computers. Data and programmes can be stored on a magnetic drum, which is a metal cylinder coated with a magnetic iron oxide material. The result was first-generation computers had a limited amount of storage space.

c. Input/ Output: Punch cards, paper tape were employed for input operations of the computer while the output was displayed as printouts.

2. Software Technology: To accomplish operations, first-generation computers relied on the lowest-level machine language. The instructions in machine language are coded with 0s and 1s. As a result, these computers could only tackle one problem at a time. Computers of the first generation were difficult to programme because they employed machine language.

Recommended: Most difficult programming languages to learn for beginners

Furthermore, because the first generation computers used a huge number of vacuum tubes, they produced a lot of heat, necessitating the need for an air conditioner. A tremendous amount of electricity is used up while powering these computers. As a result, the cost of running and operating first-generation computers is extremely. Moreover, the machines were prone to frequent failures and necessitated ongoing maintenance.

4. Physical Appearance: Because of the thousands of vacuum tubes used in their construction, these computers were enormous in size and weight. As a result, it required a large room for installation, and it was difficult to move them once they were set up.

5. Reliability: The first generation of computers were typically unstable because they created a lot of heat, which caused a lot of technical issues and malfunctions, demonstrating how slow and ineffective they were. In addition, being prone to error, they also had a low level of reliability and accuracy when performing tasks.

6. Computing Characteristics: The computation time for first-generation computers was in milliseconds

7. Speed: The operative speed of first-generation computers was low thus they weren’t capable of calculating a large amount of data

8. Custom-Made, One-of-a-kind: One of the distinguishing features of first-generation computers is that they are unique and custom-made. This is because each computer was planned, manufactured, and produced by hand. Individual functioning components were hand-assembled without the aid of a production line(unavailable at that time) that was capable of producing 1,000 desktops per day.

9. Application:  Because first-generation computers were the fastest computing devices available at the time, they were used for scientific purposes. It was only capable of doing rudimentary numerical calculations.

Examples of first-generation computers include:

Also see: How long does it take to learn Python from start to finish (Answered)