Countries With The Most AFCON Trophies (2022) 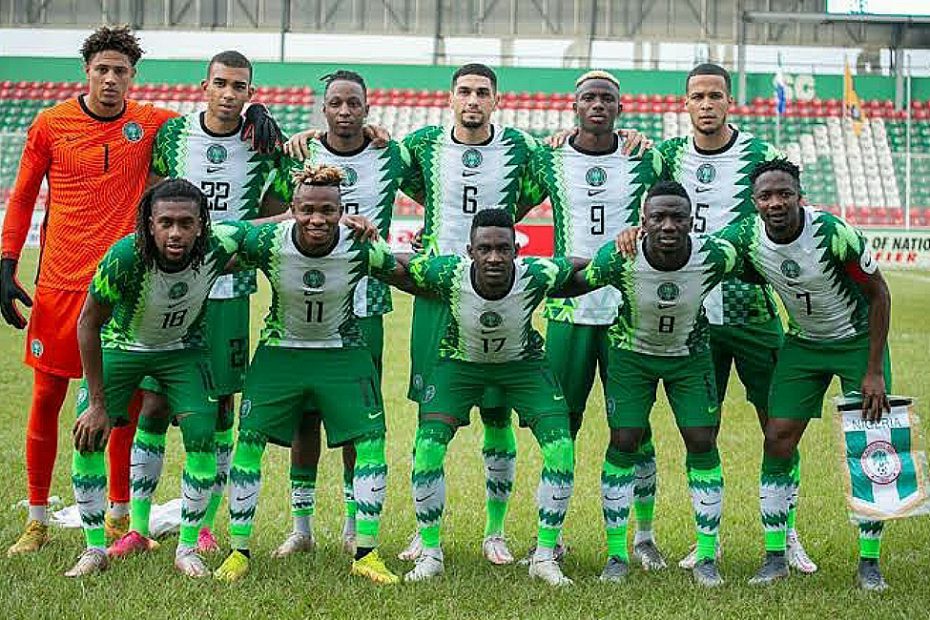 Countries With The Most AFCON Trophies As of 2022: The Africa Cup of Nations, sometimes known as the African Nations Cup, is the most prominent football competition in Africa. The event, which is played by top clubs, is organized by the Confédération Africaine de Football (CAF). The tournament’s structure has changed throughout time, with the number of teams growing from three in 1957 to twenty-four after several changes, in 2019. The advent of qualification stages in 1968, the year the CAF decided to conduct the competition every two years, sparked an increased interest.

The tournament has operated as a showcase for African players’ abilities. The tournament’s offensive, engaging style of play captivated African spectators in the 1950s and 1960s, attracting European talents recruiters, managers, and reporters. The cup gained a considerable worldwide reputation under the administration of Ethiopian Ydnekachew Tessema, who served as CAF president from 1972 till his passing in 1987. Commercial sponsorships were authorized in 1984, and professionalism was permitted in 1980.

So, We will be listing the countries with the most AFCON trophies as of 2022.

Recommended: A critical Comparison between Ronaldo vs Messi.

Top Countries with the African Cup of Nations (AFCON) Title 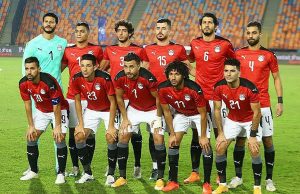 How many times has Cameroon won the African Cup of Nations

In 1934, Egypt became the first country to qualify for the World Cup. Arsenal’s Mohamed El Neny and Liverpool’s Mohamed Salah are two notable players who have represented their country and are among the tournament’s favorites (yet again). Egypt is the clear king of the competition, having won it a record seven times and also having the honor of winning it the most times as a host country (3). They have appeared in nine finals and have won all but two, losing in 1962 and 2022. Their most recent victory was in 2010.

2. Cameron (5 times): Because of its five victories, the Republic of Cameroon is the second most victorious country in Africa Cup history. The five-time AFCON champions reached the finals on three different occasions, twice capturing the title in 1984 and 1988. They’ve won the AFCON three times already, in 2000, 2002, and 2017. 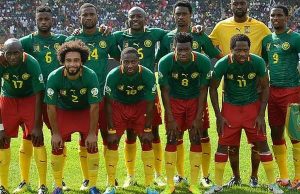 Top five nations with the most AFCON titles

Cameroon has frequently performed well in this competition despite not having many well-known players in Europe, finishing second in 2008 and winning in 1984, 1988, 2000, and 2002. Cameroon is the African country that has qualified for the World Cup the most times.
Cameroon is tied for second place on the list among most AFCON titles won, with four. They were the very first African team to reach the quarter-finals of the World Cup (in 1990).

Also see: Best Rappers in Africa and their countries 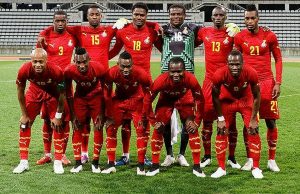 Which national team has won the Africa Cup of Nations most times?

Ghana has been in a total of nine AFCON finals, losing five of them. This is why they are ranked one place higher in this coveted list than Cameroon, a fellow four-time winner.

Their first victory came in the 1963 competition, which they sponsored for the very first time. In the following editions, they successfully defended their title, winning it for the third time in 1978 (then as the hosting country) and the fourth time in 1982. Ghana reached the finals of the most recent AFCON but was defeated by current champions Ivory Coast.

4. Nigeria (3 times): The three-time African Cup of Nations champions won bronze in the 2019 edition after defeating Tunisia 1-0 in the third-place playoffs match. They previously won the title in 2013, when they beat Burkina Faso in the final. In 1980 and 1994, the Super Eagles won their other 2 titles. 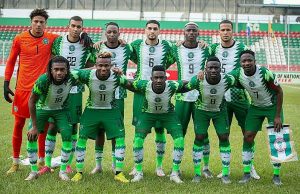 How many times has Nigeria won the African Cup of Nations

They’ve also finished the second four times, the second-most in tournament history. Nigeria’s failure to qualify for the tournament was the most disappointing aspect of this year’s qualification procedure. In a country infatuated with football, the fact that the three-time champions were unable to make it to Africa’s elite came as a great shock.
Despite this setback, the country is bursting at the seams with fresh talent, with Kelechi Ihenacho, Alex Iwobi, and Ahmed Musa leading the offensive onslaught. They’ll be trying to improve in the next tournament.

Also see: African countries with the most beautiful women

5. Cote D’IVOIRE (2 times): Cote d’Ivoire has been a consistent force in the world cup since 2006, winning the AFCON on two occasions, most recently in 2015. Ivory Coast is regarded as one of the best teams of the recent decade, with star player Didier Drogba being named the best African footballer. They also won the AFCON title in 1992. 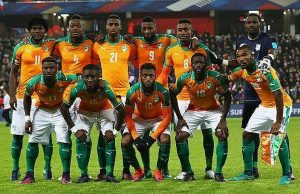 Whereas the Ivory Coast and the Democratic Republic of Congo have each won two titles, the former has finished second twice (most notably in 2012) and hence tops this list. Ivory Coast, will compete in the AFCON for the first time after winning the previous edition.

The country’s other victory came in 1992, and they’ll be looking for a third win in Africa’s most prestigious football championship with a strong team at their disposal — despite the absence of players like the Toure brothers, who have since retired. Serge Aurier and Adama Traore are prominent players for the Ivorians.

6. Algeria (2 times): Algeria did win the African Cup of Nations 2019 after defeating Senegal 1–0 in the final. Algeria won its second World Cup title and the first in 1990. Nigeria finished third after defeating Tunisia 1–0 in the final match for third place. Algeria had not won the Africa Cup of Nations in 29 years, but the yearning for victory in 2019 was probably higher than ever before. 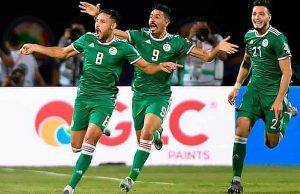 Countries With The Most AFCON Trophies

7. Dr Congo (2 times): DR Congo has competed in the nineteenth round of the Africa Cup of Nations (AFCON), making them are among the most experienced teams in the competition. They are another one of Africa’s most talented teams, and won the championship twice, in 1968 & 1974, as Congo-Kinshasa and Zaire, respectively. 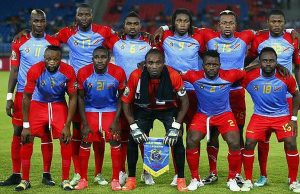 Which countries have won the African Cup of Nations

Also see: Best Countries to start and grow a business in africa

8. Zambia (1 time): Zambia upset the Ivory Coast’s Golden Generation 8-7 on penalties in the Africa Cup of Nations final in Libreville eight years ago, achieving the most amazing and emotional victory in the tournament’s history. 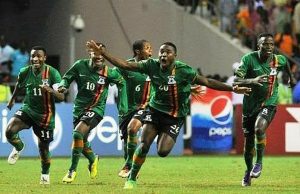 who has won the most Africa Cup of Nations tournaments

It was a remarkable victory for Herve Renard’s underdog, made all the more poignant by the fact that Chipolopolo was paying tribute to the great Zambian team that vanished in an avian accident in 1993.

Zambia will go down in the history books as one of the most extraordinary teams—and extraordinary stories— in African football history, despite failing to capitalize on their 2012 title win by qualification for the 2014 World Cup.

9. Tunisia (1 time): Tunisia was the first African country to compete in the Africa Cup of Nations in 1962. The country finished third in that year’s competition, beating Uganda 3–0 in the third-place match. Just four countries competed in that competition. Tunisia was authorized to host the tournament in 1965 and advanced to the final when they were defeated 2–3 by Ghana. 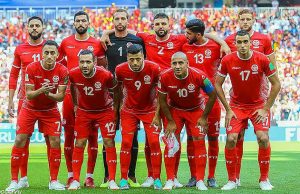 Country with most AFCON titles

Tunisia did not return to the final until 1996, when it came in second place, losing 0–2 to hosts South Africa. Tunisia’s greatest achievement in the competition occurred eight years later when as organizers, they got to the final for the third time and triumphed 2–1 over Morocco. Tunisia’s goals came from Francileudo Santos and Ziad Jaziri.

Also see: Countries around the world that offers free education to students

10. Ethiopia (1 time): Ethiopia was formerly a prominent force in Africa, participating in every Africa Cup of Nations till the late 1960s. Ethiopia also won an AFCON tournament when they hosted it in 1962. [1] Since then, Ethiopian football has struggled to achieve victory, and the country would also have to wait till 2013 to qualify for the final event after a 31-year hiatus. 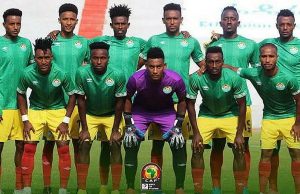 Countries With The Highest AFCON Title

11. Sudan (1 time): Sudan was among the first countries to compete in the Africa Cup of Nations, and it also hosted the event for the first time in 1957. Sudan has been one of Africa’s strongest teams from the 1950s through the 1970s, winning the tournament in 1970, which was staged at home immediately after Gaafar Nimeiry’s coup, with Mustafa Azhari Alawad as its top scorer.

After Mustafa’s retirement in 1970, however, the Sudanese squad began a protracted slide, and Sudan’s standing as a major African force was lost at the hands of other African teams. Sudan had to wait 32 years after qualifying for the 1976 Africa Cup of Nations before making a comeback in the 2008 Africa Cup of Nations.

After three straight 0–3 losses, it was relegated to the bottom of the standings. Sudan will soon achieve its best result in the 2012 Africa Cup of Nations, reaching the quarter-finals for the first time in recent history, before falling into a massive problem that has stifled Sudanese football advancement.

12. Senegal (1 time): After defeating Egypt in the final, Senegal won the Africa Cup of Nations on penalties. The game ended 0-0 after 120 minutes, with Senegal’s greatest chance coming when Sadio Mane missed a penalty in the seventh minute.

After a tense extra match, Mane was able to make up for his past error by scoring the game-winning penalty and giving Senegal the cup. Mohamed Salah was supposed to take Egypt’s sixth penalty, but he was never given the opportunity.

Also see: Most Developed Countries In The World 2022: Top 10

Although it is not as well-known as its European or South American predecessors, the Africa Cup of Nations (AFCON) is the continent’s second most popular football competition. As a result, it is met with a lot of enthusiasm across Africa.

The tournament will also have an impact on the clubs, as important players such as Sadio Mane, Mohammad Salah, and others will leave their clubs to represent their country. Other countries that have won the trophy ones  South Africa and Morocco.