Home » Fashion Updates and Trends » Best Places To Live In The World: Top 8

Best Places To Live In The World: Top 8 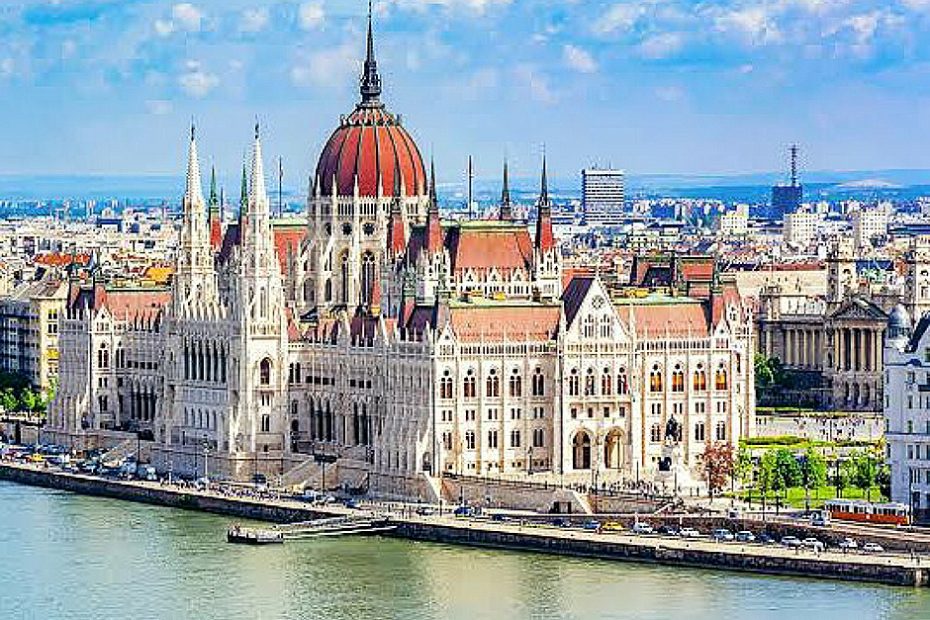 Best Places To Live In The World: For many reasons, some places are more favourable to live in than others. For such favourable reasons people would go as far as changing their nationality from that of their birth to the one of their choice. If you take a glance at some statistics you will see that some places are becoming overpopulated, yet it does not stop people from relocating to the space. And many developed and even underdeveloped countries have become more stringent at issuing their country visa to immigrants for residential purpose. And on the other hand, many immigrants would rather choose to become refugees and asylum seekers in their country of choice than be in a country that is not best for them.

A country is best to live in if there is political stability in the country and other factors such as safety, quality education system, economic stability, civilized atmosphere, quality health sector, technological advancement, employment opportunities, and affordable cost of living and so on. Here are the best places to live in the world.

Top 8 Best Places to Live in the World

1. CANADA: Canada having its capital as Ottawa is a country in North America. Canada is famous for its landmarks and historical wonders. It is one of the richest countries in the world, having a standard economy and offering a high standard of living. Canada entertains high level of civility. It is in fact one of the most civilized countries in the world. Canada is blessed with natural resources and beautiful sites. What is not good about Canada? The rate of unemployment is low, the education system and output is standardized. No wonder everybody wants to live in Canada. Canada has been ranked at the topmost for being a country that offers quality life in all angles. 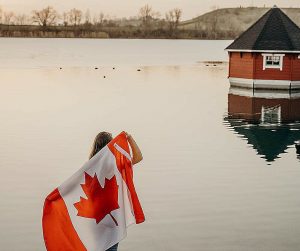 Which city has the best quality of life?

The health care sector receives one of the top investments from the state. The ratio of doctor to patients in Canada about 250 doctors to 100,000 patients, yet the country has not relented in training physicians and medical personnel. Canada as a country also offers varieties of social benefits to its citizens and residents. In the education sector, Canada is notable for offering free basic education coupled with the fact that the country records a number of top academic institutions in the world. The country qualifies as one with the most educated citizens. Canada is liberal country.

The country is open to changes and development, hence being the 4th country in the world to legalize same-Sex marriage. Canada is a practising democratic country. The crime rate in Canada is relatively low. It is a country with utmost regard to people’s right. The outdoor lifestyle is Superb. Canada has been consistently ranked the Country with the best quality life for a reason; the country gives you the best feeling of living. The best cities to live in Canada are Ottawa, Calgary, Toronte, Vancouver, Halifax, Montreal, Waterloo, St. Albert, Kingston, Charlottetown, Hamilton, Oakville, Regina, Brandon, Mississauga, Barrie, Moncton, Whitehorse Yokon, Edmonton, Saint John and so on.

2. SWITZERLAND: Here is a European Country that offers you the best reasons to live in. It is one of the best European countries to live in. The Organization for Economic Cooperation and Development (OECD) in the year 2021 ranked Switzerland at above average in their system particularly education, general well-being, housing, quality environment, security, Jobs and earnings, health, Wealth, Skills, work and life balance and social connections. All these are determinants of quality life in a country. 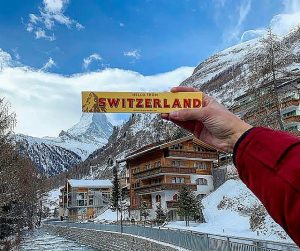 Best Places to Live in the World

Switzerland records a low crime society. Thus, the country is safe to live in and in fact one of the safest. Switzerland is a highly civilized country. The economy of the country is balanced, with low tax payment and better job opportunities. It is not a country with poverty rates even. The education and health care sector is standardized. It is in country where all things work. Switzerland in addition has beautiful natural landscapes and outdoor views. To get the best feeling of Swizterland you should check out cities like Zurich, Bern, Geneva, Basel, Lugano, Lucerne, Montreux, Zug, Chur, Locarno, St. Gallen, Zermatt, etc.

Recommended: Richest Baseball Players in The World and Their Networth 2022

3. NEW ZEALAND: New zealand is a country in Oceania with its capital as Wellington. New Zealand is another country that offers you the best sense of living. The country has an affordable cost of living, quality health care system and standard education sector. 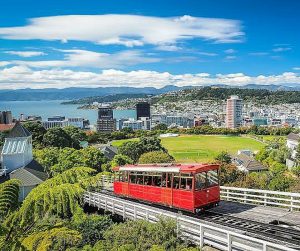 Best Countries to Live in the World

In the year 2021, New Zealand was ranked top 24 on health Care by the 2021 Legatum Prosperity Index. For the education sector, there are free education policies for permanent residents and citizens. The Country was ranked 10 on education in the world. New Zealand has beautiful natural sceneries and a vast untouched wilderness area suitable for views, hikes and relaxation.

Switzerland has a culture of farm local dishes. It is a very friendly and welcoming country. The best places to live in Switzerland are Queenstown, Auckland, Tauranga, Dunedin, Hawke’s Bay, Raglan, Wellington, Hamilton, Napier, Rotorua and Taranaki.

4. DUBAI: Dubai is a popular city in the United Arab Emirates (UAE) and the most populated. It is one of the most travelled countries in the world for holidays. The beauty and working system of Dubai is what attract people to it. The city has giant infrastructures, standard education and health care system. Dubai is a city with large tourist attractions and a multicultural environment. The city is as well considered one of the top safest places to live in. 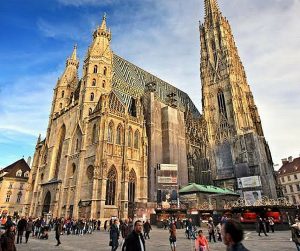 Most beautiful places to live in the world

The city houses people from across the globe with English Language as a widely spoken language, although not the native language. Dubai City is characterized by low crime rate, efficient shopping lifestyle, low cost of transportation, high salaries, efficient taxing, job opportunities, amazing weather and climate, civility and acceptance, and generally a high standard of living. Dubai has a vibrant social life. The city gives you the best sense of living.

Recommended: Football Players With The Most Trophies 2022

5. VIENNA, AUSTRIA: Vienna is the capital of Austria, a country in Europe. Vienna being the capital is the most populous city in Austria recording up to 3 million people. Austria is a very developed country, having been ranked the 14th richest. Its capital, Vienna is a centre of production and attraction. The economy is sound and the health care and education system is standardized. Vienna particularly, has very low crime rate and was ranked the 6th safest country in the year 2019 in terms of personal safety. 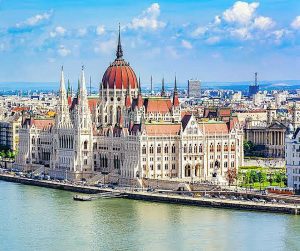 Cheapest and safest places to live in the world

Vienna is city that honours culture. The city is notable for its cleanliness, beautiful and historical infrastructures. The city has been consistently ranked for the 10th time in a row as the most livable city in the world. No wonder Vienna alone records about 50 percent of the immigrants in Austria. 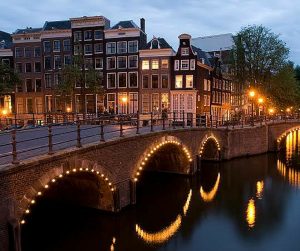 What are the best places to live in the world?

Budapest has beautiful landscape and outdoor views. The health care system is standardized and affordable. It is an amazing city to live in peacefully.

Recommended: Most Difficult Languages In The World To Learn

7. AMSTERDAM: The Capital of Netherlands is one of the most beautiful cities to live in the world. People who want to begin a new life consider Amsterdam at the top of their list. Amsterdam offers a quality life at a low cost of living, The Organization for Economic Cooperation and Development (OECD) has ranked Amsterdam at the top 3 for work and life balance. 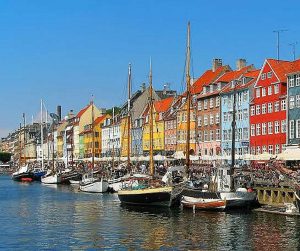 World’s most liveable cities for 2022

The city has better job opportunities, easy transportation, cultural histories and friendly environment. It is one of the most travelled cities in the Europe.

8. COPENHAGEN: Copenhagen is the capital of Denmark. Denmark is an amazing place to live ordinarily, and its capital takes the shine. The city has one of the most favourable working conditions in the world. The city offers high standard of living, high salary rates, personal safety and beautiful and clean environments. What more can a person want? Copenhagen is a very cool place with a guaranteed high quality life.

Recommended: Most Corrupt Politicians in The World

One can see that people are readily attracted to the places that give the best feeling of living, hence the increased rate of immigration in such countries and cities.