Dumbest Animals in the World (With Pictures): Top 10 Stupidest 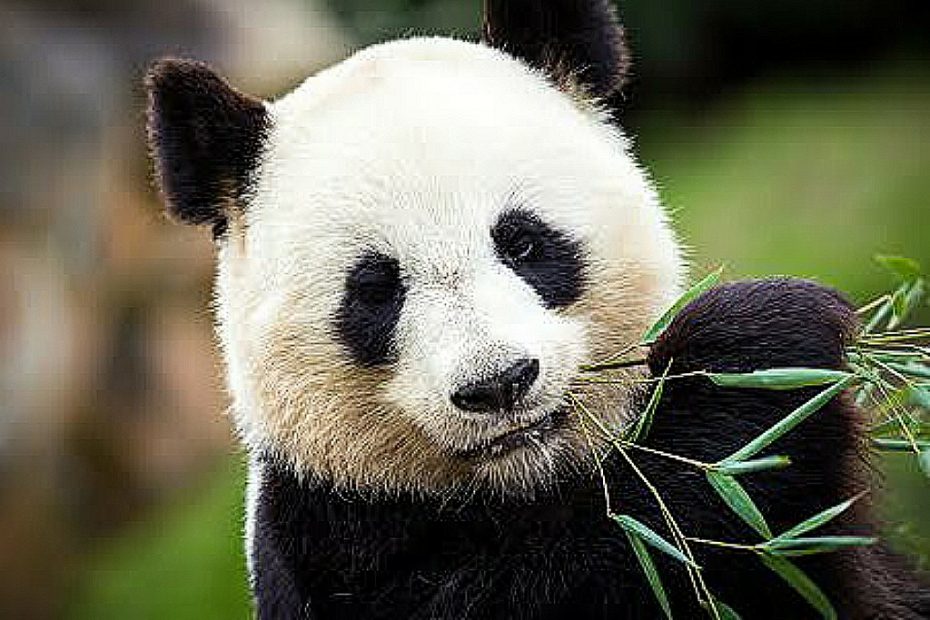 Dumbest Animals in the World: Animals are unique creatures which makes the world a better place as Humans keep some of them as pets, use some to process raw materials, preserve some, explore some, and are entertained by others. There are various species of animals and more so really crafty and intelligent ones which makes you wonder whether such an animal is a human being due to behaviourial pattern and intelligent actions.

Likewise in the same vein, there are some other animals which behave irrationally or act in a silly manner. These animals are what we refer to as Dumb animals and this Article seeks to examine these dumb animals and the reason why they are being considered dumb.

Recommended: Smartest Animals in the World and Why

For Clarity, a Dumb Animal is an animal in lacking intelligence or with the requisite intelligence, but displaying stupid or dull actions which are detrimental to it’s survival or continued existence. There are couple of animals which can conveniently fall under this category, but let’s consider a few.

Top 10 Stupidest and Dumbest Animals In The World

1. GOBLIN SHARKl: Sharks are generally one of the most feared seas creatures as they’re instinctive killers well aware of their surroundings and capable of displaying complex behaviours and having a good memory. There are various types of Shark including but not limited to: Blue Shark, Whale Shark, Tiger Shark, Basking Shark, and Goblin Shark. The later Goblin Shark does not express the same behavioural pattern of other sharks and is therefore ranked as one of the dumbest sharks. 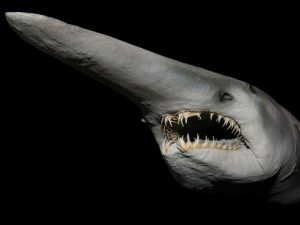 stupidest animal in the world

A Goblin Shark is a Specie of deep sea shark well found in deep, dark, and icy oceans and more specifically across the Pacific, Atlantic, and Indian Ocean. The Goblin Shark is considered as one of the dumbest sharks as unlike other sharks it’s flabby body and short fin makes it really slow, sluggish, and lazy as it doesn’t hunt for it’s prey or food, rather it waits for such a prey to approach it.

In addition to it’s laziness to hunt for prey, the Goblin Shark could be an easy prey to other predators due to its irrational actions and how it settles at a place. These behaviour of the Globin Shark makes it one of the dumbest sea creatures and animals on Earth.

2. SLOTH: A Sloth is a tree dwelling Mammal which is usually found in Central and South America. It is notably known as a really sluggish Mammal with an extremely low metabolic rate. A Sloth is considered as one of the dumbest animals as they spend most of their time sleeping. 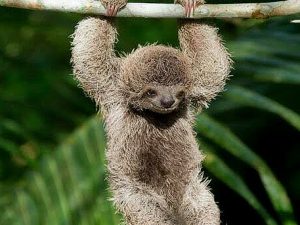 What is the dumbest bird

Thus, they’re good for nothing, contributing nothing to themselves, other creatures, and human existence. The only time they leave their sweet sleep and the tree their which is their Natural abode is when they want to go for a quick trip in the shrugs for a bathroom break, but in this process some of the baby sloths see their own limbs as tree branches, and when climbing fall and die.

3. KAKAPO: Kakapo is a nocturnal, flightless, lek breeding parrot usually found at New Zealand. It is often identified as an owl Parrot Bird, and it is equally identified as one of the dumbest birds in the world as they are not good at reproduction. Hence, leading to endangerment of the specie. 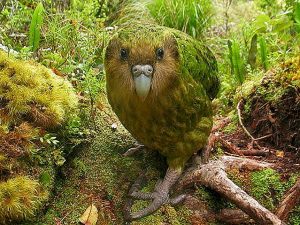 Dumbest Animals in the World

Additionally, the birds like to feed on berries which grows once every four years which is quite crazy, and funny enough when the birds see predators it freezes instantly due to fear, instead of trying to escape to save their lives. It rather freezes and becomes a good meal for a Predator. All these particularly the last makes the Kakapo Parrot a bird lacking in intelligence, knowledge, experience, and one of the dumbest creatures.

4. PANDA BEAR: The Giant Panda Bear is a cute white and black polar animal well found in thick bamboo forests and high mountains in Asia. Despite their attractive shape and colour, their behaviour is not attractive as the female Panda’s kill their own babies. 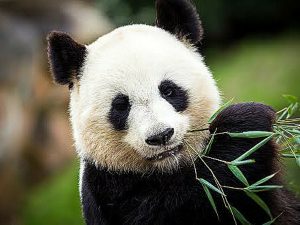 What is the world’s stupidest animal?

Additionally, they are Selfish, Careless, Lazy, and Sleepy. These sums up their really dull and irrational behaviour.

5. TURKEY: While you may not have had direct contact with any of the aforementioned animals, you must have definitely seen a Turkey or likewise eaten it’s meat. Turkeys are often kept as a pet or reared most at times for consumption. 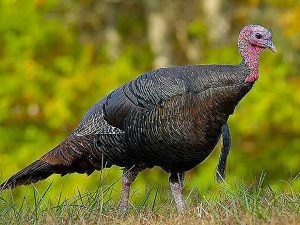 Hence, it is one of the most domesticated animals and likewise one of the dumbest as they suffer from tetanic torticollar spasms a condition which makes them stare up into the sky when rain is falling, an action which could kill them. While a Turkey is considered relatively intelligent, some of the actions it displays proves otherwise.

6. JERBOA: Jerboa is a Hoping Desert Ray usually found in Asia and North Africa. Jerboa’s are relatively fast and adapt to living only on desert by burrowing which helps them to escape heat by living underground in the hot deserts and also escape cold of the winter in a cold desert. 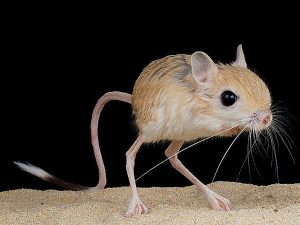 What is the stupidest animal in the world

While a Jerboa can adapt well to its environment using these two mechanisms, it doesn’t know how to survive as it experiences difficulties in sourcing for their own food which is usually plants and sometimes animals.

Also, assuming that a Jerboa sources for it’s own food, it is not good at storing such food. Additionally, a Jerboa does not know how to protect themselves against Predators as their only mechanism of protection is a side by side hop in a Zig-Zag pattern to confuse their Predator, but sadly this does not seem so effective to give them the necessary protection they need against their Predator.

Recommended: Most Beautiful Animals In The World 2022

7. KILLDEER: A Killdeer is a large plover bird usually found in America and it is considered as a largely dumb animal as it always make a shrill scream all the time, an occurrence which automatically attracts Predators. 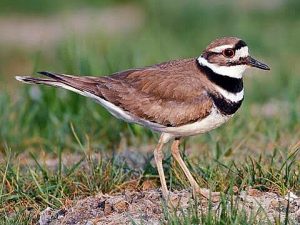 What is the dumbest bird in the world

Thus, making the Killdeer a walking prey for Predators and upon it’s attraction of Predators, a Killdeer does not have the power to protect itself as it does not have a flight insight unlike other birds and when predators approach they do not try to run away, but instead Stand still and Bob up and down like they have hiccups. Sadly, this does not seem to protect them in anyway possible. On the flip side, their only source of protection is running into their nest, but stupidly a Killdeer usually builds their nests on the ground. Thus, making it even easier for predators.

This fact that Killdeers attracts Predators and cannot even protect themselves when a Predator finally arrives makes it a really dumb animal.

8. KOALA: Koala is a tree dwelling and climbing bear which is a member of the group of poveted mammals called Marsupials often found in tall eucalyptus forests in Australia, and they feed on Eucalyptus leaves but however experience difficulties in digestion.

Koala has one of the smallest brain to body Ratio and it seems as if their small brain increases their dumbness as they are lazy, always sleeping, and unhygienic. It was reported that 90% of Koalas have Chlamydia a disease which spreads through sexual contact and having unprotected vaginal sex, and it is also reported that some Koala’s fail to recognize it’s own food. Thus, making it to often starve to death.

9. SQUIRREL: Squirrels are small sized rodents which are found in Africa, Europe, and Australia. It is said to be one of the most agile and Intelligent rodents as it has a good memory and quick learning abilities, but this Rodent is still a cleverly stupid animal as it is a bit careless with it’s own life as they can comfortably run in front of a fast moving vehicle.

Also, it does not react promptly to difficult situations. When a Squirrel feels scared and threatened, it becomes motionless and standing still to avoid Predators attention and this is not often effective.

Also Squirrels particularly Reed Squirrels have difficulties in remembering where they stored their food. Hence, making it a wasted effort for them in hunting for their food and burying it in all kinds of places to save for Winter.

Also see: Most Influential and famous people in the world currently

10. JELLYFISH: A Jellyfish is a free swimming Plankton animal with an umbrella shaped bells known to exist in the Ocean for millions of years now. It also exists as one of the dumbest animals in the World as it has no Brain or IQ level.

Thus, it cannot process information and only functions with it’s sensory organs and nerve at the base of their tentacles which detects Stimuli, Temperature, Salinity, and ensure authentic reflexes to stimulus as allowed by their neutral net which is also responsible for their swimming and eating. The fact that a Jellyfish does not have a Brain makes it one of the dumbest animals in the World.