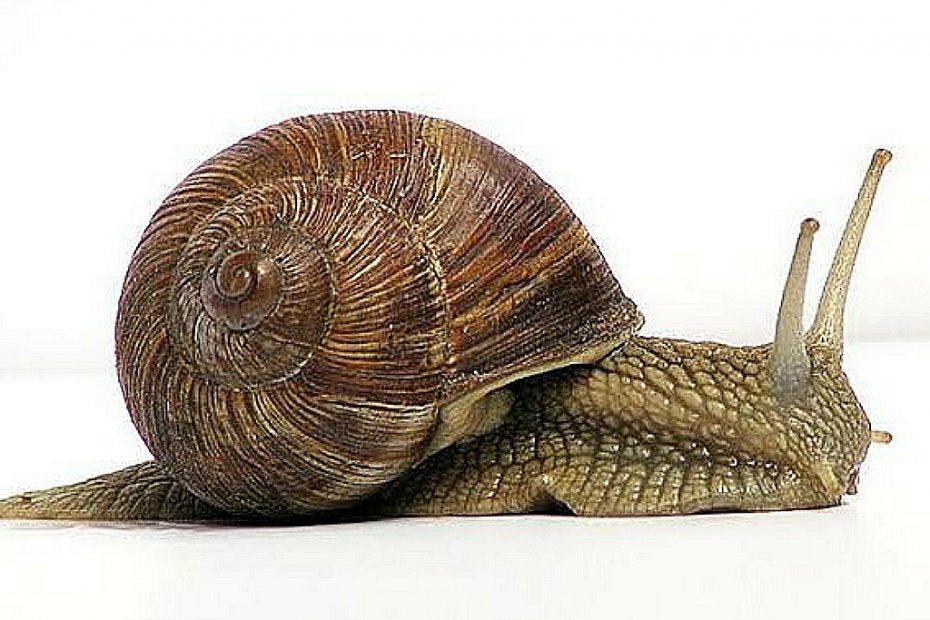 Slowest animals in the world: I’m sure you have seen or heard of some animals who’s names are synonymous with idolness, or others that have slow or creeping as part of their name? I have, and if you haven’t, you’re going to be seeing some of them here. Oh, not just the tortoise, there’s one that has a mouth and also a bottom as one part. Take a look.

Slowest Land and Sea Animals in the World

1. The three-toed sloths: They are arboreal animals that are members of the genus Brdypus and the family Bradypodidae. They exist of the Kingdom Animalia and the order Pilosa. These animals barely move due to their very low metabolic rate. They feed on leaves and twigs, but then they eat very little, blame their metabolic rate again. Their digestive system is also very slow. On the ground their top speed is about 2.4 meters and on their arboreal habitat they can move up to 4.6 meters per minute. They move so slowly that they have algea growing on their body, giving them a green thinge. 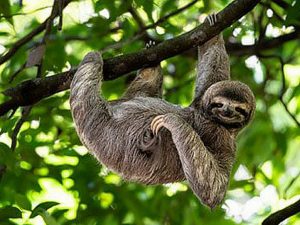 slowest animals of the world

These slots are said to be endangered due to the destruction of their habitat, the red-mangrove trees. There are said to be less than 100 three-toed sloths in the world, and they are confined to Panama.

Recommended: Most dangerous dogs breeds in the world

2. Garden snail: Garden snails are land snails in the family Helicidae of the order Stylommatophora. Garden snail are very commonly known that most times we see them in our houses. Garden snails are very slow animals and move at a snail speed of 1/2 inch (1.3 centimeters) per second. Garden snails move with the muscular contraction of their one, boneless foot, releasing mucus to prevent friction and to lubricate their path.

What is the slowest animal in the world 2022

Garden sails actually have no need for speed as their meals range from water to green grasses that can be gotten in their immidate environment. Another of their unique features are that they hibernate and, contrary to public opinion, can be eaten but only after being cooked or fried properly.

3. Starfish: Starfishes belong to the class Asteroidea and Kingdom Animalia. Starfishes are also known as Seastars and are known for their unique starlike appearance. In essence, this appendages contain many tube feet on the bottom but are hard on top. Despite having numerous tubefeet underneath their hard body, star fishes don’t move very fast. Starfishes move at one yard per minute. They are so slow that at times they have to use the oceans current to move forward. 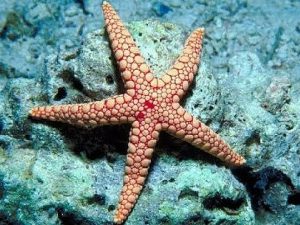 Another interesting fact is that starfishes are one of the most diverse species in the world, boasting about 2,000 different species. Starfishes also have no blood and brains, and are virtually immortals: if you cut a star fish into two then a new starfish will grow from the cut starfish.

4. Giant Tortoise: This animals don’t move more than a couple of kilometers per day, this explains their lifespan of up to 150 years. The Galapagos can live for 150 years or more and the oldest living giant tortoise, Jonathan, is over 160 years old. 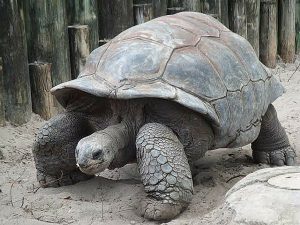 Slowest insect in the world

The giant tortoise has very heavy body parts and a very heavy shell and have the ability to live for a year without drinking or eating.

5. Banana Slugs: This are the cousins of the garden snails because their methods of movement are very similar. While garden snails can be found anywhere, banana slugs are mostly found in North America and comprise the genus Ariolimax, of the phylum Mollusca and the Family Ariolimacidae. 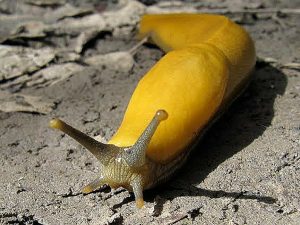 They have the regular colour of bright yellow, and are usually found in a curved position, which gave them the name banana slugs and may also be greenish, brown, tan, or white. Banana slugs are really slow because they propel themselves forward on one foot. By using glands on their foot they secrete dry granules of mucus which then absorb surrounding water to create slime that helps them move forward. They also have a mucus membrane that helps them create slime they can use to make long ropes to come down from greater heights.

Other interesting facts about the banana slugs are that they are not supposed to be kissed. Here’s the thing, people usually say that you should kiss a banana slug in other to have good luck, but if you do that you can kill it and kill it fast. Your mouth contains bacteria that may not be harmful to fellow humans but even the mildest peck can transfer harmful bacteria to the slugs organs, thereby killing it. But if you want to kill a banana slug then the kiss of death would be enough to send it to it’s early grave. Again, banana slugs contain horrible chemicals that can numb the tongue, that’s why other animals in the wild don’t go through the trouble of eating them, so if you want to kiss then be careful.

6. Slow Loris: are slow animals that are deliberately slow and from the Family Lorisidae, the Genus Nycticebus, and the order Primates. Slow Lori’s are slow for a deliberate reason, and that reason is to hunt. The Slow Lori’s will move slowly, reading only about 1.9 kilometers per hour at maximum speed, and will strike within a few seconds to catch prey. Slow Lori’s are in fact hypocrities to the world of slow animals. 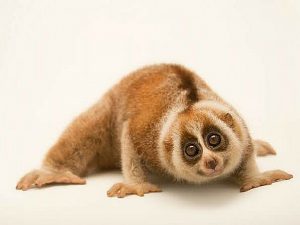 Which animal is slowest in the world

Another unique fact about the slow Loris is that it is illegal to keep the Slow Lori’s as a pet in some countries as their bites have been said to be extremely painful and can cause illness or even death to humans.

Also see: Smartest animals in the world aside from humans

7. Sea Anemone: this is a very slow and colourful aquatic organism with numerous species. They are predators under the order Actiniara. Due to their colourful appearance, they are named after the anemone, a terrestrial flowering plant. They belong to the Phylum: Cnidaria and the scientific name Actiniara. 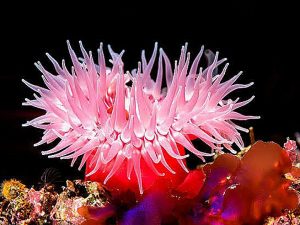 Slowest thing in the world

Generally, this organisms stay at a place but will move only due to unfavourable conditions or when they see a good fish they can snack on. They move with the help of a disk underneath them and use mucus secretions from same disk to attach themselves to rocks and other places. They move at a pace of 4/5 inches per hour or one centimeter per hour.

Another amazing fact about the sea anemone is that their mouth is also their bottom.

Some creatures from time immemorial are not in a hurry and don’t have a need to, right from the way they eat, to the way they hunt, and to the way they run away from predators, this animals have evolved to have no need to rush. They have developed unique features that make them do this things slowly, without them having to move fast at all, some of them moving only a few centimeters per day. If you enjoyed this article do well to tell about your best animal below, or if you think I missed a name or two, then let’s discuss.