Home » Legal Articles » Process Of Impeaching A President In Nigeria

Process Of Impeaching A President In Nigeria 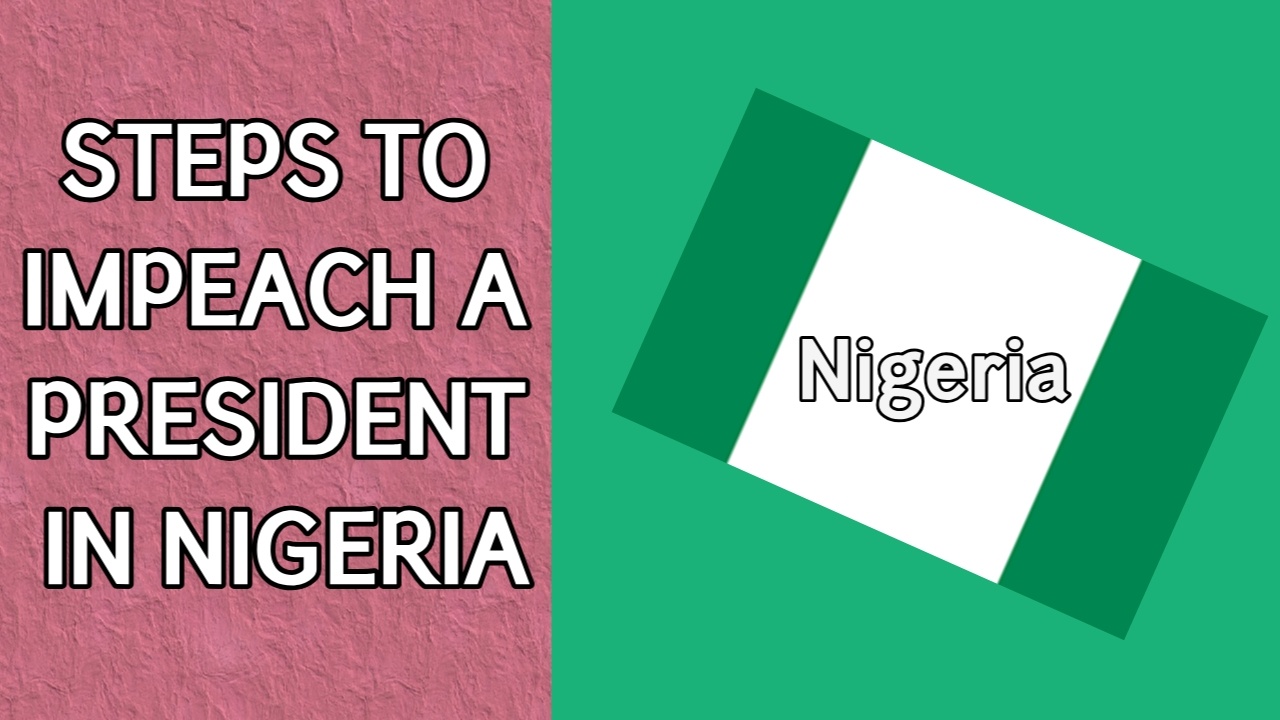 It may be very difficult to actualize due to corruption, nepotism and tribalism but it is possible. Therefore, in this article, i will explain the step by step process of impeaching a president in Nigeria. I advise you not to skip any paragraph in this article because every single thing contained here is very important. 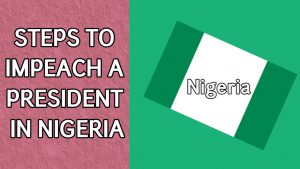 process of impeachment in Nigeria

Pillars of democracy: Major pillars of a democratic state

Causes and effects of corruption in Nigeria

The 1999 constitution in its section 130 provided for the office of a president who shall be, the head of state, the chief executive of the federation and the commander in chief of the armed forces. Before a person can assume the office of the president, it is compulsorily required of him to: (a) be a citizen of Nigeria by birth; (b) have attained the age of 40years; (c) be a member of a political party and sponsored by such party; (d) have a school certificate or its equivalent.

An elected president in Nigeria is statutorily required to vacate his office at the expiration of his term, which is four years as provided in section 135(2) of the constitution. However, there are other instances in section 135(1) of which he will be required to exit his office such as: (a) when he dies whilst holding such office; or (b) the date when his resignation from office takes effect; or (c) when there is a resolution passed by a two-third majority of all the members of the executive council of the federation, stating that the president is incapable of discharging his functions because of medical issues.

Such declaration or resolution will be verified by a medical panel and the report submitted to the president of the senate and the speaker of the house who shall publish it in an official gazette, then he ceases to hold office. He shall also leave off before the expiration of his tenure if he is impeached.

process of impeaching a president in Nigeria

Procedure for impeachment in Nigeria

Impeachment proceedings are regarded as one of the functions of the principles of check and balances used as a containing tool to check the excesses of the executive heads and to ensure that the executive adheres to the wording of the constitution.

Step one: The first steps in the process of impeaching a president in Nigeria is the signing of a notice of any allegation (by the president) in writing by not less than one-third of the members of the national assembly, stating that the holder of the office of president is guilty of gross misconduct in the performance of his functions with the details of the misconduct clearly stated.

Step two: After the sign of the notice of allegation, the president of the senate shall within seven days of the receipt of the notice cause a copy thereof to be served on the holder of the office and on each member of the national assembly, and shall also cause any reply to the allegation by the office holder if any, to be served on each member of the national assembly.

Step three: Within fourteen days of the presentation of the notice to the senate president whether or not any statement was made by the holder of the office in reply to the allegation or not, each house of the national assembly shall resolve by motion without any debate whether or not, they shall investigate the allegation.

List of Nigerian governors that was impeached from office

Step four: If the motion that the allegation should be investigated is passed by not less than a two-third majority of the members of each house of the national assembly, then the investigation will proceed.

Step five: Within seven days of the passing of the motion by the two-third majority of each house, the president of the senate shall request the chief justice of Nigeria to appoint a panel of seven persons of unquestionable integrity, not being members of any public service, legislative house or political party to investigate the allegation.

Step six: The holder of the office (president) whose conduct is being investigated shall have the right to defend himself in person or be represented by a legal practitioner of his choice before the panels, which shall within three months of its appointment, report its findings to each house of the national assembly. This ensure his right to fair hearing before impeachment.

7 major Critisms of Democracy in Nigeria

Original jurisdiction of the supreme court of Nigeria

Step seven: If the panel reports to each house of the national assembly that the allegation has not being proved, no further proceedings shall be taken in respect of the matter.

It is important to note that after the impeachment, No proceeding or determination of the panel or of the national assembly or any matter relating to it shall be entertained or questioned in any court. However, recent court cases have established that the clear position of the law is that the courts are empowered to determine the legality or otherwise of the process leading up to the impeachment of the elected official in order to prevent arbitrary impeachments. 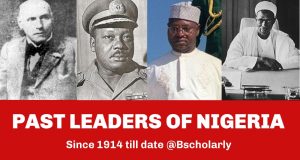 Steps for impeaching a president in Nigeria

Consequences of impeaching the president

Once the president is impeached, he vacates office immediately.

The office of the president will immediately be passed to the incumbent vice president who will take the oath of office.

Once the president is impeached, there cannot be any judicial challenge of the decisions of the national assembly.

A president who is entitled to receive pension which is equivalent to the annual salary of an incumbent president loses such benefit when impeached.

So far, i have discussed the processes involved in impeaching a president in Nigeria and the consequences of doing such. Based on history, attempts to impeach many presidents ended half way. Currently, Nigeria has not had any case of a president who was impeached successfully.

In my opinion, this is due to the high rate of corruption eating up the country. Apparently, even if a notice of allegations is put before a president in Nigeria today, it will most likely not succeed because of tribalism, nepotism and favoritism in politics.