Home » Scholarly Articles » Smartest Animals In The World (With Pictures): Top 8 Most Intelligent

Smartest Animals In The World (With Pictures): Top 8 Most Intelligent

Most intelligent and Smartest animals in the world: The word animals evokes a savage sense of beasts eating in an abandoned field, chasing each other, making silly noises or lying in wait for humans in order to harm them. However, we tend to study some of them, live with them and even learn from them, what makes that so?

There are some unique characteristics that this animals possess that makes us so curious as to their behaviour and way of life, and this characteristics are known as smartness. Smartness can simply be defined as the ability to comprehend and learn from previous experiences and actions. This smartness is usually equated to that of humans and, when placed side by side in comparison, can be measured and graded.

Recommended: Top 10 Most Fearless Animals in the world

Top 8 Smartest and Most Intelligent Animals in the World

Below are some animals that possess this unique quality:

1. Chimpanzees: It’s no surprise that chimpanzees are the smartest animals in the world, after humans. From time immemorial, Chimps have impressed humans beyond measure, and this has contributed to our continuous study of them. Here are a some of the incredible things that chimps can do: 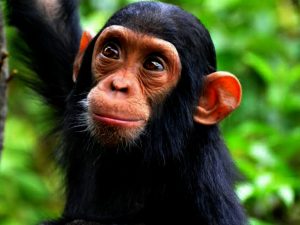 a. Chimapnzees can read sign languages and remember it perfectly: Chimapnzees have been taught to use sign language. If you teach them the name sign for a particular individual, they would remember it for years to come. Chimpanzees can also remember signs that represent things from pictures by merely looking at it for awhile.

d. Chimps are coordinated in problem solving and learn through example and experience: Chimps have been observed to have a step by step process to making tools, cracking nuts with stones and not their hands and checking for dangerous objects on tools they would like to use. They can play with objects in the particular way humans do(eg YO-YO) and solve puzzles.

Also see: 10 Most Dangerous Dog Breeds in the World

2. Dolphins: Dolphins are marine animals known for their fast sprinting, unique noise and playful attitude. There are over fourty species of dolphins and they have all been observed to be intelligent. This is maybe due to their large brain. Some of their unique abilities are as follows:

a. Dolphins display culture: different species of dolphins behave in different ways; they have unique moving patterns and communicating sounds. 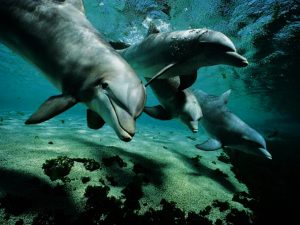 What is the second smartest animal in the world

b. Dolphins recognize themselves in the mirror: only killer sharks and dolphins have been seen as the aquatic animals that can do that.

c. Dolphins are capable of learning and obeying instructions: The U. S navy have trained dolphins to find explosive mines underwater.

d. Dolphins display good teaching and mimicking skills: Baby dolphins stay with their mothers for long. This mother’s then train their children in all the dolphin movements peculiar to their culture. They can also be trained by humans and used for shows in events and aquatic parks.

e. Different species of dolphins have unique languages associated with them: just like humans dolphins communicate, but also have unique communication patterns and langaues they use for their species.

Recommended: Most Dangerous prisons in the world 2022

3. Dogs: Commonly known as man’s best friend, dogs are known to be always around humans. Not just because they are not agressive towards us but the love is mutual. They see humans as part of their family and would easily defend a random human being that wasn’t their owner from an agressive animal or person. Dogs make eye contact and in the process form special bonds with humans. They are seen as very intelligent animals because of the following characteristics: 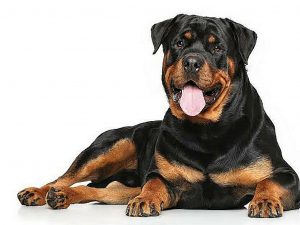 a. Empathy: A dog would treat a fellow dog just like a human would treat a fellow human, and would reciprocate this behaviour to humans. A dog would mourn with you, celebrate when you do and rush out to greet you when you are back home. If you scold a dog it would sit at a corner and whine, and if you celebrate it it would stick it’s tongue out, shake it’s tail or turn in circles and attempt to hug you. Dogs also take action steps towards solving your problems, and have been reported to rescue humans from deadly situations numerous times. 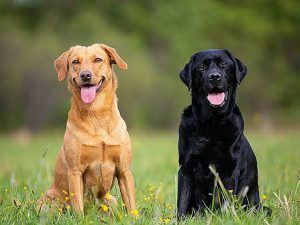 Bravest animals in the world

b. Dogs understand both straightforward and symbolic language: Dogs react to human voices, and if repeated over and over again, they would do the same thing. Dogs can understand over 100 human words. According to a paper published in The Behaviour Processes Journal a Boader Collie was trained to learn over a thousand words.

c. Dogs have a good memory: compared to cats and elephants, dogs may not remember someone for years, except if you’re their owner. But they would adapt to someone’s entering their owners house. Such that if you were to visit a friend the first time their dog would bark at you numerous times, the second time may turn out the same way, but a third and fourth time and the dogs wouldn’t even look at you.

If you were bringing goodies for them they may start to shake their tail when they see you, this signifies love and trust. Anyway, their receptive attitude is subject to whether the owner of the premises received you favourably.

Recommended: Reasons why Lion is the King of the jungle

4. Elephants: I’m sure you could almost guess why elephants are on the list. Just like their body mass they also have a really large brain. The human brain and the elephants brain are similar in this respect: the cortex of an elephants brain has as many neurons as the human brain. From research, elephants have been seen to be exceptionally intelligent creatures. 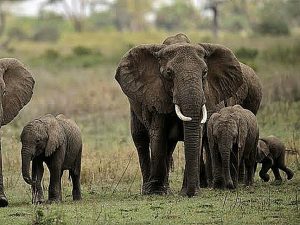 most intelligent animals in the world

Here are some of the few interesting findings about elephants:

a. Elephants have an incredible memory: they know the routes to areas where they have been years ago, such as: watering holes where they drink from and have abandoned for years, when they need it, they go to the exact location. Elephants form close bonds with companions that they meet long ago, in their youth or their very young age, and they have friends, often hanging around those that aren’t close relatives.

b. They can use tools to their advantage: Elephants have been known to use tools to scratch themselves, have been observed digging holes to reach water, and stacking up rocks to reach fruits they couldn’t otherwise reach.

5. Parrots: The word parrot have been used by humans to describe someone who is a talker, because that’s what the parrots are known for.  Parrots are birds of more than 300 species, found in subtropical areas and are known to speak in various contexts in any language of your choice as far as they have heard it. This is one of their numerous unique features that makes people consider them as very intelligent animals. Others are:

a. Parrots can communicate with humans in their own language: Parrots, especially the African grey parrot, can learn an array of human words and use it to communicate with people. Even though they may not be coherent but what they usually do is that, if they have caught you saying some particular words they would use those words whenever they see you. This also signifies that they have a sharp memory. 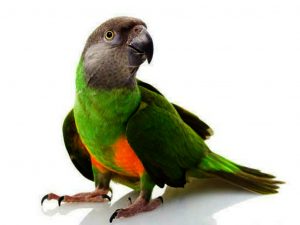 What are the smartest animals in the world, and how do we know

b. Except if they have been trained from birth to stay in a cage, parrots are hard to capture: unlike pigeons and some other species of birds, parrots are known to have the ability to escape from cages. This is because they follow their instincts and their instincts says that they should always be free and flying about like birds, so that’s exactly what they do.

6. Orangutan: The great apes are thought to be the second-smartest species after humans. Humans are naturally biased in this way, but it’s hard to argue that great apes are intelligent. We do, after all, have DNA that is 96% identical. In terms of intelligence, orangutans distinguish as being particularly brilliant. In reality, they can balance benefits and costs while transferring things, just like people can. 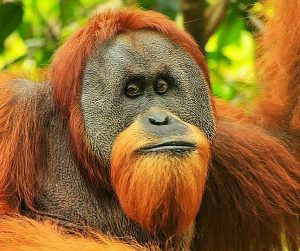 Many orangutans have been seen utilizing tools in the wild, and they have a strong population and communication system. The fact that these socially cohesive and clever creatures dwell in far apart communities could be the reason for their superior cognitive abilities. Females spend many years raising their young and educating them on how to live in the jungle.

Also see: Differences Between A Tailor and a Fashion Designer

7. Crow: Similar to pigeons, crows are another extremely intelligent animal species that have served as messengers. When engaged in conflict with other animals, they can use complex group tactics such as flanking moves. Crows have a strong memory and can even learn to speak. Crows have been observed changing their migration routes to avoid hazardous places, according to researchers. 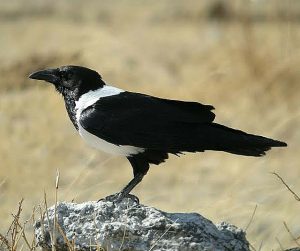 Most Intelligent Animals On Earth

Crows are the avian species with the greatest brains, and they have demonstrated the ability to identify human faces. Despite obviously lacking hands and arms, they can also use tools; in fact, the New Caledonian crow can construct a knife to more readily remove leaves and grass. The same species also use a hook and line to access food sources that are out of reach.

8. Squirrel: Because of this animal’s unwavering perseverance and outstanding memory, gardeners across its enormous territory fear it. Researchers believe that most squirrels exhibit a high level of cunning and intelligence as seen by the astonishing variety of tricks and survival tactics they use. To begin with, these cunning beings are simply woodland animals that have adapted to coexist with humans. They eat from bird feeders, flower beds, and any other food that may be laying around. 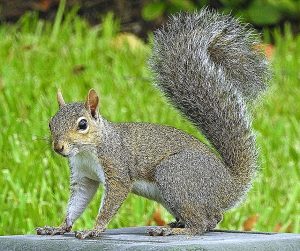 Which Animal Is the Smartest?

The “spatial chunking” method is used by tree squirrels to organize their nut pile by size, type, and maybe nutritional value and taste. They can now find food more easily when they get hungry. They might even cache and store food for times of famine, only to find their hidden treasures months later.

Researchers are continually astounded by nonhuman creatures’ intelligence. The way we approach and interact with nonhuman species in our daily lives is challenged by our growing understanding of their intelligence and capabilities. These findings naturally raise the question of whether an animal with intellectual development should live its entire life as a pet in a cage.