Exceptions to Foss v Harbottle: Fact Summary and Judgment in the Case 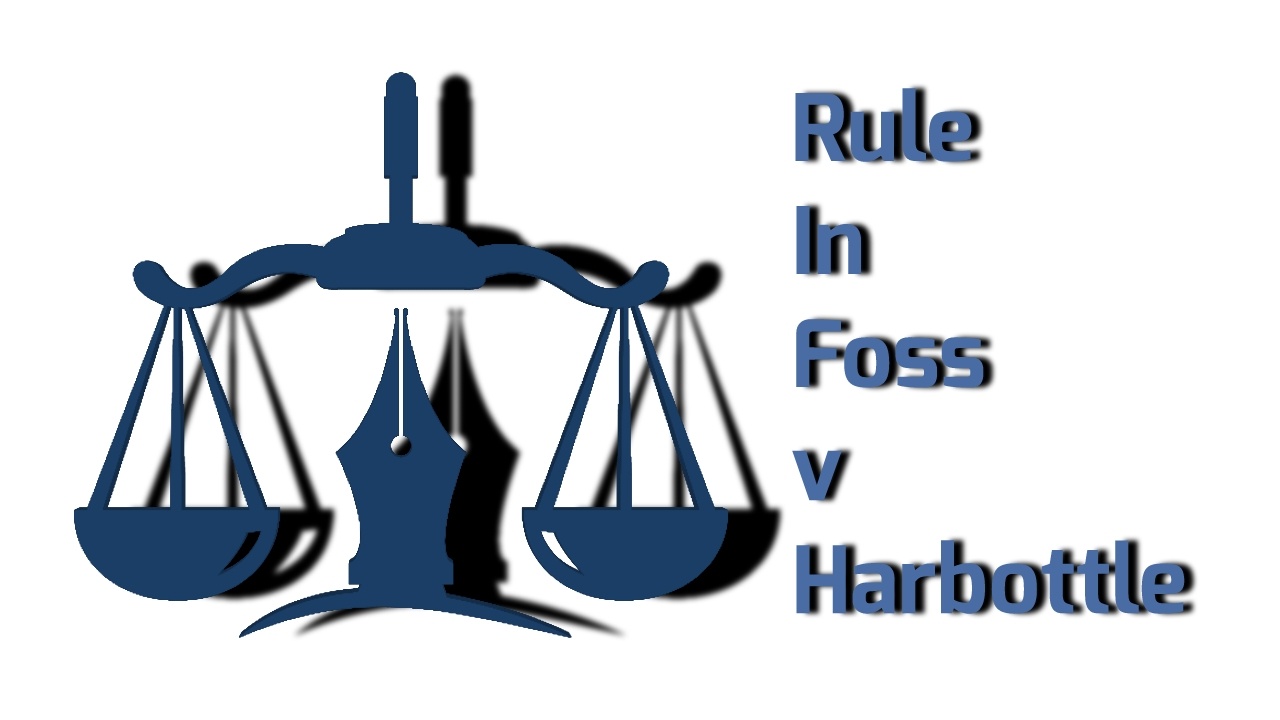 Exceptions to Foss v Harbottle: “The majority have their way but the minority have their say” is a popular statement that accords with democratic principles. The statement is to the effect that in an organization where democracy reigns, the views or decisions of the majority will hold sway, the views or dissent of the minority notwithstanding. It is usually used in corporate governance or in the administration of Trade Unions where decisions are expected to be taken by a collection of individuals and not just a sole individual. Therefore, for there to be proper and smooth running of the internal affairs of an organization or company, this democratic principle of majority rule is a desideratum.

It is in the light of this that the rule in Foss v  Harbottle  was developed to guide the internal administration of a corporate body or organization. The case is a locus classicus in English Company Law as it deals with corporate governance. 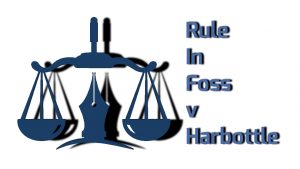 The Rule in Foss v Harbottle is synonymous to corporate sovereignty and majority rule in Company Law. The rule as espoused in the case is to the effect that where a company suffers losses due to the negligent or fraudulent act of some of its directors or members, only the company can bring an action with respect to such acts. Thus, where the company refuses to institute an action, or the majority of the members of the company have resolved not to institute proceedings, an individual or a minority can not bring an action claiming losses for that suffered by the company.

The brief fact of the case is that a company, the Victoria Park Company, was set up to buy certain parcels of land and transform the land into a Park in Manchester. The company was later incorporated by an Act of Parliament in which the company was to lay out and maintain ornamental Parks in Lancaster. It was alleged by two minority shareholders (the plaintiffs) of the company that the company’s assets had been misapplied and its property improperly mortgaged. Hence the two shareholders brought an action against the five directors of the company (defendants) to make good the company’s losses.

Fact Summary, Issues and Judgment of Court In Foss and Harbottle

Also see: Exceptions to the rule in Pinnel’s case

The issue for determination in the case was whether the two minority shareholders of the company had the locus standi (capacity) to sue on behalf of the company, compelling the majority to make good the losses of the company.

Judgment of the court in Foss and Harbottle

The Court of Chancery, per Wigram VC, in dismissing the suit by the minority shareholders held that the company was a separate legal entity from its shareholders and as such such, no individual shareholder can bring a suit against the company. The company, by virtue of the fact that it has a separate legal entity from its members is the only one that can sue where it has suffered losses or damage and not the individual. This is because it was the company that suffered the loss and not the individual.

Also see: Process of law making in Canada: See How laws are made

Rationale for the rule In Foss and Harbottle

The reason behind the rule in Foss v Harbottle is anchored majorly on four principles namely:

a. It acts to prevent multiplicity of suits over similar incidents arising from the same set of facts, as if every individual shareholder is allowed to sue over any perceived wrong done to the company, the company will be exposed to so many suits;

c. It logically accords with the doctrine of separate legal personality of the company as only the company can sue where it has suffered a loss. This is because it was the company that suffered the loss and not the individual member or shareholder; and

In the case of Edwards v Harliwell, the Court in stating the reason for the rule held inter alia;

The above dicta of the court succinctly summarized the rationale behind the rule in  Foss v Harbottle.

Exceptions to the Rule In Foss v Harbottle

The strict application of the rule occasioned hardship on minority members of a company who had genuine grievances. The majority were at liberty to do whatever, how ever, and whenever they wished without regard to the overall interest of the company. To curb the excesses of the majority members, several rules were made as exceptions to the rule in Foss v Harbottle. These exceptions became known as minority protection in corporate governance.

Exceptions to the Rule In Foss and Harbottle explained

Must read: How to read and understand faster than before

In Cotter v National Union of Seamen, the plaintiff had complained that a certain special general meeting was illegally convened and that the resolutions passed at that meeting be declared invalid. It was decided that where irregularities are committed in the convening and conduct of a meeting at which the resolutions complained of where passed, the matters could be regularized by the passing of fresh and effective resolutions. Thus a minority can sue to compel the company or organization to follow due process in the conduct of its affairs.

3. Where the act complained of Constitutes a fraud on the minority and it also infringes on the individual members’ personal rights: If the action constitutes a fraud against the minority and those who are to remedy the fraud are the ones in control of the company and they are likely not to sue; or they are the alleged doers of the act, and will not allow an action to be brought in the name of the company, the minority can sue to enforce such rights in their own names.

Again, if the act complained of infringes on the personal rights of the individual, he can sue to enforce such rights.

4. Where the directors are likely to derive benefits or actually benefitted from their own negligence or breach of duty: If the directors of a company negligently do an act or are in breach in the performance of their duties, and they are likely to benefit from such negligence or breach of duty, the minority can bring an action to stop them from deriving any such benefits. Thus, they will be barred from benefitting from their own wrongdoing.

The Rule in Foss v Harbottle combines the doctrine of separate legal personality, statutory contract, internal management principles and the principle of majority rule into the procedural rule of locus standi. The rule stands not to interfere with the internal workings of an organization. However, the strict application of the rule caused hardship on minority rights, hence the various exceptions developed to mitigate the hardship imposed by the strict application of the rule.

1 thought on “Exceptions to Foss v Harbottle: Fact Summary and Judgment in the Case”