Most Famous & Notorious Criminals in History (With Pictures): Top 10 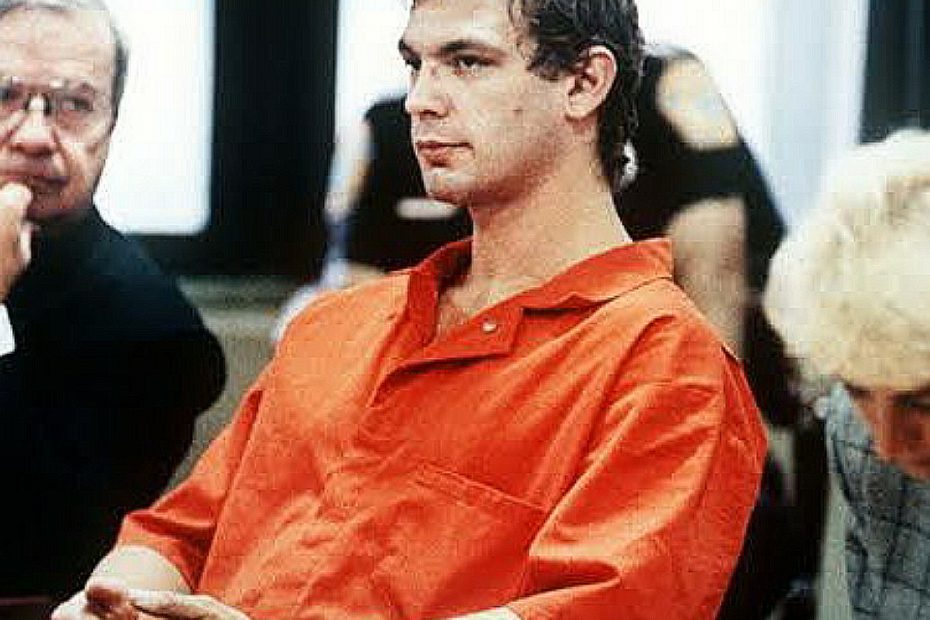 Most Famous & Notorious Criminals in History: The most legendary criminals in history grab our collective imagination for stretches of time that last long after they are no longer with us. Through novels, movies, and television, we preserve them (coincidently) in our society, ensuring that there will be more in the future. These notorious criminals rank right up there with the founding fathers as some of the most known figures in history.

Criminals with a reputation for notoriety may include gangsters, serial killers, cult leaders, and bank robbers. These criminals are among the most heinous and talked-about bad guys the world has ever seen, yet there isn’t a single thing that makes them among the most infamous.

Recommended: How to Become a Professional Rapper

1. Ted Kaczynski: Ted Kaczynski was a genius with a high IQ who enrolled in Harvard at the age of 16, thus he ought to have lived a brilliant life and became famous for anything other than becoming one of history’s most renowned criminals. Kaczynski, however, is best known as the Unabomber, a domestic terrorist who carried out more than a dozen bombings that resulted in several grave injuries and a few fatalities. 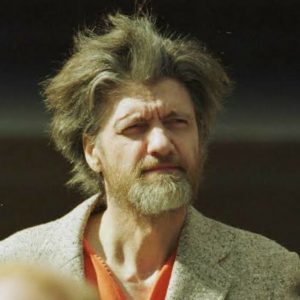 At his remote home in the Montana countryside, the Unabomber penned out his beliefs on how the industrialized world and technology were bad for humanity between bombs. His manifesto was even printed in the Washington Post. After his attacks, the FBI launched its biggest and costliest manhunt ever, which resulted in his apprehension in 1995.He sent his incendiary letters to computer salespeople, academics at universities, airline employees, and anybody else he felt was too closely tied to contemporary life.

2. Charles Manson: Among the most well-known individuals in American history and unquestionably one of the most infamous criminals in history is Charles Manson. Manson was a charismatic cult leader who turned against the hippie movement by assassinating Sharon Tate and many of her associates in the Hollywood Hills in an effort to start a race war. 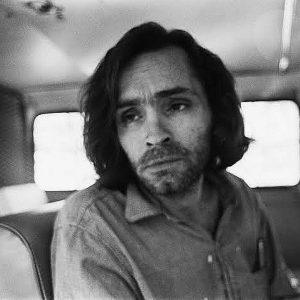 most notorious criminals in US history

Manson strangely believed he heard the messages in the silences between the Beatles songs. He called the conflict between whites and blacks “Helter Skelter,” although the song is really a clip from the White Album. Strangely, some people believe that none of this would have occurred if reviewers had responded to Charles Manson’s music more positively.

Also see: Most Famous People in the world

3. Al Capone: Al Capone was among the most infamous gangsters to ever live during the 1920s, and he looks like a mobster right out of central casting. He controlled the Chicago Outfit, a criminal organization that engaged in gambling, prostitution, and bootlegging. 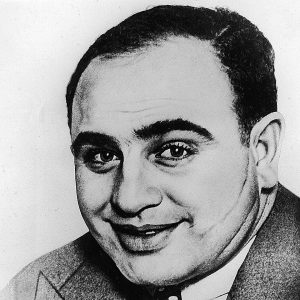 Who is the biggest criminal in the world?

4. John Wayne Gacy: John Wayne Gacy, often nicknamed Pogo the Clown, was a legendary criminal in American history and among the most active serial murderers ever.  Gacy was found guilty of shoving 33 young boys into his home’s crawl space between 1972 and 1978 and then killing them there. 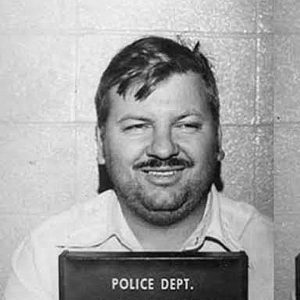 Most dangerous criminal in the world 2022

Gacy would appear at numerous charity events while dressed as a clown, allowing him access to a large number of kids. In 1994, Gacy was executed through lethal injection.

Also see: How To Become a Good Rapper

5. Jesse James: Many people think about Jesse James, among the most renowned criminals in history, more than many others on this list. He was known for robbing the wealthy and giving to the needy, yet none of it is true. He appears to be a dangerous felon who solely committed theft for his own group based on the available facts. In the Midwest, James and his crew looted banks, stagecoaches, and railways. James was also a vicious pro-Confederate guerilla who participated in crimes against Union soldiers and abolitionist civilians. 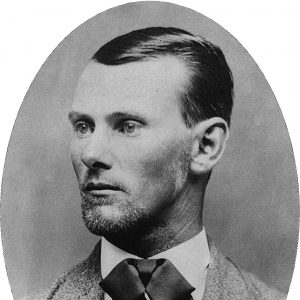 Most Notorious, Infamous Gangsters of All Time 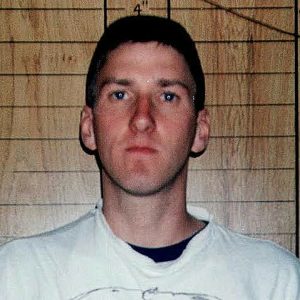 The US Government’s involvement in the siege on Waco that resulted in the deaths of cult leader David Kores and 75 of his followers, many of them children, is said to be what motivated McVeigh, a Gulf War veteran, to exact retribution. McVeigh, one of the infamous villains in American history, received a death sentence and passed away in 2001.

Recommended: Most Beautiful Beaches In The World (With Pictures)

7. Pablo Escobar: During his rule, Pablo Escobar earned the title of “Lord of Coke” and acquired a wealth of over $2 billion.  He is regarded as among history’s most renowned criminals, and several films and television programs have focused on his egregious behavior. 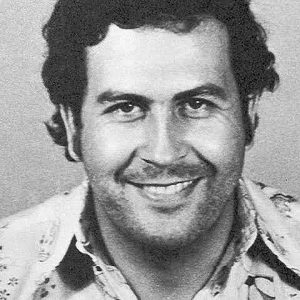 He led one of  the most ruthless and renowned gangs in history, the  Medellin Cartel. Escobar killed anybody who stood in his way, including police officers and children. During the 1970s and 1980s, he had a virtual monopoly on the cocaine smuggling trade into America, bringing in more than 80% of the contraband cocaine.

8. Jim Jones: Being the brains behind the Peoples Temple, Jim Jones was one of the most infamous crooks to ever exist. Peoples Temple, often known as Jonestown, was a cult that Jones, a sick and paranoid man, refused to let anybody escape. A California congressman who had come to look into the matter was shot dead at the airport along with four other cult members. 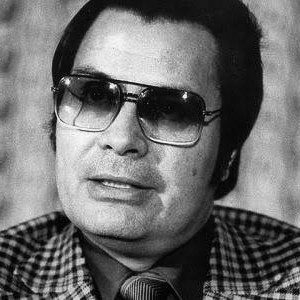 Most notorious criminals of the 21st century

In the greatest murder/suicide the world has ever seen, the cult promptly consumed cyanide, murdering 909 people. Prior to 9/11, no other American civilian had ever perished in a single day. The Road to Jonestown: Jim Jones and Peoples Temple, one of the finest true crime novels of 2017, goes into more detail on Jonestown.

9. John Dillinger: Following a string of high profile robberies that captured the nation’s attention and elevated him to the status of the nation’s most dreaded criminal, John Dillinger became one of the most infamous criminals of the 20th century. Many people met their deaths because to Dillinger’s machine gun, but the media adored him for his appearance and sense of flair. 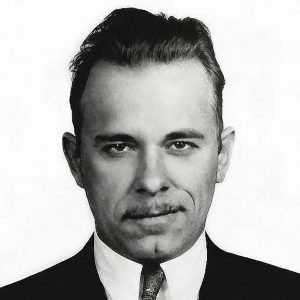 When he famously broke out of jail with a fake wooden pistol, the search for him only got worse. After some time, the cops caught up with him, and he was shot as he left the theater.

Recommended: Countries With the Highest Life Expectancy In The World

10. Jeffrey Dahmer: One of America’s most prolific serial murderers, Jeffrey Dahmer is known for both his sexual offenses and the killing of 17 men between 1978 and 1991. In addition to drugging and strangling his victims, Dahmer is infamous for eating their skin after dismembering some of them. After a guy was discovered strolling the streets with shackles dangling from his wrist, Dahmer was ultimately apprehended in 1991. 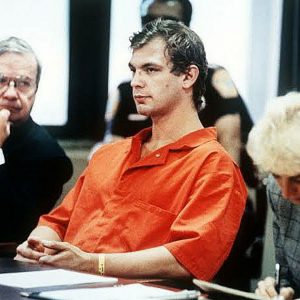 Most Famous & Notorious Criminals in History

This man was Tracy Edwards, Dahmer’s chosen target, and as a result, body parts and Polaroids of his previous victims were found in his refrigerator. Christopher Scarver, a fellow prisoner who was already serving a life sentence for murder, killed Jeffrey Dahmer in 1994 when he was incarcerated.

Recommended: How to become the best version of yourself

Crimes and the morbidly interesting criminals who perpetrate them are a common occurrence in every nation. True crime has only increased in popularity in recent years, yet the most prominent criminals in history continue to hold the most fascination.

As intriguing and diverse as the crimes they commit are the most well-known criminals in the world. Many true crime fans are still interested in some of history’s worst criminals, and the aforementioned individuals are the most prevalent.