Best Chefs In The World (With Pictures) 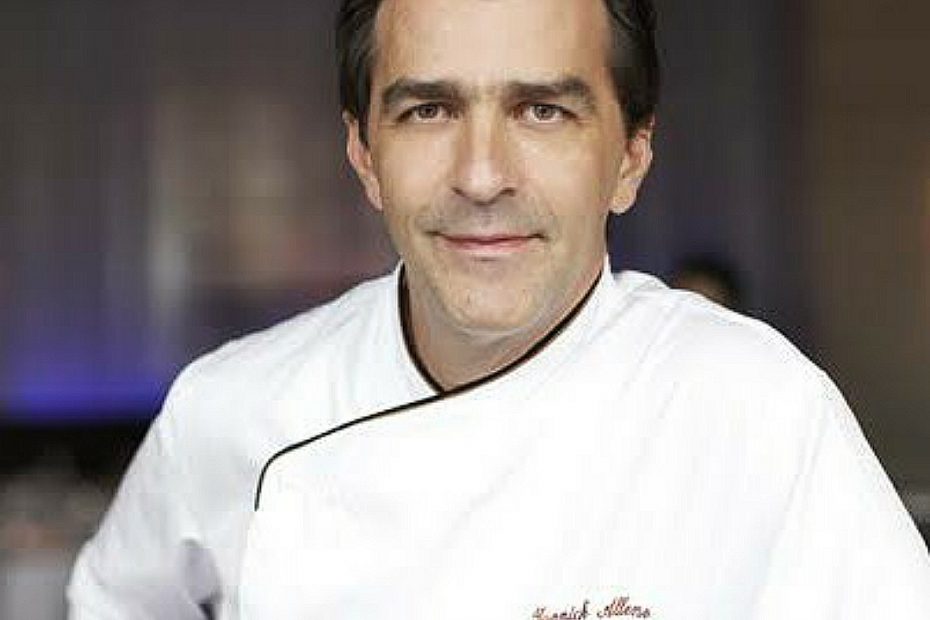 Best Chefs In The World: We all need food to survive. Food is factually one of the necessaries of life. It is anything that is fit for consumption and has the basic nutrients that help the body grow and stay strong without causing it any harm. Food are of many kinds, some of the things considered as food includes but not limited to; yam, cassava, rice, beams, maize, cocoyam, groundnuts, plantain, banana, bread and so many others. There are basic was to prepare food, some are cooked, baked, fried, dried, some are taken raw while others may be grilled. We all have our preference when it comes to what we eat. Ranging from the kind of food, to how it is prepared down to who prepared it and even where it was prepared.

Due to the nature of the body, what we eat tend to reflect on our body, in other words our body reacts to food we eat. These established the importance of eating good food otherwise known as eating healthy. There are healthy and unhealthy meals. The sanity condition of the food we eat, starting from the environment where the food is being prepared down to the utensils used are very important. These helps to prevent food poisoning of any sort. A person. Who prepares food is called a chef (or a cook in local palace).

The end result of the food tells so much about the chef. A good meal prepared with care and under a hygienic environment using also, hygienic utensils, tells so much about the chef. Being a chef is a whole lot, even though it entails having a good degree of culinary skill, it also involves the ability to maintain a proper standard as required to make sure that the food is healthy and safe for consumption. At this point, it is very important to point out that while being a cook or chef may be a domestic skill exhibited at home by family and friends, it can also be a full time career path for many.

We all have our local dishes which we are quite familiar with, however, civilization and intermingling has brought about inter-cultural mingling and has brought about the experience of knowing and tasting what people from other part of the world eat. A chef learns about how to prepare his local dishes and as a professional, how to also prepare intercontinental dishes. It is one of the things that makes him stand out. Having pointed out the roles chefs play in the food we eat, it’s time to look at the chefs around the world and consider the best.

Recommended: Most Delicious Foods in the world

Top 10 Best Chefs in The World

1. GORDON RAMSAY: Gordon James Ramsay is a British chef that was born on November 8th, 1966. The British restaurateur, writer and TV personality own His restaurant group known as Gordon Ramsay Restaurants which he established in 1997. One of the chefs that has received the award of 16 Michelin stars overall. The Gordon Ramsay restaurant in Chelsea, London, has held 3 Michelin stars since the year 2001. 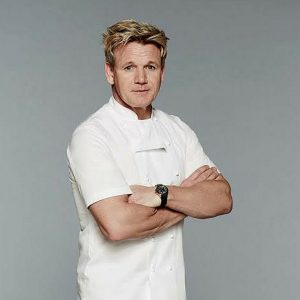 Richest Celebrity Chefs in the World

2. HESTON BLUMENTHAL: Heston Marc Blumenthal is a celebrity chef from England and based in the UK as well. He was born on the 27th of May 1966. He became not just a chef but also, is a TV personality and food writer. He gained public traction following his unusual recipes, such as bacon-and-egg ice cream as well as snail porridge which are one of the best in the world. 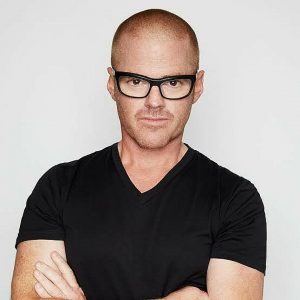 Best Chefs in the World with the Most Michelin Stars

The renowned chef has his unique recipes for triple-cooked chips and soft-centered Scotch eggs which has been replicated all over the world. Blumenthal has his culinary patterned towards Molecular gastronomy, Nouvelle cuisine, British, and Desserts. He is one of the best in the world.

Also see: Countries that makes the best music in the world 2022

3. THOMAS KELLER: The American chef; Thomas Aloysius Keller and also the owner of Napa Valley restaurant, and The French Laundry in Yountville, California, in USA is a well-known chef of uncommon skill and mastery in the art of cooking. 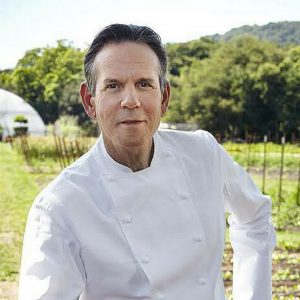 Why are the best chefs in the world generally considered to be men?

4. ALAIN DUCASSE: The French chef and restauranteur Alain Ducasse was born in September 1956. Having had to run a number of restaurants including Alain Ducasse at The Dorchester. He is recognized as a renowned chef and one of the best in the world with the Ducasse restaurant having to hold the highest ratings in the Michelin Guide. 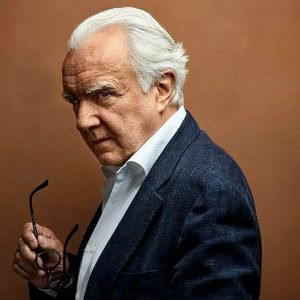 Where do the best chefs in the world come from? 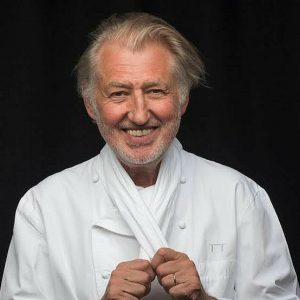 Great Chefs of the World ideas

He is an award winning chef beginning his career in St. Etienne with three Michelin Stars to his name, he remains one of the best in the world.

6. YANNICK ALLÉNO: Born in December 1968, Yannick Alléno is a famous French chef and operator of the restaurants Pavillon Ledoyen as well as the L’Abysse in Paris and Le 1947 in Courchevel. He has equally won six Michelin stars in his career for his exceptional culinary skill and style. 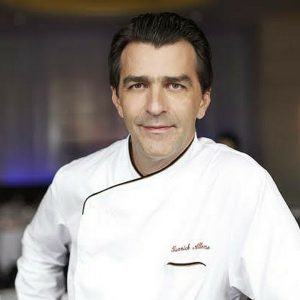 7. ANNE-SOPHIE PIC: Anne-Sophie Pic is one of the most rated chefs in the world. The famous French chef was born on July 12th, 1969. She’s known for her French cuisine and style. She remains the fourth female chef to win three Michelin stars, and in 2011, with 10 Michelin stars, she was named the Best Female Chef by The World’s 50 Best Restaurants. 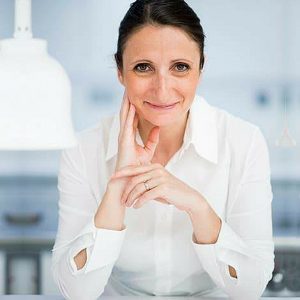 Who are the Most-Awarded Michelin-Star Chefs in the World?

8. MARTÍN BERASATEGUI: One of the finest Spanish chefs Martín Berasategui Olazábal is an expert chef in Basque cuisine. He is also the owner of Martín Berasategui restaurant in Spain and more than any other Spanish chef he has been awarded with 3 Michelin stars since 2001 and holds about 12 stars in total, making him one of the most rated and one of the best chefs in the world. 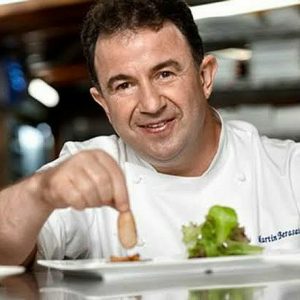 Most Famous Chefs in the World

Also see: Most beautiful flowers in the world 2022

9. ANDREAS CAMINADA: The 45 year old Swiss ambassador for ChefAlps was born in 1977. He has since climbed the social ladder of relevance and the peak of his culinary career with numerous awards to show for it. 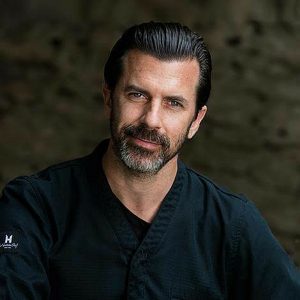 Best chefs in the world by country

He has three Michelin stars and 19 GaultMillau points to his honor even at a young age. He’s creative and classic, a very brilliant chef with uncommon culinary skill envied by many. He is one of the best in the world.

10. WOLFGANG PUCK: The Austrian-American chef who is also a restaurateur was born on 8th July 1949. The TV personality and father of 4 children is a refined chef with California, French, and fusion culinary style is one of the best in the world. 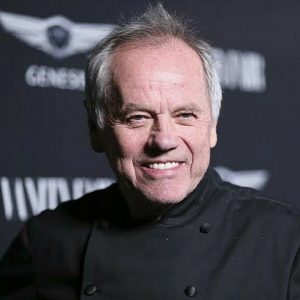 Who is the greatest chefs of all time?

Recommended: Richest Authors in the world and their net worth

In conclusion, chefs play important role in our world of today. The skill is an uncommon one and an art of great repute. They set the standard by ensuring varieties of meal to food lovers, breaking intercontinental barriers.