Home » Law Reporting » Cases on Nuisance: 10 Court Cases On The Tort of Nuisance

Cases on Nuisance: 10 Court Cases On The Tort of Nuisance 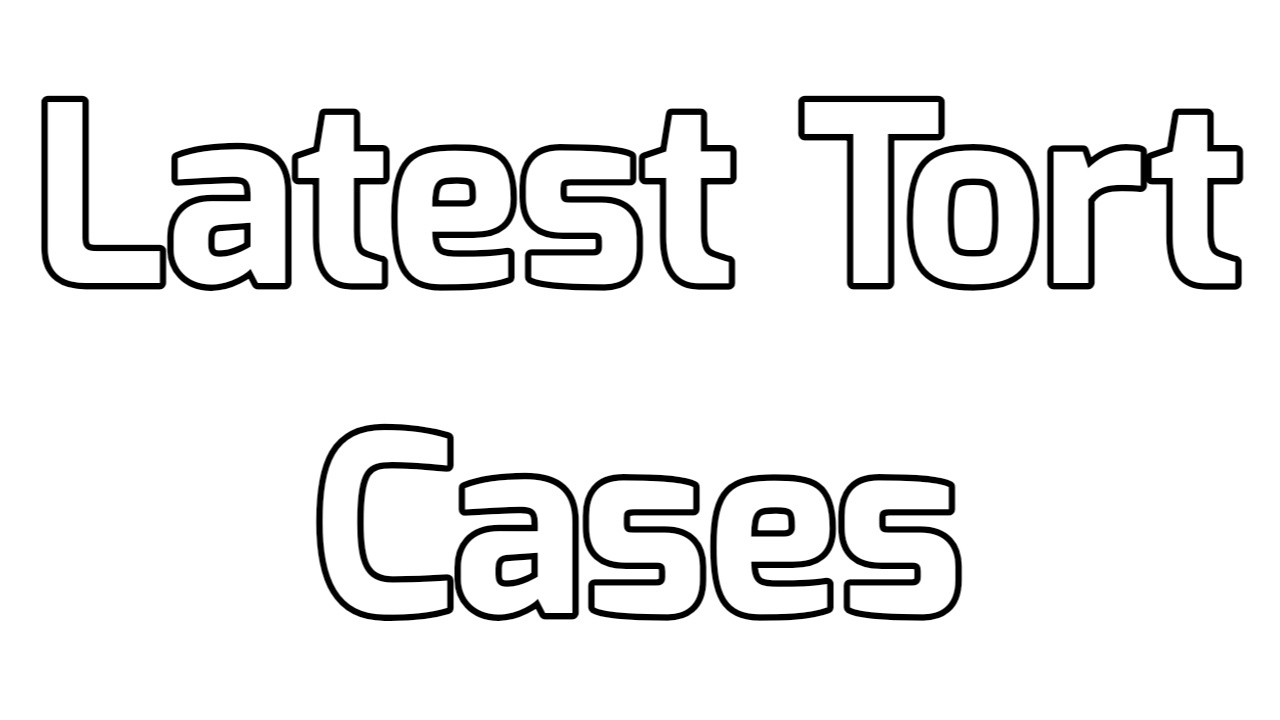 You will agree with me that most lawyers and law students all over the world, find it very difficult to get court cases to substantiate their arguments in court and in examinations. Even on the internet, legal decisions are usually difficult to find. For this reason, i thought it wise to share some of the popular cases on the tort of nuisance. However, i am not only going to mention the popular cases on nuisance.

To help you understand what this topic all about, i will, first of all, discuss what Nuisance is. Coupled with that, i will explicitly explain the different types of nuisance. This will help you to understand the crux of the cases discussed herein. 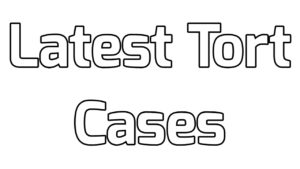 It is pertinent to have in mind that some of the cases i will mention here are locus classicus cases. I enjoin you to read them painstakingly so that you will find exactly what you are searching for. You will also be allowed to send your questions and contributions on this topic after this topic. Now, what is nuisance?

ALSO READ:
Donoghue v Stevenson: Case Summary and decision of the court
Case on discharge of contract by frustration

The word “nuisance”, in its legal sense, means “annoyance” or “harm”. There seem to be some restrictions though, because not every annoyance is actionable. However, the elements of unlawful annoyance is the only thing common to all nuisances.

According to Fleming, the tort of nuisances has become a catch-all for a multitude of ill-assorted sins, both great and small, which include the emission of noxious fumes from a factory, the obstruction of a public highway, keeping a brothel, making or permitting unreasonable noise or vibration or interference with an easement of way. The truth is that, the kind of interferences or annoyances that may constitute actionable nuisance are limitless.

It is pertinent to note that the common law of England recognizes that nuisance may either be public nuisance, or private nuisance.

A public nuisance is an unlawful act or omission to discharge a legal duty, which act or omission endangers the lives, safety, health, property or comfort of the public. Lord Denning, LJ in Att. General v PYA Quarries Ltd. said that:

A public nuisance is a nuisance which is so widespread in its range or so indiscriminate in its effect that it would not be reasonable to expect one person to take proceedings on his own responsibility to put a stop to it, but that it should be taken on the responsibility of the community at large.

Conversely, a person who carries on some harmful activities which affects the general public or a section of the public, commits a public nuisance. Indeed, public nuisance typifies a situation in which the plaintiff suffers damage as a result of the defendant’s crime.

According to Fleming, the gist of private nuisance is interference with an occupier’s interest in the beneficial use of his land. A nuisance is private if it does not cause damage or inconvenience to the general public, but does interfere with a person’s use or enjoyment of land or of some right connected with land in his possession.

Therefore, a private nuisance may be, and is usually caused by a person who, though he is lawful doing acts on his land, his lawful acts produce consequences that are not confined to his own hand but extends to the land, when it closely resembles trespass, or causes physical damages to his neighbor’s land or building or unduly interferes with his neighbor in the comfort and convenient employment of his land.

Now that you have known what the tort of nuisance is and the difference types of nuisance, i will share some of the popular cases on nuisance. Make sure you read the section below very carefully so that you will be able to find the exact authority you are searching for. 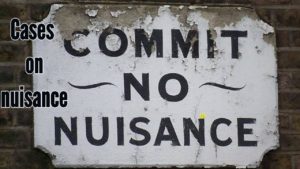 In this case, a trespasser laid a pipe in the land occupied by the defendant. The pipe had a grating for the purpose of keeping off leaves, but due to the improper placing of the grating, the pipe was blocked when a heavy rain fell. As a result of that, the plaintiff’s adjacent land was flooded. The flood came at about the third year after the grating was placed. During that space of time, defendant’s servant was cleaning the datch through which the pipe was laid, and ought to have anticipated the risk of flooding on account of the obstruction.

In the circumstance, the defendant was held liable to the plaintiff for nuisance, for they were aware or ought to have become aware, through one of their servants, of the possibility of flooding, and had done nothing to preserve it.

The case of Halsey v Esso Petroleum is one of the celebrated cases on nuisance. In this case, the plaintiff complained that his sleep was continuously disturbed by the noise of the defendant’s vehicle, and that the paintwork on his car, which was parked in the street, was affected by the acid smuts deposit from the defendant’s factory. This was held recoverable since he established particular damage because his inconvenience was greater particular damage because his inconvenience was greater.

If you really want to discuss the tort of nuisance, you must mention the case of St. Helen’s Smelting Co. v Tipping. In this case, the plaintiff bought an estate of great value in a manufacturing area in June, 1860. Among the work situated nearby were those of a copper smelting company and, sometime in September, extensive smelting operations started on the defendant’s property.

The vapour emanating from these work caused physical damage to the shurbs and trees on the plaintiff estate. The defendant were found liable because their operation constituted a nuisance and their act was no longer reasonable even though it was reasonable before the plaintiff bought the estate.

Lord Westbury drew a distinction between nuisance producing material injury to property and nuisance causing sensible personal discomfort. He concluded that the character of the Neighborhood was not to be taken into account in cases of physical damage to property, but might be a relevant factors in case of interference with employment pr use of land.

He held that a man lives in a town must submit himself to the consequences of those operations of trade which may be carried on in his immediate locality, which are actually necessary for trade and commerce, and also for enjoyment of property, and for the benefit of the inhabitants of the town and of the public at large.

This case is used to emphasize the point that the court will not accept the argument that the plaintiff should put up with harm because the nuisance caused by the defendant is for the benefit of the community as a whole, for that would amount to requiring him to carrying the burden alone of an activity from which many others will benefit.

In the case of Robinson v Kilvert, the plaintiff complained that the defendant who was manufacturing paper boxes in the basement of the building which required the air to be hot and dry, heated the basement accordingly. This heat damaged the plaintiff’s brown paper, which he kept on the ground floor he used as a warehouse.

Apparently, St Anne’s Well Brewery Co. v Robert is another case that bothers on the tort of nuisance. In this case, the defendant and the plaintiff were neighbors. The plaintiff was running an inn when part of the wall owned by the defendant collapsed and demolished the inn. It was found that the wall collapsed because of recess which, unknown to the defendant had, at sometime unknown, been formed by excavations on the wall.

The defendant was helpful not liable in nuisance on the grounds that he did not know of the defect and could not have discovered it by reasonable vigilance.

Also read: Exceptions to the rule in Adams v Lindsell

Also, in the case of Noble v Harrison [1926] KB 233, the defendant occupier was held not liable to the plaintiff passing along the highway, when the plaintiff was hit by a falling branch of a tree standing on the defendant’s land and overhanging on the highway. It was found that the branch fell as result of the latent defect which could not be discovered by any reasonable inspection. The defendant was therefore not held liable for nuisance.

Generally, a landlord, who is not in occupation of the premises, will not be liable for any nuisance on the premises, as the proper person to be sued is the tenant who is the occupier. But, in the case of Mint v Good [1951] KB 517, the defendant landlord was held liable when a defective wall in the premises occupied by his weekly tenant fell and injured the plaintiff who was walking on the highway. The wall was found to be a nuisance due to its defective state of repair.

The defendant had not convenanted with the tenant to do repairs and had not reserved a right to enter the property to do so. The Court of Appeal, however, held that, held that, in a weekly tenancy, such a right must be implied and the defendant was liable in nuisance.

The tenant, himself, is not exempted by the landlord’s liability. He is also liable, even if he does not know of the defect, provided he could have ascertained if if he had used reasonable care.

In Bliss v hall, a noise factory setup by the defendant emitted noxious and offensive vapours, fumes, smells and stenches, to the discomfort of the plaintiff who had taken a house near it. It was held that it was no defence that the business had been in existence for three years before the plaintiff arrived, because “he came to the house with all the rights which the common law affords, and one of them is a right to wholesome air”.

This does not, however, mean that a man is free to change the condition of his area by putting up his residence there. For example, a man who goes to live near a coal field or a manufacturing area must put up with the the discomfort usually associated with such area, and what would be a nuisance in USA may not necessarily be so in NIGERIA.

It is no defence that the thing complained of is socially useful and is for the benefit of the community, i.e the mere fact that a process or business is useful to persons, generally, in spite of its annoyance to the plaintiff, is no defence. In Adams v Ursell (1913) 1 Ch. 269, a fried fish shop in a residential part of a street was held to be a nuisance.

The defendant had contended, unsuccessfully, that an injunction would cause great hardship to him and to the poor people who were his customers. But the defendant still could engage in his business in another area where it would not constitute a nuisance and, in any case, the injunction against him did not extend to the whole street.

Yeah! Those are some of popular cases on the tort of nuisance. I hope you got exactly what you were searching for in this page. If you still have any question or contribution on the cases mentioned in this article, do well to share that using the comment section below this post. Note that from time to time, these cases will be updated with latest court judgment and legal principles. Do well to visit us for more cases of nuisance.