Cutest Animals In The World (With Pictures): Top 15 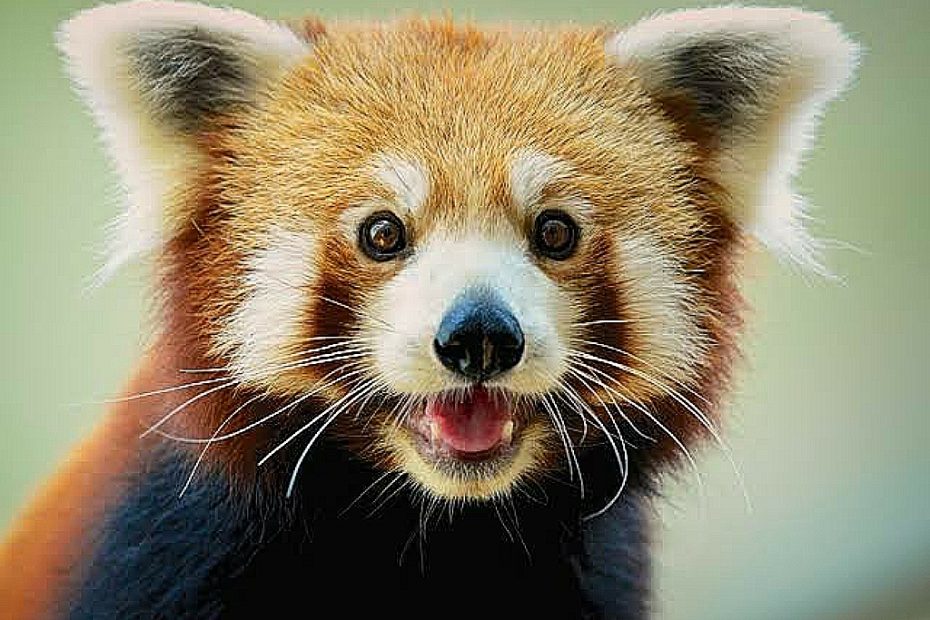 Cutest Animals In The World: Nothing makes you feel better than gazing at pictures of lovely animals. Looking at lovely animals is a terrific way to brighten your day even if you’re looking for a midday hobby or attempting to release some tension. However, depending on region, some of the world’s prettiest creatures may not even be on your radar.

We look at creatures from all across the world in this list of adorable animals. This collection contains something for everyone, whether you’re interested in creatures that run, hop, swim, or fly.

Recommended: Most dangerous dog breeds in the world

Top 15 Cutest Animals in the World

1. Sea Otter: The weasel family includes sea otters, which are endemic to the North Pacific Ocean’s shores. They’re recognized for floating on their backs on the surface of the water, occasionally among kelp and seaweed forests. They sleep, feed, care for their young, even hug each other in this posture. 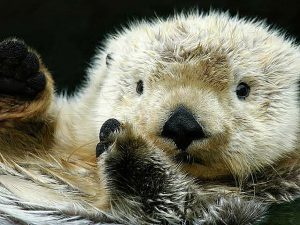 What Is The Cutest Animal In The World

Sea otters may live up to 23 years and weigh 60 to 70 pounds on average. Sea otters were formerly hunted nearly to extinction for their fur, but they are now endangered.

2. Margay: Margays are little wild cats that inhabit in Central and South America’s evergreen and deciduous woods. They prefer to dwell in trees and rely on their long, hefty tails to keep them balanced. 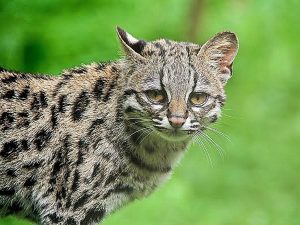 Margays are nocturnal hunters who devour birds, eggs, fruit, and small animals. Every two years, female margays have only one litter of kittens. This, combined with the reality that margays have been targeted for their coats, has put these magnificent cats on the verge of extinction.

Recommended: Top 10 Most fearless animals in the world

3. Red Panda: Red pandas are primarily found in trees and are around the size of a house cat. In the winter, these beautiful, fluffy critters are known for wrapping themselves in their tails for warmth. The Eastern Himalayas are their primary habitat. 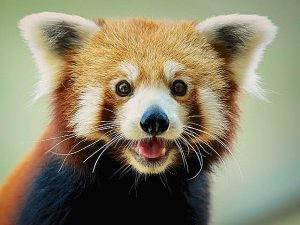 Red pandas, similar to giant pandas, have a pseudo-thumb that enables them to grab bamboo when eating. They are now the only members of the Ailuridae family that are still alive.

4. Elephant Shrew: The elephant shrew’s unique long snout adds a humorous look to these little, fluffy creatures. Elephant shrews are not rodents, despite their likeness to mice. 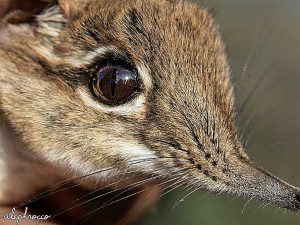 They aren’t even true shrews! They’re connected to a group of African animals that includes sea cows, aardvarks, and, yep, elephants. Elephant shrews dwell in six African nations’ woodlands and plains, consume insects, and give birth four to five times a year.

Recommended: Weakest Animals in the World

5. Quokka: Short-tailed scrub wallabies, sometimes known as quokkas, are endemic to Australia. Like kangaroos, their young are known as “joeys” and live in pouches until they are mature enough to survive on their own. 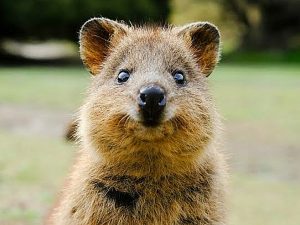 What is the cutest dog in the world

Quokkas consume grasses and bushes and can go without water for up to a month. Around 10,000 quokkas live on Rottnest Island, from the coast of Australia, and are famed for posing for pictures with island visitors.

6. Fennec Fox: Fennec foxes have the longest ears in proportion to their body size of any species of the canid family, which adds to their adorableness. They reside in North African deserts and feed on insects such as locusts, rodents, lizards, birds, and eggs. 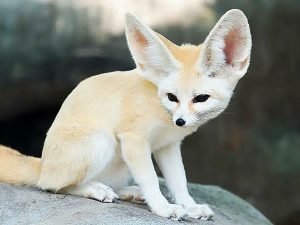 Fennec foxes dwell in dens in family groups of up to ten foxes. They spend the hottest portion of the day there before going night hunting.

7. Klipspringer: Klipspringers are a tiny antelope species found in east and southern Africa. They have the ability to jump up to Twelve feet in the air and land on a surface the weight of a silver dollar because to their unique hooves. Each hoof is just a dime in diameter. 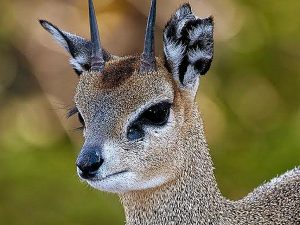 Klipspringers snooze during the warmest portions of the day and graze on leaves, fruit, and blooms in the mornings and early nights, when they emerge from their rocky outcroppings.

8. Japanese Weasel: On the Japanese islands of Honsh, Kysh, and Shikoku, weasels reside in hilly and wooded areas near water. They reside in hollow logs and trees and are territorial. While Japanese weasels may be found in a variety of settings, including meadows and small towns, they prefer to stay away from more inhabited regions. 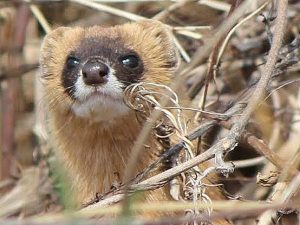 Pictures of the cutest animals in the world

9. Pika: These herbivorous mountain dwellers have evolved to flourish under harsh conditions. Due to their tiny size, pikas prefer to dwell in colonies that provide them with safety on the treeless, rocky slopes where they call home. 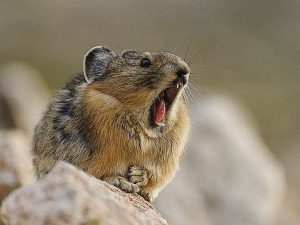 Pikas dwell in dens that keep them warm in the winter. They gather grasses and wildflowers in the summer and dry them in the sun before storing them in their winter burrows.

10. Quoll: Quolls are marsupials that live in trees and are endemic to Australia and New Guinea. These once-abundant creatures are easily identified by their long tails and speckled coats. 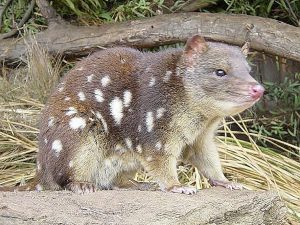 Photos of the Cutest Wild Animals

They are carnivores who feed on small animals, carrion, and whatever other flesh they may find. Quolls have surpassed dingos as the biggest carnivore on the Australian continent. The quoll’s smallest species weights little over two pounds. The heaviest weighs in at 11 pounds on average. 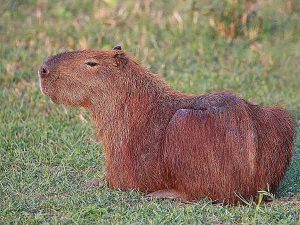 What is the cutest pet animal in the world

Capybaras, like other rodents, have continually growing teeth, therefore they keep them trimmed by eating hard grasses and fibrous vegetation. This permits capybaras to digestion the protein-rich composites of the plants they consume twice, resulting in an unappealing habit: they eat their own excrement every morning.

12. Patagonian Mara: The Patagonian Mara is a rodent that looks like a rabbit and is native to southern Argentina. They can hop like rabbits, but they can also gallop and “stot,” which is a type of locomotion in which they spring straight up on all hind legs.

Maras roam in groups of up to 15 mated couples, stopping to raise their offspring in burrows. Mara males are extremely protective of their families and function as guardians, while females care for the infants.

13. Mangalitsa: These fluffy, tamed pigs resemble a mix of pigs and sheep. Mangalitsa pigs are heritage pigs native to Hungary, and they’re raised for their meat (as well as their cuteness).

They are the last remaining pig breed with a lengthy coat. Mangalitsa piglets are now practically extinct, with just approximately 60,000 being produced each year.

14. Tarsier: Tarsiers are a type of monkey that can be easily identified by its huge eyes and may be found in the Philippines, Indonesia, and Malaysia. Tarsier’s eyes are so big that they can occasionally outnumber their brains. They, like owls, can turn their heads 180 degrees in each direction.

Their lengthy fingers and toes assist them in climbing trees and vines in quest of food. Tarsiers only consume flesh, preferring to eat reptiles, birds, scorpions, frogs, and other small creatures.

15. Axolotl: Aquatic salamanders with prominent, feathery gills on each side of their heads are known as axolotls. Unlike other salamanders, they keep their larval characteristics—such as a fondness for water—well into adulthood.

Caused by pollution, fishing, and the pet trade, axolotls are considered endangered in the wild. They may grow nearly a foot long and survive for up to 15 years in captivity—much longer in the wild.

Recommended: Most dangerous people in the world

There are hundreds of charming, cuddly, and adorable animal species on the earth. How can you condense them into a single list. It wasn’t easy, but we chose creatures with adorable naughty characters and small faces that would melt your heart. This collection of the world’s cutest animals is sure to bring a smile to your face.

1 thought on “Cutest Animals In The World (With Pictures): Top 15”