Differences Between a Phrase and a Clause (With Examples) 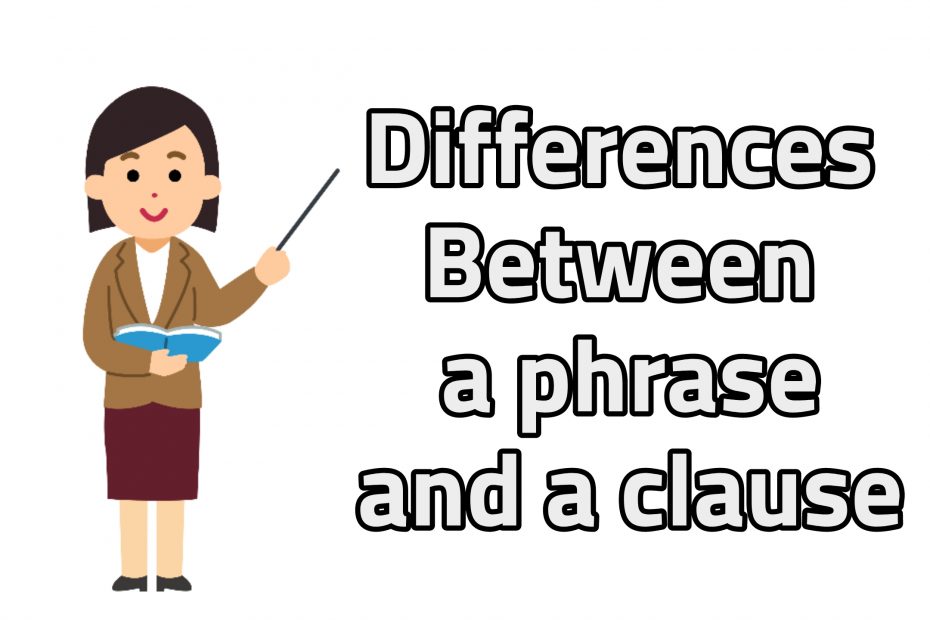 Differences between a phrase and a clause: In the English language, every sentence is constituted of a clause or phrase. A phrase or clause contains groups of two or more words, and what they do is to help English language users make different sentences. It must be noted that phrases and clauses are different and play different roles.

While both are group of words, a phrase does not contain a subject and a verb but a clause does. Also, a sentence can exist as a single clause, but a single phrase cannot make up a sentence. While phrases add meaning to a sentence, they cannot create a sentence on their own. On the other hand, clauses are so necessary to sentence formation, that removing them may affect the understanding of the sentence.

In any sentence, clauses are the backbone, this is majorly because they contain the subjects and predicates which makes the sentence complete. In the English language, while some clauses cannot stand alone as their own sentence, they must have a subject and verb to be classified as a clause. In any sentence, clauses are the main parts. Without a clause, a sentence just stands as a group of words that have no meaning on their own. In such case, it would be a phrase and not a clause. The reason why it is difficult to differentiate between clauses and phrases is because some clauses cannot stand on their own as a sentence. 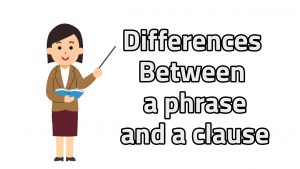 Meaning, Usage, types and Differences between phrase and clause

Phrases can be used to describe nouns, actions, locations and more. The aim of a phrase is to give information or a very clear idea of what the sentence is trying to convey as a message. Generally, there are several main types of phrases:

a. Noun phrase: This one is self explanatory. Like the name implies, the function of a noun phrase is to act like a noun in a sentence. The noun phrase includes the noun and adjectives to describe the noun. A noun phrase is also known as a noun. As said above, it includes a noun and its modifiers, and its major function is to give more information about a noun. Interestingly, one can also use adjective phrases to describe a noun, for example:

“The beautiful, little flowers are growing in my garden.”

“The small yellow car belongs to my sister”

“I want to see the old horror movie”

b. Verb phrases: Just like noun phrases, verb phrases also contain a verb and its modifiers. Verb phrases can also include helping or linking verbs. Interestingly, one can  use adjective phrases often appear with verb phrases.

I have been working all day today

Our class will host a holiday party next month

c. Gerund phrases: In the English language, a gerund is an  “-ing”  verb used as a noun. What this means is that when one uses a gerund phrase, they are basically using a noun phrase with a gerund instead of a noun. Examples

Running around the machine is not safe

I love surfing with pants on

I want to go to the market later

My dream is to get married and live in London

To drive a car, you must first obtain a learner’s permit

“My mother has always wanted to live near the forests”

“Let’s cool off in the pool”

“I would love another cup of chocolate ice cream”

f. Absolute phrases: It is very easy to mistake an absolute phrase for a clause, this is because they appear to contain a noun and a verb. They are different, and not a clause because the verb contained in it is functioning as a participle and not an action word. Examples of absolute phrases includes

His heart pounding in his chest, Michael banged on the bed

Mr. Jerry picked up the book, already knowing what it said

I watched as my wife drove away, her car chugging down the dirt road.

Having read the material already, Ikenna new the movie would be sad

Sweeping up the sitting room, I noticed something red under the table

“I looked for Dickie, my big yellow dog, after he went missing” 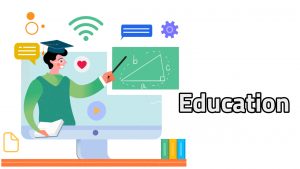 Differences between a phrase and a clause

RECOMMENDED: How to start a debate with the perfect introduction

“I love rice and beans”

“I would love a trip to Nigeria”

“My brother owns a swimming pool”

Relative clauses which begin with relative pronouns like who, whom, which, whose, that, examples:

“He knew instantly whose voice had called out to him”

Noun clauses which basically act like nouns within sentences. The difference between noun clauses and noun phrases, is that the noun clause includes a subject and a verb, for example;

“She was highly moved by what she had seen”

Adjectival clauses basically act like adjectives and their function is that they describe a noun using the subject and verb, for example:

“The dress you gave me does not fit perfectly”

Adverbial clause modifies the verb in a sentence and as the name implies, it acts like an adverb. Adverbial clauses always start with a subordinating conjunction, for example, I walk my dog until she gets tired.

Also see: How to prepare and pass any scholarship examination

It is also easy to confuse the meaning of a sentence. Irrespective of the facts that phrases, clauses and sentences all work together to create meaning, identifying each individual component may be difficult. A sentence contains a clause, while a clause contains a phrase. It goes in this order:

The big clock — the big clock chimed — the big clock chimed when the hand struck midnight. A sentence, no matter how simple, compound, complex or compound-complex is a complete thought that has been punctuated. A sentence should start with a capital letter and end with a punctuation. The punctuation can either be a full stop, exclamation mark, question mark or ellipses etc. In the English language, there are four main types of sentences, which each contain a varying number of clauses and phrases. They are: simple, compound, complex and compound-complex sentences.