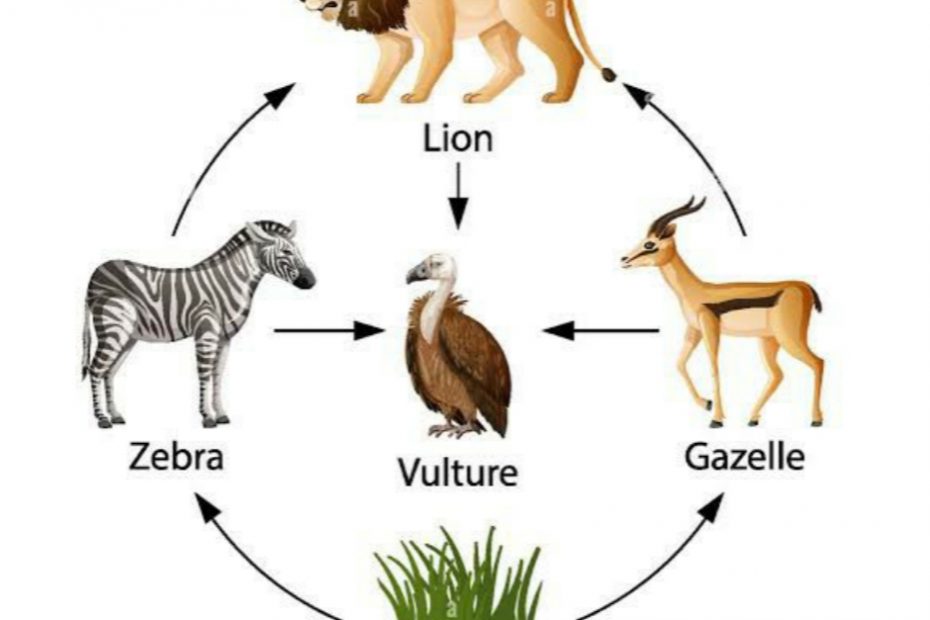 Differences Between Food Chain and Food Web: The food web and the food chain are two systems that depict the actual energy flow mechanism in an ecosystem. The existence of our planet is dependent on the exchange of energy between different organisms. The food chain is a basic diagram that depicts the linear movement of nutrients and energy. This energy flow begins with the producers and ends with the apex consumers. The food web, on the other hand, is a thorough representation of the connectivity between many food chains.

The differences between the food chain and the food web will be highlighted in this article.

What is Food Chain?

The food chain describes which organisms eat which other organisms in the ecosystem. The food chain is the succession of transfers of matter and energy in the form of food from organisms to organisms in ecology. Because many species consume more than one type of animal or plant, the food chain is regionally merged into a food web. Plants convert solar energy into food through photosynthesis, which is the primary source of food. 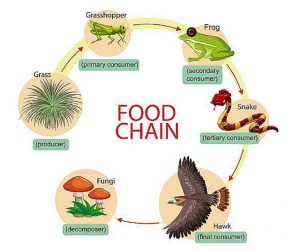 What is the difference between food chains and food webs

The food chain is divided into four parts:

1. The Sun: The planet’s principal source of energy.

2. Producers: Producers are the first stage in a food chain, and they contain all green plants.

3. Consumers: All species that rely on plants or other organisms for nourishment are considered consumers.

4. Decomposers: Decomposers are creatures that get their energy from waste or dead organic matter. The final level of the food chain is the decomposer. 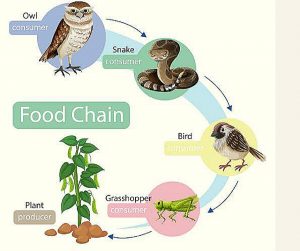 Also see: Best Science Courses to Study in the University 2022

1. The food chain is a straightforward method that summarizes who eats whom.

2. In the food chain, autotrophs or producers always occupy the first trophic level.

3. There may be 4-6 trophic levels in a single food chain. According to the hierarchic division, these levels consume energy.

4. A certain amount of potential energy is dissipated as heat at every level. It means that the fewer trophic levels there are, the more effective the energy transmission is. As a result, shorter food chains produce more biomass.

What is a food web?

The food web is a collection of several food webs that are linked together. A food web is similar to a food chain, but it is much larger. One creature is rarely devoured by many predators or consumed by a large number of other organisms. As a result, the majority of trophic levels are linked, and the food chain fails to accurately depict energy flow. However, because it depicts interactions between diverse creatures, the food web can display an adequate energy flow representation. 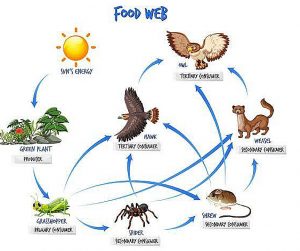 If there are more cross-relationships across different food chains, the food web gets more complicated. The intricacy of the food web leads to a more sustainable ecology.

Recommended: Most Fearless Animals in the World 2022

1. The food web forms a complicated yet precise network between the ecosystem’s current food chains.

2. In this scenario, a single species can play many roles and exist at multiple trophic levels. As a result, it is a more precise representation of what happens in the environment.

3. It creates the ideal environment for every species to increase its adaptability and competitiveness. This raises the organism’s chances of surviving.

4. The food web is extremely stable because no single organism relies only on one species for nutrition. As a result, the eradication of one organism will not have a significant impact on the food web’s activities.

5. The food web is complex by the wide range of tastes, preferences, availability, and other considerations. It does not compel any organism to adhere to a rigid diet in its entirety. Tigers, for example, do not eat water creatures such as fish or crabs in the jungle. Tigers in the Sundarbans, on the other hand, have adapted to thrive on the abundant aquatic wildlife.

6. Food seasonality has an impact on the food chain’s operation.

7. Keystone species are species that are found in food webs. These top predators are known as apex predators. 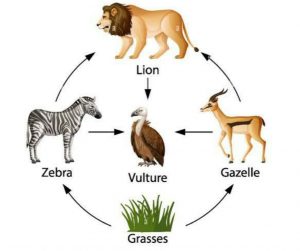 Recommended: Dumbest Animals in the World (With Pictures): Top 10 Stupidest

1. Meaning: The food chain is defined as the movement of energy from a lower trophic level to a higher trophic level by a single straight channel. While the term “food web” refers to a network of food chains via which energy flows into the ecosystem.

2. Number of Chains: There is only one straight chain in a food chain. Multiple interwoven food chains make up a food web.

6. Types: Food chains can be divided into two categories. There are two types of food chains: detritus and grazing, and there is no type of food web

7. Trophic Level: Only 4-6 trophic levels of diverse species make up the food chain. The food web is made up of multiple trophic levels that belong to different species populations.

The ecological food maps that define the direction of energy flow are the food chain and food web. Both are useful for gaining a better knowledge of the biotic community’s interactions. These ideas establish the true image of how people behave in their surroundings. However, its application may differ slightly depending on your requirements. If you want to learn the basics of energy flow, you should look at a food chain. A food web, on the other hand, should be studied if you wish to learn about the complicated relationships between numerous trophic levels.