Home » Fashion Updates and Trends » Differences Between Keyboard And Piano 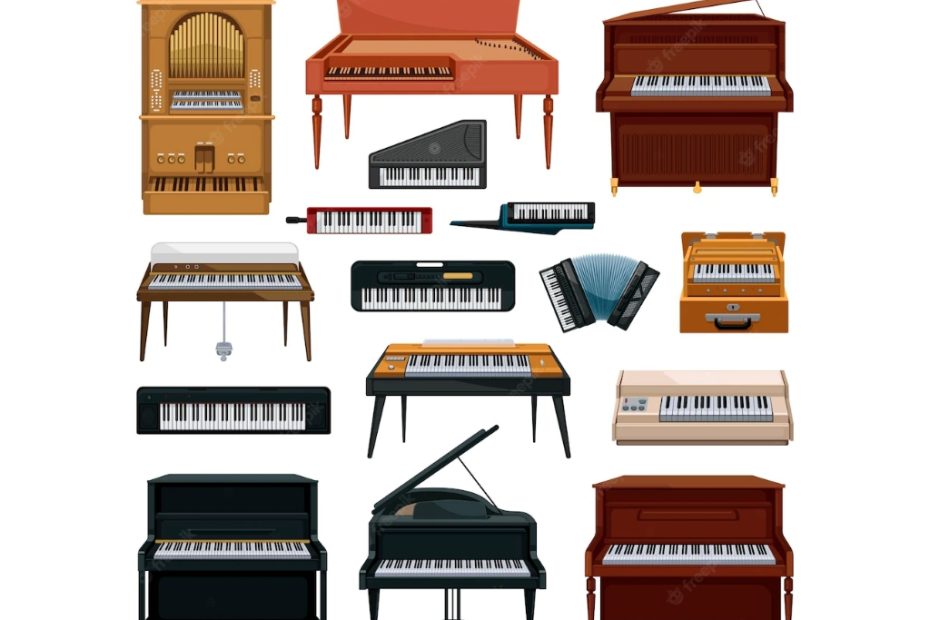 Differences Between Keyboard And Piano: Music, like many other aspects of life, is subject to inaccurate descriptions of its concepts and ideas. Inaccuracies are typically on full display as it relates to the subject matter of keyboard vs. piano. Musicians sometimes struggle to distinguish between keyboards and pianos even though they are two unique instruments with quite different purposes. 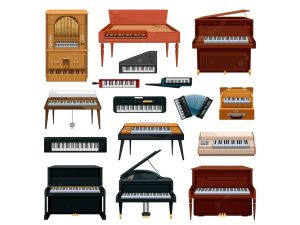 Are keyboard and piano lessons the same?

What is a Keyboard?

In the simplest sense, a keyboard is just a set of keys used to operate an instrument. Under this broad definition, a keyboard includes any musical instrument operated by keys, including pianos, accordions, harpsichords, keytars, and marimbas. However, in the music world, keyboards are mostly referred to as synthesizers. Synthesizers gain their name from the fact that they synthesize instruments and sounds. Although almost all synthesizers feature a piano sound, they are not pianos. 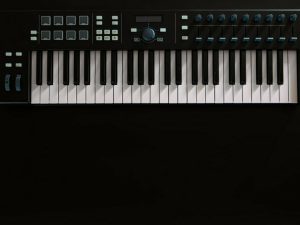 The history of Synthesizers dates back to 1867 when engineer Elisha Gray unintentionally discovered a self-vibrating electrochemical circuit. His finding sparked the development of the oscillator, a component used in contemporary synthesizers. The first polyphonic synthesizers, which were four-voice key-assignment keyboards with two formant filters and envelope controls, were created by Germany and the United States before World War II. Monophonic synthesizers saw significant advancements throughout the 1940s and 1950s, including vibrato effects, smaller keyboards, and octave dividers.

Keyboards may be found in a variety of sizes and forms in contemporary music. Computer recording of synthesized music has become affordable and easily editable thanks to MIDI capabilities, or musical instrument digital technology. Keyboards are frequently utilized by music producers to create synths for usage during the recording process.

What is a Piano?

Pianos are single-instrument devices, in contrast to the general term “keyboard.” Italian instrument craftsman Christofori is credited with creating the piano around 1700. The first piano was a harpsichord-inspired instrument. The harpsichord relies on a system of levers and pulleys to pluck the strings, whereas the piano uses many hammers to precisely strike and dampen the strings in a regulated manner. 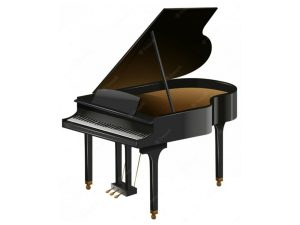 What is the difference between a piano and a keyboard?

Whereas the Pianos sound emotive and alive, the harpsichords sound pingy, drab, and lifeless. One of the world’s most dynamically potent instruments, the piano has influenced how music has sounded for centuries since its invention.

Pianos, unlike synthesizers, haven’t changed all that much over the last three centuries. The only significant differences between modern pianos and those used in the 18th century are the range extension and improved hammer technology. 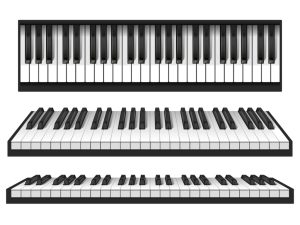 Recommended: Importance Of Math in Everyday Life: 12 Benefits and Uses

1. Functionality: Although it doesn’t resemble the violin much, the piano is technically a stringed instrument that is played percussively. When a key is pressed, wooden hammers strike the piano’s strings, creating a note that resonates throughout the instrument. This resonance creates the rich tone that pianos are known for.

The body of a piano is often (or always) made with high-quality wood, and it is known that the piano’s interior space produces an effective resonance that results in a richer sound. This in part accounts for the large sizes of pianos.On the other hand, the keyboard is referred to in technical terms as a row or series of keys on a piano body. However, in the present day, keyboards have become associated with electronic or digital keyboards.

These are high-end musical instruments that run on electricity. As opposed to a grand piano, which has hammers and strings, electronic keyboards are known to make music utilizing synthesizers, which in part accounts for their smaller size.

The flexibility of the keyboard is superior to that of the piano in terms of functionality.Pianos produce only one sound. Although they produce it in a variety of dynamics and notes, it still same sound generally. On the other hand, keyboards may have their sound customized to suit a wide range of musical requirements. For home studios that need distinctive sounds and the ability to connect straight into mixing software, they are excellent.

Also see: Most Powerful Superheroes Of All Time

PIANO: The keys themselves represent one significant distinction between a keyboard and a piano. The 88 piano keys are heavier, carrying the weight of the hammers behind them. Since the amount of pressure applied impacts the dynamics of the composition, playing the piano may feel more organic. This characteristic gives pianos a lot more control over dynamics and musicality.

KEYBOARD: Keyboards, on the other hand, are all about reproducing the abilities of a piano to a certain extent. The majority of keyboard models typically feature 61 to 88 keys with lighter touch key response but they lack the piano’s dynamic range. With touch-sensitive variants now available, keyboards are coming up but still fall short of a piano in terms of capability.

Many versions simply lack the piano’s dynamic range since much of the loudness can be handled by turning a volume knob rather than applying pressure to the keys. Because keyboard keys are substantially lighter than piano keys, they may be simpler for a beginner, particularly a youngster who hasn’t yet developed the finger strength to be effective on a larger instrument.

Also see: How To Be A Strong Independent Woman

PIANOS: Simply by seeing its size, the answer is rather obvious. Pianos weigh a lot. The smallest upright pianos weigh on average 400–500 lbs, whereas larger grand pianos can weigh up to 1200 lbs.

Considerable logistics are required to move a piano, especially if it has to go over several steps. This is typically the rationale for placing pianos in fixed locations.

KEYBOARD: Conversely, keyboards are often light enough for one person to carry. They are easy to set up and sufficiently portable to be transported from one location to another. Many musicians find that an electronic keyboard is a desirable musical instrument because of its portability. Since you can quickly transport it to almost any area, it is very convenient in terms of setup. 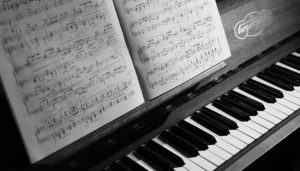 Is it better to learn piano or keyboard?

4. Price Difference: Another evident distinction between a keyboard and a piano stems from their cost. Traditional pianos may cost as much as a luxury automobile, with prices starting in the low thousands. Beginners or those unsure of how long they will persist with this new interest may find them to be way above their financial capabilities.

Conversely, although more expensive types of digital keyboards can cost as much as a small upright piano, they can start out relatively reasonably, in the low hundreds. Careful consideration must be given to the investment. Even after making the initial purchase of a pricey piano, maintenance costs need to be considered.

5. Longevity and Maintenance: A 240-year-old piano that had formerly belonged to the first Duke of Wellington was played in 2013 at a performance held at London’s Apsley House. Pianos, like a musical Galapagos tortoise, can last for hundreds of years with appropriate maintenance. The instrument requires a lot of maintenance as they need to be protected from moisture and mould,  restrung periodically, and repaired over time.

Furthermore, virtually little of this required maintenance falls under the “Do it Yourself” category,  making it a costly undertaking. However, if properly cared for, there doesn’t seem to be much of a lifespan cap for the instrument.

But when it comes to durability, digital keyboards are no pushovers. Some mid-range to higher-level models may endure decades and still play flawlessly, while lower versions may malfunction after a few years.

Additionally, these keyboards will require a lot less upkeep than a full-size piano. It is just a matter of keeping it clean, dry, and not overloading your electrical outlets as there are no keys to tune or hammers to maintain.

Depending on your music passion, you can decide whether to buy a piano or keyboard. Despite having broadly comparable functions, there are variations between the keyboard and the piano that one should be aware of as it will help in careful consideration when purchasing either musical instrument.