Home » Scholarly Articles » Differences Between The Rich And the Poor

Differences Between The Rich And the Poor 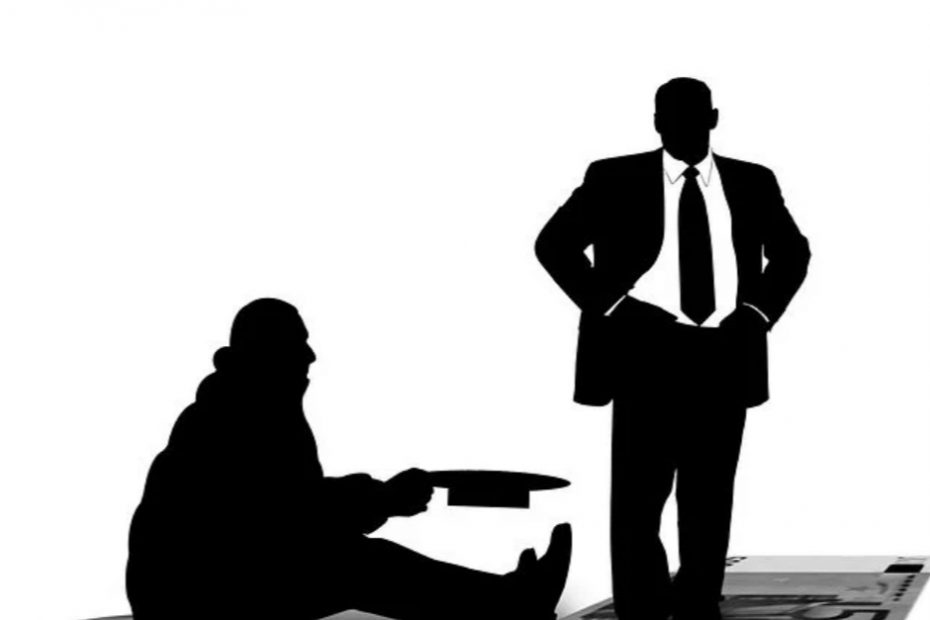 The standing questions are who the rich is and who is the poor? At what point does one become either rich or poor? What and what constitutes richness and poverty? Put in another way, what is the measure of richness and poverty? Materially, richness is measured by availability and possession of resources coupled with the psychological conviction and attestation that one has become rich.

It is also correct that a rich person is one who can afford almost all of his immediate needs and still have a reserved resource to take care of the excesses (that is the ‘wants’). Richness is made up of two components which are the material or materialistic side and the psychological side. One may have a lot of material things and yet does not qualify as a rich person.

This because the psychological side of richness is not yet present. Richness is to be coupled with the self-conviction and or general attestation from people. Richness means having a lot of money and possessions. Richness is synonymous to wealthiness, although the latter conveys a more in-depth meaning which is to have fully sufficient money and possessions in abundance. Richness is said be a matter of the mind but this seems to be a mere philosophical ideology, because inasmuch as richness is arguably a matter of the mind, the evidence of materialistic and financial possessions is still needed. It is after the financial and materialistic evidence of richness is established that the position of richness being in the mind arises and becomes, relevant.

In the society today and from time immemorial, no two persons share exactly the same level of economy, although people can be categorized in ranges by class. Thus, there are extremely wealthy people, extremely rich, rich and then the average income earners. These categories of persons may qualify as rich people. On the side of poverty, it is the state of persistent and established lack of money, possessions and the means to become rich. 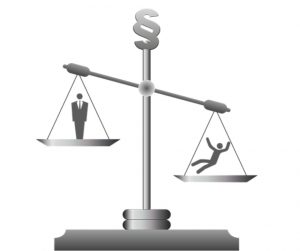 Surprising Differences Between A Rich vs Poor Mindset

Poverty, otherwise known as penury or destitution, is characterized by extreme want unavailability of personal resources and insufficiency. Destitution, although synonymous to poverty, conveys a more in-depth meaning which describes extreme poverty. One can be rich today and tomorrow he becomes poor, and vice versa. Therefore the struggle to become rich and still maintain the status of richness is a continuous one. On the other hand, there seem to be no sane person that is comfortable with poverty. The fight against poverty is a very intentional risk taking one, yet, it is very easy to become poor. In the society, the rich and poor are at two imaginary and opposing ends, hence their differences. 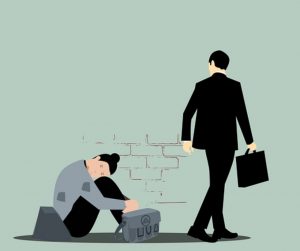 Recommended: Differences Between Endnotes and footnotes

Differences Between The Rich And The Poor The Rich

2. Income and outgo: Richness is characterized by having a stable income or source of income. The rich therefore has a stable inflow of money as well as a regular outgo. The rich earn largely and they spend largely as well. It is logical that one who earns in millions for instance spends in millions and one who earns in thousands spends in thousands. On the other hand, the income of the poor is low.

The poor is one who does not have a stable income, and consequently his outgo is minimal. The poor spends as low as his financial worth. 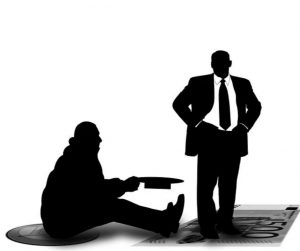 Huge Differences Between A Rich and Poor Mindset

3. The rich take risks while the poor avoid risks: The rich understands the life principle of risk-taking. The rich is not discouraged by the available chances of failure over a task, they are rather motivated by the little chances of success.

This was described by the psychologist, Carol Dweck as the growth mindset, in his book, “The Mindset” While the rich are focused on risk-taking, the poor would rather avoid risks. The poor is scared by such tasks that involve risk. This is a battle with their comfort zone and an elevate heights especially when the risk is such that is likely to cost them their comfort zone.

The poor may only take responsibilities based on personal principles. Taking responsibilities can be disastrous for the poor especially because he most likely has no viable means to face them. He can’t accept blames when he has the option of saying no or being in denial which may most likely put him in a better position. The poor will most readily avoid blames than he would chest them, and he readily would have challenges accepting and managing responsibilities. 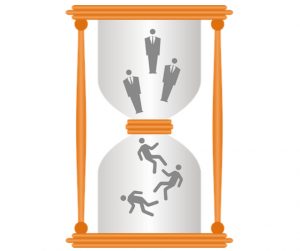 What is the difference between poor rich and middle class?

Also see: Most Dangerous Plants In The World (With Pictures)

5. While the poor opts in for the easy method the rich follows the best method: The poor has a tendency to adopt or adapt to cheaper and easier ways for the execution of a given task. The Poor will always go for what he can afford and not necessarily that which is the best. On the other hand, it is in the nature of the rich to aspire for the best. The poor may aspire for the best but may be incapacitated as to affording it, but the rich not only do they aspire for the best ordinarily; they have the resources and the means to go for it.

The poor likes it easy but the rich tend to understand better the principles of wealth creation and achievement. The rich will more readily trust the process regardless of the fact that it may be tedious. The rich is motivated by the end-goals and already, he has standard to keep up with, therefore he consciously is on the lookout for the best available method to employ in order to maintain his standard at worst and at most, step up his level. The best method is always possible for the rich because he can afford it.

The 3 Cs are of course an integral incidence of sane society and the rich are not totally exempted from it. It is simply used to convey how quickly the rich move on and how they do no waste time on frivolities. A popular saying goes that if you keep throwing stones at the dogs barking at you, you will never get to your destination. This too illustrates that rich mindset. The rich do not waste time on complaints, condemnation and criticisms.

This theory is of two positive sides. Thus, inversely, the rich deal with criticisms, complaints and condemnation how they ought to be dealt with. On the other hand, the poor tend to expend so much time and energy on the 3 capital Cs; Complaint, Condemnation and Criticism. People who do these habitually are said to have more reasons to remain in poverty, and it has always been a distinguishing element between the rich and the poor.

Recommended: Most Powerful Cars In The World 2022 (With Pictures)

7. The poor wants to attain richness: Poverty is the unfavourable side. There is no person that is comfortable with poverty. Almost all the poor persons desire to become rich one day and even if they do not consciously make effort to exit the poverty zone, they would gladly embrace the rich zone if it were to happen by chance. So, the poor generally desire to be rich but the rich do not ever desire to have a taste of poverty.

The rich rather strive everyday to maintain his financial status or at best, level up his status. Thus, richness is a continuous process. Every rich person stands the risk of poverty. Therefore, there is a continuing demand on the side of the rich to aim higher, lest he falls back to the pit. While the poor aspires to become rich, the rich never aspires to have a taste of poverty.

The poor does not believe that wealth comes from information. He sees the act of investing on information as unnecessary and as such a compound waste. The poor is unable to process how possible it is for information to yield wealth. The poor is not well informed about possibilities, opportunities, and so on. Nothing much concerns the poor with information.

Recommended: Countries With Highest Crime Rates in the World 2022

9. The poor is always skeptical about a lot of things while the rich can be trusting: The poor has the tendency to always be at the defense side. He always has a doubt about something as relevant. The poor is less likely to trust or even be trusted. The poor may always find everything tricky. There is always a fight for insecurity and flaws. The rich on the other hand can be trusting. Their trusting nature began from the fact of believing in the process, not being skeptical about slim chance opportunities, and consistency.

The rich may be on a regular exposure to losses but then they always replenish because they have the means. They are more relaxed and less protective personally, not as though they do not have doubts; they chose to ignore them.

Also see: Most Powerful Families in The World (With Pictures): Top 10

11. The rich value time: The rich tend to understand better the language of time. The rich understands how much of a money time is that he wouldn’t mind buying time at all cost. The rich is in charge of time even when time proves to be independent and freewill. On the same side, the rich respect time and places so much value on time.

The rich and the poor are at two opposing imaginary ends in the society. Without the poor, being rich is meaningless and vice versa. What primarily distinguishes the two sides is the economic capacity, and the higher the capacity the greater the influence.