Home » Fashion Updates and Trends » Fastest Rappers In The World (With Pictures) 2023: Top 12 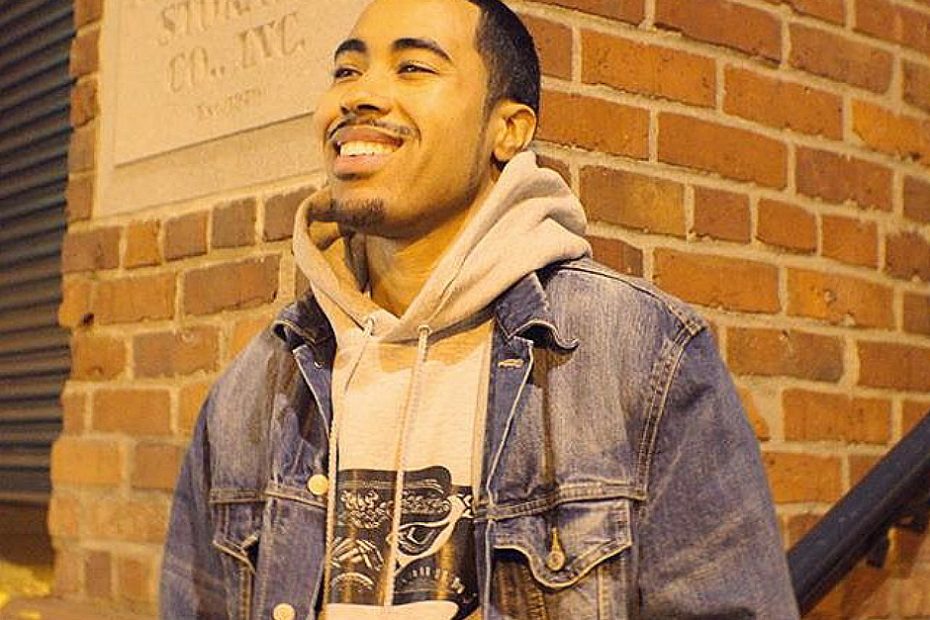 Fastest Rappers in the world 2023: Rapping is just the ability to speak swiftly and in a rhythmic pattern. As a result, there are times when raps are simply spoken rather than written. While some rappers have faster song flows, some have been discovered to have faster rhyming speeds. Hip-hop enthusiasts have been searching for the world’s fastest rapper, but most of them have no idea who he is. It’s not about gaining fame; it’s about finding the right rhymes and rapping pace.

The title of quickest rapper is awarded based on both pure speed and public popularity. Many well-known and lesser-known Hip-Hop musicians are among the names included in this article.Although the average pace of a Hip-Hop song is between 100 and 120 beats per minute, some artist can go faster.  World-class rappers have delivered their lyrics at speeds of 200 beats per minute or even quicker on several occasions including in rap competitions.

Recommended: Best and most popular musicians in Africa

1. MARSHALL MATHERS (EMINEM): Eminem, whose real name is Marshall Mathers III, began rapping when he was 14 years old. Dr. Dre and Interscope Records published his big label debut, the now multi-platinum The Slim Shady LP, in 1999, which catapulted him to fame. It was followed by the even more popular and hugely profitable The Marshall Mathers LP in 2000, which earned him a Grammy Award for Best Rap Album in 2001. 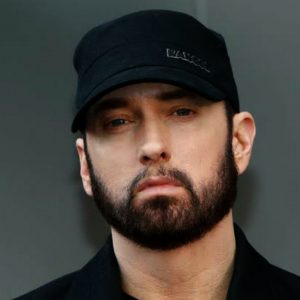 Who Is The Current Fastest Rapper

For the most words rapped in a successful single, the musician holds the Guinness World Record. Rap God, a tune that packed 1,560 syllables into a 6-minute song, set a new record in 2013. This song had a remarkable 9.6 words per second speed.

2. TWISTA: Twista is a rapper that hails from the United States of America.His rhyming style is what makes him famous.According to Guinness World Records, he set the world record for the fastest English rapper in 1992, saying 598 words in 55 seconds. After featuring on the hit tune “Po Pimp” by Do or Die in 1997.His album “Kamikaze” topped the Billboard 200 album list in the United States.Twista’s estimated net worth is $7 million as of 2022. 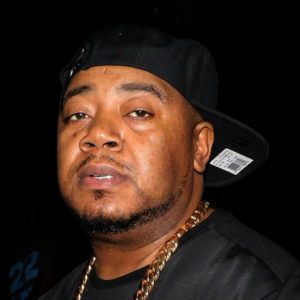 Eminem fastest rapper in the world

Twista has continued to put out music at a rapid pace, collaborating with well-known singers and producers such as Kanye West, 50 Cent, and Timbaland.

3. BUSTA RHYMES: Trevor Smith Jr. is a rapper, actor, and record producer from the United States who goes by the stage name Busta Rhymes. He’s best known for his rhyming skills, and his eye-catching clashing clothing makes him one of hip-most hop’s recognizable figures. Busta Rhymes is without a doubt one of the fastest rappers on the planet. His talent to rap is aided by his ability to speak swiftly and physically move quickly. Busta Rhymes, the World’s Fastest Rapper, is on his way to becoming a rap legend. 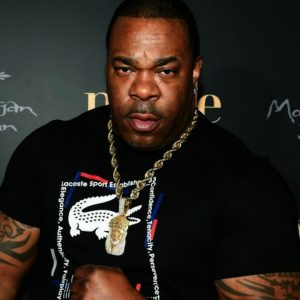 The fastest rappers of all time

4. OUTSIDER: Shin Ok-Cheol is a South Korean actor who was born in the city of Boseong. Shin graduated from Boseong College with a Bachelor of Fine Arts (BFA) in sculpture and painting. Shin Ok-cheol, often known as Outsider, is a South Korean rapper who can spew out rhymes at a rate of 22 words per second with ease. 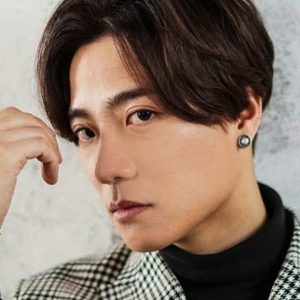 He’s the quickest rapper in Korea. He received the title of Korean World Cup Ambassador after writing a hip-hop song for the 2002 Korea Soccer World Cup after winning various rap competitions over the years, including one when he rapped for 22 minutes and 21 seconds without pausing.

Shin Ok-Cheol became a household name in South Korea thanks to his incredible rapping talent. Shin has been dubbed the “World’s Fastest Rapper” by South Koreans. Shin’s hip hop style is lightning fast,rapping up to 721 syllables in 21 seconds.

5. TWISTED INSANE: Michael Johnson is a rapper and songwriter from San Diego, California, who goes by the stage name Twisted Insane.

He used to brag about his ability to write poems at a hundred words per minute in high school. He started rapping when he was twelve years old and has mastered the art of maintaining coherency throughout his songs. 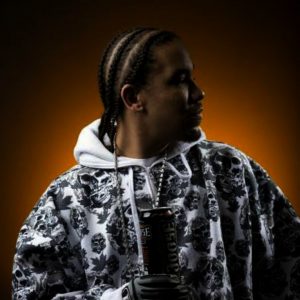 Fastest Rappers in the world

Twisted Crazy is a self-taught artist that has had a lot of success. His rap style is unique in that it maintains the subject of his songs inside the realm of rhyme. He started making rhymes when he was 12 years old and has steadily improved since then, reaching a world record of 15.6 syllables per second in Dome Split.

6. TECH N9NE: Aaron Dontez Yates was born in Los Angeles, California, on November 8, 1971. His stage name is Tech N9ne, and he’s been an independent musician since 1991, when he founded Strange Music. Throughout his career, Yates has sold over three million CDs and had his music featured in films, television shows, and video games. In hip hop, his increasing tempo and quality of flow have gained him plaudits, solidifying him as one of the game’s best rappers. 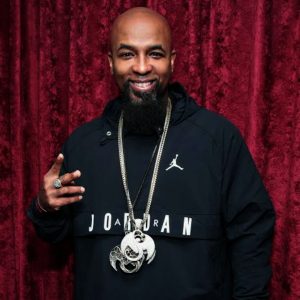 Who is the fastest rapper in the world 2022

If you’re looking for the World’s Fastest Rapper, go no farther than Tech N9ne. This scary MC can rap at speeds of up to six words per second, according to the Guinness Book of World Records. What are your thoughts?

Recommended: Countries with the Most Beautiful Women in Asia

7. KRAYZIE BONE: Krayzie Bone never wanted to be regarded as the world’s fastest rapper; instead, he preferred to be known as the most melodious. Krayzie grew up in a low-income home and was born Anthony Henderson on June 17, 1973, in Cleveland, Ohio. He began stealing cars at a young age to help his family pay their bills. His debut album, Thug Mentality 1999, sold over 500,000 copies and earned him several awards. 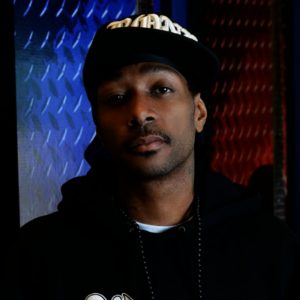 Krayzie Bone has a number of songs to his credit, including “Thuggish Ruggish Bone,” “1st of the Month,” “Look into My Eyes,” and others. Krayzie Bone, an American rapper with a net worth of $13 million.

8. TONEDEFF: Tonedeff is one of the world’s fastest rappers, with a top speed of 3.2 syllables per second, according to Guinness World Records. He’s been featured in XXL magazine as well as Noisey, Cracked.com, and other media. Tonedeff has demonstrated his abilities by participating in over 100 rap fights and producing over 100 music videos. 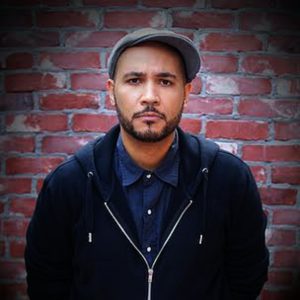 Who is the second fastest rapper in the world

Tonedeff was an underground star who signed to the now-defunct Grand Royal label of the Beastie Boys in 1999. Even after leaving Grand Royal for Megaforce Records, a Warner Music Group subsidiary, he has retained his prominence.

9. DIZZEE RASCAL: Dizzee Rascal is a British fastest rapper, mc, songwriter, and music producer who is credited with founding the grime genre. His debut album, Boy in da Corner, was released in 2003 and introduced a fresh sound to the genre, blending hip-hop, electro, and UK garage music. This new genre was dubbed “grime.” 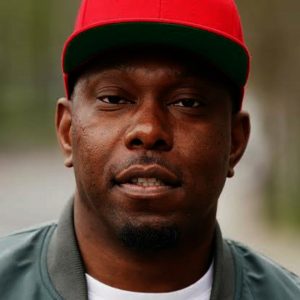 Who is the worlds fastest rapper

His smash single “Bonkers” and subsequent albums Showtime (2006) and Maths + English (2006) helped to expand the rapper’s popularity (2007). Dizzee Rascal, the UK’s fastest rapper, has won both a BRIT Award and an Ivor Novello Award for Best Songwriting. He has received nominations  for two Mercury Prizes, three MOBO Awards, and two BRIT Awards.

10. CRUIFIED: Crucified the Rapper, a highly brilliant artist with a smooth style and wordplay, is one of the world’s fastest rappers. When you consider Crucified’s newest hit, “Powered Up,” where he dropped a record of 28.9 words per second, compared to 25.3 syllables per second in his prior tracks, it’s little surprise he’s been dubbed among  the world’s fastest rapper. 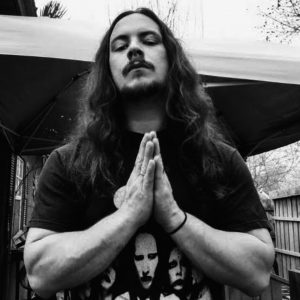 Since he discovered it, he has been bragging about it, and many people have been in awe of it. It even made his name buzz for days on social media.

Rapper, video producer, and songwriter, NoClue hails from Seattle. He began penning his songs before the age of nine and was already reciting raps as a young boy. His grandfather, who was a member of The Singing Galatians, was the source of his early musical experience. 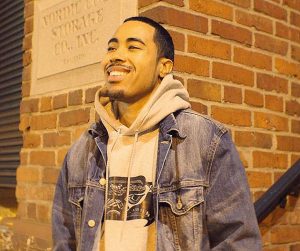 The Guinness Book of World Records named NoClue the “Fastest Rap MC” in the world in January 2005. He achieved this championship by rapping 723 syllables in 51.27 seconds for his song, “New West.” His record is 14.1 syllables per second on average.

NoClue is one of the fastest rappers in the world and has a successful background in video creation. His companies, Long Live LLC and Cinema 28, which create music videos, model portfolios, and other media, are led by him as CEO and founder.

12. EL CHOJIN: Originally from Madrid, El Chojin is a rapper and songwriter. The Guinness World Record for the most syllables rapped in one minute is currently held by El Chojin among all the quickest rappers in the world. El Chojin delivered 921 syllables in just one minute of rap! 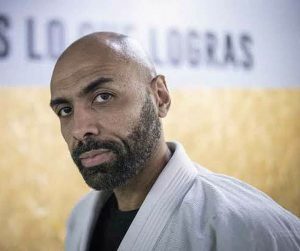 El Chojin was formerly a member of the Wild for da Night (WFN) gang before becoming a solo artist. He also became a member of the 995 group, and the two of them collaborated on the release of four albums.

El Chojin, a solo musician, has put out music with a variety of socially conscious themes. His lyrics addressed racism, prejudice against immigrants, and drug usage. His solo, “Mi turno,” is regarded as his most “radical work,” but other significant tunes include “Lola,” which urges condom use, and “El conclusion del cuento de hadas,” which opposes gender-based violence.

They also mess about with the work to come up with some incredible songs. They’re all well-known and have a few hit singles under their belts. A fan of the genre will tell you everything you need to know.