Facts, issues and judgement of the court in Kesavananda Bharati v State of Kerala: There is no doubt that fundamental human rights are the foundation of peaceful co-existence in a democratic society. It is said that human rights are inalienable and immutable; that one is born with these rights, regardless of the existence of law that guarantees it, but that the existence of these rights in the law of the state, and not just any law, in the Constitution of the state, guarantees these rights against violation; and where there is a violation, ensures that there can be a remedy for such violation.

According to O.W. Igwe, in his book Tracing the Nativity and Content of Human Rights, human rights are entitlements, endowed on individuals simply by virtue of their humanness and that these rights can not be extinguishable even in cases of massive, consistent and systematic derogation. 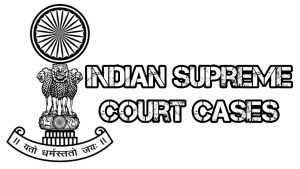 The essence of the power of amendment is to keep the laws of the country abreast with the current developments, without which, the laws will be inadequate.

The question becomes: to what extent does the legislature have power to amend laws? How much caution should be exercised in the amendment of the basic law of the state- the constitution.

At what point is the exercise of such powers tyrannical and away from the purpose for which a constitution is made?

The case of Kesavananda Bharati Sripadagalvaru & Ors v State of Kerala & Anr. is an important case in the state of India. It determines the question of the extent of the power of the legislature to make amendments in the Constitution.

It expounded the basic structure doctrine.

The petitioner owned some acres of land in a religious sect, of which he was the chief. When the Government enacted the Kerala Reform Act of 1869 which enabled it to acquire the sect’s land, the petitioner alleged that his fundamental rights under Articles 25,26, 14, 19(1)(f) and 31 of the constitution have been violated and brought a petition under Article 32 of the constitution.

The petitioner applied to amend his writ to challenge the constitutional amendments that took place. The court allowed the application.

a. Whether or not the human rights guaranteed by the constitution can be abrogated by amendment of the Constitution.

c. The validity of clause 4 of Article 13 of the Constitution.

Judgment of the court in Kesavananda Bharati v. State of Kerala

It supported the case of Golaknath v State of Punjab which held that the Constitutional amendment by the parliament could be subjected to judicial review where it affects the basic structure of the Constitution.

The validity of Article 13 (4) of the Constitution was upheld.

Various Articles were considered. Apart from the other provisions of Part III which deals with fundamental rights, alleged by the petitioner to have been violated, the provisions of Article 368, 31 and 13 of the Constitution were considered in this case to answer the question of whether the parliament can, in exercise of their power to amend, derogate from the fundamental human rights.

While Article 368 empowers the parliament to amend the Constitution, following the procedures set down thereunder, Article 13(1)(2) provides that any law in derogation of fundamental rights shall be void and that the state must make laws in conformity with the Constitution.

It is also worthy of note that Article 13(4) prohibits amendments that are inconsistent with fundamental rights.

Here, the court in determining the validity of the constitutional amendment, considered whether the decision in Golaknath v State of Punjab was decided rightly or not.

The court has stated that the Constitutional amendment is included in the word ‘law‘ in Article 13.

The court also considered the preamble to the constitution and held that, in consideration of the powers of amendment of the parliament, the objectives and goals of the preamble should not be defeated.

Shelat and Grover, JJ stated in the judgement that while the power of the parliament to amend the constitution is to be preserved, such preservation should not result in the destruction of the identity of the Constitution.

Conclusively, the decision in this case leaned towards the protection of fundamental rights, while still preserving the power of the parliament to amend laws. It protected the integrity of the Constitution by paying close attention to its principles in the preamble and ensuring that the constitutional structure is not demolished by the exercise of parliamentary powers.