Home » Fashion Updates and Trends » Most Consumed Foods In The World (With Pictures): Top 8 Most Eaten

Most Consumed Foods In The World (With Pictures): Top 8 Most Eaten 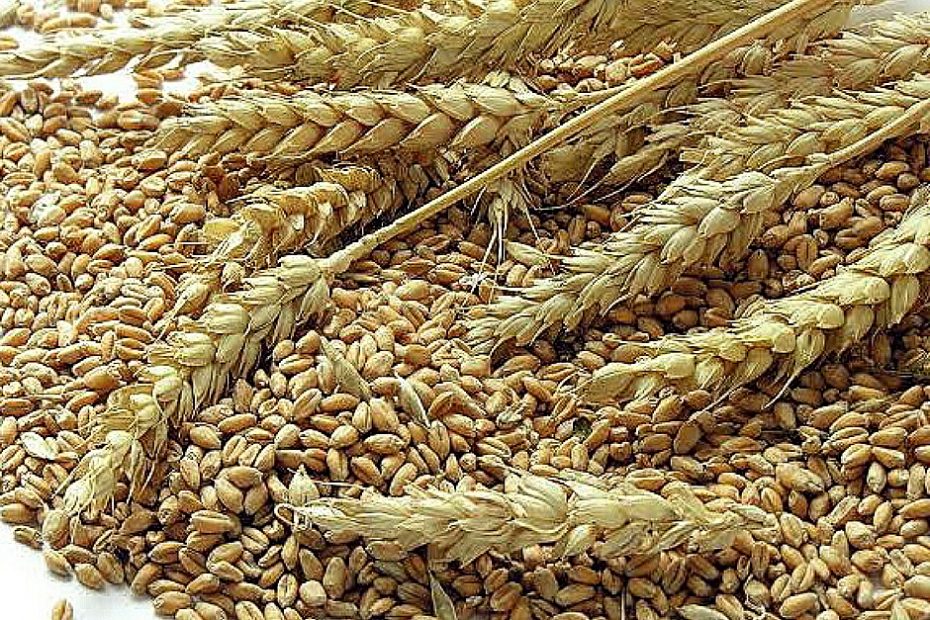 Most Consumed Foods in The World: Food is any solid substance that can be consumed by any living organisms, particularly by eating, in order to nourish the body and sustain life. Food is one out of the three basic necessities of life. Human beings need food to live and thrive every day. A greater percentage of the state’s economy is determined by the balance placed on the production and availability of food and its consumption. Every country strives to be a greater producer of foods to an amount that is adequate for its citizens, and still have enough for exportation and trades.

Countries who have poor agricultural sector and poor production output are usually dependent on foreign aids though which foods are imported into the country. This further explains how much of a basic need foods are. Generally, foods have territorial limits in the sense that there are many foods that are peculiar to a given territory. Such foods may only be obtained in a given countries unless others acquire it through trades and importation. On the other hand, there are still foods that are commonly found and had virtually in all countries.

There are also foods that though they are peculiar to certain countries, they have gone viral to many parts of the world through trades, importation, agricultural and technological advancement Not only that such foods are very obtainable in many parts of the world, but also that they are very much acceptable as foods and they are being consumed by many, regardless of the fact that the manner in which they are prepared and consumed may vary according to places and consumer’s personal choices.

Recommended: Countries With The Best Food

Top 8 Most Eaten/Consumed Foods in The World

Here are the most consumed foods in the world:

1. Rice: I was pretty sure you have rice on your mind and you are absolutely not wrong. Rice is considered to be the most consumed food in the world. More than half of the world’s population consumes rice, particularly in Africa, Latin America and Asia. Rice is also one of the highest produced crops in the world. Rice is also the food that is most consumed directly. It is produced for direct consumption and not usually for other purposes such as further production as in raw materials. 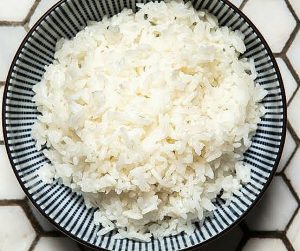 What is the most eaten food in the world 2022

China which is the most populous country in the world is the country that consumes rice the most with a consumption rate of about 154.9 million metric tons in a year. Other countries that consume rice the most include India, Indonesia Japan, Burma, Thailand, Vietnam, Bangladesh, Brazil, Philippines and Nigeria. China and India are the countries that produce rice the most. Their production combined together accounts for more than half of the world’s rice production.

Rice has varieties which includes short, medium and long-grained. Its substantive form however remains the same. Rice does contain fibre, Vitamin B, Iron, manganese and protein. Its method of preparation and hoe the food is served may vary depending on the territory.

2. Corn (maize): Corn is an annual cereal crop and a type of grain of the species Zea mays. It is the second-must consumed food in the world. Corn is consumed as food by both humans and livestock. It is equally a raw crop that is further used to produce edibles and biofuels. The relevance of corn in the production industry has contributed to its increased production rate. Corn is now cultivated in virtually all parts of the world. 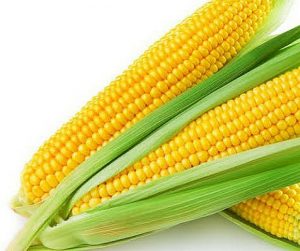 Most consumed food in America

The production corn is estimated at over 1.2 billion tones in a year. It was the Southern people that first domesticated corn. Today, the countries that top the list of maize production, consumption and exportation are the United States, China, Brazil, Argentina, Ukraine, India, Mexico, Indonesia, South Africa and Russia. Corn is a staple food for the majority of world’s population. It contains fibre Vitamin C, fat, carbohydrates, calories, protein, at sugars, Sodium and thiamin.

3. Wheat: Wheat is a light brown coloured cereal grains that yields flour. It is one of the largely produced and consumed foods across the globe. Wheat can also serve as raw material for further production of foods. Wheat contains dietary fibre, carbohydrates, calcium, iron, B-vitamins sodium, zinc, phosphorus, potassium and protein. 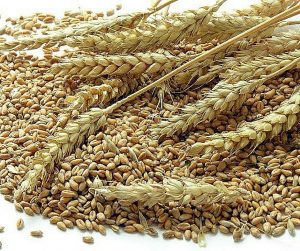 Most Eaten Foods In The World

There consumption of wheat has permeated over 173 countries. China is the global highest producer and consumer of wheat while Russia is the highest exporter. Other top wheat-producing countries include the United States, Canada, France, Pakistan, Turkey, India, Ukraine and Turkey.

4. Egg: Eggs are common foods in all parts of the world laid by female birds and other animals. Annually, over 100 million metric tons of eggs are produced across the globe. Eggs are considered one of the most nutritious foods in the world. It contains almost all the vitamins and minerals needed in the human body system. Other of its contents is calories, protein, carbohydrates, fat, Iron, choline, iodine and so on. 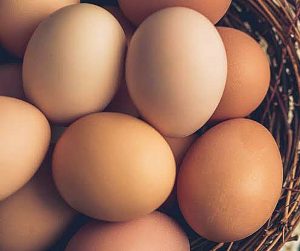 Which is most consumed food in the world?

Eggs are affordable and easy to prepare in whichever way the consumer wants to. China is the leading egg producing and country in the world with multi-billions of egg production, followed by India, Indonesia, Unite States, France, Germany, Mexico, Turkey, Russia, Brazil, Japan, Slovakia, Malaysia, Belarus, Paraguay and Ukraine. Japan is considered the greatest consumer of eggs amidst other competing consumer countries.

5. Bread: Bread unlike the list so far, is not a natural food. It is an artificial production from flours. Bread is consumed by virtually all parts of the world. It can be bought and prepared in any manner the consumer so desires, even without any preparation or combination. Regardless of being an artificial produce, bread is endowed with nutritional values, the most dominant which is carbohydrate. 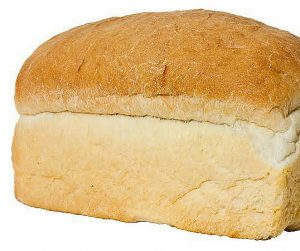 The 10 Most Popular Foods in the World

There are types that contain fibre. Being an artificial produce, bread can contain any nutritional element at the instance of the bakers. Germany is leading as the country that consumes bread the most. Other leading countries are Italy, Russia, Belgium, The Netherlands Greece, France, Ukraine, Bulgaria and Turkey. Bread is a least exported or imported produce because majority the countries do produce theirs.

Also see: Most dangerous foods in the world

5. Pasta: Pasta is a starchy food made from flour, water and other ingredients. The production of pasta has as permeated virtually all parts of the world. So many countries produce pasta domestically and still import from other countries. Pastas are produced in their desired forms, shapes and sizes and can be consumed in any manner so desired by the consumer. 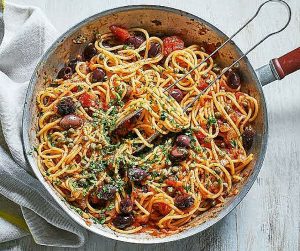 What are the top 10 most eaten food in the world?

7. Apple: Apple is a very ancient nutritional fruit that is known to and consumed by all the countries. It is the most popular fruits in the world. Apple is of varieties and some varieties do not grow in all parts of the country. So, there are countries that rely on importation of apples. 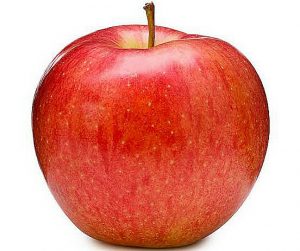 Most Consumed Foods in The World

Yet, apple is one of the most consumed foods in the world. Apples are consumed the most by countries like China, Russia, Turkey, Mexico, South Africa, Poland, France, Germany, United States and Japan. Apple is a food without fault in its nutritional content. The United Nations Food and Agriculture Organization listed apple as the most consumed fruit in the world.

Also see: Most beautiful animals in the world

8. Pizza: Pizza, though an artificial food, has gotten world recognition; pizza being consumed in most part of the world. Pizza has its origin from Italy. It is made of flour, cheese, tomatoes, meet, sausage, onions, mushrooms and other ingredients. 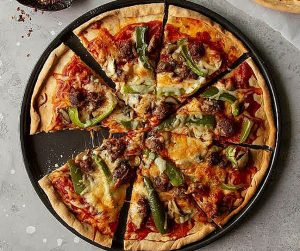 In fact, pizza is a food made up of certain ingredients. Leading pizza-eating countries are Norway, United States, United Kingdom, Dubai, Russia, Italy and Germany.

Recommended: Countries With The Highest Tax Rate In The World 2022

Foods that are in existence in the world today are numerous. This includes both natural and man-made foods. Somehow and for whatever reasons, a number of foods are very acceptable and have been accepted and being consumed more in many parts of the world. This article has highlighted the most consumed foods in the world.